‘Fantastic Beasts’ to Debut Below All Potter Films

After five years away from the big screen, Harry Potter is back. Well, not exactly. Rather, Warner Bros. is releasing the first in its series of “wizarding world” spin-offs, starting with Fantastic Beasts and Where to Find Them.

Back in 2001, J.K. Rowling wrote a textbook of the same name, covering the magical creatures in the Potter universe. Fantastic Beasts does share the name, but it’s an entirely new adventure. Set in 1926, there is no Harry Potter. Hogwarts and Albus Dumbledore are just referenced. Even Lord Voldemort isn’t born yet. Fantastic Beasts follows oddball magizoologist, Newt Scamander (Eddie Redmayne), travels abroad to America. After creatures escape from his magical briefcase, Newt must venture around New York City and catch them all. Didn’t we have enough Pokemon GO this summer? Still, it’s no wizarding world film without dark wizards causing terror. And there’s plenty of evil lurking in New York City.

For anyone expecting another Potter hit, prepare to lower your expectations. It’s been five years since Harry Potter and the Deathly Hallows – Part II hit theaters. And while that finale broke the opening weekend record in 2011, Fantastic Beasts will be lucky match half. Yes, Fantastic Beasts has received positive reviews, currently sitting at a 75% on Rotten Tomatoes. Think of it more of The Hobbit: An Unexpected Journey. You have a new franchise that’s tied in, has some of the beats of the original, but isn’t quite the same. Fantastic Beasts isn’t the “event” film Harry Potter and the Sorcerer’s Stone was 15 years ago. Diehards might be onboard, but it’s not the draw from 2001 or 2011 for that matter.

Fantastic Beasts got an early start on Thursday at 6 p.m. in 2D, 3D and IMAX 3D engagements. If safe to say that this will be the lowest debut of nine films. Order of the Phoenix and Half-Blood Prince are practically tied with a franchise-low $77 million. Then again, much of that is contributed to a Wednesday debut. Fantastic Beasts is opening Friday and could be conjuring a lower $75 million haul by Sunday. 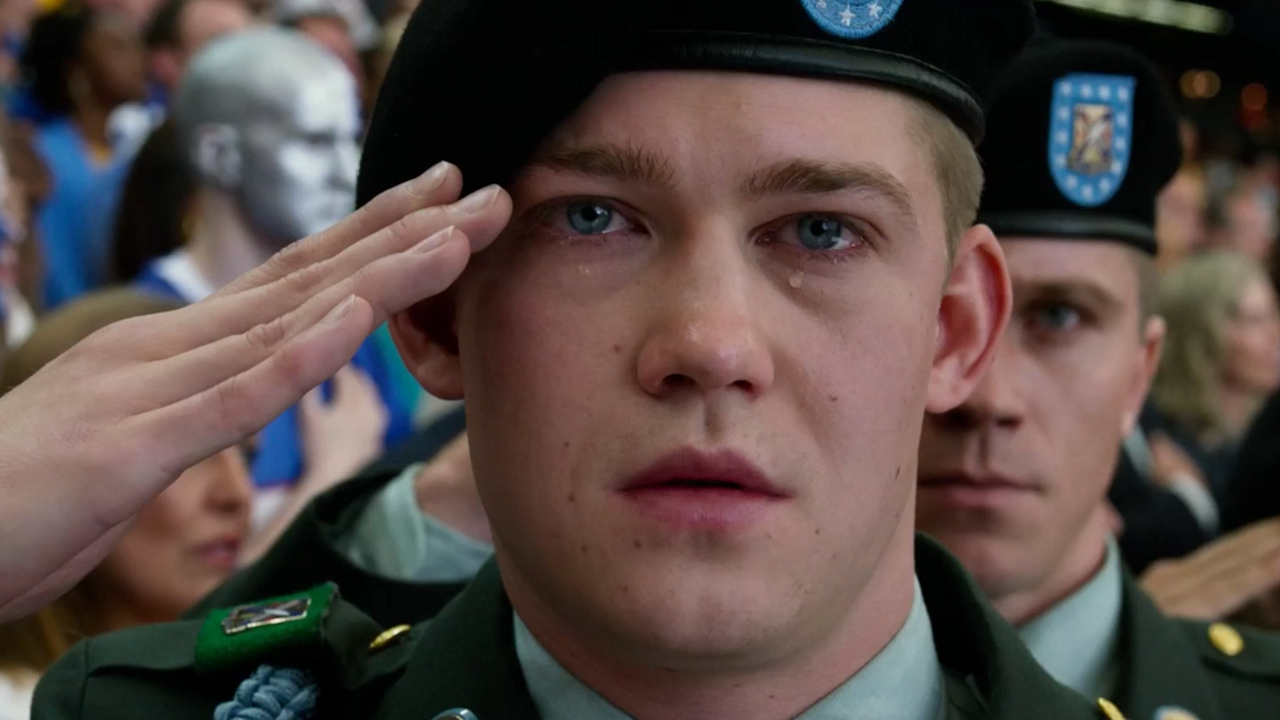 For those not returning to the world of magic, a few smaller films are on the radar. Once Oscar hopeful, Billy Lynn’s Long Halftime Walk expands this weekend to 1,176 theaters. Directed by Ang Lee (Life of Pi, Brokeback Mountain), Billy Lynn tells the story of a 19-year-old soldier who is honored during a Thanksgiving halftime special. Throughout the film, Joe Alwyn’s Lynn recounts his tours in Iraq and how it affected him.

The main buzz going into the film was it being shot in 120 frames per second. Back in 2012, The Hobbit: An Unexpected Journey amped up the frame rate to 48 frames per second, leaving many viewers sick. Billy Lynn performed well in one week of release, pulling in over $100,000 in just two theaters. With mixed reviews, it’ll be interesting to see how well it resonates with the mainstream. A $2 million weekend is possible.

Another film expected to fly under the radar this weekend is boxing drama, Bleed for This. Miles Teller stars as Vinnie Paz, a boxer who refuses to leave the sport despite injury. While the film has been receiving generally positive reviews, a theater count just above 1,500 doesn’t make for a big box office. Expect a $5 million weekend.

'Fantastic Beasts' to Debut Below All Potter Films After five years away from the big screen, Harry Potter is back. Well, not exactly. Rather, Warner Bros. is releasing the first in its series of "wizarding world" spin-offs, starting wit...
0
Average User Rating
0 votes
Please sign in to rate.