‘Ghost in the Shell’ Collides with Newcomer ‘The Boss Baby’

Disney’s blockbuster behemoth, Beauty and the Beast has been the must-see event of 2017. And it’s without question that audiences will continue to flock to the live-action musical as it pushes its way to $400 million. However, Paramount’s adaptation of anime Ghost in the Shell and Fox’s The Boss Baby will attempt to make an impact over the weekend.

Based on the Masamune Shirow of the same name, Ghost in the Shell was one of the most influential animes when it was released in 1995. The series has spawned sequels (Ghost in the Shell 2: Innocence and Ghost in the Shell: The New Movie) as well as shows (Stand Alone Complex and Arise). Simply put, it’s been a pretty big deal the past 22 years for the genre.

Due to the franchise’s popularity, Paramount is attempting a live-action iteration of the anime. In futuristic Japan, cyborgs are commonplace, though they still have a fragment of human consciousness called a ghost. A cybernetic officer known as The Major (Scarlett Johannson) along her organization Section 9 are out to bring down cyber criminals.

Anticipation for Ghost in the Shell has been mixed. While beloved by anime fans, there was skepticism whether or not a Hollywood production could it justice. The anime tackles various philosophical ideas about human and cybernetic existence. The themes of the 1995 anime as well as its 2004 sequel have been considered deep for mainstream audiences. The trailers have focused more on the action than its philosophical overtones, which concern fans. Additionally, the casting of Scarlett Johannson as the Major has caused controversy with whitewashing.

The film’s received mixed reviews on Rotten Tomatoes, currently at a 58%. Here at We Live Entertainment, Franchise Fred was pleased with the film, stating it “did a good job making the concepts digestible and giving it narrative drive.” Ghost in the Shell opens 7 p.m. in 2D, 3D and IMAX 3D engagements before its Friday release in 3,440 theaters. A modest $21 million haul by Sunday would be a fine opening. 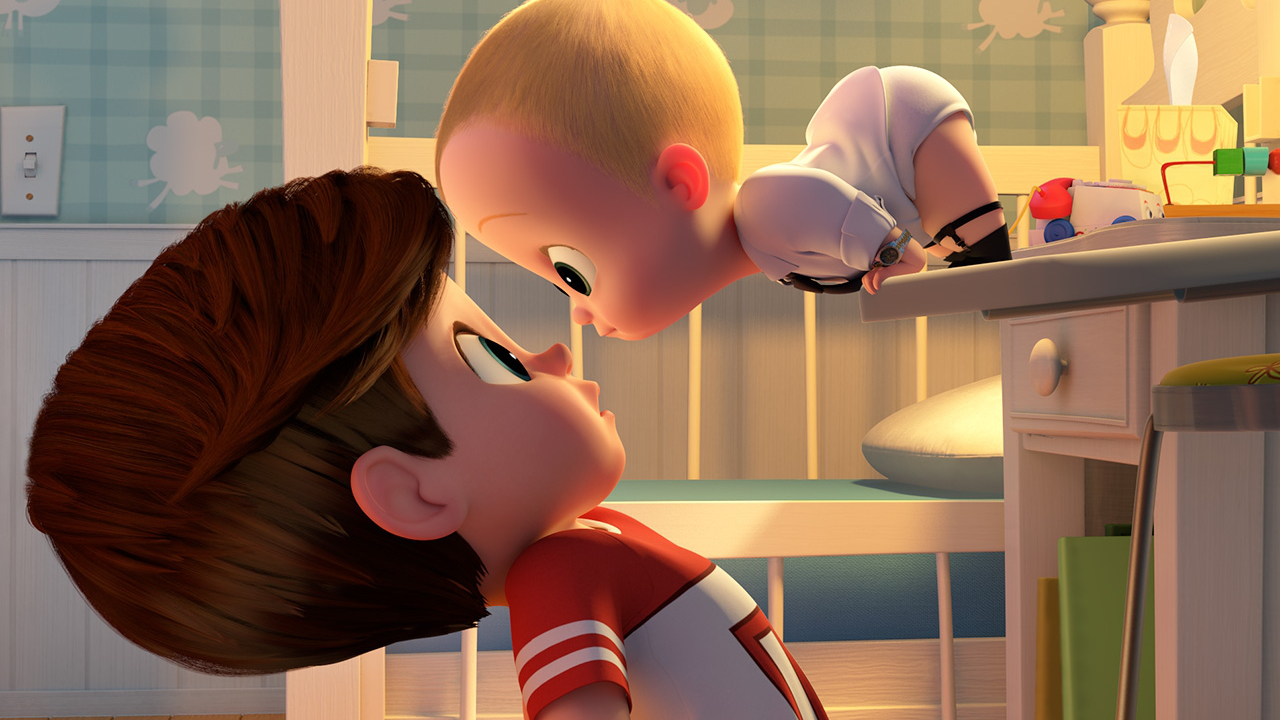 While Ghost in the Shell will be taking away Beauty and the Beast’s IMAX screens, the Disney hit will also have to contend with The Boss Baby. The DreamWork Animation, Fox collaboration is based on the 2010 picture book of the same name. Tim (voiced by Miles Christopher Bakshi) is an ordinary seven-year-old kid. One day, an infants wearing a business suit shows up on his doorstep, who’s not your ordinary baby. He’s the Boss Baby (voiced by Alec Baldwin), who can talk like an adult and acts like an adult. The pair don’t really like each other that much, but will do anything for the Boss Baby to finally leave.

DreamWorks Animation can typically click at the box office no matter what time of the year. And The Boss Baby should be no exception. Currently at a 36% on Rotten Tomatoes, The Boss Baby is shaping up to be the studio’s worst received movie besides Shark Tale (35%). But even the 2004 animated flick opened to $47 million. It helps that there’s no animated competition out there at the moment. The Lego Batman Movie has died out after a month or so. And there’s nothing out there for families besides Beauty and the Beast.

Fox is kicking off the weekend way early with 5 p.m. engagements Thursday night. In over 3,700 theaters, The Boss Baby will have no problems racking up at least $30 million over the weekend. DreamWorks’ March releases, Mr. Peabody & Sherman managed $32 million, while Home blew past $52 million. $33-35 million seems reasonable.

'Ghost in the Shell' Collides with Newcomer 'The Boss Baby' Disney's blockbuster behemoth, Beauty and the Beast has been the must-see event of 2017. And it's without question that audiences will continue to flock to the live-action music...
0
Average User Rating
0 votes
Please sign in to rate.