Last year’s Jurassic World surpassed all expectations with its record-breaking $208.8 million debut. Though that would be broken six months later by Star Wars: The Force Awakens, it was statistical proof that there was still an appetite for the overdue sequel. The case cannot be said about Independence Day: Resurgence, due out in theaters this weekend.

It’s been exactly 20 years since Independence Day became a cultural phenomenon in a time when $300 million domestic was only achieved by a handful of films. In Independence Day: Resurgence, two decades have passed since the aliens waged war on Earth and in standard Roland Emmerich fashion, decimated world landmarks. Since that time, the humans salvaged the alien technology for their own purposes. What they fail to realize is the aliens are back, and back with a vengeance.

Bill Pullman, Jeff Goldblum and Brent Spiner return for this second installment alongside newcomers, Liam Hemsworth (The Hunger Games: Mockingjay – Part 2) and scream queen Maika Monroe (It Follows). Roland Emmerich (White House Down) also returns to direct Independence Day: Resurgence, building his resume of disaster films even more. Will Smith, who was the headliner of the first film, was written out of the film.

Buzz for Independence Day: Resurgence has not equaled the hype of other recent highly anticipated sequels such Jurassic World or The Force Awakens, but not as low key as 2010’s Tron: Legacy. Critically, Independence Day: Resurgence is receiving mixed reviews, currently standing at 52% on Rotten Tomatoes. The 1996 film also received mixed, albeit slightly skewed to the positive side.

As the second fish movie in two weeks, Sony’s The Shallows is making waves this weekend against the alien disaster flick. Blake Lively stars as Nancy Adams, a young professional surfer, who becomes stranded on a rock after a shark attack. Lively hasn’t been a massive box office draw and that isn’t expected to change with The Shallows. Last year’s The Age of Adaline opened to a modest $13.2 million. Films where she’s a supporting role such as Green Lantern ($53.2 million) and The Town ($23.8 million) performed better. Reviews for The Shallows keep the film afloat, currently standing at 77% on Rotten Tomatoes. Showings for The Shallows begin at 7 p.m. on Thursday night before release day on Friday in over 2,800 theaters. By the end of the weekend, the Sony horror film will close in on a $15 million debut. 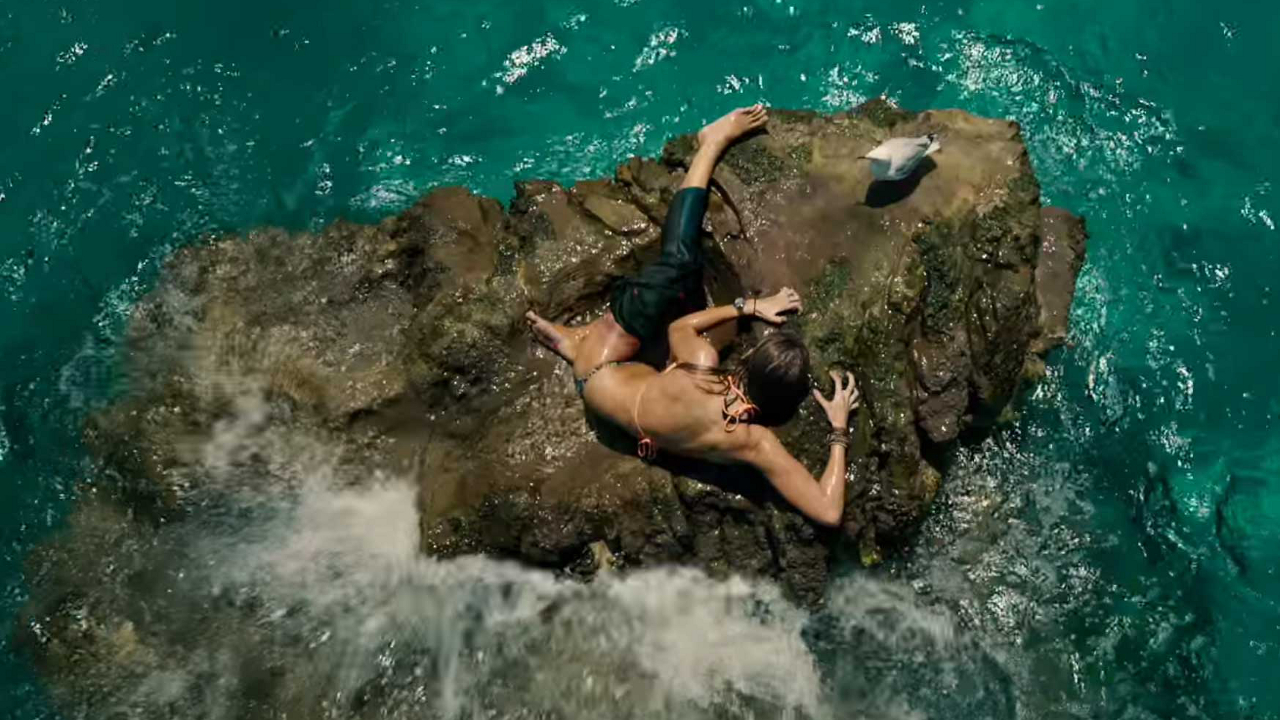 From The Hunger Games and Seabiscuit director, Gary Ross, Free State of Jones is inspired by the life of Newton Knight (Matthew McConaughey), a farmer from Mississippi, who leads a revolt against the Confederacy. The Civil War drama also stars Gugu Mbatha-Raw, Keri Russell and Brendan Gleeson. Reviews haven’t been too kindly to the film, which currently sits at a 37% on Rotten Tomatoes. Showing begins at 7 p.m. for Free State of Jones before being released in over 2,800 theaters on Friday. Free State of Jones is not expected to crack the Top 5 box office by Sunday with an expected $5 million haul.

The last wide release of the weekend come director Nicolas Winding Refn (Drive, Only God Forgives) with The Neon Demon. Elle Fanning stars as Jesse, an aspiring model rising throught the ranks in Los Angles. She quickly finds herself in a cutthroat and murderous environment where style is everything. The Neon Demon has received polarizing reviews. Scott Menzel deemed The Neon Demon as “an ambition art project that loses its identity somewhere along the way.” In about 780 theaters on Friday, the Broad Green Pictures release is expected to come away with $2 million by Sunday.

'Independence Day: Resurgence' to Match 1996 Opening Last year's Jurassic World surpassed all expectations with its record-breaking $208.8 million debut. Though that would be broken six months later by Star Wars: The Force Awakens, it wa...
0
Average User Rating
0 votes
Please sign in to rate.