Even back to The Little Mermaid in 1989, Disney knows exactly how to capitalize on Thanksgiving weekend. With Tangled and Frozen becoming overnight holiday hits, its no surprise that their latest princess film, Moana, is primed for the long weekend.

As their 56th animated film since 1937, Moana transports audiences this time to the Polynesian waters. A young princess named Moana yearns to venture out on open water, consumed by a greater destiny. That doesn’t set well with her father the chief (voiced by Temuera Morrison), who forbids his people from leaving the island. When the food turns bad, Moana sets out to seek the help of the demigod Maui (voiced by Dwayne Johnson) to restore things.

Following many of the tropes of a “Disney Princess” film, Moana is an easy sell to families, looking for the next Frozen. The soundtrack is littered with original songs throughout the film. And we even a “Let It Go” type song carrying this film. Will it be as catchy or played again and again over the radio. Time will tell.

Moana is one of the best reviewed film of 2016, currently sitting at a 97% on Rotten Tomatoes. Disney’s Zootopia only stands one point higher and will make for an intriguing in-studio battle come Oscar time. Here at We Live Entertainment, Ashley Menzel is already calling Moana “a Disney classic for years to come.” Scott Menzel also agrees, praising its “rich storytelling.”

Opening this past Wednesday, Moana has already pulled in $25.5 million in its first two days of release. The latest Disney flick is only trailing Frozen by about $1 million and way ahead of Tangled’s $19.9 million haul. Over the three-day frame, Moana should easily clear $60 million and around $85 million after five days. Could we be looking at yet another $300 million hit for Disney? If so, it’ll join Zootopia, The Jungle Book, Finding Dory and Captain America: Civil War.

For any film not called Moana this weekend, it’ll be a bit harder to make an impact. Robert Zemeckis’ World War II romantic drama, Allied, opened Wednesday. Brad Pitt stars as Max Vatan, a Canadian agent who joins forces with a French resistance fighter (Marion Cotillard). The two have a fake romance behind enemy lines, which blossoms into a real-life relationship. After time in the field, it’s discovered that one of them could be a Nazi spy. 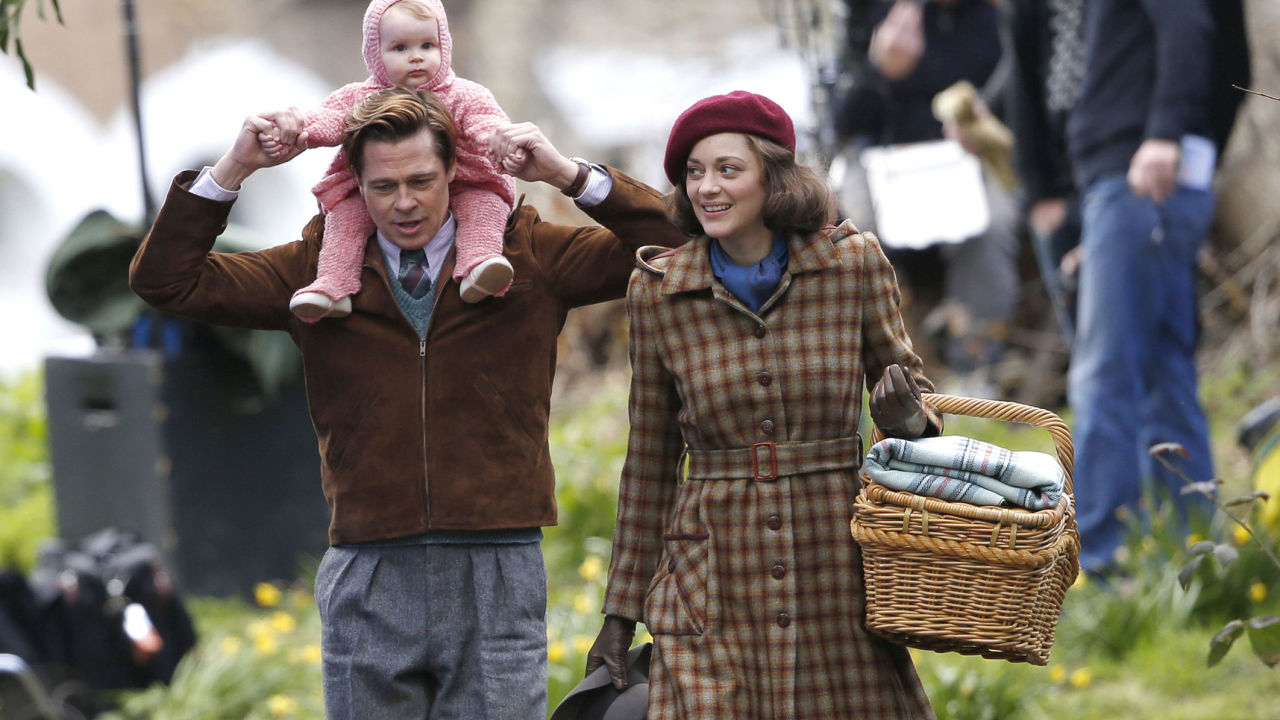 Allied was perfectly positioned for awards season buzz. However, it seems that much of that has faded recently. The film is only scoring a barely fresh 63% on Rotten Tomatoes. Franchise Fred was disappointed by the period piece, referring to the film as a “setback.” Behind Fantastic Beasts and Doctor Strange after two days, Allied has pulled in $5 million. By Sunday, there might be another $10 million in the bank for Zemeckis and company.

This week’s other two releases aren’t performing too well either. After 13 years, Billy Bob Thornton is back for another round in Bad Santa 2. And while the 2003 holiday film was a modest hit for Dimension, it appears the sequel won’t come close to matching the success. After two days, the raunchy comedy has grossed just under $3 million. Sunday might see another $5 million. That will be less than half of the original.

Warren Beatty’s Howard Hughes drama, Rules Don’t Apply, will undoubted be under the radar this Thanksgiving. Between mixed reviews and less the $600,000 in its opening days, there’s not much going for it. Expect $1 million for the Beatty film and a debut outside the Top 10.

'Moana' Follows 'Frozen's' Thanksgiving Success Even back to The Little Mermaid in 1989, Disney knows exactly how to capitalize on Thanksgiving weekend. With Tangled and Frozen becoming overnight holiday hits, its no surprise that their ...
0
Average User Rating
0 votes
Please sign in to rate.