Just like the week leading to Star Wars: The Force Awakens, we’re facing the calm before the storm. The highly anticipated Rogue One: A Star Wars Story blasts into the theaters next weekend, leaving newcomers and holdovers alike scurrying for some extra money at the box office. Can Disney continues its streak at the spot with Moana, followed next week by Star Wars? Or will holiday comedy Office Christmas Party send the Disney princess paddling to second place.

The past month hasn’t been too kindly to holiday comedies. Universal’s Almost Christmas debuted a few weeks back to a decent $15 million. However will two 50%+ drops, the David E. Talbert comedy hasn’t had the typical holiday legs so far. Broad Green Pictures’ raunchy sequel, Bad Santa 2 performed worse. Starring Billy Bob Thornton, Bad Santa 2 is trailing far behind the 2003 original. What does this mean for Office Christmas Party? To be perfectly honest, Office Christmas Party could be looking at better opening than either of the two.

The film comes from the director of 2007 surprise hit, Blades of Glory. That’s not the draw that will bring audiences in. But when you have an ensemble of Jennifer Aniston, Jason Batman, Kate McKinnon, TJ Miller and Olivia Munn, we’re looking at the most star-studded holiday comedy of 2016. The concept is fairly simple and ridiculous at the same time. Basically, Miller and Bateman host the most epic Christmas party possible to impress Aniston’s CEO character, so she doesn’t shut them down.

Reviews have been mixed, slightly lower than Almost Christmas, but way ahead of Bad Santa 2. Franchise Fred was disappointed with the film stating it “is another case study in gathering a bunch of presumably funny actors and plugging them into scene after scene of improv suggestion reject scenarios.” But to general audiences, there may be a little more holiday cheer toward the film. Office Christmas Party opens Friday in about 3,200 theaters. By Sunday, we could be looking at a $17 million debut, which may or not be enough for the top spot. 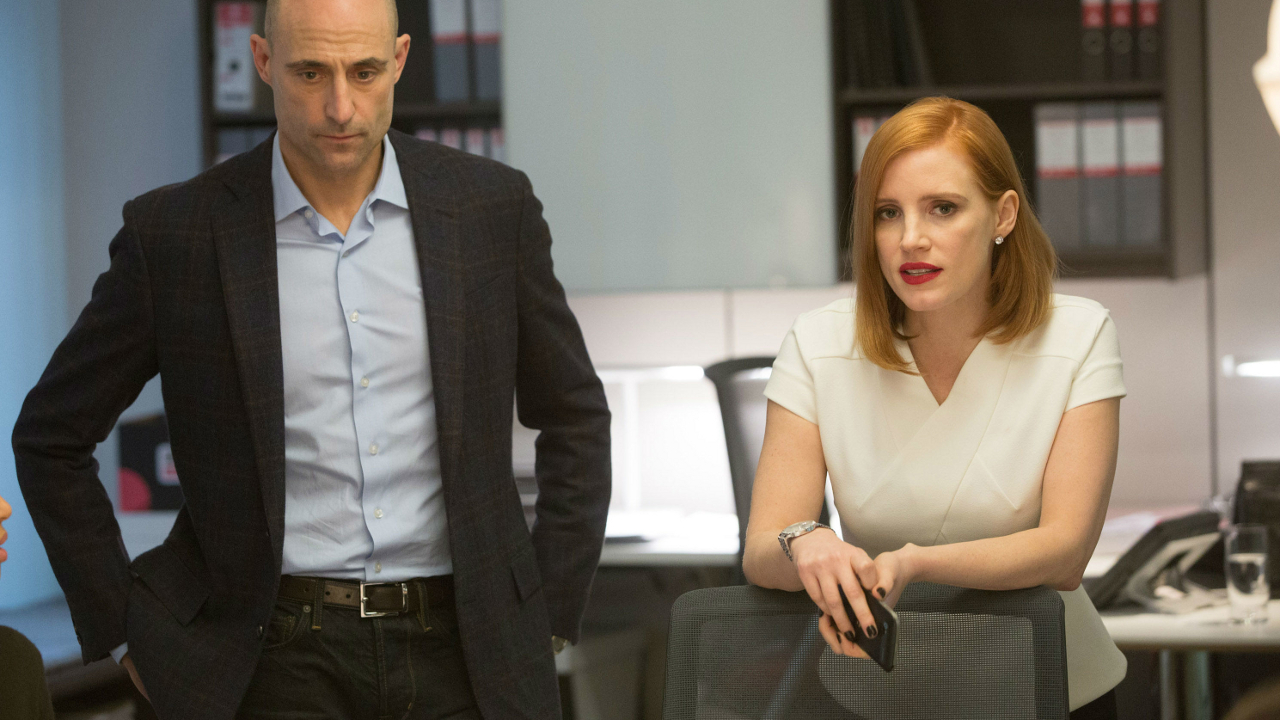 On the awards season front, political thriller Miss Sloane expands this weekend. Jessica Chastain stars as Elizabeth Sloane, a ruthless lobbyist on Capitol Hill hellbent on winning. With her team behind her, she advances a pro-gun control agenda, utilizing some unethical tactics. Shakespeare in Love director, John Madden helms the project, which has been received positive reviews. The critics here at We Live Entertainment were wowed by Chastain’s performance and even consider her a nominee for Best Actress.

Despite expanding to over 1,500 theaters this weekend, Miss Sloane may be overlooked this weekend by many audiences. As many holdovers continue to drop slightly, Miss Sloane will find it impossible to crack the Top 5. Expect the Chastain thriller to pull in about $2 million by Sunday.

Other awards hopefuls, La La Land, Manchester by the Sea and Nocturnal Animals are also slowly creeping into more theaters. La La Land and Manchester by the Sea will get more play once awards season kicks in the high gear. The Amy Adams and Jake Gyllenhaal thriller is seeing a solid leap into just over 1,200 theaters. But like Miss Sloane, none of these films are major box office players…yet.

'Office Christmas Party' Faces Disney's Latest Princess Just like the week leading to Star Wars: The Force Awakens, we're facing the calm before the storm. The highly anticipated Rogue One: A Star Wars Story blasts into the theaters next...
0
Average User Rating
0 votes
Please sign in to rate.