Holiday Event ‘Rogue One’ to Open Shy of ‘Force Awakens’

It’s hard to believe it’s been one year already that Star Wars: The Force Awakens broke the opening weekend record. Grossing just under $1 billion domestically, it’s safe to say that Star Wars is back and bigger than ever under the Disney umbrella. With Rogue One: A Star Wars Story, lightning is not expected to strike twice. Nor does it have to either.

Rogue One is a first for the franchise. Essentially, it’s the first in an “Anthology” series. While still taking place in that beloved galaxy, far, far away, it’s not an official episode. We’ll return to that a year from now with the currently unnamed Star Wars Episode VIII. Instead, Rogue One is an immediate prequel to the original 1977 film. It’s been nearly 40 years and we finally learn how the Death Star plans end up in the possession of one Princess Leia.

Like The Force Awakens, Rogue One follows the trend of a female protagonist. Felicity Jones stars as Jyn Erso, a young woman recruited by the Rebellion to find her father, one of the designers of the dreaded Death Star. Together with a band of rebels, the unlikely team goes on a mission to retrieve important information that we know emerge in the original film.

Anticipation for Rogue One is second-high to last year’s The Force Awakens. A few weeks ago tickets went on sale and Fortune reported that Fandango crashed for the second consecutive year due to overwhelming volume. Even without Skywalkers (minus Vader) or signature lightsaber duels, the hype hasn’t died down. Granted we’re not expecting Rogue One to break the $247.9 million opening weekend record. Some pundits are even keeping numbers around $150 million. That would even be lower than Captain America: Civil War ($179.1 million) and Batman v Superman: Dawn of Justice ($166.0 million) from earlier this year. It’s a shot in the dark where Rogue One could end up by Sunday.

Early reviews have been generally positive, albeit not as high as The Force Awakens. Rogue One currently stands at 84% on Rotten Tomatoes. It’s lower than the 92% The Force Awakens scored a year ago. That shouldn’t be an underwhelming factor by any means. Even if Rogue One opens in that $140-150 million ballpark, holiday legs will keep the latest Star Wars film chugging along throughout the new year.

Rogue One is set to open in a franchise-record 4,157 theaters this Friday. Engagements begin Thursday night at 7 p.m. in 2D, 3D and IMAX 3D. 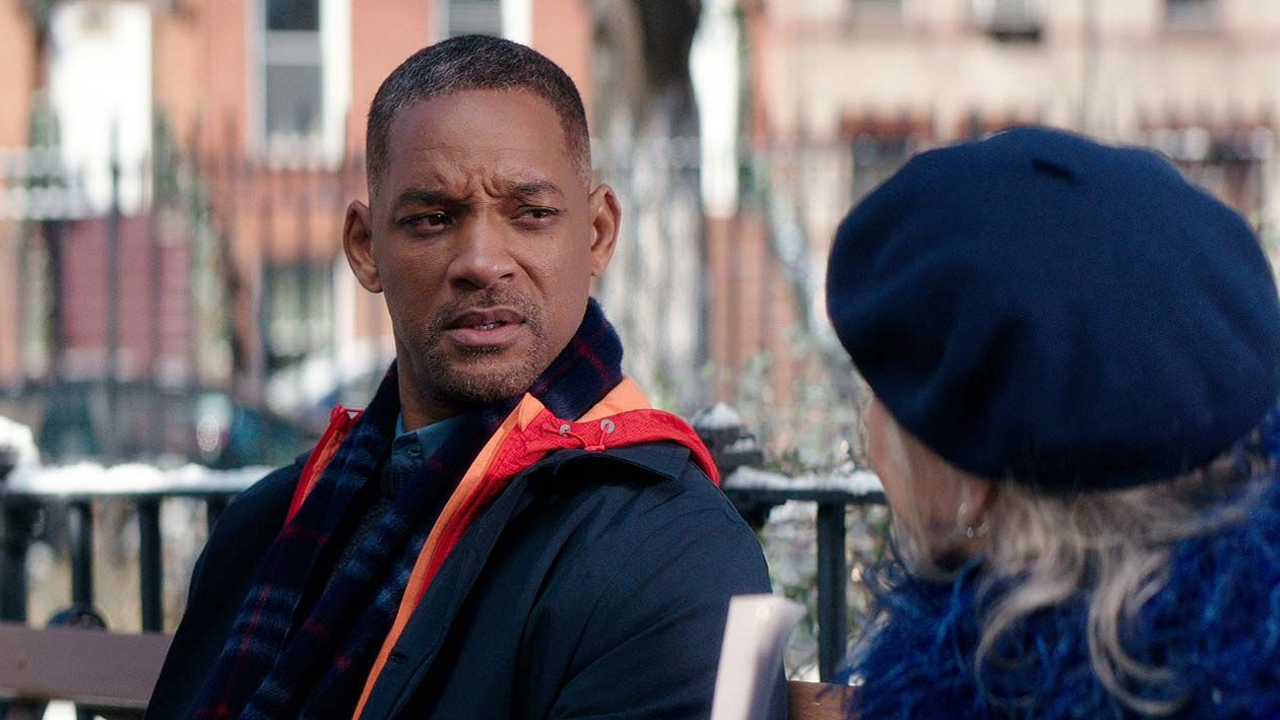 Alvin and the Chipmunks: The Road Chip and Sisters attempted to open the same weekend as The Force Awakens last year. This year it’s Will Smith’s Collateral Beauty. The ensemble drama stars Smith as a man coping with the death of his daughter. As therapy, he writes to time, death and love, who all eventually come to him as various people.

Smith is noteworthy for his holiday drama. Last year, it was Concussion, which performed moderately at the box office. In years’ past, he’s starred in The Pursuit of Happyness, Seven Pounds and Ali. Holiday success has been hit-and-miss for the actor, though Happyness was a breakout hit. Collateral Beauty hasn’t been doing too well with critics overall, currently standing at 19% on Rotten Tomatoes. Opening in over 2,900 theaters, Collateral Beauty might end up with $10 million over the weekend.

Holiday Event 'Rogue One' to Open Shy of 'Force Awakens' It's hard to believe it's been one year already that Star Wars: The Force Awakens broke the opening weekend record. Grossing just under $1 billion domestically, it's safe to say th...
0
Average User Rating
0 votes
Please sign in to rate.