It’s no surprise that sequels have been underperforming left and right this summer. With major tentpoles like X-Men: Apocalypse and Teenage Mutant Ninja Turtles: Out of the Shadows failing to pull in top dollar at the box office, where does it leave the less-lucrative sequels? This weekend, video game adaptation Warcraft clashes with two sequels, The Conjuring 2 and Now You See Me 2.

Based on the Blizzard Entertainment multimedia franchise, Warcraft introduces audiences to the realms of Draenor and Azeroth, each populated by Orcs and humans. When the Orcs cross over into the human realm, the fate of both worlds will be changed forever. Warcraft certainly has its fanbase with the role-playing game, World of Warcraft peaking with over 12 million subscriptions back in 2010.

Still, video game adaptations haven’t been the biggest box office hits with 2001’s Lara Croft: Tomb Raider being the only one to pass $100 million domestically. Angelina Jolie’s starpower certainly played a factor here. The Angry Birds Movie (which is technically a mobile app) will pass the century mark as well in the coming weeks. Some like Prince of Persia: The Sands of Time ($90.8 million), Pokemon: The First Movie ($85.7 million) and Mortal Kombat ($70.5 million) have pulled in decent results shy of $100 million. Others like Doom ($28.2 million), Final Fantasy: The Spirits Within ($32.1 million) and Street Fighter ($33.4 million) utterly tanked domestically.

Outside of the actual brand, Warcraft lacks have the starpower with Toby Kebbell (Fantastic Four) at the helm as the Orc chieftain, Durotan. This is also director Duncan Jones’ first big-budget blockbuster, who previous works included Moon and Source Code. Warcraft isn’t winning over critics with its current 22% score on Rotten Tomatoes, but that shouldn’t stop the die-hard gamers of WoW from coming out.

Warcraft begins its box office battle Thursday night at 7 p.m. in 2D, 3D and IMAX engagments before expanding to 3,400 theaters on Friday. Expect the Blizzard Entertainment adaptation to open to about $25 million by Sunday. 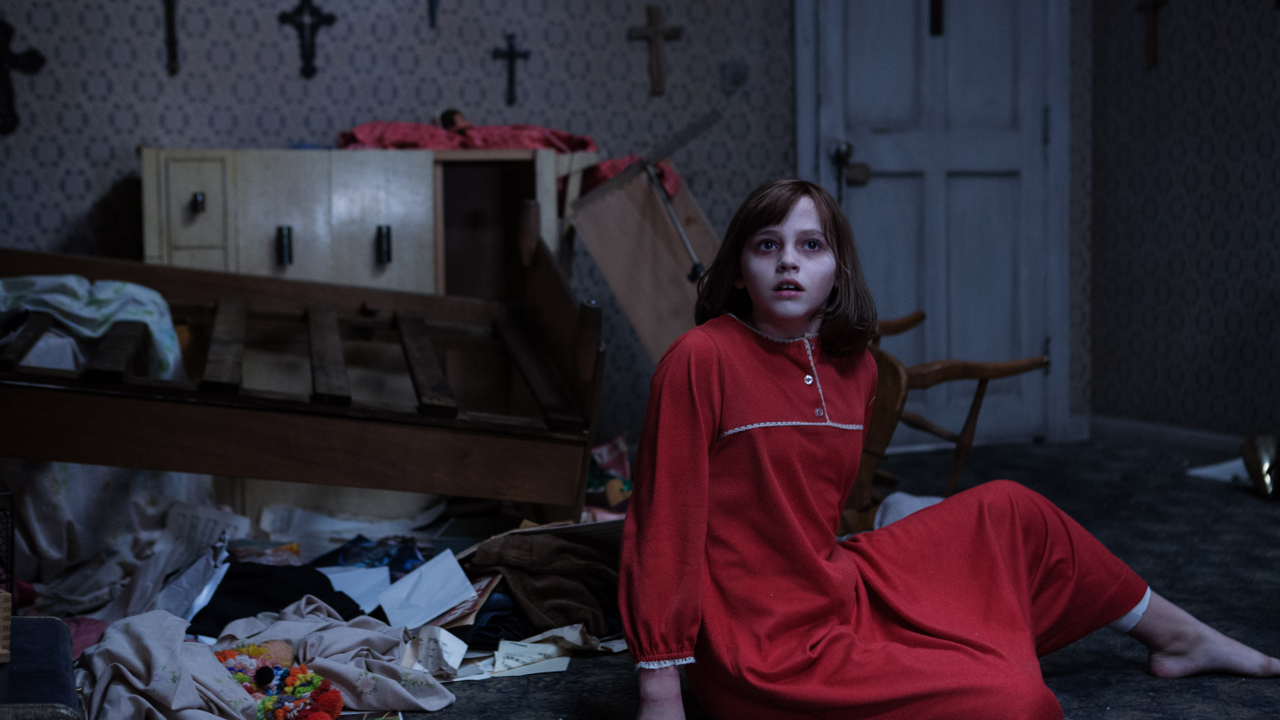 A double threat of sequels opens up this weekend too, including Universal’s The Conjuring 2. Starring Vera Farmiga (Bates Motel) and Patrick Wilson (Bone Tomahawk), The Conjuring 2 is the second chapter of the paranormal investigations of Ed and Lorraine Warren. In 1977, the couple finds themselves in England encountering evil spirits targeting a young girl.

The Conjuring was breakout hit in 2013, well-received by critics and audiences alike. Debuting with an impressive $41.9 million, The Conjuring continued to shock box office pundits with a leggy 3x multiplier – a rarity for the horror genre. Director James Wan returns for a second round and reviews, while positive don’t measure up to the first film’s overwhelming praise. The Conjuring 2 currently stands at a 74% on Rotten Tomatoes. The sequel opens Thursday night at 7 p.m., followed by a full 3,343 theater run on Friday. The James Wan film isn’t expected to come close to the $42 million debut of the last film. By Sunday, a not-too-bad $30 million start seems in order.

Like The Conjuring, magic caper Now You See Me overperformed at the box office in 2013 with a $29.4 million debut and $117.7 million finish. Three years later, Summit’s Now You See Me 2 hopes to work the same magic as the first film. The Four Horsemen are back (minus Isla Fisher, swapped out for Lizzy Caplan), crossing paths with a tech prodigy (Daniel Radcliffe) who’s there with his own agenda. Jon M. Chu (G.I. Joe: Retaliation, Justin Bieber: Never Say Never) replaces Louis Leterrier in the director’s chair.

Now You See Me 2 is currently receiving a negative 35% on Rotten Tomatoes. Here on We Live Entertainment, Ashley Menzel called Now You See Me 2 “one of the best films this year.”

The magic heist sequels opens Thursday night at 7 p.m. before expanding to 3,232 theaters on Friday. Expect Now You See Me 2 to not have enough magic to upset its predecessor, most likely debuting with just under $20 million.

'Warcraft,' 'Conjuring 2' Enter Crowded June Weekend It's no surprise that sequels have been underperforming left and right this summer. With major tentpoles like X-Men: Apocalypse and Teenage Mutant Ninja Turtles: Out of the Shadows fai...
0
Average User Rating
0 votes
Please sign in to rate.