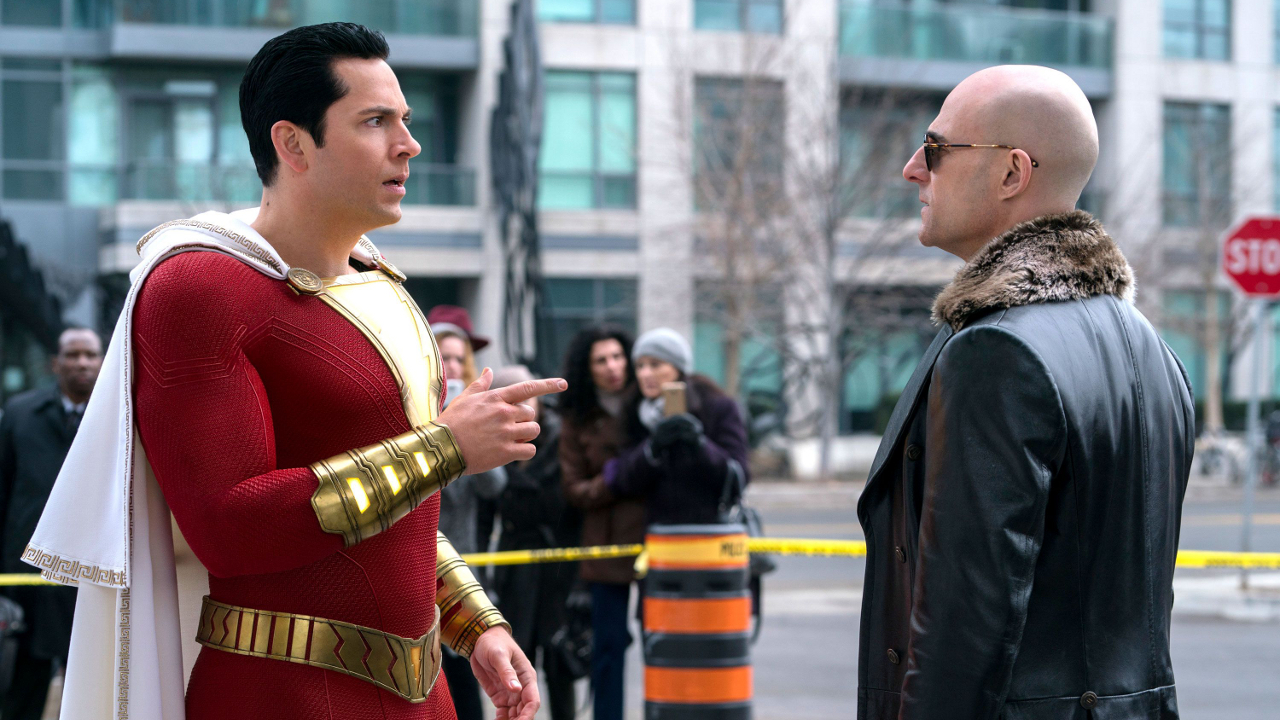 Warner Bros.’ Shazam! remained on top of the box office for the second weekend in a row. Grossing another $25.1 million, the DCEU superhero has made about $95 million domestically so far.

Shazam! will end up being the smallest DCEU film to date. However, the DCEU is much better shape after Wonder Woman, Aquaman and now Shazam!. David F. Sandberg’s superhero flick only dropped 53% from last weekend. That’s the third-best DCEU holdover behind Aquaman (-23.2%) and Wonder Woman (-43.3%). Hopefully the days of hard drops are over for the DCEU. Man of Steel (-64.6%), Batman v Superman (-69.1%), Suicide Squad (-67.4%) and Justice League (-56.2%) weren’t exactly leggy in their second weekends. Shazam! hopes to three-peat over Easter, but Avengers: Endgame may hurt its legs the weekend after. Even if Shazam! wraps up around $150 million, it’s another step in the right direction for the shared universe.

As the weekend’s biggest newcomer, Little took home the second place spot this weekend. Will Packer’s “reverse Big” comedy, starring Regina Hall, Issa Rae and Marsai Martin, opened with $15.5 million. Hall’s opened with bigger numbers with Girls Trip ($31.2 million) and Barbershop: The Next Cut ($20.2 million). Little is the first of three new releases to underperform. Even Laika’s Missing Link barely cleared the top 10. Little may have some buzz going forward. While mildly-received by critics, CinemaScore audiences were more positive with a “B+” grade. A $40 million run seems probable.

There was little love for the new Hellboy over the weekend. The reboot, starring David Harbour (Stranger Things) and Milla Jovovich (Resident Evil: The Final Chapter), debuted in third with $12 million. Guillermo del Toro’s two Hellboy films opened to $23.2 million and $34.5 million respectively. Del Toro’s third chapter never surfaced. Neither critics nor audiences were onboard with a new vision of the Dark Horse Comics superhero. Only 15% of Rotten Tomatoes critics went positive on the reboot. CinemaScore audiences were equally harsh, grading Hellboy a “C.” Don’t expect a leggy run ahead. Hellboy will most likely remain grounded with a $30 million finish.

Paramount’s Pet Sematary pulled in the weakest holdover in this weekend’s top 10. The Stephen King remake fell 59.2%, bringing in another $10 million. In comparison, 2013’s Carrie tumbled harder, down 62.8% in its sophomore frame. 2017’s It floated for a second weekend, dropping only 51.3%. After a $41.1 million 10-day total, Pet Sematary may barely pass the 1989 original. That version grossed $57.4 million. In 2019 numbers, that would translate to around $130 million. Like the Hellboy reboot, perhaps some franchises are better left dead.

Disney’s Dumbo remake dropped another two spots in its third weekend. Down 49.6%, the latest film from Tim Burton grossed another $9.2 million. At just under $90 million, Dumbo will have no issues passing $100 million. It would be Burton’s sixth film over the milestone and his first since 2010’s Alice in Wonderland. While not a spring breakout like Cinderella, Beauty and the Beast or The Jungle Book, Dumbo is playing more like last year’s A Wrinkle in Time. Disney’s $170 million investment isn’t flying as high as they would hope.