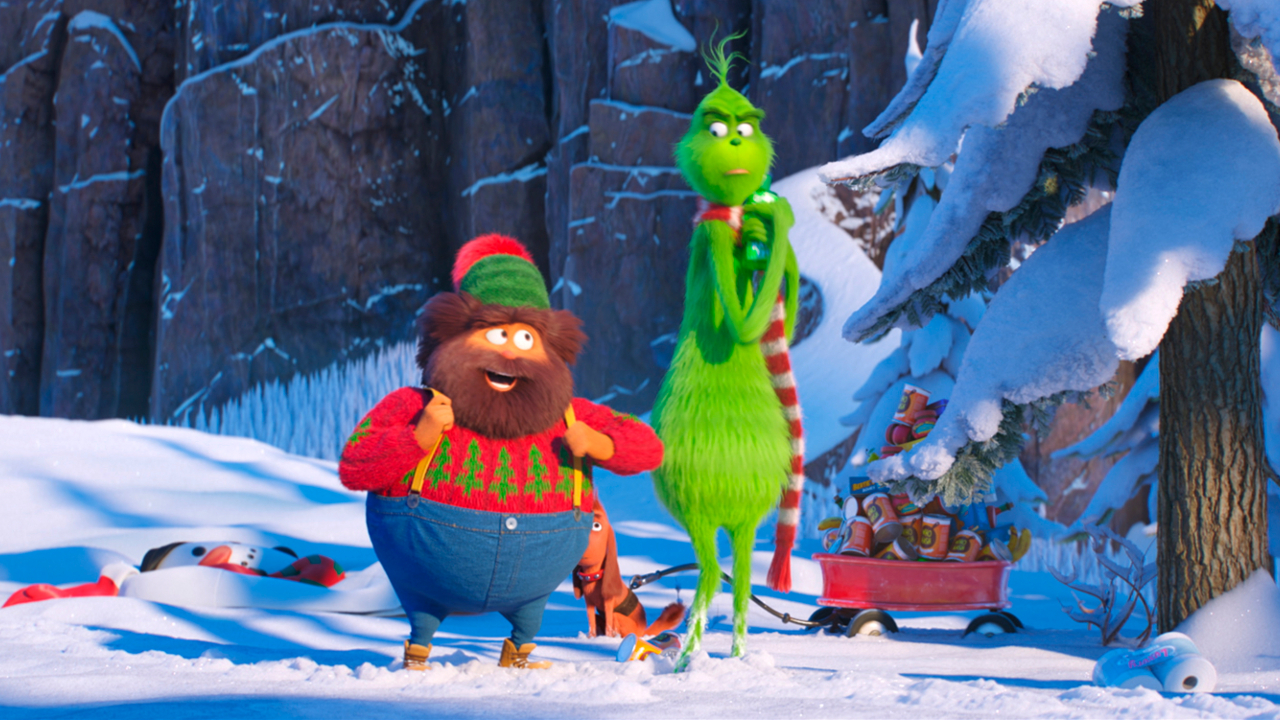 ‘The Grinch’ Orchestrates Another Box Office Heist for Illumination

The latest version of The Grinch saw plenty of green this weekend for Illumination Entertainment. The animated holiday flick, starring Benedict Cumberbatch, opened over the weekend with an estimated $66 million. That’s the third-best animated opener for November behind The Incredibles ($70.5 million) and Frozen ($67.4 million).

With Disney’s The Nutcracker underperfoming last weekend, The Grinch had a clean shot at becoming the de-facto holiday-themed box office hit. Despite the holiday buzz, The Grinch is actually Illumination Entertainment’s weakest opener since Sing ($35.3 million) in 2016. But let’s not forget that Sing exploded over the 2016 holiday season with a 7.67x multiplier. An early November release won’t warrant those sort of rare legs. If it plays like Illumination’s The Lorax, The Secret Life of Pets, Minions or Despicable Me 3, 2.92-3.65x multiplier range translates into a finish anywhere between $192.7-240.9 million. Mixed critical reception, a highly positive “A-” CinemaScore and a leggy holiday run could result nearer to $240 million mark. That’d almost match the 2000 live-action version of The Grinch.

The Grinch may have stolen the top spot this weekend, but Fox’s Bohemian Rhapsody remained a champion in its own right. Down 39.6%, the Freddie Mercury biopic sang its way to another $30.8 million. On Sunday, it became the 24th film of 2018 to pass the century mark. We’ll see if that hold up with Monday’s actuals. Despite a disconnect between critics and audiences, Bohemian Rhapsody is undoubtedly a smash hit. There’s a great chance Bohemian Rhapsody will end up somewhere between $150-175 million. That’ll put in the same company as other recent music-based films such as La La Land ($151.1 million), Straight Outta Compton ($161.2 million) and The Greatest Showman ($174.3 million).

Paramount’s Overlord seemed to be the odd man out over the weekend. And that’s a compliment. The Nazi zombie flick directed by Julius Avery was the only top film not based on existing material. As an original property, opening in third with $10.1 million isn’t too shabby. Yes, Overlord was admired all around this weekend. An 81% on Rotten Tomatoes and “B” CinemaScore was greater than expected going into the weekend. Though, it’s probably going to take some concrete word-of-mouth to break out a leggy run. With three major releases next weekend and three more the day before Thanksgiving, we’ll have to see where Overlord lies the holiday shuffle. Who knows, it may translate into a cult classic on smaller screens.

After a low-key start last weekend, Disney’s The Nutcracker and the Four Realms held okay against The Grinch this weekend. Down two spots to fourth, the live-action holiday feature dropped 53%, bringing in another $9.6 million. That’s slightly harder than Disney’s A Wrinkle in Time (-50.9) and Christopher Robin (-47.3%). Racking up a 10-day total of $35.3 million, a $60 million finish is still in the cards. The first battle with The Grinch wasn’t the worst. Though if it can hold up again Fantastic Beasts: The Crime of Grindelwald next weekend and Ralph Breaks the Internet over Thanksgiving, that estimate seems quite probable. Disney may find better success on the home media market early next year.

Sony’s second attempt at the Sweden’s Millennium series ended up bowing lower than 2011’s The Girl with the Dragon Tattoo. Debuting in fifth place, The Girl in the Spider’s Web: A New Dragon Tattoo Story finished the weekend with $8 million. Even with Claire Foy (The Crown, First Man) taking the reins as antisocial hacker Lisbeth Salander, Spider’s Web fell short of Dragon Tattoo’s opening by $4 million. David Fincher’s take on Salander’s Americanized feature debuted with $12.8 million, before legging it out to a $102.5 million finish. Spider’s Web lacks any similar holiday legs or positive critical reception. A 44% on Rotten Tomatoes and “B” CinemaScore don’t spell a lengthy run for Spider’s Web. Any chance at extending the franchise seem slim to none at this point. We shouldn’t get our hopes up if “The Girl Who Takes an Eye for an Eye” doesn’t see the light of day on the big screen.