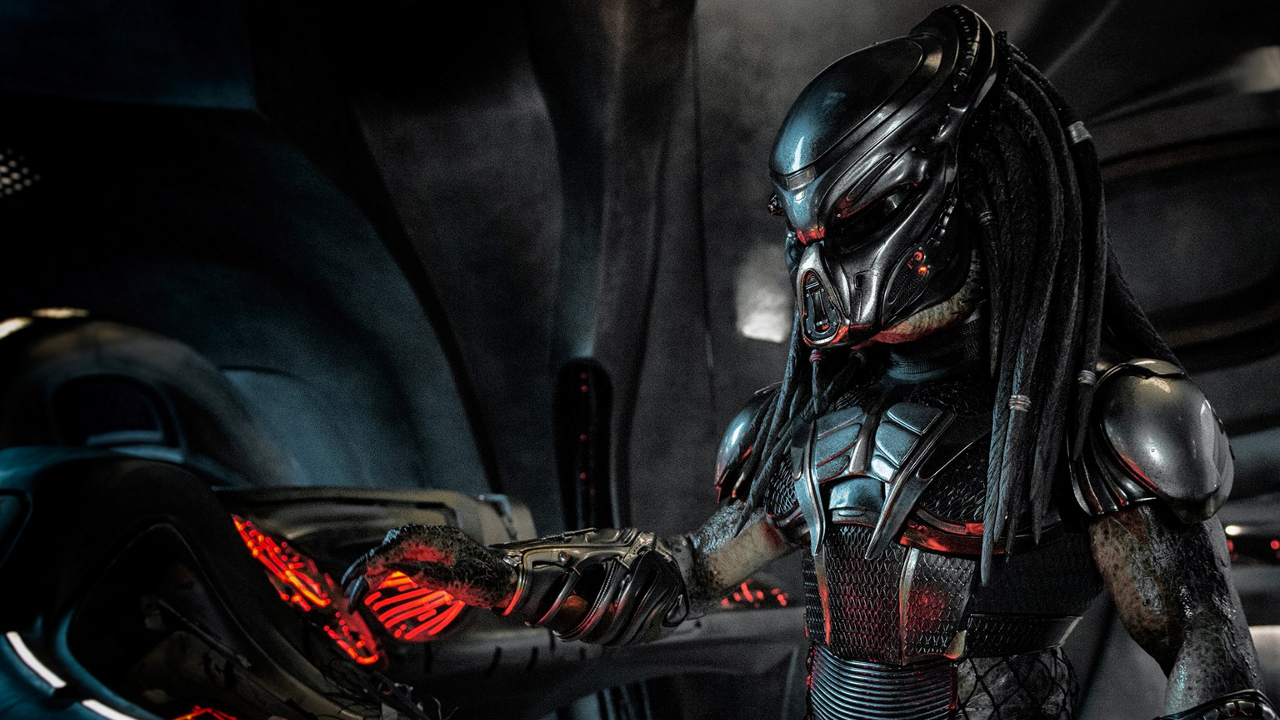 20th Century Fox’s The Predator turned last week’s champ, The Nun into its prey this weekend. The Shane Black sci-fi sequel opened over the weekend with an estimated $24 million.

The sixth Predator outing might have taken the top spot, but it was hardly a dominant force over the weekend. Its $24 million opening was slightly under 2010’s Predators ($24.8 million). Perhaps it was a “perfect storm” of negativity that kept The Predator from reaching larger numbers. Between the Shane Black controversy, a low Rotten Tomatoes score and a highly unfavorable “C+” CinemaScore, there was little in favor of The Predator. Despite a 4,000+ theater opening and IMAX release, The Predator was the worst live-action opening for that size of release. Last year’s The Mummy debuted in 4,035 theaters with a $31.7 million opening. If Alien vs. Predator (2.09x multiplier) and Predators (2.09x multiplier) are any indication, expect The Predator to burn up rather quickly in the coming weeks.

The Nun undeniably pulled in the biggest opening for The Conjuring Universe last weekend. However, it was no surprise that this latest installment would drop harder than any other film in the franchise. Down an alarming 66.2%, The Nun brought in another $18.2 million. That brings its 10-day total to $85.1 million. Right now, The Nun continues to track ahead of the other four Conjuring films. Though that lead against 2013’s The Conjuring should be cut much sooner than later. There’s a good chance that The Nun will crack $100 million, joining the rest of the franchise minus Annabelle. After that, $115 million might be the most optimal finish.

While The Predator underperformed this weekend, fellow newcomer A Simple Favor did much better than expected. The Lionsgate thriller, starring Anna Kendrick and Blake Lively, debuted in third with $16.1 million. While director Paul Feig has had better luck with Bridesmaids ($26.2 million), The Heat ($39.1 million), Spy ($29.1 million) and Ghostbusters ($46 million), A Simple Favor plays to a completely different genre. Outside of Twilight and Pitch Perfect, this is a fairly normal opening for Kendrick. Word of mouth should certainly carry A Simple Favor over $50 million though. Can we expect a leggy Gone Girl run? Probably not. Regardless, critics and audiences are backing this one. A Simple Favor found its way to an 83% on Rotten Tomatoes as well as a “B+” CinemaScore.

Sony’s crime drama, White Boy Rick took home the fourth place spot this weekend. The Matthew McConaughey-led film opened with $8.8 million. That’s on the lower end for McConaughey’s recent slate, vying with 2016’s Civil War drama, Free State of Jones ($7.6 million). Though, it’s double the opening haul of last year’s Gold ($3.5 million). All around, reception for White Boy Rick has been fairly solid, scoring a 63% on Rotten Tomatoes as well as a “B” CinemaScore. That being said, White Boy Rick may wind up with about $25 million run.

Despite its heaviest hit last weekend, Warner Bros.’ late-summer success story, Crazy Rich Asians, was back on track for its fifth weekend. The rom-com dropped two spots to fifth place, bringing in another $8.7 million. That’s down 33.8% from last weekend and one of the best holdovers for this frame’s wide releases. Searching has a slight edge, down 30% with estimates. With $149.6 million so far, expect Crazy Rich Asians to break the $150 million milestone on Monday after 34 days in theaters. That would be on par with last year’s breakout hit Get Out as well as The Boss Baby and The SpongeBob Movie: Sponge Out of Water. $170-175 million seems to be the ceiling.

Opening Next Week: Fahrenheit 11/9, The House with a Clock in Its Walls, Life Itself, Assassination Nation (limited)

Box Office: ‘The Predator’ Not Quite a Dominant Force with Okay $24M Opening