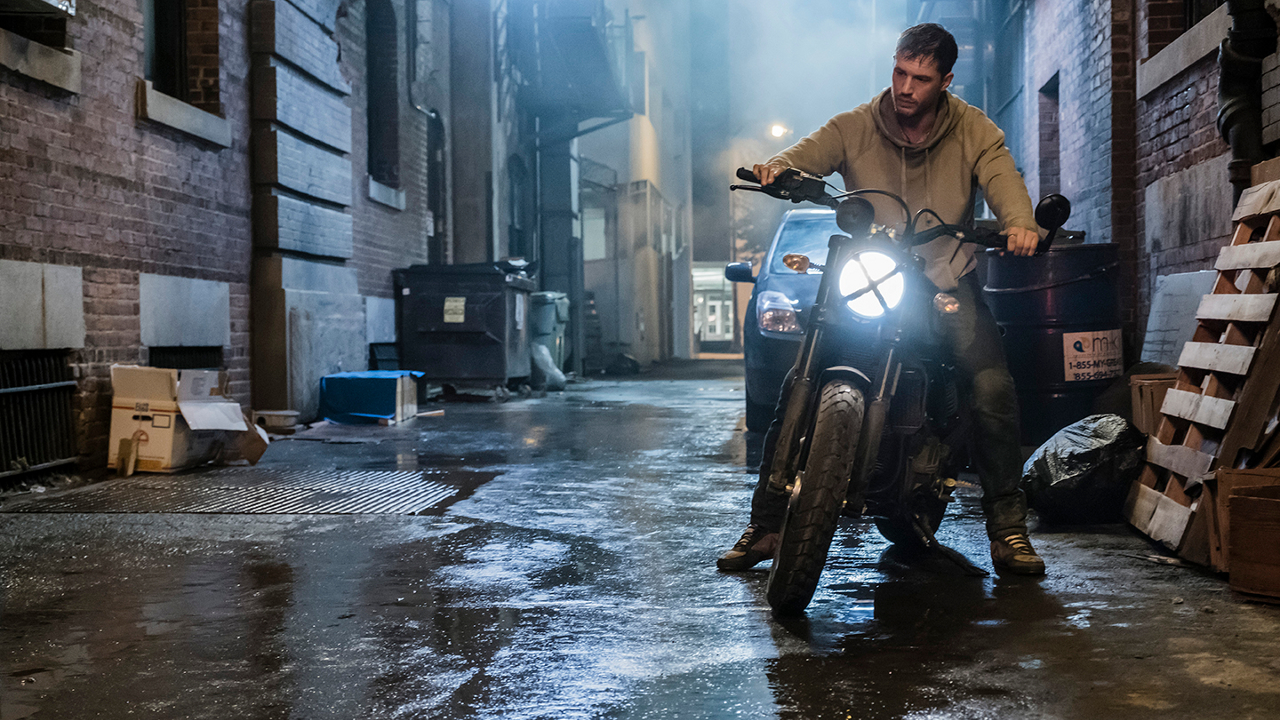 Against a slew of new releases, Venom and A Star is Born took down the competition for a consecutive weekend. Marvel’s anti-hero took the edge, bringing home an estimated $35.7 million.

Venom may have had a few extra laughs over the weekend, proving to be a critic-proof superhero hit. Suicide Squad anyone? Venom’s 55.5% drop was even stronger than Spider-Man 3 (-61.5%), The Amazing Spider-Man 2 (-61.2%) and Spider-Man: Homecoming (-62.2%). 2012’s The Amazing Spider-Man only fell 44.2%, albeit opening mid-week. Maybe it wasn’t such a bad idea at all to open in October. At this point, Venom will safely cross the $200 million mark in due time. Halloween’s opening next weekend is expected to do some damage, even challenging for that October opening record. But with $142.8 million so far, Venom would have to collapse like Justice League, The Fate of the Furious or Fifty Shades of Grey to be denied $200 million. Don’t be surprised if Venom rivals a finish around The Amazing Spider-Man 2 ($202.9 million).

For a second straight weekend, Warner Bros.’ A Star is Born continues to shine behind Venom. The Bradley Cooper/Lady Gaga remake sang its way to another solid $28 million weekend. That’s only down 34.7% from last weekend and one of the strongest holdovers among top films. We’re not counting expansions for The Hate U Give (+244.7%), Colette (+110.4%) or The Old Man & the Gun (+125.8%) either. Granted A Star is Born burned up a bit more than October Best Picture nominees Gravity (-22.6%) and The Martian (-31.9%). If Halloween can take more from Venom next weekend than A Star is Born, that will ensure a 4x multiplier. Right now, A Star is Born wrapped up its tenth day with an impressive $94.2 million. So expect the century mark should fall either Tuesday or Wednesday.

Falling short of topping both Venom and A Star is Born, Oscar-hopeful First Man debuted in third place with $16.5 million. The third feature film from Damien Chazelle (Whiplash, La La Land) became the second major release in awards season after last weekend breakout, A Star is Born. The low opening does raise some alarms as recent space films have found much more ground in recent years. Gravity ($55.8 million) and The Martian ($54.3 million) broke out in October, ultimately finding their way to Best Picture nominees. Even Christopher Nolan’s Interstellar ($47.5 million) struck gold, despite being shut out of top awards talk. We’ll have to see how this will affect the First Man campaign. An 88% on Rotten Tomatoes and “B+” CinemaScore should counter some of the concern, but it’ll need strong word-of-mouth for an equally leggy run.

Sony’s Goosebumps: Haunted Halloween found its way to fourth place over the weekend. The Jack Black sequel opened with $16.2 million. That’s an decent drop from the 2015 film’s $23.6 million opening. Goosebumps went on to a leggy $80.1 million run three years ago. We probably shouldn’t expect duplicate success with Haunted Halloween. Reviews aren’t as strong this time around, scoring a 43% on Rotten Tomatoes. That’s significantly down from the first film’s 77% score. The CinemaScore grade also dropped from an “A” to “B” in this second outing. With next week’s Halloween simply not an option for many younger audiences, Goosebumps may have some demand in the coming weeks. $45-50 million might be a realistic run for the Sony sequel.

For a third straight weekend, Smallfoot remains the go-to family film at the box office. Currently in fifth place, the Warner Bros. animated film only slipped 35.4%, bring in another $9.3 million. That’s even better than its 37.5% sophomore drop and against a debuting Goosebumps 2: Haunted Halloween. Smallfoot should have a strong hold on the family-friendly demographic until November. By then, The Nutcracker and the Four Realms, The Grinch and Fantastic Beasts: The Crimes of Grindelwald will snatch up most of the competing screens. Two more weeks of solid holds will send Smallfoot stomping past the $75 million mark.

Opening Next Week: Halloween, The Hate U Give (expanding), The Old Man & the Gun (expanding)

Box Office: ‘Venom,’ ‘A Star is Born’ Repeat Above ‘First Man’ and ‘Goosebumps’