For the second straight weekend, Wonder Woman commanded the box office charts pulling in an estimated $57.2 million. After 10 days the DCEU film has grossed $205 million.

While summer continues to have its issues at the box office (Alien: Covenant, Baywatch, Pirates), Wonder Woman continues to make history. Down a stellar 44.6% from last weekend, the warrior from Themyscira has now cracked $200 million domestically. First of all, it’s rare to find a superhero film hold so well in its sophomore frame. DCEU counterparts, Man of Steel (-64.6%), Batman v Superman: Dawn of Justice (-69.1%) and Suicide Squad (-67.4%) all stumbled after opening weekend. $300 million was once an outside chance for Wonder Woman. Now it’s safe to say it’s the floor. The only films to miss that mark after a $200 million 10-day total are New Moon, Breaking Dawn – Part 1, Breaking Dawn – Part 2, Harry Potter and the Goblet of Fire and Harry Potter and the Deathly Hallows – Part 1. Wonder Woman is too much of a phenomenon at the moment to fall short. While $310-315 million seems to be playing it safe, we may even see a $330 million run ahead.

Is Warner Bros.’ Dark Universe already dead on arrival? While topping the critically-acclaimed Wonder Woman seemed impossible, Tom Cruise’s The Mummy might be buried in the sand already. The first chapter of Dark Universe opened to $32.2 million. That’s a new low for the modern-day “Mummy” franchise. In 1999, The Mummy opened to $43.4 million, while The Mummy Returns scored $68.1 million in 2001. Even the heavily-panned The Mummy: Tomb of the Dragon Emperor managed $40.5 million in 2008. Perhaps Tom Cruise needs to fight a Yeti in the second movie? But on a serious note, audiences weren’t too thrilled either, grading The Mummy a B- on CinemaScore. However, it is the only new release to open big. Newcomers It Comes at Night and Megan Leavey couldn’t draw this weekend, opening to $6 million and $3.8 million respectively.

Last weekend’s runner-up, Captain Underpants: The First Epic Movie claimed the third spot over the weekend. The DreamWorks Animation comedy pulled in another $12.3 million. With $44.6 million in the bank, Captain Underpants might see about $65 million in the bank. With Cars 3 and Despicable Me 3 on the horizon, it’s going to quite difficult for Underpants to achieve a leggy run. While Underpants wasn’t expected to be another Trolls or Boss Baby, it still feels overshadowed in the mix of summer.

After three weekends in theaters, Pirates of the Caribbean: Dead Men Tell No Tales has finally caught up to the opening weekend of 2006’s Dead Man’s Chest. Down one spot from last weekend, Pirates fell 51.5%, grossing another $10.7 million. Now at $135.8 million after 17 days, Pirates can still crack the $150 million mark. It’s a very similar scenario to Star Trek Beyond and X-Men: Apocalypse last year. Demand just wasn’t there for a once lucrative franchise. Hopefully for Disney, Cars 3 will be a hit next weekend rather than a repeat of Cars 2. It’s the studio’s last real shot at making an impact this summer.

Summer’s top contender rounds out the charts this weekend after six weeks in theaters. Marvel Studios’ Guardians of the Galaxy Vol. 2 dipped 36.6% from last weekend. The intergalactic sequel grossed another $6.2 million, bringing its total up to $366.4 million. Even as Wonder Woman continues to be the talk of the town, Guardians managed to hang on much better than anticipated. Leggier than both Avengers: Age of Ultron and Captain America: Civil War (both May Marvel tentpoles), Guardians continues to track on-par with Iron Man 2. If that’s the case, $380 million appears to be the most realistic target.

Opening Next Week: Cars 3, 47 Meters Down, All Eyez on Me, Rough Night, The Book of Henry (limited) 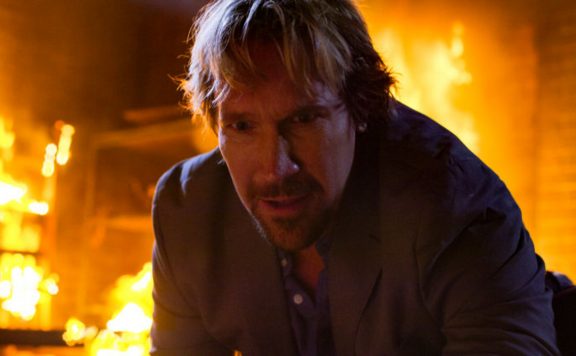