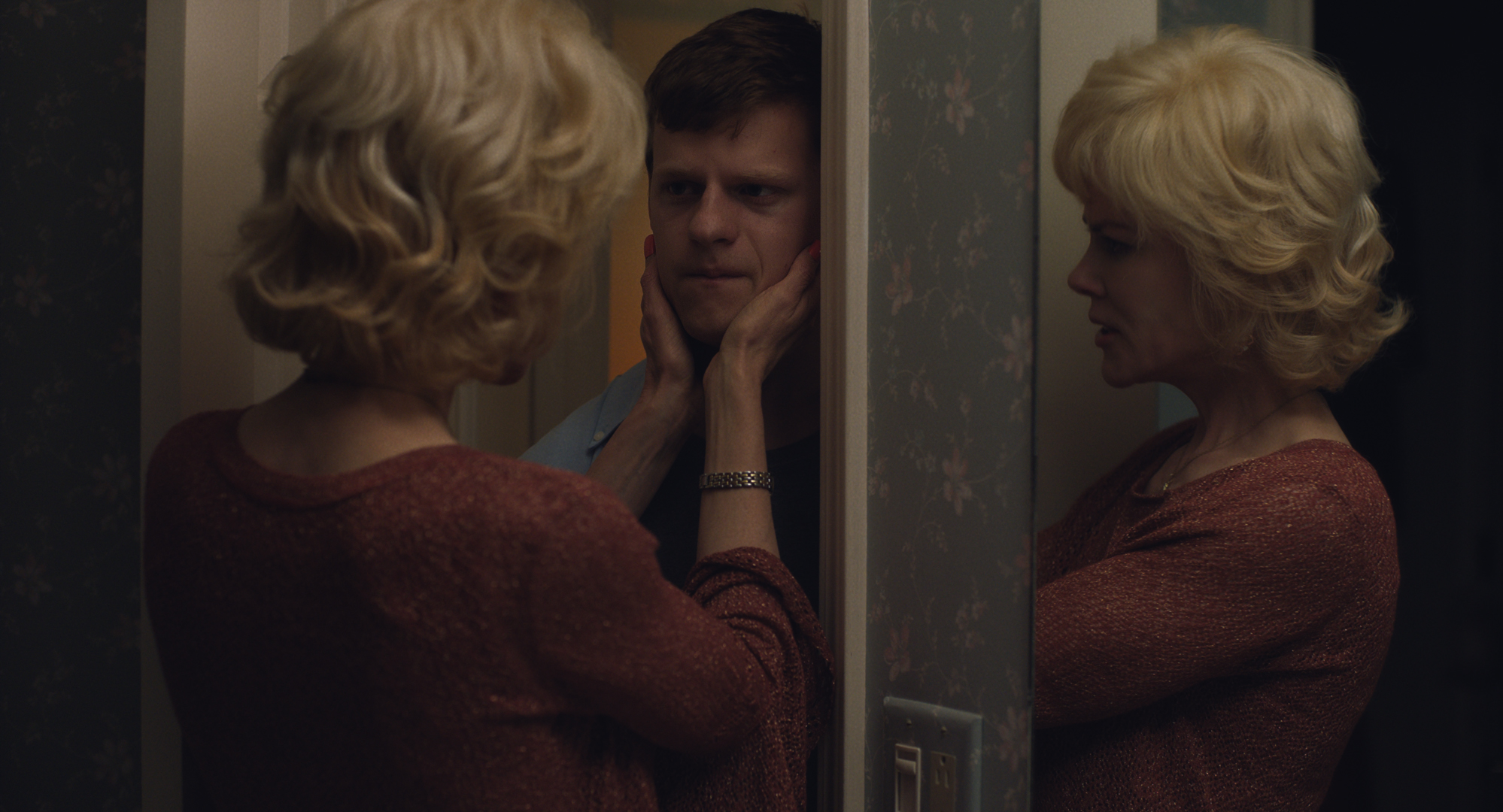 Boy Erased, based on the memoir by Garrad Conley and directed by Joel Edgerton, explores the experience of Jared Eamons as he is coming of age and begins to question his sexuality. This is further complicated by the fact that his father is a Baptist preacher. Once his father is informed of his son’s potential sins, he consults the elders of the church who decide he must go to conversion therapy. As the film continues, we are privy to some of the “techniques” that are used by the “counselors” in the conversion therapy group. What is shown is enough to make you sick.

Fresh off a great 2017 with Lady Bird and Three Billboards Outside Ebbing, Missouri, as well as 2016’s Manchester by the Sea, I’m certain that 2018 will be the year that Lucas Hedges becomes a household name. His performance in Boy Erased is breathtaking. He tackles so many difficult moments and topics with openness and rawness that is as refreshing as it is moving. He contrasts his character’s reserved and obedient side with a raw emotional side that seems so natural. It is in those moments where he shines. Alongside him are veteran actors Russell Crowe and Nicole Kidman as his parents. They each bring something different to the relationship dynamic and provide both comfort and tension in his life. The religious profession and convictions of his father, Marshall drive a wedge between the two of them, while his mother, Nancy, provides one of the most emotional scenes with Jared. 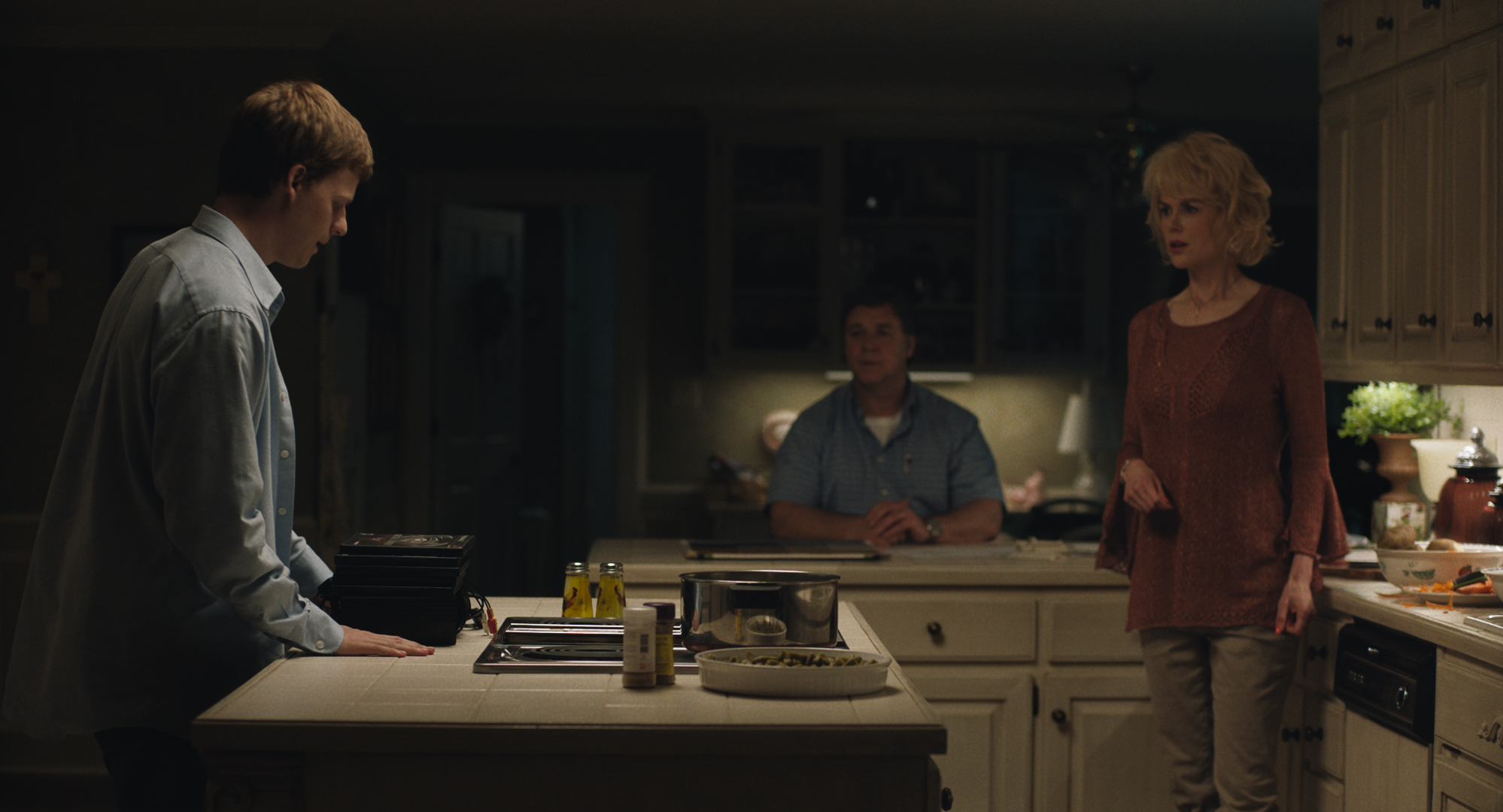 The film is based on the memoirs of Garrad Conley and is written with such honesty and reality that everyone takes notice. The story is not over-embellished or brushed over with the good old Hollywood magic, but rather it remains unfiltered and authentic, giving the audience a film that feels both personal and universal. It addresses such an essential issue of ridding this country of conversion therapy, but it does so in a way that has a human approach. It goes beyond God, religion, or personal beliefs but instead reaches to the core of human decency. Through Jared’s eyes, we see the pain and suffering of other characters such as Cameron.

Despite the weighty topics that the film addresses, it still has an echo of humor, which maintains a bit of levity in the film. Even something as simple as Jared pointing out to his mother the typographic mistakes in the rulebook such as “We always come back to Dog,” keep the film light. The stark contrast between this and the scenes where they are beating someone with a bible or having a woman arrange the men by how masculine they appear further accentuates the insanity and disturbing actions of conversion therapy groups.

Boy Erased will launch Lucas Hedges further into a hugely successful career. Joel Edgerton and Garrad Conley have created something marvelous that begs to be seen. The honest story and raw performances work together to make an unforgettable film. 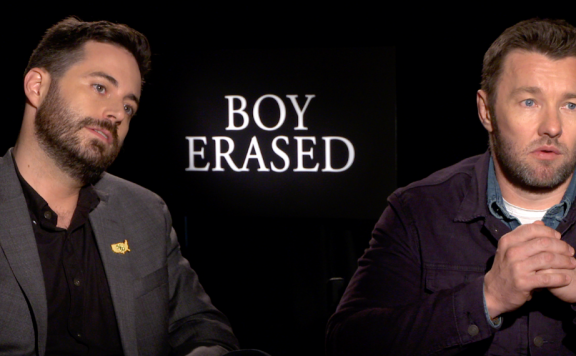