The To All the Boys I’ve Loved Before trilogy is as much a commentary on romantic comedies as it is a rom-com in and of itself. The fact that Lara Jean’s high school romantic drama unfolds over the course of three movies is perhaps its most endearing quality: we get to see what happens six months or a year after the couple’s initial happy ending. And after a shaky second act which saw Lara Jean question her relationship with high school paramour Peter Kavinsky (and honestly, rightfully so — she should have thought long and hard before turning down John Ambrose), this final outing of To All the Boys: Always and Forever brings its sugary sweet love story to a satisfying end, while also allowing its characters a certain amount of freedom in their surprisingly ambiguous future.

Lara Jean (Lana Condor) has her eyes on the future. With her beloved boyfriend Peter (Noah Centineo) planning on attending Stanford in the fall on a lacrosse scholarship, all that stands in the way of Lara Jean’s happily ever after is one tiny college acceptance letter. Of course, it’s Stanford, only one of the most selective universities in the country, so perhaps she shouldn’t be planning their wedding just yet. Predictably, she doesn’t get in. And suddenly, the future she’d lovingly imagined with Peter feels as though it’s going to slip through her fingers. Because not only is she unable to attend the same college as Peter, she’s accidentally fallen in love with NYU, perhaps the least convenient school in North America to make a long-distance relationship work. 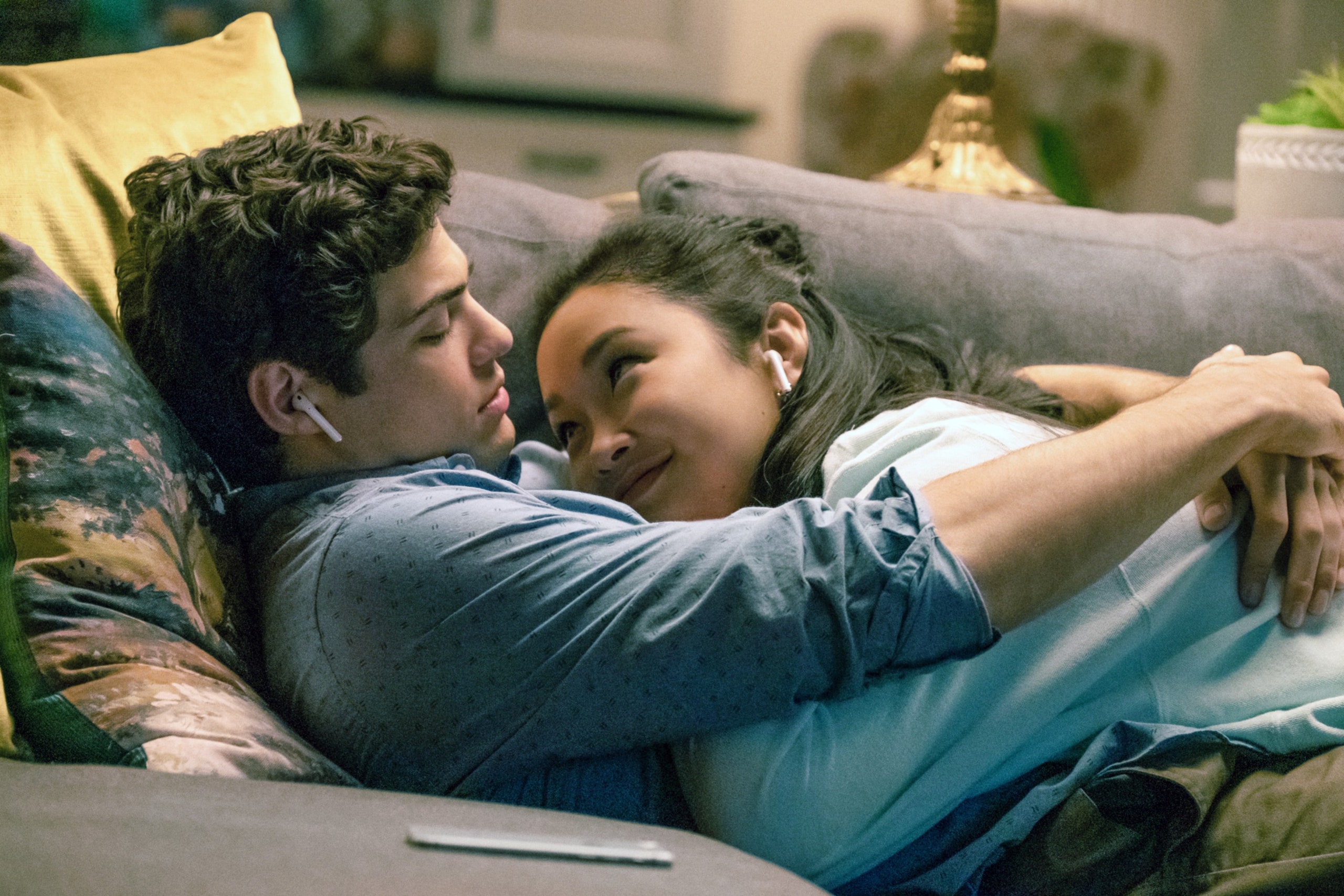 The dreaded long-distance relationship stares down these two lovebirds, the killer of untold high school romances. And that’s where To All the Boys: Always and Forever is at its most poignant: grappling with the uncertainty of the future. Deciding what college you’ll go to is the first step in planning your life as an adult, insofar as it’s possible for a 17-year-old to actually plan the rest of their life. As much as the romantic comedy part of this story wants a definitive answer — Lara Jean and Peter overcome the odds and find a way to get their happy ending — there’s no way to know by the film’s end whether they’ll actually end up sticking together. It embraces the unpredictability of life with a steadfastness that few rom-coms attempt. It may not have the fantasy ending that Lara Jean dreams of as she clings to her beaten copy of Pride and Prejudice and a vast collection of 80s teen rom-coms, but it feels significantly more true to life.

That’s one of To All the Boys’ greatest strengths, how well it manages to delicately blend treacly fantasy while still staying at least slightly grounded in the real world. Yes, some set pieces exist in a wildly heightened version of reality (the “casual backyard wedding” with absurdly high production values comes to mind). All of the relationships, whether romantic, platonic, or familial, feel a little too perfect — they’re probably what we would call “aspirational.” But at the same time, the root of the issues the main characters face are incredibly relatable.

When you’re in high school and asked to make a series of high-impact decisions, how do you figure out what’s truly the best choice for you when there are so many competing interests? And the dilemma between Lara Jean and Peter — what high school romance hasn’t dealt with the ominous presence of impending college-bound separation? There’s no real way to avoid it, no magic wand or last-minute miracle that can overcome the genuine threat to any relationship that physical distance presents. Some couples can cope with it, and others can’t, but there’s no way of knowing which way it’ll go without trying it. So then, the question becomes: is it still worth trying, knowing that very few high school relationships survive four years of college 3000 miles apart, or is it better to cut your losses and kill it rather than waiting for it to die? 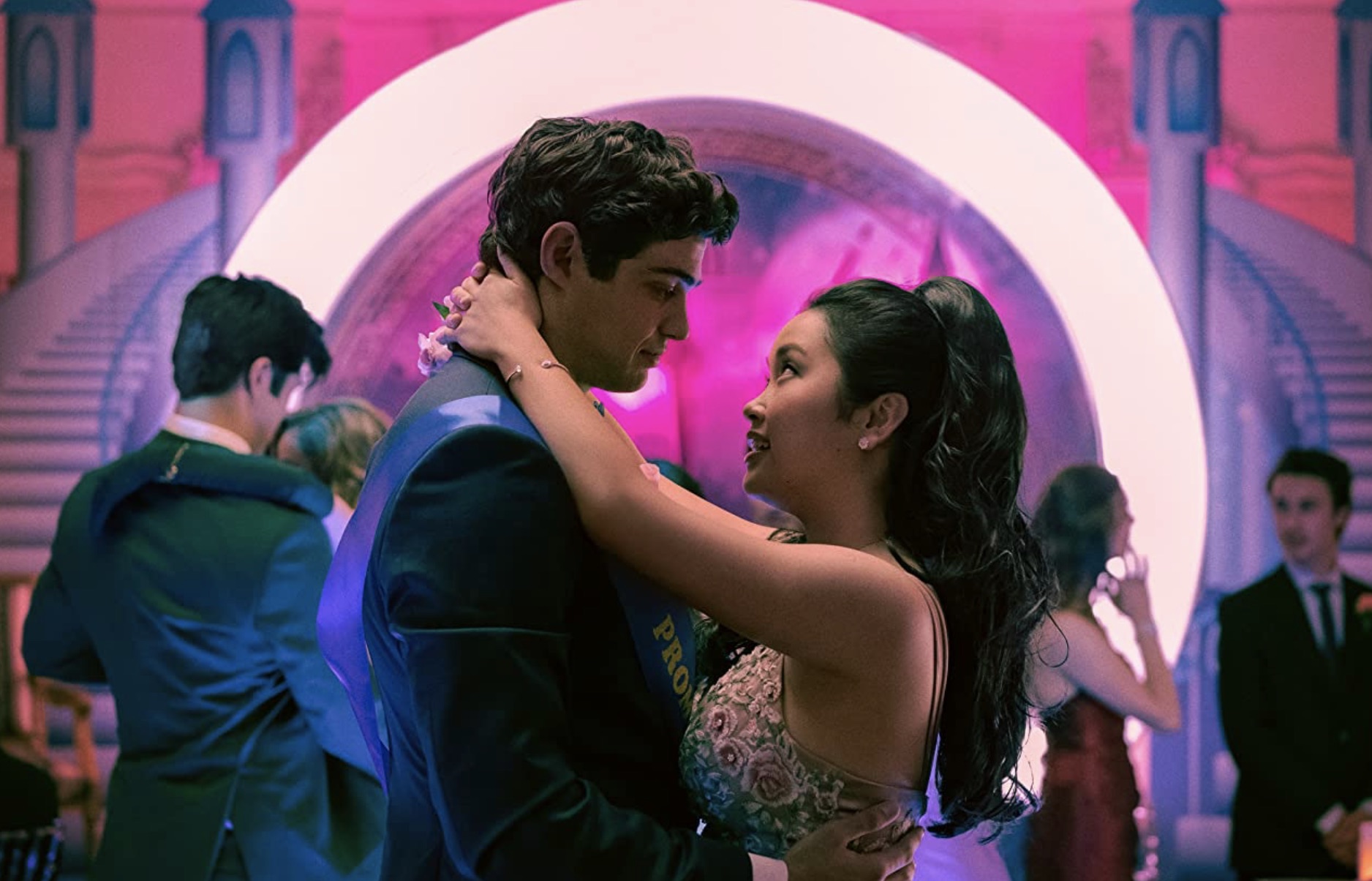 As was the case in the previous two films, Condor’s performance as Lara Jean provides the emotional heart of To All the Boys: Always and Forever (Someone get this girl more roles — she deserves it!). She is smart, empathetic, charming, and absolutely riddled with anxiety, which makes her one of the most endearing teenage leading ladies we’ve had in quite some time.

Centineo will likely have his future defined by the role of Peter Kavinsky, which has become one of this generation’s iconic teen romantic leads. He’s given a little more emotional complexity in this outing, as the happy-go-lucky jock is forced to contend with the very real possibility that his relationship with Lara Jean could end, and there may not be anything he can do to salvage it. He’s also burdened by his absentee father’s efforts to reconnect with him at the very end of his childhood when he no longer considers himself in need of a dad.

Ultimately, To All the Boys: Always and Forever provides pretty much everything we could ask for. As the third in a beloved book series turned Netflix franchise, it has all the familiarity and comfort viewers are jonesing for on a lazy Sunday afternoon. But at the same time, it doesn’t neglect to serve the needs of its fanbase, propelling the narrative forward in a way that feels true to the characters that audiences have grown to love and ending the series on a high note. 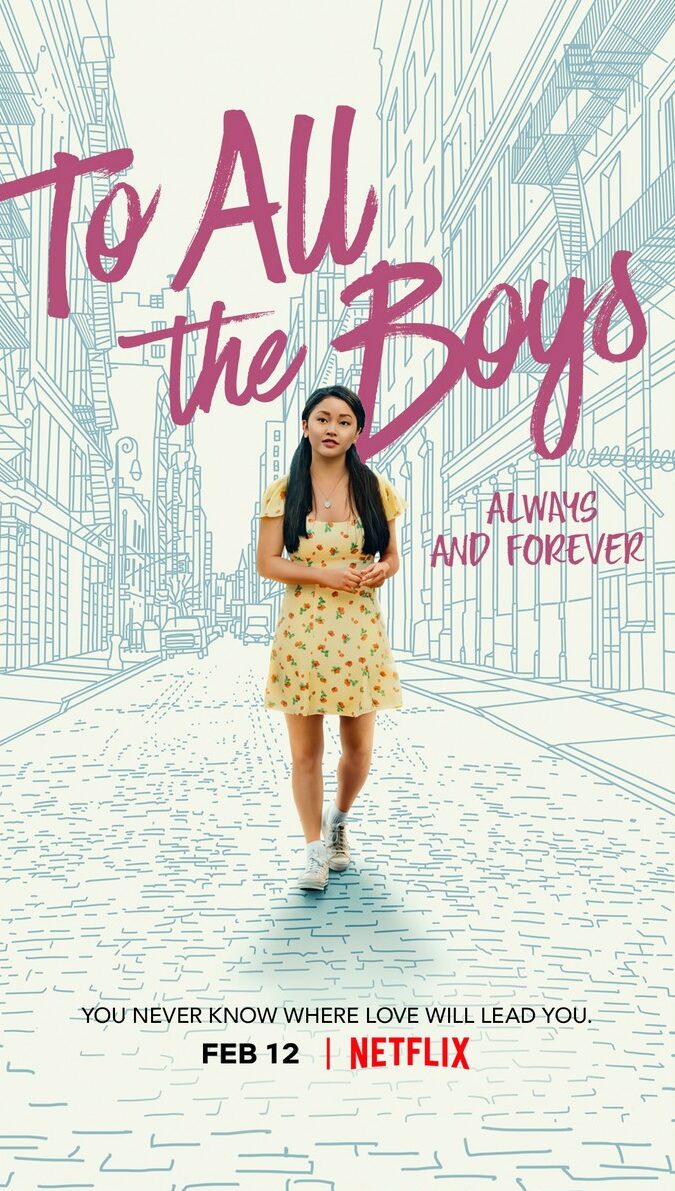 ‘To All the Boys: Always and Forever’ Review: A Charming Conclusion to a Bubbly Teen Romance 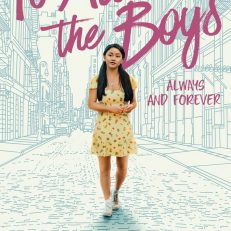 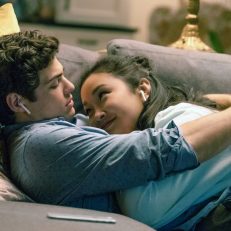 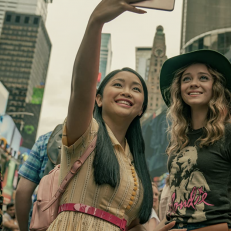 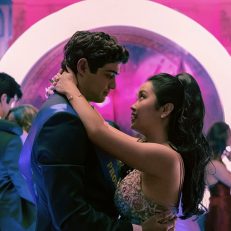 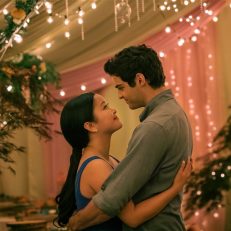