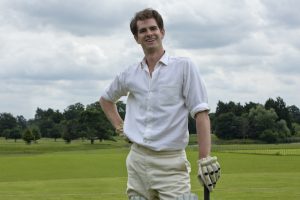 Breathe is the Wages of Fear of polio survival movies. It really is two hours of all the things that could kill someone who needs to live on a respirator. It’s not even as moving as similar paralysis films like The Intouchables and The Diving Bell and the Butterfly but it is more suspenseful.

Robin Cavendish (Andrew Garfield) contracts polio while in Nairobi in 1959. Moved to a ventilator ward in a British hospital, Robin asks to be moved home with his wife Diana (Claire Foy) and newborn son. Back then, home care was unheard of and throughout his life, Robin sets precedents for improved quality of life for the paralyzed.

The doctors aren’t wrong about all the dangers that face an unskilled family caring for such a serious case of polio, but then it takes pioneers to pave the way for others. The backup for a power outage is a hand pump, and if anything knocks the plug out, Robin has two minutes before he dies. It’s a literal ticking clock for unforeseen accidents.

Robin’s friends continue to find ways to aid him. They make a bell so he can call for help and a portable chair that can house his ventilator. It’s a whole lot of problem-solving, but the reward is the quality of life. Everything we take for granted about living with disability seems to have a start here, from car lifts to travel accommodations. 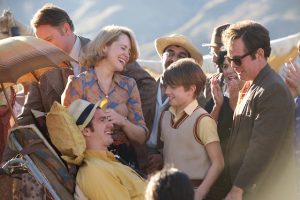 Of course, being the first continues to illustrate the risks involved, but each near-death catastrophe turns into a positive where Robin ends up bringing people together. As an advocate, he has to force the world to see the possibilities for people confined to beds and chairs. There’s also the practical issue of mass producing the contraptions that were personally made for Robin.

Let’s give a shout out to the sound mix for Breathe. They’re dealing with the ventilator sound in every scene, and all the machine noise on the set overlapping with recorded dialogue. It sounds as seamless as living with a ventilator, although scenes in the respirator ward do convey how torturously loud living there could be. 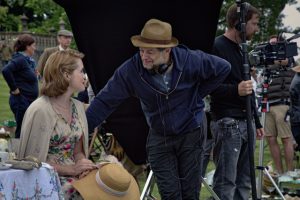 I’m not sure about the extra widescreen, where there are black bars on the top and bottom of even a fully extended theater screen. It’s a perfectly nice aspect ratio but since no theater will be equipped to mask it down it won’t really look wider than normal. It is a nice effect when Serkis fades to black and only the red light of the respirator is illuminated.

Breathe is both a tribute to the Cavendish family for their innovations, and a big picture testament to seeing the possibilities in situations others consider hopeless. 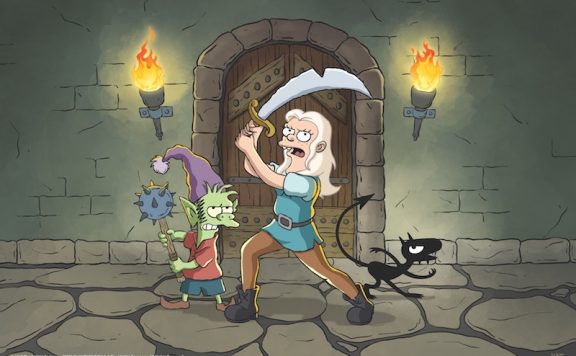