One of the hottest titles to come out of the 2015 Sundance Film Festival was John Crowley’s Brooklyn.  The movie stars Saoirse Ronan as a young Irish girl named Ellis who decides to immigrate to America and start up a new and hopefully more successful life.  Ellis initially feels homesick as most people would.  However, her sickness is immediately cured when an Italian man from Brooklyn named Tony, played by Emory Cohen, enters her life and becomes the center of her romantic infatuations.  From that brief plot description, it’s easy to brush this off as yet another romantic film that caters to the hormone-injected teen girls of today.  Despite the film having typical romantic cliches that have been done time and time again, Brooklyn manages to stand out amongst other romantic tales coming out these days.  It does so by being an emotionally moving, fantastically acted, gorgeous looking, and overall downright charming drama that, while it’s not perfect, is very much something that audiences everywhere can and will enjoy together. 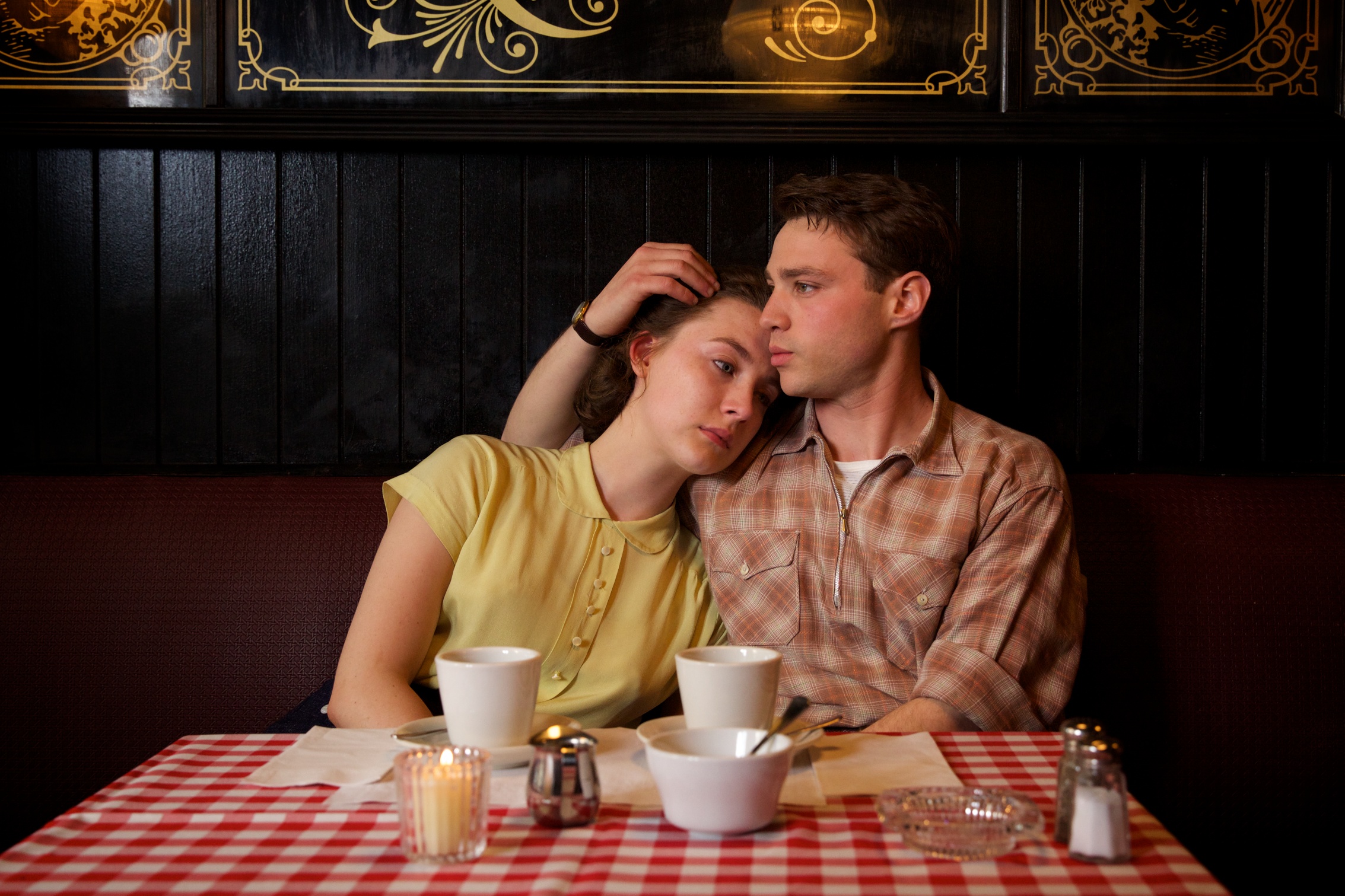 Saoirse Ronan is an actress I’ve always enjoyed seeing in movies.  Whether it’s playing a supporting role in The Grand Budapest Hotel or the title character in Hanna, Ronan always gives it her all in her performances.  As Ellis, she not only gives a great performance, but she also shows off a rawer and more emotional side that was quite refreshing to watch.  Granted I haven’t seen her Oscar-nominated work in Atonement, so I can’t judge off of that film.  Considering this is pretty much Ronan’s film, though, I think it’s safe to say that she held her own and gave a commanding and investing performance.

The first 30 minutes or so of the film show Ellis’ struggle not only in America but her journey coming to America itself.  These scenes were all very good, but they didn’t quite grab me as much as I would have preferred.  It wasn’t until Emory Cohen’s Tony came into the picture that the quality of the movie not only raised, but leaped high up in quality.  Not only does Cohen give an exceptionally likable and charismatic performance, but the chemistry that he has with Ronan is unbelievably charming.  Every time these two were on screen together, even if a scene was more dramatic than others, I had a big smile on my face because of how well these two got along.  Their romance never felt artificial or written, but rather as if we were watching a documentary about the sweetest couple around in 1950s New York City.  Their romance to me is the glue that kept the film as a whole together. 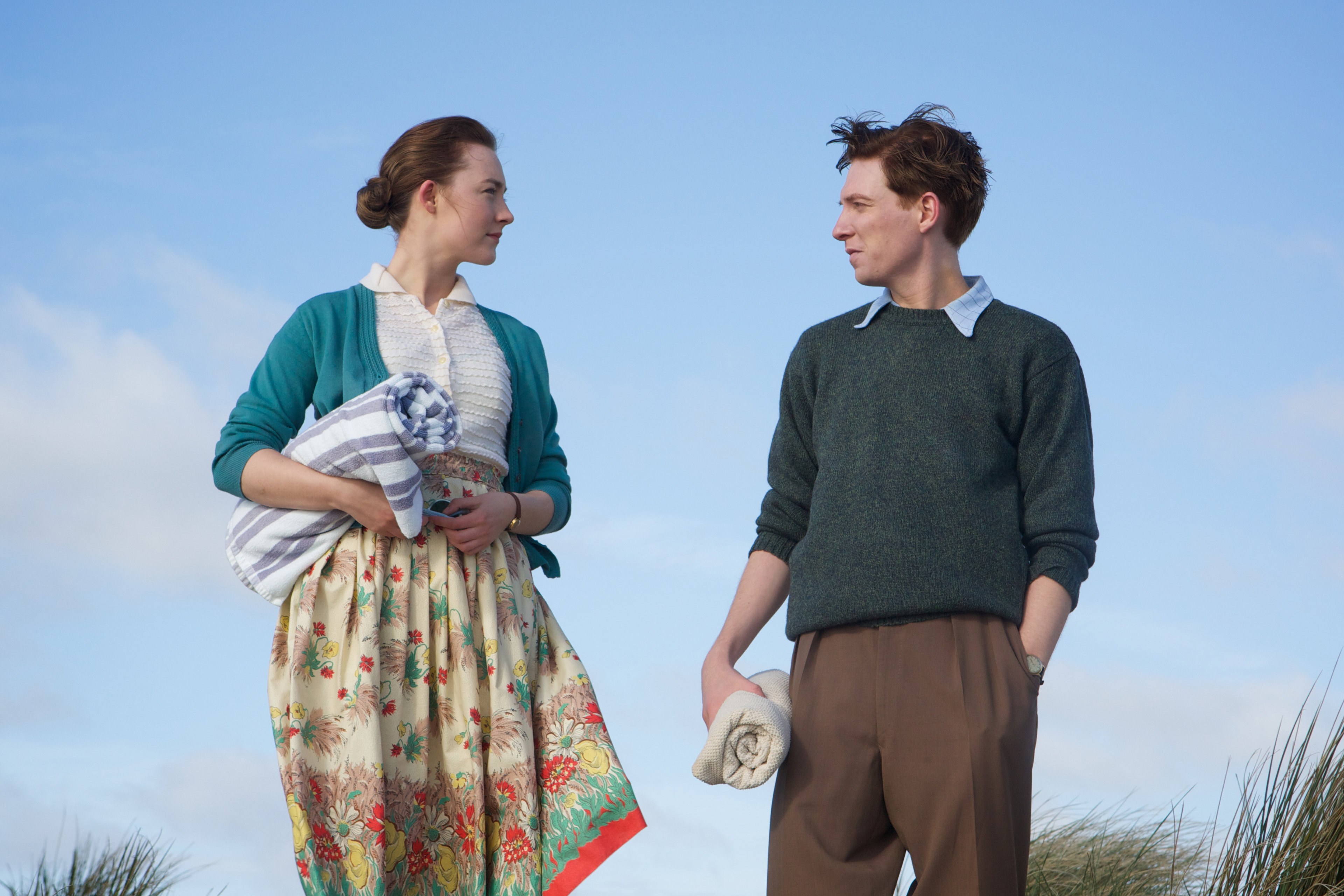 About halfway through the film, a tragedy occurs which causes Ellis to go back to Ireland.  Back in her native home, she meets another young man named Jim, played by Domnhall Gleeson.  The reason this film fell short for me from being fantastic is because of Gleeson’s character.  Don’t get me wrong, the performance is strong, and it’s nice to see Gleeson in so many movies right now.  My problem with his character is that, frankly, he didn’t feel integral to the plot whatsoever.  It seemed like his only purpose was to create a romantic conflict between Ellis and Tony, thus creating a love triangle.  I never once felt invested in him as a love interest, and I just felt that he was kind of unnecessary to the movie as a whole.  If the filmmakers wanted to create a conflict that would persuade Ellis into moving back to Ireland, they could have made up a better than excuse instead of relying on another romantic partner to seduce her.  Gleeson gave a solid performance, but his character didn’t feel needed in my eyes. So, I downloaded the Asian dating app and logged into it. Immediately I noticed that there were many Asian American singles and Asian females from all over the globe. Within the first 30 minutes of being logged in, I already https://bestapp.asia/Jakarta-dating-girls.html began chatting with three different Asian American men. Within ten minutes, I had made several friends and had them all add me as a friend. This was not the only Asian dating app I was browsing though, there were quite a few.

Brooklyn isn’t anything we haven’t seen before regarding storytelling.  Not just because this type of story has been done countless times before, but also because this film is based on a book of the same name by author Colm Tóibín.  However, screenwriter/fellow author Nick Hornby gives the story more substance and creates likable and relatable characters that we as an audience care about and enjoy watching.  John Crowley animates the screenplay to life by helping his actors deliver great performances and showing a visually beautiful look at 1950s New York.  The second half felt too much like an artificially created conflict for Ellis, and Domnhall Gleeson’s presence felt unneeded, but at the end of the day Brooklyn is a charming, well-acted, beautifully shot, and well-made film that is sure to be a crowd-pleaser to everyone who sees it. 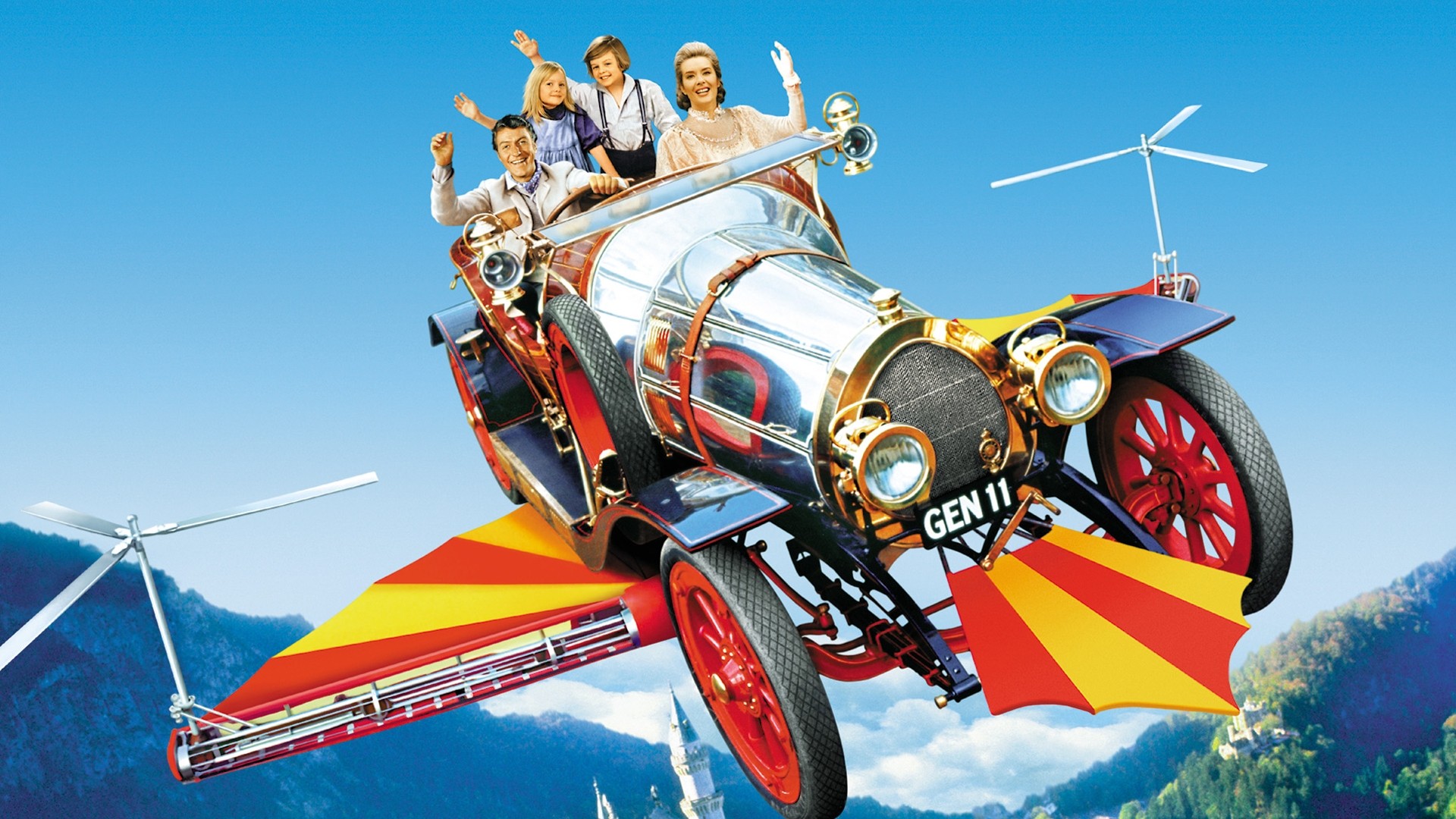 Review: “Brooklyn,” While Flawed, Is Worthy Of Your Attention

One of the hottest titles to come out of the 2015 Sundance Film Festival was John Crowley's Brooklyn.  The movie stars Saoirse Ronan as a young Irish girl named Ellis who decides to immigrate to America and start up a new and hopefully ...
0
Average User Rating
0 votes
Please sign in to rate.