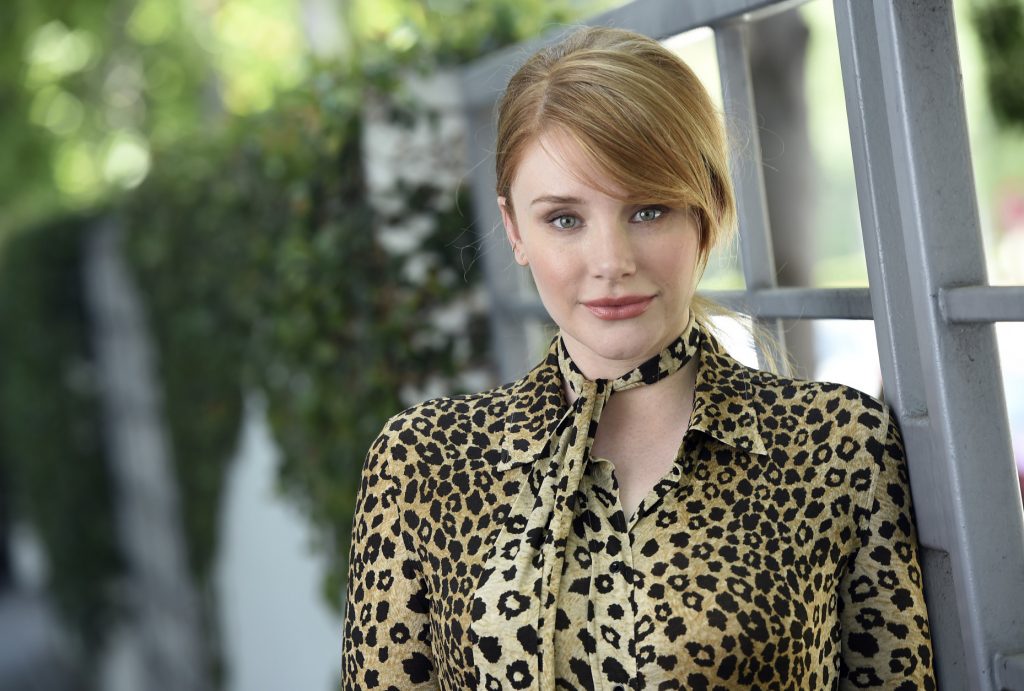 Welcome to day four of We Live Entertainment’s week long celebration of Pete’s Dragon which opens in theaters this Friday, August 12, 2016. This is the fourth article of the week and is focused on my interview with Bryce Dallas Howard. If you haven’t checked out the previous articles from the film, I have been posting an article every day about a member or members of the cast and crew. The first article featuring some fun facts about Oona Laurence and Oakes Fegley. The second focused on 14 things that learned about Pete’s Dragon from director/co-writer David Lowery. The third was my entire 1:1 interview with Wes Bentley. There is quite a bit of great information in those articles so if you are interested go ahead and check them out, if you haven’t already.

In addition to my interview coverage, there are three reviews for the film live on the site. You can read my thoughts here, you can check out Ashley Menzel’s review here or you can check out Nicholas Casaletto’s review by clicking here. Feel free to leave us a comment on your thoughts about the film or what you thought about any of the reviews or articles.

When Bryce Dallas Howard walked into our press room, I was immediately blown away by her vibrant and larger than life personality. Bryce came off as someone who was intelligent but completely honest with who she was. I found her energy level to be magnificent and  she seemed so grateful just to be talking with journalists throughout the day. I think Bryce is a really talented actress who with the right material is destined to become an Oscar winner one day. Her role in Pete’s Dragon is one that she could have probably pulled off with her eyes closed but that doesn’t mean she didn’t bring a lot to the table. Her character Grace has a lot of layers and there is a real emotional connection between her and a lot of the film’s characters including Pete, Natalie, and even Elliot. 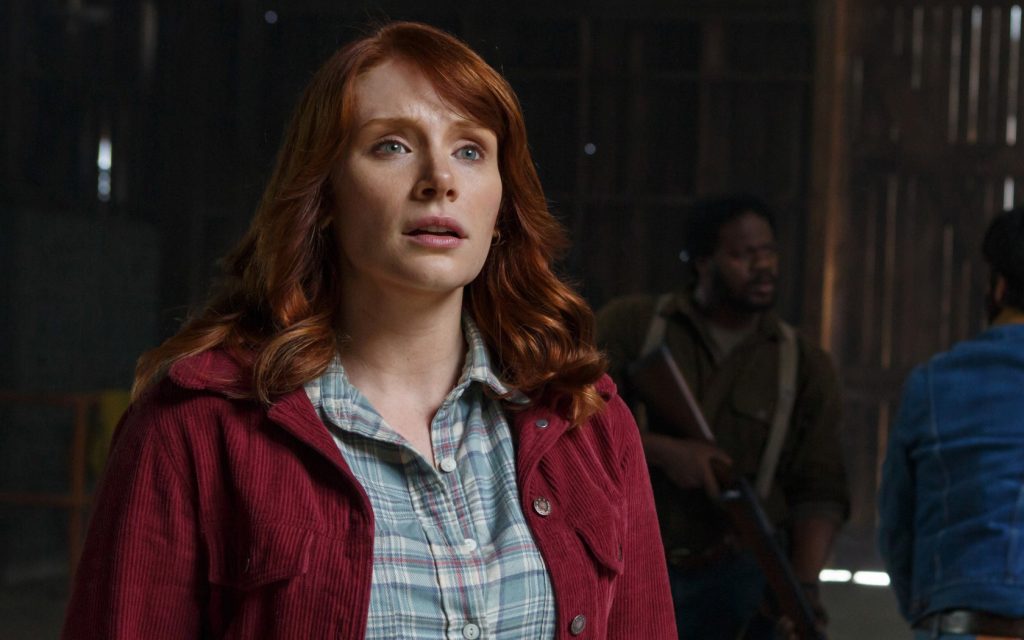 I was lucky enough to ask Bryce some questions which she gave such in-depth responses to. Here are two of my favorite questions and how she responded:

SM: What was it like working with Robert Redford at Sundance and then turning around and starring alongside him in Pete’s Dragon?

BDH: It’s the duality of Robert Redford. On one hand, he’s this cool guy who you just love to chill with and is totally normal and then there’s this rarefied Demi-God like Titan. On set, it was this cool, relaxed, collaborative amazing experience. When I went to Sundance, we had our official directors gathering and we are all sitting in this very special lodge that no one really knows where it is in the middle of the mountains. And then Robert Redford comes out and I went like “Oh my, that’s Robert Redford.” As everyone was lining up to see him, I wanted to say hi but I was nervous and there were security guards all around. I went up to him and said, “i don’t know if you remember be but,” and Robert Redford responded with “BRICE!” Sometimes when you do a movie with someone and I don’t know if I ever worked with an actor as iconic as Robert Redford but you have this experience with them that is a very human and regular experience but then when you see them in the context of everyone else its suddenly very intimating. For the first three days of meeting him, I didn’t know what to call him so after day three, I just asked him what do I call you. He responded, “Bob.” But still even in interviews I have to say he’s Robert Redford because it feels weird to say Bob. It’s like he’s two people at all times. Its crazy.

SM: Since you directed so many short films do you ever get the urge when acting in a film to jump in and direct a scene?

BDH: No, because as an actor, you are really there to be a vessel to the filmmaker and to be of service to the filmmaker’s vision. Its more a mindset of “Am I doing what you envisioned?” A lot of questions for the director and bringing ideas to the table is a big part of it. It important to be collaborative. My job as an actor is to come as close to the interpretation of the film that the director has and also my own private thing because I sort of fetishize directors, is to learn what they are doing and what they know. Just to kind of absorb their particular kind of genius. The gift of being an actor who has an interest in directing is that you get to see a lot of different directors direct in a lot of different ways. I can’t believe the people I had the chance to work with and learn from. My dad always asks about this very question because as an actor, I always got to do this but as a director, your just doing your thing and you don’t get to see how others solve the problem.

In addition to these incredibly well thought out answers, I wanted to also post 11 fun and interesting facts that Bryce shared with me at the press day. These are just small little tidbits that I found to be interesting.

11. By working with various directors, Howard mentioned that she picked up little lessons from each one. “There are lessons from everyone and the lessons will change based on the kind of movie you are working on.”

10. Pete’s Dragon marks the first time that Howard has played a mother role after becoming a mother in real life.

8. When bringing her character Grace to live, Howard was very focused on giving her character a balance. “I didn’t want to overcomplicate things, I wanted to be of service to the primary story.”

7. Colin Trevorrow texted Howard right after he got the news that they wanted to make a sequel to Jurassic World. His text message read “#NoHeels2018”

6. Howard felt that her character Grace in the film was learning all about becoming a mother and stepping into that role.

5. When reading scripts she is asked to read, Howard reads them all subjectively. “I’m sort of an outside in, kind of person,” said Howard.

4.  Oddly enough, Howard has never directed a feature length film but has directed several short films over the past 10 years.

3. Howard really enjoys both sides of filmmaking: the acting and the technical. She is very intrigued by both.

2. When growing up, Howard spent a lot of her childhood in Connecticut outdoors. She loved working outdoors and playing this character who embraced nature and the wilderness. 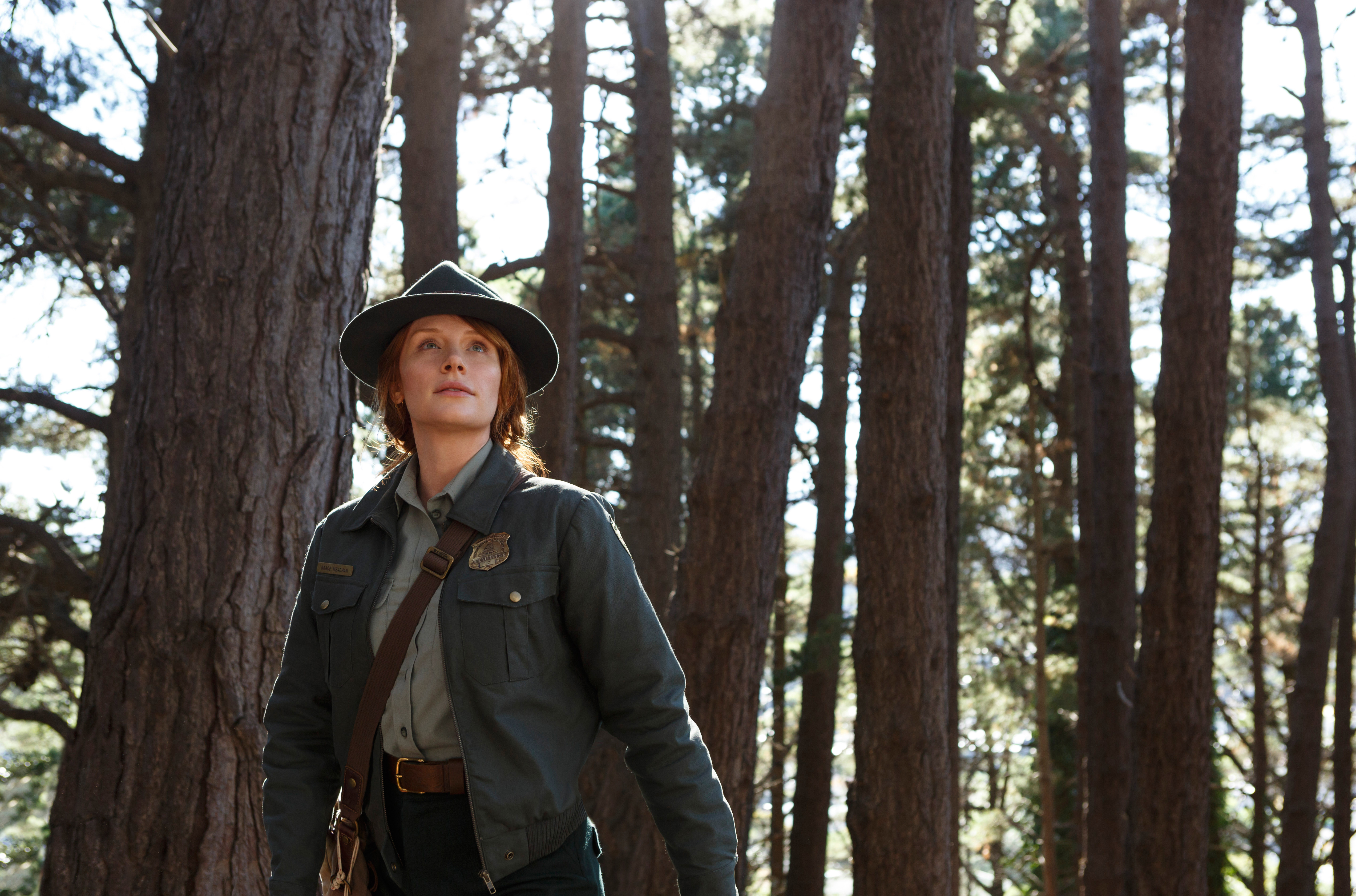 Everything I learned about Bryce Dallas Howard at the 'Pete's Dragon' Press Day Welcome to day four of We Live Entertainment’s week long celebration of Pete’s Dragon which opens in theaters this Friday, August 12, 2016. This is the fourt...
0
Average User Rating
0 votes
Please sign in to rate.