In the past decade, the making of Iron Man has become the stuff of Hollywood legend. Robert Downey Jr., hired to play the snarky but brilliant Tony Stark, unexpectedly stormed into director Jon Favreau’s trailer. RDJ tossed the script, claiming he hated it. He and Favreau would need to start over to find the “real Tony.” Twenty-nine MCU films later, Iron Man is still a fan favorite even though the plot is a boilerplate superhero origin story. The film is beloved because of Downey’s lightning-in-a-bottle portrayal of Tony “I’m Iron Man” Stark. A trove of charisma, attitude, and smarts by way of the actor using every trick in his toolbox. That’s what fans remember. I suspect if Bullet Train finds an audience, the adoration is entirely on Brad Pitt’s flex as a movie star having fun being a goofball. He’s the sole reason to take this ride.

Make no mistake, the latest film from David Leitch (Deadpool 2) is a mess in a multitude of ways. The crime saga tone feels more Smokin’ Aces dumb than Quentin Tarantino or even Guy Ritchie cool. The fast-paced editing is constantly undercut by a bloated 2-hour run time and the VFX range from serviceable to wonky. Plus, too many other cast members struggle to find ways to make their characters compelling. There are some solid fight scenes, I suppose. 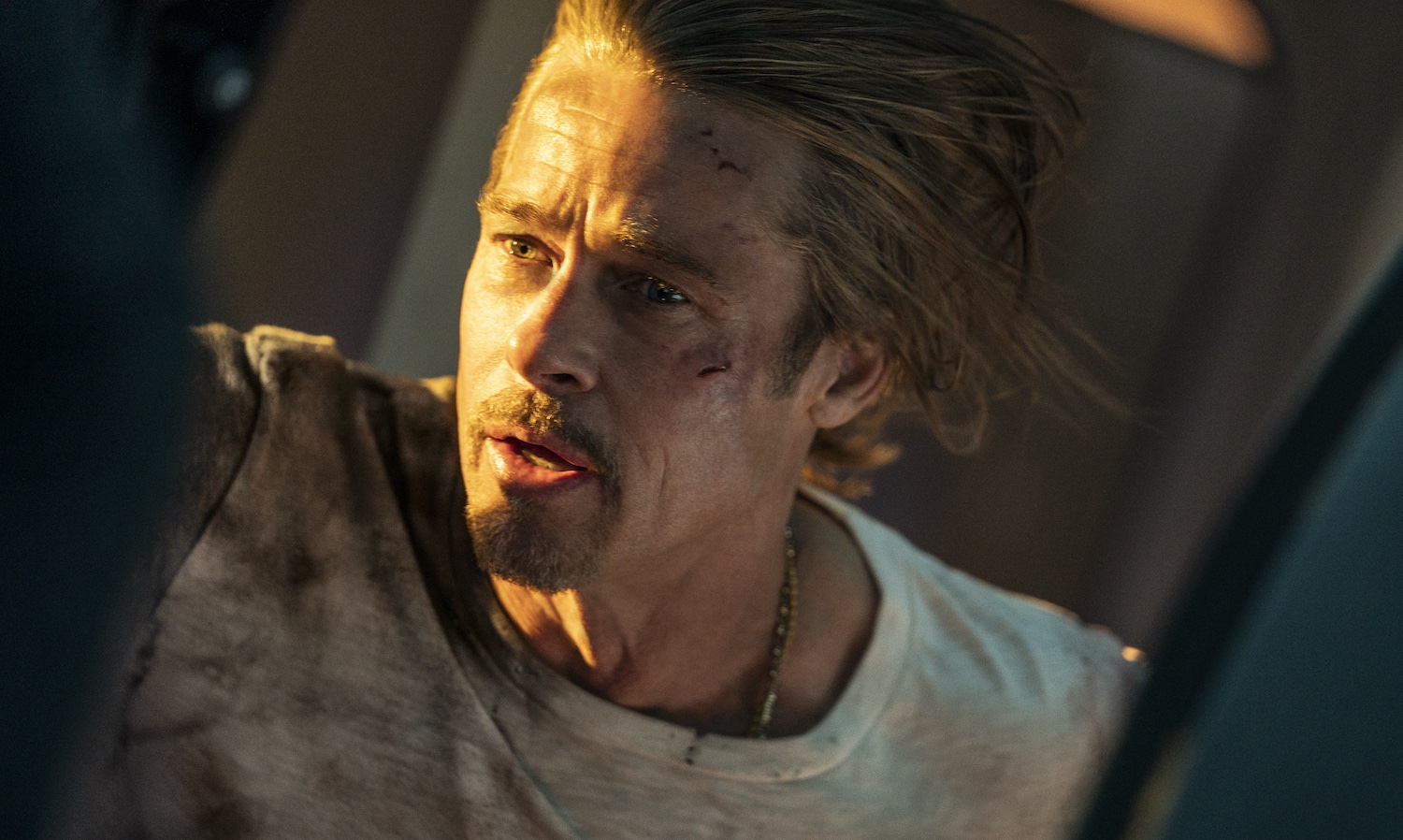 The setup finds a former assassin-turned snatch-and-grab guy codenamed “Ladybug” (Pitt) tasked with retrieving a briefcase on the titular bullet train before its final destination in Kyoto. Ladybug considers himself unlucky and tires of his old life of violence and death. His handler (voiced by Sandra Bullock) assures him this mission will be easy but also encourages him to take a sidearm, just in case (He does not because: movie). Soon the bodies, a poisonous snake, and other oddities are piling up. Throughout Bullet Train’s long runtime, every main passenger/assassin will be treated to flashbacks with snazzy title cards, punctuated with tired needle-drops (though, to be fair, I did like the Japanese version of “Stayin’ Alive” that opens the film). Very quickly, it’s clear director Leitch wants to party on this commuter rail like it’s the early 00s.

While Pitt’s character is knowingly progressive – like not wanting to mansplain himself to a female killer for hire – the bulk of the film is anachronistic to the point of being borderline offensive. Like last year’s tone-deaf Kate, which starred Mary Elisabeth Winstead, witnessing an endless horde of faceless Asian men getting killed by (mostly white) westerners is a bad look in 2022. Andrew Koji’s character Kimura who’s on the train to save his son, is certainly a step in the right direction of trying to balance out the “Americans killing foreigners on their own soil” angle but knowing this film is based on a book by Japanese author Kōtarō Isaka, which featured many of these characters, but not American makes the whitewashing more apparent. The script by Zak Olkewicz supplies comedy zingers like he did in Fear Street: 1978 but feels hollow. Beyond the cast’s talent, most notably Pitt, this is pretty much Ghost in the Shell remake territory as opposed to Edge of Tomorrow. 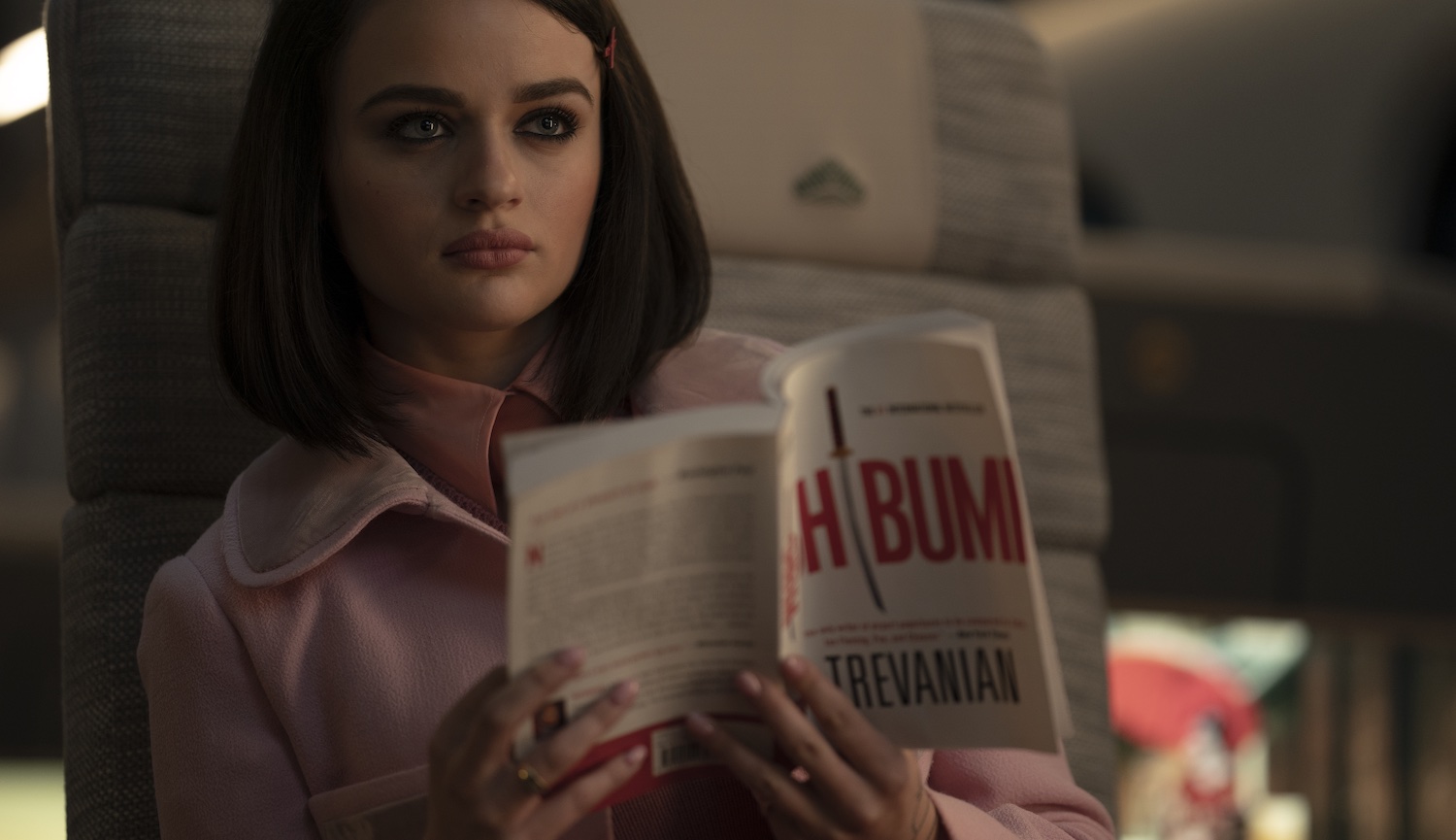 Worse, nearly every woman in the film is a misogynistic take on the female assassin. Like Pitt, Charlize Theron’s star charisma made Leitch’s Atomic Blonde watchable – not as off-putting as her character could have been. Maybe the script’s version of her character was just as uninspired and shallow as Joey King’s character Prince is here. King is second-billed on the poster. It’s a terrible role. We can armchair quarterback imagining what a young Chloe-Grace Moretz might have done playing someone so paper thin evil, but King doesn’t deliver on the character beats/range needed to elevate her part. And I was actually shocked by how tasteless her character and Zazie Betz’s Hornet were. Bad Bunny also shows up as an idiotic Mexican stereotype. Sigh.

Are any aspects worthwhile beyond Pitt’s charm? Yes, the paring of Aaron Taylor-Johnson and Brian Tyree-Henry as twin killers with their own eccentricities is a pleasant surprise. Henry’s “Lemon” has an ongoing fun bit about Thomas the Tank Engine as a life code which amuses. Taylor-Johnson’s “Tangerine” is a wonderful send-up of pent-up frustration in a slick suit. And while the film is overlong, especially in the bombastic last act, individual scenes can be engaging.

The problem is that Leitch doesn’t have the personality, the knowing wink at the audiences, to sell material that too often grates. POC and women roles can be celebrated by way of exploitation the way Tarantino delivers but even for him, it’s a trick even he can stumble on from time to time, like his divisive Bruce Lee portrayal in the otherwise magnificent Once Upon A Time… In Hollywood. Leitch’s talent with actors and set pieces is better served as a journeyman director like in the forgettable but amusing Hobbs & Shaw. In Bullet Train, there are plenty of well-staged action scenes that are often contrasted with Pitt’s silly interactions. If you came to see a Hollywood legend not afraid to look foolish, Bullet Train is (barely) worth hopping aboard, but for the most part, you can catch a different ride. 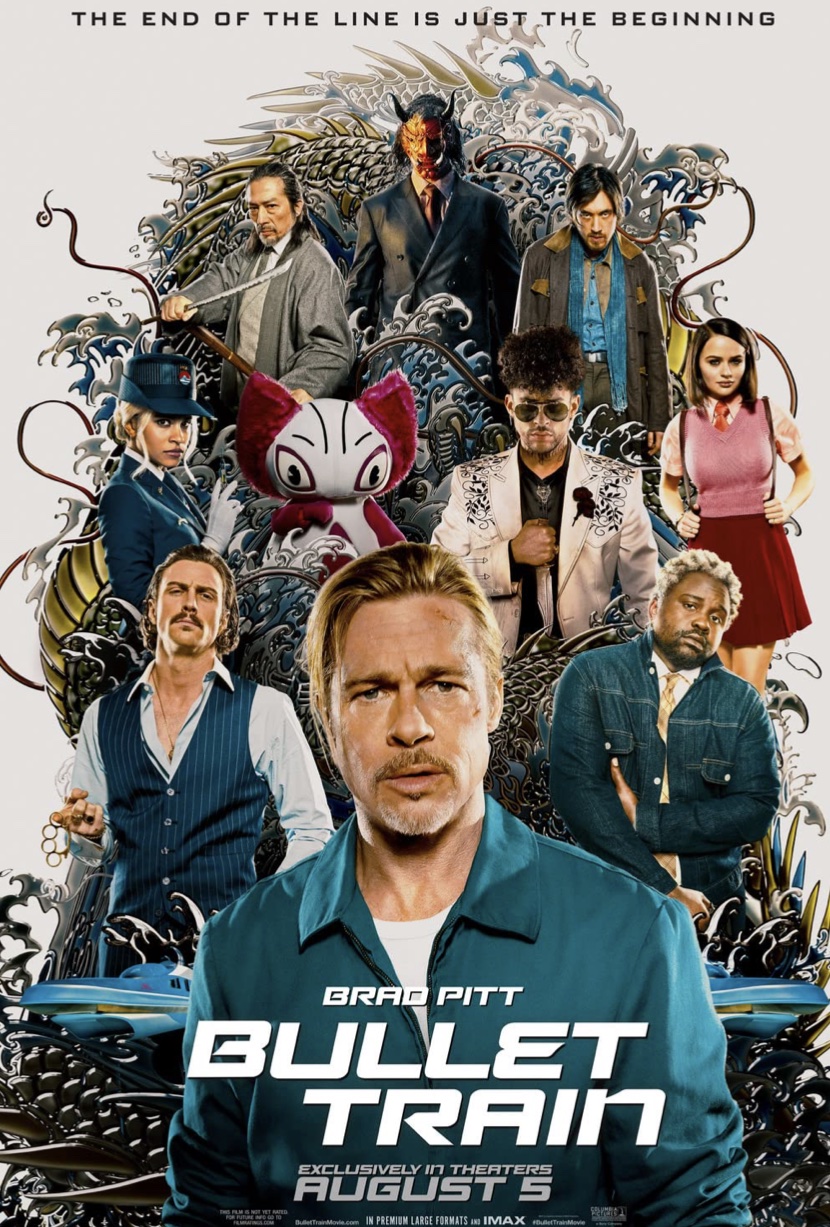 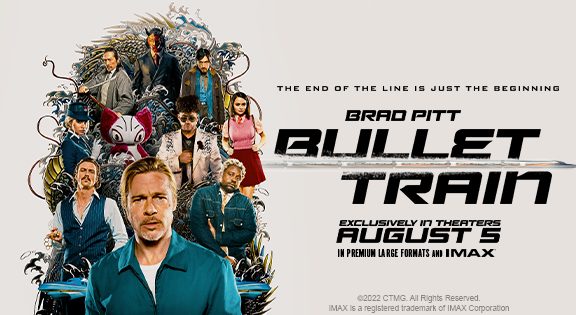 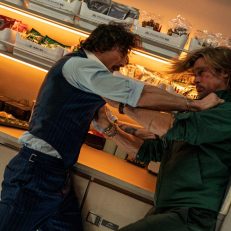 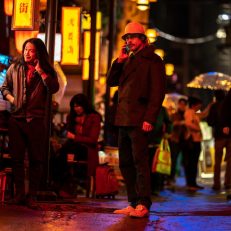 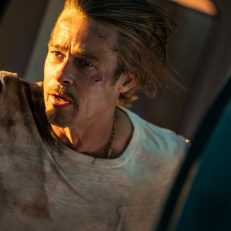 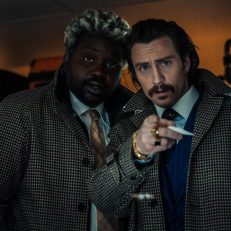 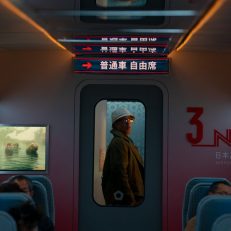 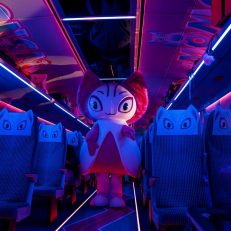 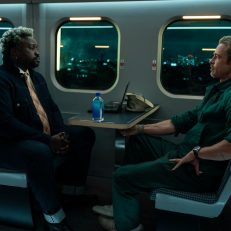 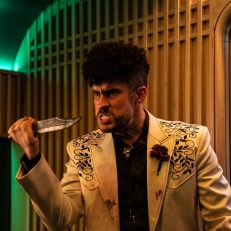