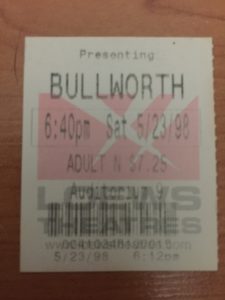 Senator J. Billington Bulworth (Warren Beatty) decides to end it all. He orders a hit on himself, and takes out a $!0 million life insurance policy to provide for his family. With the end in sight, Bulworth decides to start talking straight at his campaign appearances, and finds it so liberating he reconsiders giving up on life. 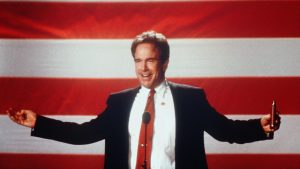 A politician telling truth is a funny idea. The part that doesn’t check out is that anyone would care. In real life, it wasn’t telling the truth that won a wild card the election. It was telling his base what they wanted to hear. Trump would contradict himself from rally to rally. We had it on tape. They didn’t care.

But let’s see what the truth was in 1998. Bulworth reveals that poor voters lose out to special interests who fund his campaign. That checks out.

Calling out TV reporters at a debate is a valid point. Highly paid TV personalities hardly have the people’s interest at heart. And we see they empowered Trump for big ratings. It didn’t matter if they asked him tough questions. They gave him a platform. Suggesting that networks give politicians free air time so they don’t have to sell out their votes is profound. It’s kinda buried in a long rant in his third act TV interview.

Health care is the big issue of Bulworth’s campaign and he’s right. Paul Sorvino plays the insurance lobbyist who’s paying him to vote down a health care bill that would make it really haaaaaaaard for corporations to make money providing the service they are selling to people. But how can the people who need care get anything done? They don’t have money to make a counteroffer. Obamacare was the big disruption but the people who would benefit from it don’t understand how it works, and they can be easily convinced to support people who oppose it. 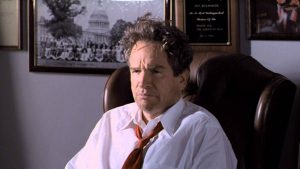 His plan for erasing the races by cross breeding us all  is more outrageous, only because you can’t force people to hook up, but look at racial tensions today. He was onto something about eliminating the divide by literally removing the divisions that people cling to, but there’s always going to be someone who’s happy to exploit those divides. I wonder how Bulworth would combat those forces. Maybe if there was a sequel.

Bulworth talks about the lack of black leaders because the system holds them back. Fortunately Obama got elected 10 years later. So among other achievements, Obama proved Bulworth wrong. 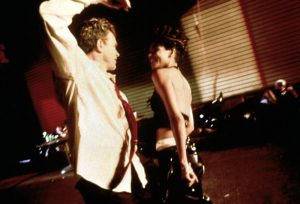 In addition to political satire, there’s a lowbrow comedy to Bulworth too. Beatty is game to act like a buffoon. A stuffy white politician grinding in club is funny, and he grows increasingly disheveled throughout the film. His rapping was good for a scene but maybe shouldn’t have been the whole movie.

This was the first time I heard the term “nappy dugout.” I was not listening to George Clinton or ice cube so Beatty was more educated than me. It’s actually really easy to rhyme other phrases with “nappy dugout,” as I would learn throughout the summer of 1998. 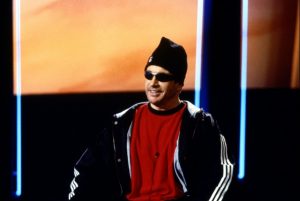 I’d venture Beatty knew as much about the hood as he did about rap but I believe he was trying. He shows white cops harassing black kids. He shows a drug dealer (Don Cheadle) prays upon kids’ desperation to recruit them, although Cheadle’s character isn’t wrong white politicians create this system by disenfranchising the kids in the first place. 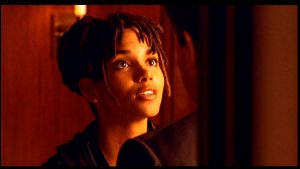 Another potential problem is that Halle Berry is Bulworth’s young hot reward and may be an exotic other he culturally appropriates. That’s a role women are still asked to play in movies today.

The ultimate message is that the powers that be won’t allow someone to speak the truth. I bet that’s true too. They will find a way to stop you.

At least Bulworth inspires the drug dealer to be a community leader. So he leaves a little something behind. The line is you have to be a spirit, not a ghost. Bulworth went too far and became a ghost. A spirit can keep challenging and fighting but stay in the game. 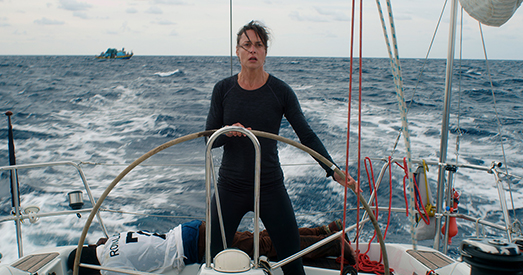