Airing on Disney+ beginning December 11th is the new football movie entitled Safety, which was directed by Reginald Hudlin (Boomerang). Based on a true story, the movie focuses on Clemson University freshman Ray McElrathbey (Jay Reeves), who due to a family emergency must care for his 11-year-old brother Fahmarr (Thaddeus J. Mixson) while going to school and playing football. But, when the school and the local community try to help Ray and Fahmarr with their difficult situation, it jeopardizes his scholarship, forcing Ray to ask the NCAA for an exemption. Now, with his future on the line, he will do whatever it takes to continue his education and protect his little brother.

The press conference began with director Reginald Hudlin discussing Ray McElrathbey’s story and what moved him to make a film about it. “So, I get this script, and I’m reading it. Twenty pages in, I stand up, and I start pacing around,” he explained. “My wife was like, ‘What’s wrong?’ I’m like, this is good. I read another forty pages and was like, I think I’m going to work on this. I just really related to Ray’s story. I’m from a small town in the Midwest, all black, economically deprived, where it takes a lot of energy to get escape velocity and to create an opportunity for yourself.”

“Ray had it tougher than most,” Hudlin continued. “He’s the guy who made his way out of a no way situation where failure was not an option. I think that’s a really important message. I knew it was especially important for the times we’re living in because right now we’ve got a country that’s really torn apart. What Ray represents integrity because he succeeded while maintaining a focus on education, a focus on excellence, which in his case was on the playing field, and most importantly, taking care of his family. I think those are values that we all think of as important, I don’t care who you are or where you’re from. So, if we can come together focusing on those values, I think that starts to heal and rebuild our society.” 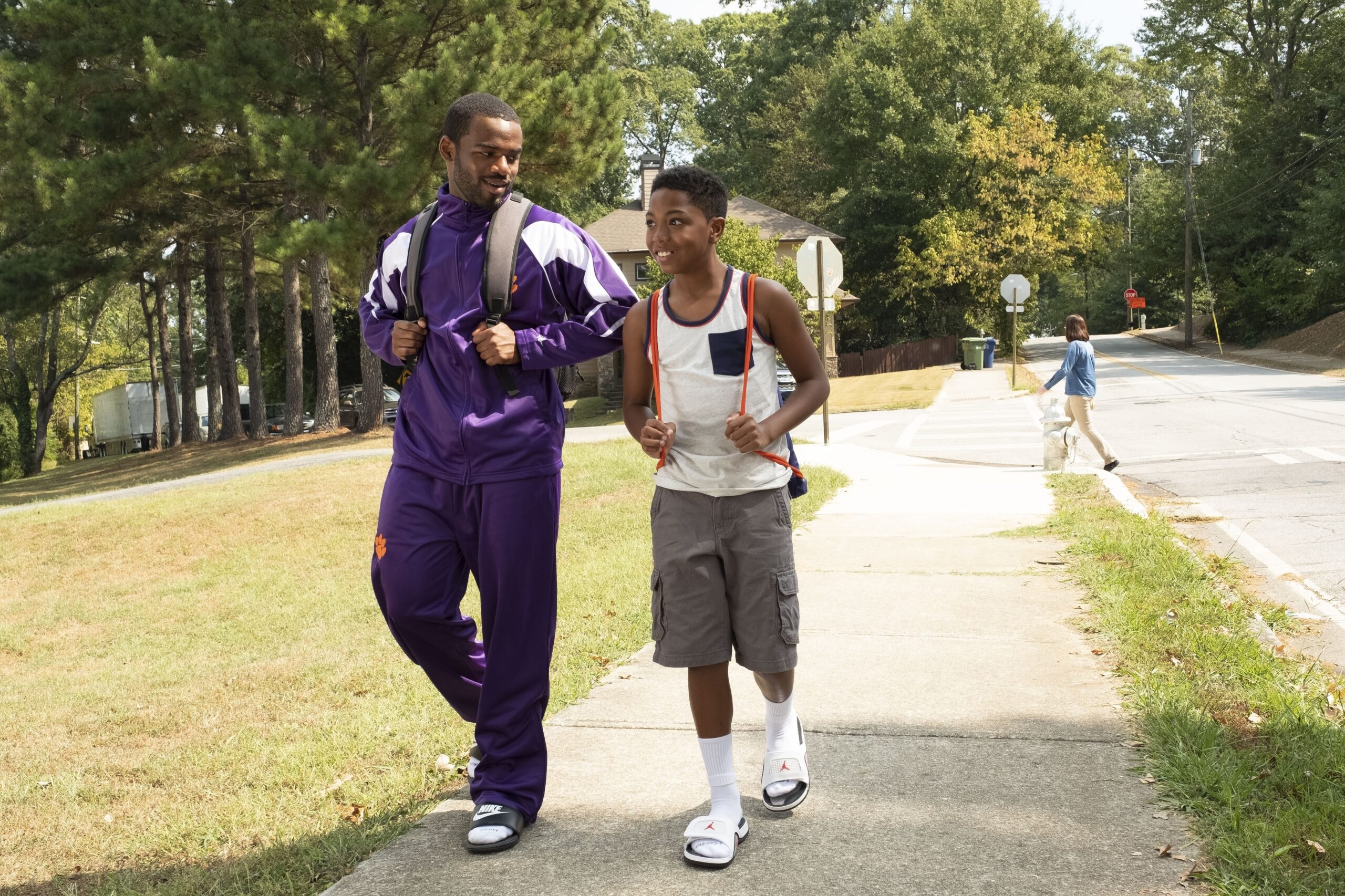 Actor Jay Reeves admitted that he did not know McElrathbey’s story before making the film but explained why Ray’s life is so inspiring to him. “I actually didn’t know anything. Going into it I started my research as soon as I got the material,” he said. “So, watching the YouTube videos and then also I followed Ray before I even got the role. I followed him on Instagram just to get a little bit ahead. So, I really didn’t know anything about him. I just dove in headfirst and got to know this fantastic story. Ever since day one I was overwhelmed with excitement. So, I’m so grateful to be a part of this project.”

Newcomer Thaddeus J. Mixson also didn’t know that the movie was based on a true story until filming began and talked about how he prepared to play Ray’s little brother, Fahmarr. “I really wanted to show how Fahmarr felt on screen and just make sure it comes across the right way. I didn’t know it was based on a true story till I got on set the first day,” he admitted. “So, I started searching and looked at an Oprah Winfrey interview that they had done. I just wanted to try to embody that as much as I could. I actually almost cried from just watching it because you could just see the pain. I know he went through a lot. I just wanted to show that on-screen.”

Ray McElrathbey talked about the strange experience of having a movie made about his own life. “It’s surreal,” he explained. “It’s a wonderful experience more so than anything. It was something I’ve been praying for. So, I’m blessed and excited to have the opportunity to be here. This is something I could have never thought of. Surreal is the word I will use for how I feel about this situation and having a movie made about my life.”

Kaycee, the role played by Corrine Foxx, is a composite character and the actress explained how she discovered that. “I remember asking Ray, who is the real Kaycee?  And he said, ‘There are a lot of girls that are going to think they’re Kaycee.’ So, we started with that,” she laughed. “But I was really attracted to the role because I have two little sisters that are 12 and 13-years-old.  I could only imagine what I would do for them. I would do absolutely anything. So, I think that’s what attracted me to this story and then building out Kaycee. She is a sports reporter. She’s super persistent, she’s determined, and I’m very similar to her in that way.” 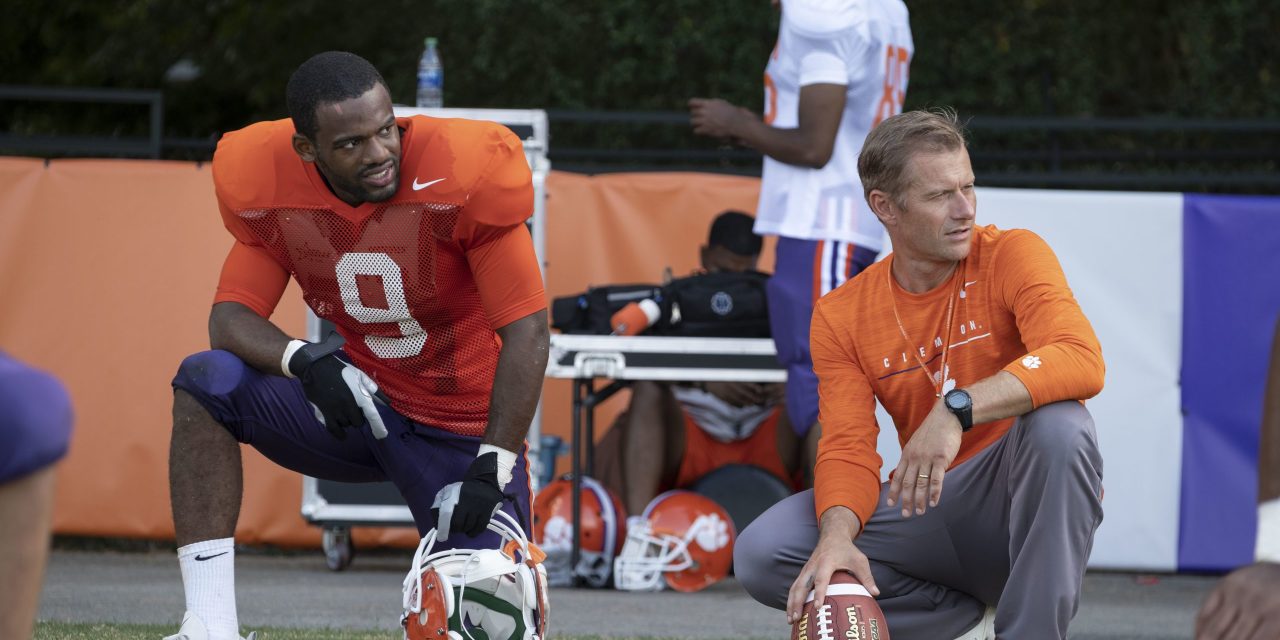 Hunter Sansone plays Ray’s roommate, Daniel, and the actor talked about his chemistry with Jay Reeves. “Yeah, Jay and I had chemistry from day one,” he said. “I always think about our first chemistry read together. I pulled up to a building for an audition. I was parking my car and I saw him walking into the building. I’m like, that’s the guy who’s playing Ray. So, I run up to him and I’m like, hey, man, I’m reading for Daniel. How are you doing?  We automatically had that Daniel/Ray dynamic from day one. Sure enough, one thing led to another, and we ended up doing the film together. We really had that chemistry from the beginning.”

Finally, Hudlin discussed some of his favorite football movies and how they helped inspire him while making Safety. “There are so many great sports movies going back to Brian’s Song, Remember the Titans and Friday Night Lights,” he said. “So, you know if you do it well, you can really resonate with audiences. The trick is what new do you have to say?  It’s not about let’s just do what they did. Fortunately, we had a true story.  So, it was really invaluable to have Ray involved in the entire process and having him on set, for my sake and for the sake of the cast.  It’s part of a tradition, but I think Ray’s story is unique and has something special to say that resonates with everyone who sees it, no matter who they are, no matter where they’re from.” 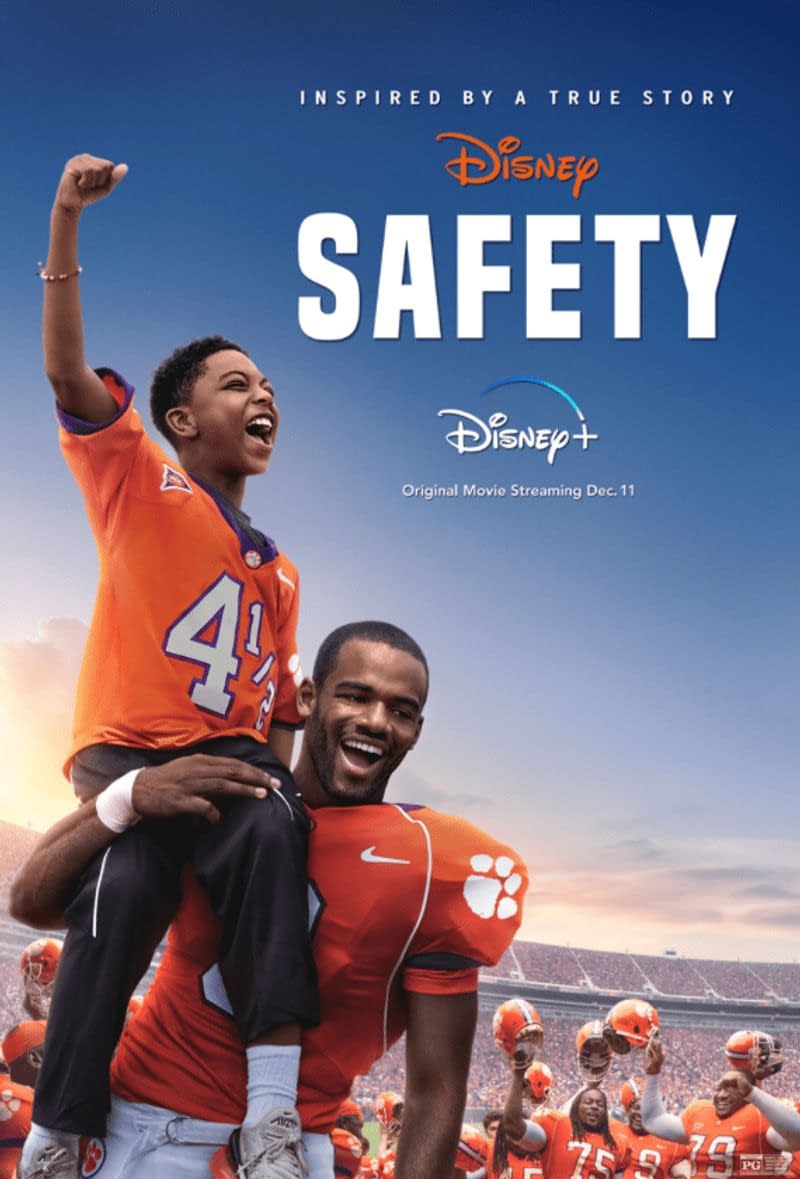 The cast of ‘Safety’ discuss the new uplifting Disney+ movie