With both X-Men: Apocalypse and Deadpool set to be released next year, it’s easy to forget that a third 2016 entry into the X-Men film series is on the horizon as well.

Gambit, starring Channing Tatum as the title character, will be hitting theaters on October 7, 2016. The movie will focus on the card-throwing mutant, who mentally controls and manipulates kinetic energy to serve his desires. So far, the X-Men spinoff project has not received as much attention as the other two 2016 X-Men films, but fortunately, Tatum recently gave an update on the film, in which he speaks very highly of it.

In an interview with Empire Magazine, Tatum said, “Josh Zetumer just turned in the first draft of the script, and it’s killer. None of us were sure how he was going to deal with the X-Men world. But we’re going to be changing some of the tropes of these movies. It’s always about saving the world, but maybe we’re going to shift things a little bit.”

Tatum also confirmed that Gambit will tell the character’s origin story by saying, “There’s so many ways you can take [an origin story]. You could do it like Batman Begins, or a different take and go the Guardians of the Galaxy route. All I can say is, I’m super excited.”

On how he specifically relates to the character, he said, “I love Gambit. I grew up in the South; my father’s from Louisiana. We’d go to New Orleans and I heard all the dialects. It felt so different from the rest of America; it has its own ancient culture. So I identified with that. And he always felt the most real of the X-Men to me. He’s kind of a tortured soul and he’s not a good guy. But he’s not a bad guy, either. He walks his own path. And of course he plays cards and drinks and is a martial-arts badass!”

It is still unknown if Gambit will make an appearance in the X-Men film universe before his solo film, but rumors suggest that he may pop up for a smaller role in X-Men: Apocalypse next year. 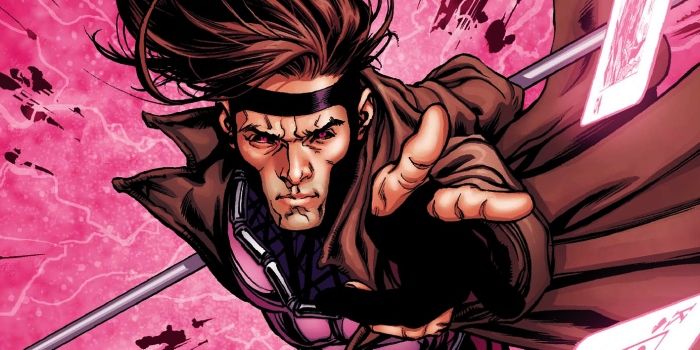 by Justin Cook With both X-Men: Apocalypse and Deadpool set to be released next year, it's easy to forget that a third 2016 entry into the X-Men film series is on the horizon as well. Gambit, starring Channing Tatum as the title charact...
0
Average User Rating
0 votes
Please sign in to rate.