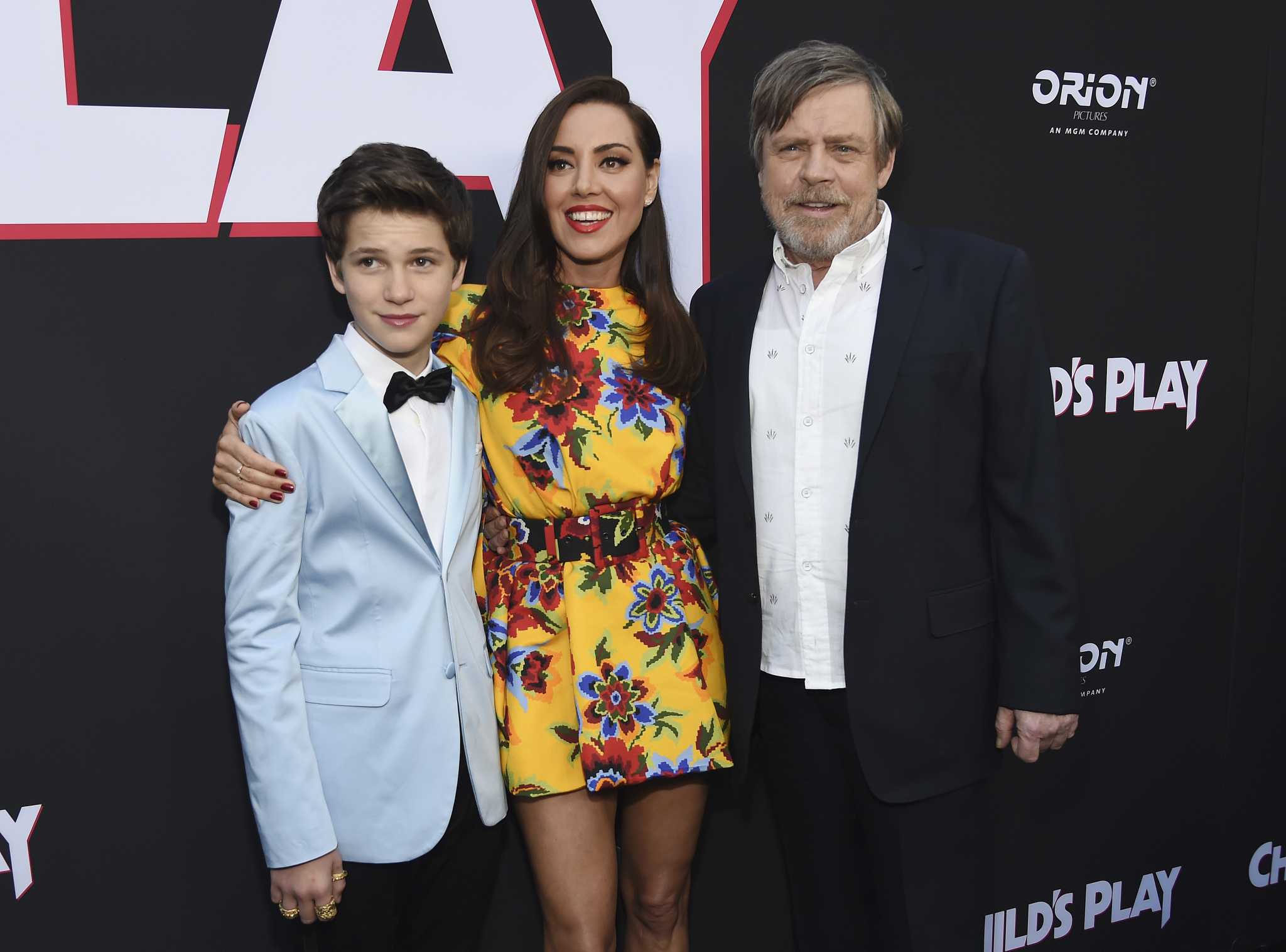 Lars Klevberg’s Child’s Play remake opens alongside Toy Story 4 this weekend. For those who are looking for some scares and are curious about this modern take on the serial killer turned doll, you may end up enjoying this fresh new take on the cult classic franchise created by Don Mancini. In addition to seeing the film a few weeks ago, I also got to participate in the Child’s Play press conference where I was able to ask the cast and crew about who was responsible for the Toy Story marketing campaign and what their favorite horror films were.

Lars Klevberg:  For marketing, it was the producers and the studio.

Mark Hamill:  There they are in the back of the room. Raise your hands’ fellas.

Mark Hamill: Funny thing is, I got blamed for it from Toy Story fans. They said, “Are you doing this?” I had to say it’s not me. I think it’s brilliant and very tongue and cheek because it conveys the humor of the movie in a way that is spectacular and unique.

Lars Klevberg:   In terms of horror movies, for me, when I think about the 80s and horror, I think of the remake of The Blob.  That’s high up there for me.

Brian Tyree Henry: I fucking love that movie.  It’s one of my favorite movies.

Brian Tyree Henry: Yeah, like when it falls down and then the skin melts off. I was like, “That is fucked up.”

Mark Hamill:  I’m old school. I like the original Psycho because it’s the only movie I remember my parents getting home from seeing it and they were scared. I’d never seen my dad like that before. So, I waited for about another 10 years to watch it but it’s an amazing film. I think its perfectly made.

Brian Tyree Henry: You don’t mind pretending to stab people all the time?

Aubrey Plaza:  No, no, not at all. I go for more of the psychological horrors like Misery, that kind of thing. Something that could really happen, that’s scary to me.

Mark Hamill: I’ve got a blender that begs to differ.

Gabriel Bateman:  I don’t watch that much horror but the first thing that comes to mind is The Shining. It’s one of the first horror films I watched, so yeah.

Brian Tyree Henry:  For me, Candyman. It destroyed my entire fucking childhood.

Brian Tyree Henry: Tony Todd is a beast. I went to school disheveled for months because I was afraid to look in a mirror. I looked like I don’t care. I’m not going in the bathroom and I was like, “And he’s black!” It’s like, “He’s black.” I had never seen anything like that before. Yeah, I’m not going to lie, Chucky was one of my favorites too because I was still a child at that time when it came out and most horror movies were adults getting messed up. Then you’ve got this kid who has a toy and toys are important to you as a child but I didn’t care about toys after that movie. I just got rid of them.

Mark Hamill:  There’s something about creepy toys. There was a Twilight Zone in ’63. I was too young to see it in prime time but in the summer, I got to stay up late and watch Twilight Zone. It was called Living Doll and Telly Savalas was the abusive husband and there was a doll called Talky Tina, which was a takeoff on Chatty Cathy. June Foray did the voice. The chilling line in it, because when no other people around, Talky Tina, instead of saying, “My name’s Talky Tina and I love you very much,” she says to Telly Savalas, “My name’s Talky Tina, and I’m going to kill you.” I’m like Holy moly!

Mark Hamill:  Yeah, that was pretty much the height of horror. She didn’t go on a rampage like Chucky but I thought, “This is a genius idea.” There were other Twilight Zones that have malevolent ventriloquist dolls that were really alive or another one with Jackie Cooper where there’s a variation on the theme. There’s something about scary dolls. You were in Annabelle (looks at Gabriel), right, another scary doll movie.

Gabriel Bateman: Yeah, that the first thing I filmed. It was my first or second. Yeah, it was scary.

Gabriel Bateman:  I watched Annabelle with my eyes closed. I was like nine at the time so I was very scared of it.

Mark Hamill:  Yeah, I have people on Twitter saying, “Look, I love you Mark but, I’m sorry, I just can’t do horror.” One person even said, “I’ll buy a ticket but I won’t watch it.” That’s a fan, right?

Brian Tyree Henry:  That’s all my family. All my family is like, “Yeah, we’ll get a ticket.” I’m like, “You’re not going to go and watch …” They’re like, “No, absolutely not.” Not really supportive like that.