We all love a good surprise, don’t we? Chip ‘n Dale: Rescue Rangers is the best surprise to come out of a major Hollywood studio so far this year. As someone who grew up watching the animated series, along with Ducktales, Darkwing Duck, Talespin, and Goof Troop, every weekday after school, I was cautiously optimistic when I heard Chip ‘n Dale was getting the reboot treatment. And when it was announced that the film was going to debut on Disney+, my excitement level for it plummeted. Even though I have been a subscriber of Disney+ since day one, I feel like the overall quality of the original films and programs has been mediocre at best. Sure, there has been a solid series or two and a few good Pixar films that probably should have been released in theaters, but most Disney+ content has done very little to impress me.

Not the case with Chip ‘n Dale: Rescue Rangers. Like some of the recent Pixar films, this film is one that very much deserves to be playing in theaters. It is easily the most original and clever film I have seen from Disney since Zootopia. If you have read anything about this film online, you have probably seen almost everyone comparing it to 1988’s Who Framed Roger Rabbit, a film nominated for 7 Academy Awards with a box office return of over $300 million on a $50 million budget. In addition to the many accolades, its success led to a theme park ride at Disneyland, let alone its status as a modern classic. A movie like Who Framed Roger Rabbit is an anomaly nowadays, and yet, for some strange reason, Disney decided not to release Chip ‘n Dale in theaters. This isn’t just a strange decision because Chip ‘n Dale is a GREAT movie but because I could honestly see the film being a hit at the box office.

Chip ‘n Dale: Rescue Rangers is a difficult film to review because the less you know about it, the more fun you are likely to have when watching it. While those who grew up watching the original series are likely going to enjoy this film a little more than those who haven’t, I do believe anyone, even those who have never seen an episode of the series, will find this movie to be ridiculously entertaining and consistently funny. The film pokes fun at the Hollywood system, which dives into unnecessary reboots, sequels, and direct-to-video or on-demand movies that try to rip off other popular films. The whole thing is very colorful and fun, yet it has this crazy darkness underneath. It is a film that draws a lot of its inspiration from Who Framed Roger Rabbit while paying tribute to several iconic buddy comedies from the 80s and 90s.

This is the type of film where you will keep asking, “how did they get away with doing that?” repeatedly. While many of those moments stem from a large number of appearances from characters Disney does not own, I was more surprised with the jokes that Dan Gregor and Doug Mand were able to get past the Disney executives and into the final cut of the film. There are some real zingers in this film and ones that made me laugh out loud several times throughout.

What I appreciate and truly miss about movies like this one is that the writers and filmmakers aren’t afraid to include jokes that are ballsy and are 100% geared toward the adults who are watching. Some may argue that Pixar does this all the time, and while I agree to a certain degree, it is not the same as what is found in this film. The dark humor found in many Chip ‘n Dale scenes feels like inside jokes from yesteryears. This made the film so refreshing to watch. I couldn’t help but think, “they just don’t make movies like this anymore.” 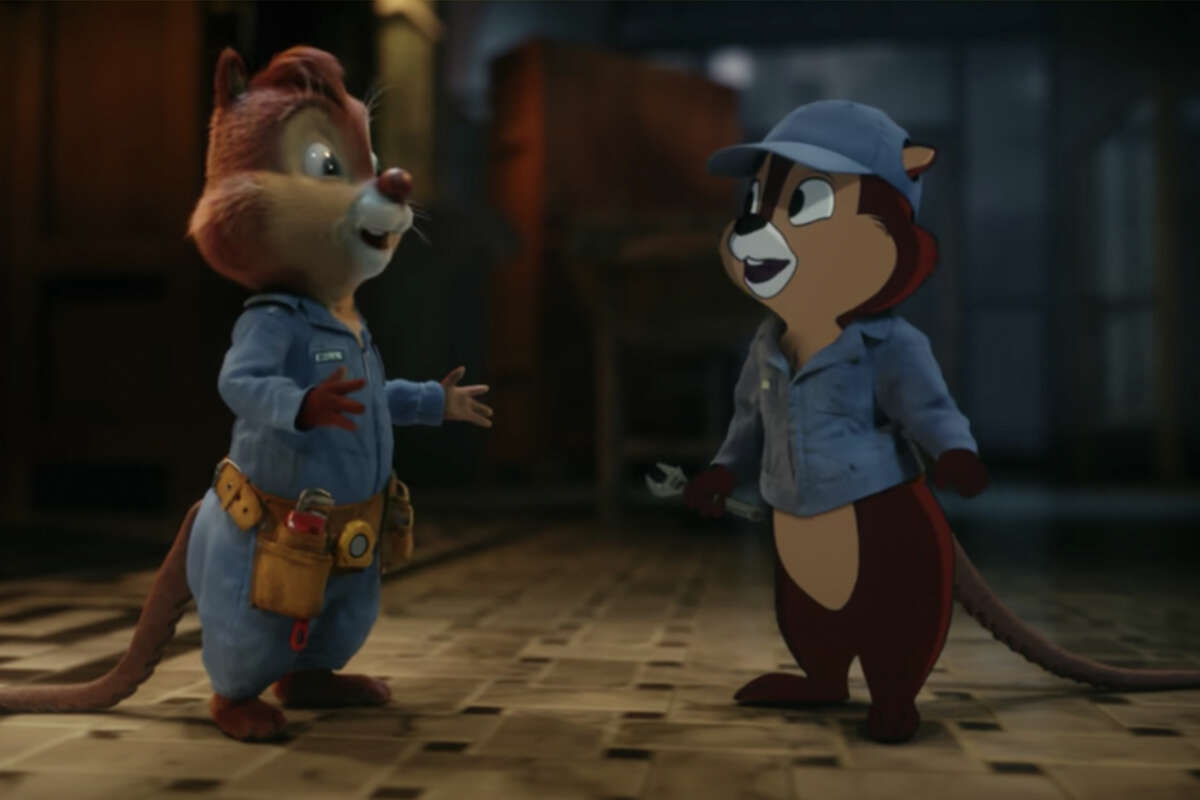 The incorporation of hand-drawn animation mixed with CGI and live-action is used brilliantly in this film. The entire movie is self-aware and meta but isn’t afraid to acknowledge everything it is doing every step of the way. You see films like Tom & Jerry that try to pull this off and fail, yet this one doesn’t. I even like how they go so far as to poke fun at how everything is CGI nowadays by giving Dale “CGI surgery” so he stays true to the times. It is small jokes like this that I appreciate about the film and not only are put in there for laughs but also pay homage to the history of animation and how it has changed over the years.

I could probably go on and on about all the things that I loved about Chip ‘n Dale: Rescue Rangers, but I don’t want to risk spoiling any of the fun. That said, I would try to watch this film sooner rather than later as we all know that the internet loves to spoil things, and there is a ton of stuff in this film (including one specific character) that audiences will laugh their asses off at. Chip ‘n Dale: Rescue Rangers is a brilliantly bold and hysterical satire destined to be a cult classic. It’s one of the best and funniest films that 2022 has to offer this far. 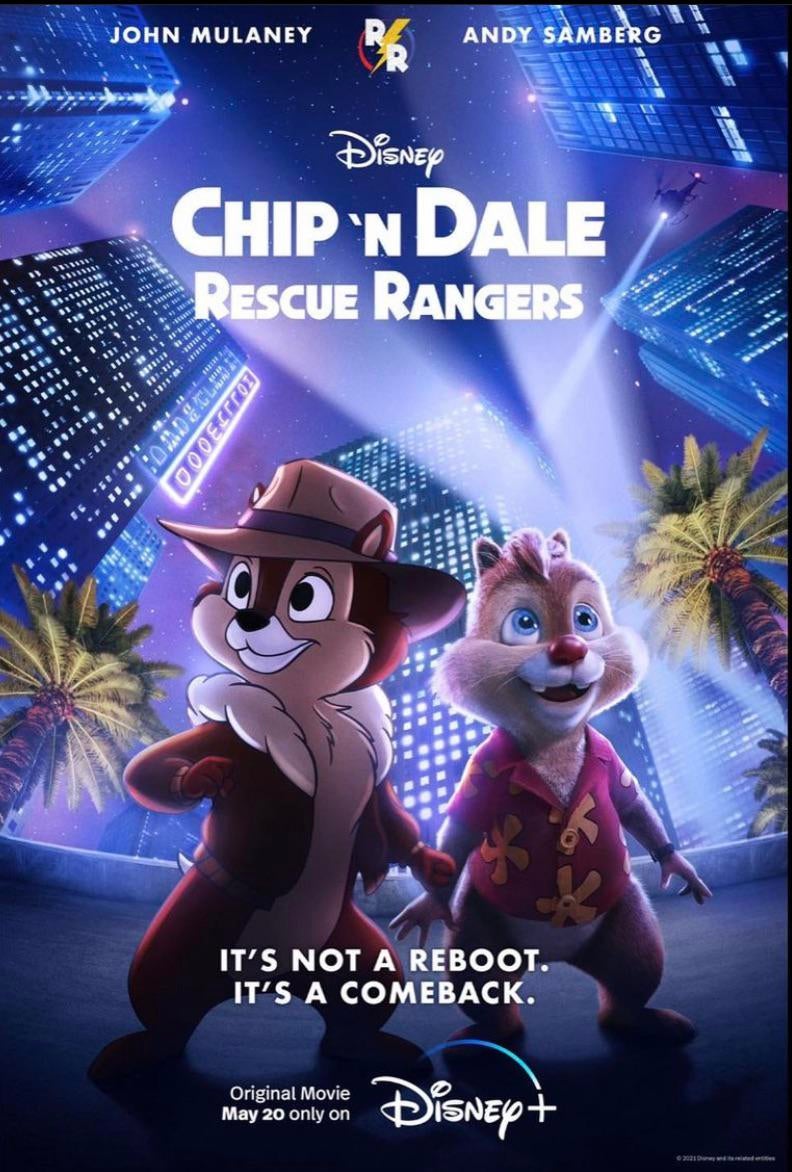 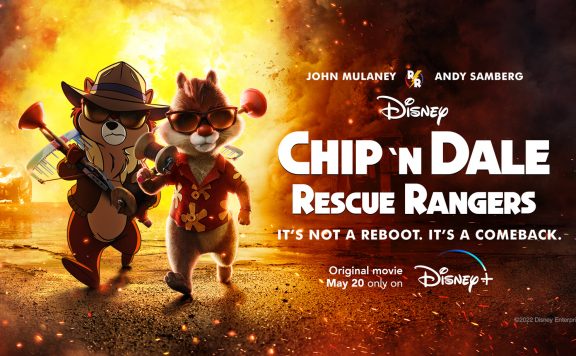 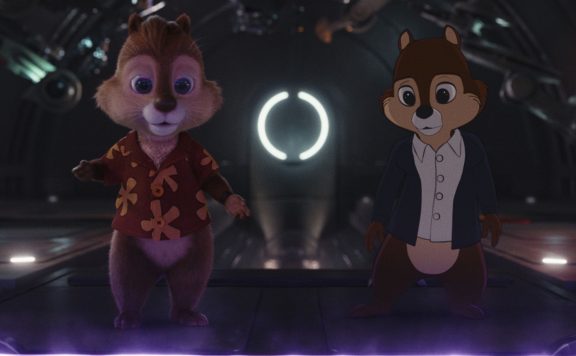