I can’t say I need this for all reboots and legacy sequels going forward, but what Chip ‘n Dale: Rescue Rangers pulls off is quite clever. Rather than simply bringing back the animated Disney series from the early 90s by throwing these characters into a standard adventure stretched out into a film, we get a Hollywood satire/metacommentary about reboots. It’s not the first time this has been attempted. This is not even the first time we’ve seen animated and live-action characters coexist while this sort of story is attempted. That said, it’s not as though the success of Robert Zemeckis’ 1988 classic, Who Frame Roger Rabbit, has been matched all that often. Rescue Rangers doesn’t quite rise to that challenge either, but it’s consistently funny, knowingly clever, and loaded with a surprising amount of stuff from various studios.

The premise explains how Chip (John Mulaney) and Dale (Andy Samberg) are actors who found their way to fame with the Rescue Rangers TV series. This is a world where animated characters and regular humans coexist as if it’s no big deal. Grounding things in reality means that good things don’t last, and because of Dale’s desire to be a bigger star, things backfire, and the show gets cancelled. Cut to thirty years later, Chip works as an insurance salesman while Dale works the convention circuit. Dale even got the CGI surgery to be on the hipper side of things.

With Samberg as a lead voice and Akiva Schaffer (Hot Rod, Popstar: Never Stop Never Stopping) behind the camera, of course the comedy style of The Lonely Island is very much present throughout this reimagining of Rescue Rangers, scripted by Dan Gregor and Doug Mand. Is this the best thing that could have happened to bring this show back? No idea, but it’s very welcome. Much like how Phil Lord and Chris Miller shifted between 21 Jump Street and The Lego Movie, it’s very fun watching proven comedic talent adjust their sensibilities to work in a kid-friendly nature while holding onto the cadence and irreverence that helped their rise to success.

As a result, in addition to the fun that comes from having Mulaney and Samberg riffing off of each other and the loaded comedic cast that includes the voices of Will Arnett, Seth Rogen, Eric Bana, Keegan-Michael Key, Tim Robinson, and a particularly superb J.K. Simmons, there’s this inside baseball angle that is played up in the right kind of ways. The jokes-per-minute ratio is quite high as far as the dialogue and sight gags go for film geeks and 90s kids. Yes, I very much fit into that realm, but being a Disney production, it’s still made to feel universal enough for a broad audience to appreciate the amount of wit on display.

I’d argue it’s clever enough to make me wonder how Disney felt the best place for a movie like this to debut was on Disney+. Yes, I understand the streaming service needs content for boring business-related reasons, but Rescue Rangers would absolutely sleigh audiences gathered together for some quality family-friendly fun. It even has enough of a story to make things exciting enough for theaters during a summer that’s also offering Maverick, Doctor Strange, Thor, and a Crawdad.

The actual plot is pretty straightforward. Chip and Dale’s former castmate, Monterey Jack (Bana), mysteriously disappears, bringing these estranged friends back together to see how they can help. Yes, the setup lays out a way for our chipmunk heroes to interact with a variety of characters from other Disney properties, as well as many other studios (some major surprises made me laugh quite a bit), but it’s how this film utilizes those appearances that make it feel worthwhile, rather than a gimmick.

Deploying Rogen as a motion capture Viking dwarf, for example, is a fun way to look back at a certain kind of innovation and rely on the gag to advance the story as well as deliver on laughs. Finding ways to evolve certain established characters works to the film’s advantage as well. Arnett voices a middle-aged version of Peter Pan, and why this character is important brings focus to some of the film’s themes while, again, still being funny.

Even the use of a CGI Dale allows for some sharp subtext regarding how Hollywood can discard anyone who ages out unless they find a way to keep up with the times and remain relevant. That’s not the only cutting aspect of this script, which I quite appreciated in a time where other, lighter fare doesn’t know how to approximate any level of edge amidst the enjoyable onscreen chaos.

As a mystery, there’s only so much to grab onto as far as real intrigue, but Rescue Rangers isn’t aiming too high when it comes to its core story. There’s an effort to build out new versions of these characters, fitting what Mulaney and Samberg can bring. With that in mind, at around 100 minutes, some lulls in the film can be felt when the jokes become a little less rapid-fire to make room for the story. This is not a movie that ever drags, but a tighter edit would have been a benefit to keeping up that comedic energy.

From an animation standpoint, even if this isn’t a high-end Disney product, it’s pretty remarkable to see the level of care that went into bringing so many kinds of animation to life within the same frame. I can’t begin to know the complexities of pulling something like this off, but it certainly feels like a film that would make Zemeckis proud. Still, all due respect to a game KiKi Layne as a rookie detective, Rescue Rangers perhaps could have used a committed live-action presence like what Bob Hoskins pulled off in Roger Rabbit to further nail down what an outstanding technical achievement this movie is.

But really, these are just quibbles. Evolving this old kids’ show into a satirical action-adventure comedy was an ambitious move that paid off quite well. I had some good hard laughs coming from the choices made in bringing Chip and Dale back to life. Plus, there was enough to be impressed by when it came to appreciating how much stuff was packed into this film and the work done to make it actually matter. No doubt, a feeling of nostalgia will come by default, but with the right kind of writing to shape this story, these two gumshoes delivered a very entertaining comeback.

Chip ‘n Dale: Rescue Rangers will be available to stream on Disney+ starting May 20, 2022. 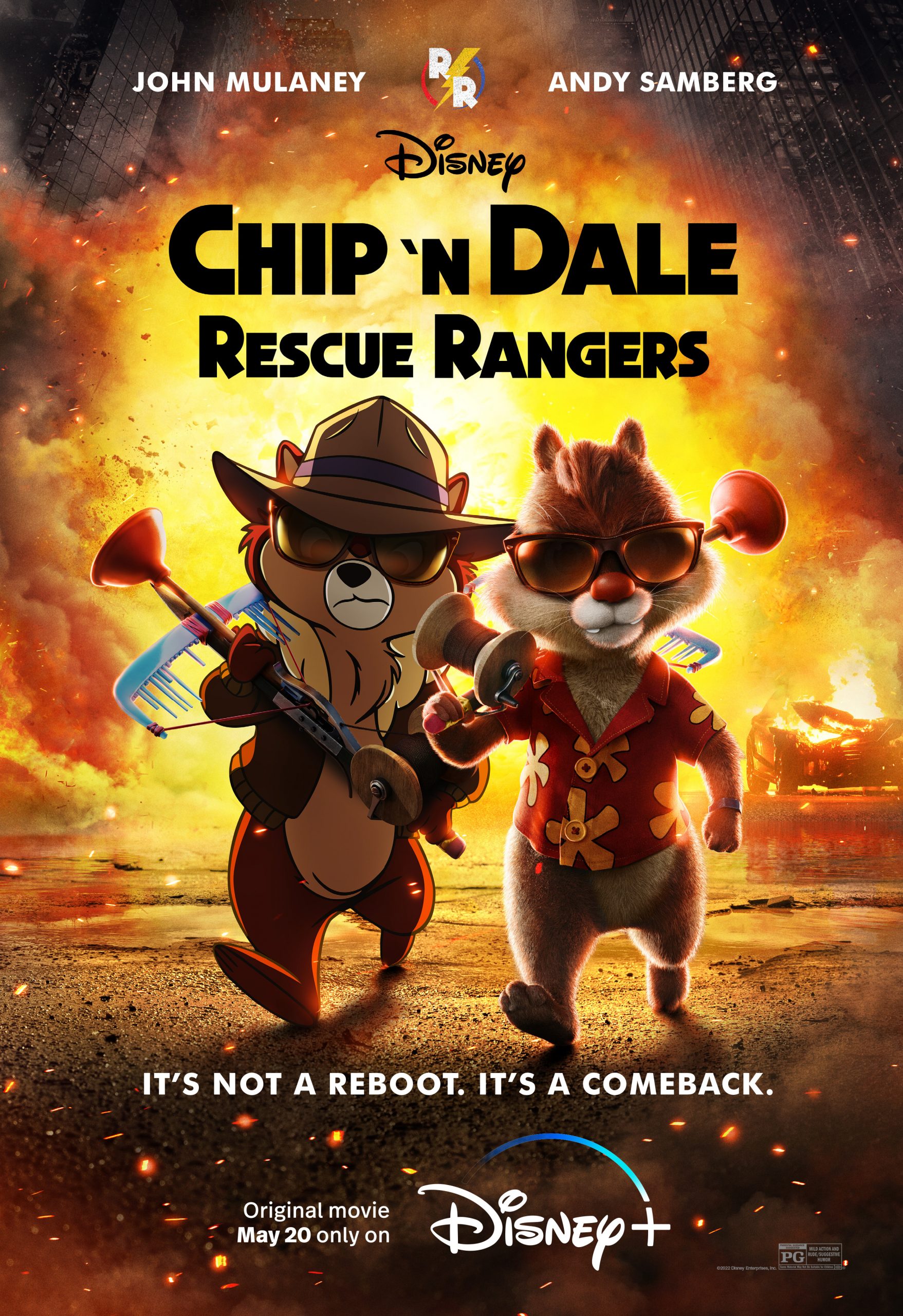 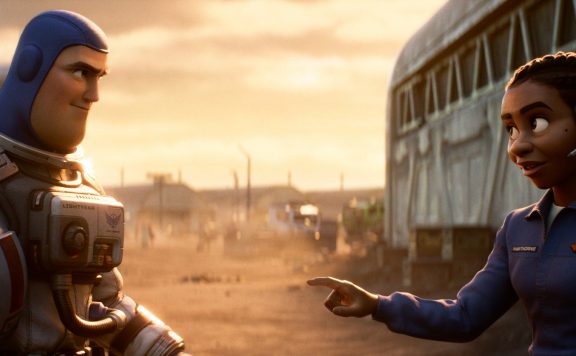 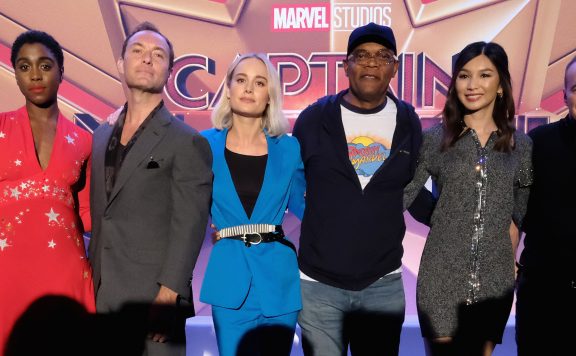 “Captain Marvel” Press Conference Gave Us All the Feels
February 28, 2019

‘Chip ‘n Dale: Rescue Rangers’ Review: No Reboot Too Big Or Too Small 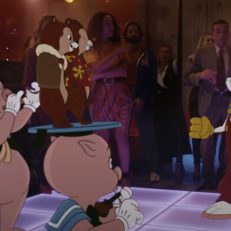 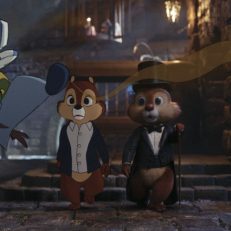 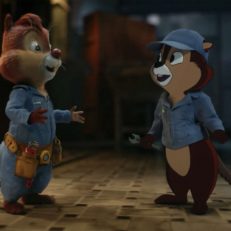 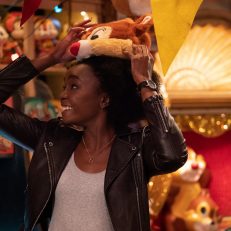 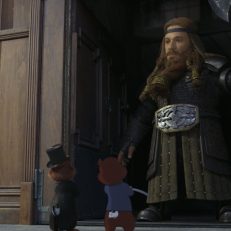 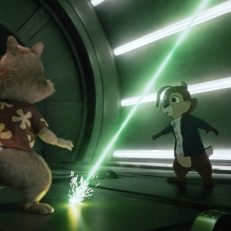 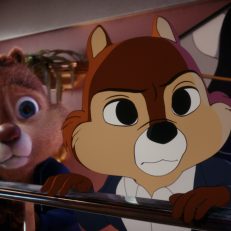 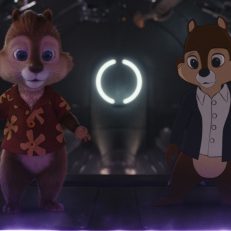