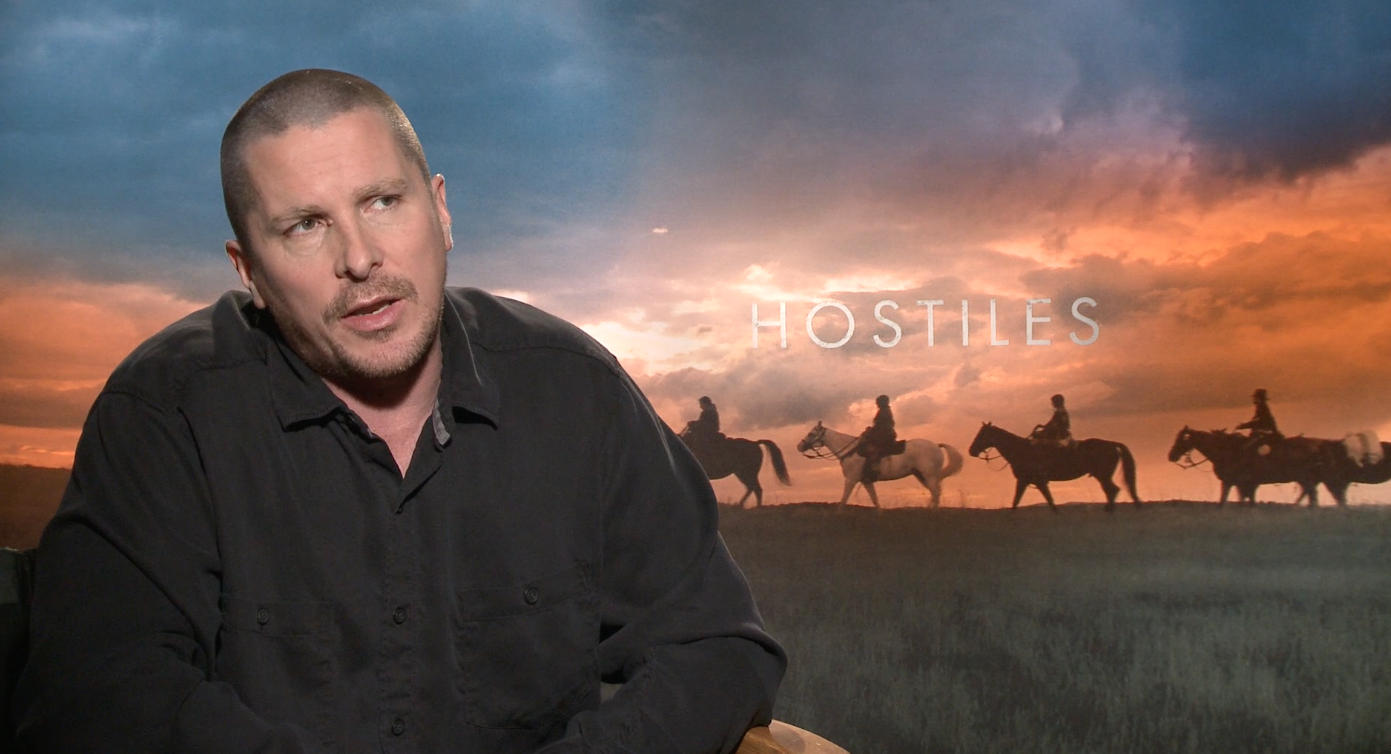 Christian Bale is an amazing actor who I have briefly got to talk over the years at various press conferences. I saw Bale’s newest film Hostiles after hearing nothing but positive things at Telluride as well as the Toronto International Film Festival. While I didn’t see the film at either festival, I was offered the opportunity to see the film in late November prior to award season. I found the film to be a violent and graphic Western but one that tells an important history lesson. There are some really difficult moments to watch in the film but this is easily Scott Cooper’s best film to date. Soon after screening the film, I was presented with the opportunity to sit down with Christian Bale to discuss the film one on one. While the interview was short, Bale was great to talk to and provided some great insight into his thoughts on the film.

Scott Menzel: I heard about this film at Telluride. I was actually at Telluride, but I didn’t get to see it there, but I’m curious about this. When a film like this one comes out of nowhere, and then it goes to Telluride and then on to Toronto, how do you feel as an actor when it receives this kind of buzz that this film has received?

Christian Bale: Wonderful. I feel very good. It’s a test of your character, isn’t it? Look, we’re human, of course, we like it when other humans appreciate work. We love getting a pat on the back. Of course, you do. But you’ve also got to make a film because you want to see it. It has to be satisfying to yourself.

Of course, if I found that I was the only person in the world that liked a film I’d made, I would sit back and go, “Am I perhaps getting a little bit lost here? Is there something I’m missing?” But I do believe … You make a film for months upon end. I like a challenge. I also believe that an audience deserves to see the people who have really broken through walls to make films. Therefore, you’ve got to have absolute belief in what you’re doing and struggle to make this work as much as possible and to tell a wonderful story. It’s an incredible thing when it is embraced. That’s absolutely wonderful and very gratifying.

Scott Menzel: One of the big things about this movie is how much diversity is in it. There is so much going on. It’s almost like a history lesson in a lot of ways. What was it like working on the set of this movie? Was there anything that you took away from any of your costars?

Christian Bale: I think it is a part of America, of who and what America is. We’re at a crux right now where we are, once again, defining what America really is, what does it stand for, what’s it’s ideology. We are very sad seeing similar themes that we represent in this film of division and hatred. Of people feeling very comfortable expressing hatred toward fellow Americans. We show in this the perpetration of genocide.

This is not the kind of mom and pop’s western, which kind of pushed the propaganda of good guy, cowboy, bad guy, Indian. It’s not that at all. Blocker is an incredible soldier. Blocker is the character that I play. He’s a cavalier captain. He’s somebody who has an intense hatred because he’s lost very good friends to his nemesis, Yellow Hawk, played by Wes Studi. But he’s also somebody who respects him because he understands that he would behave the same way were his way of life and his culture under attack as well.

Then very sadly, what we’ve noticed is since making it, it’s become very, very, very relevant. We’ve been there before, and why are we making the same mistakes once again? It didn’t work the first time. It’s not going to work again.

Thank you again. Very, very nice meeting you. Fantastic movie. I hope it gets nominated for various awards. 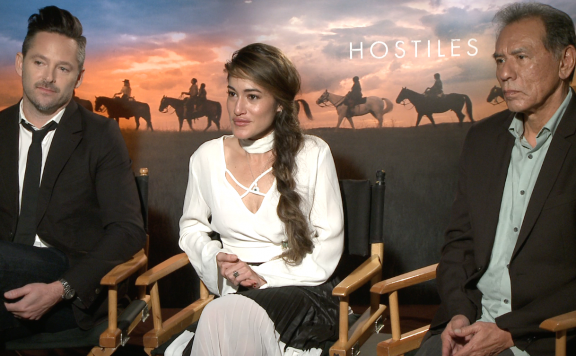