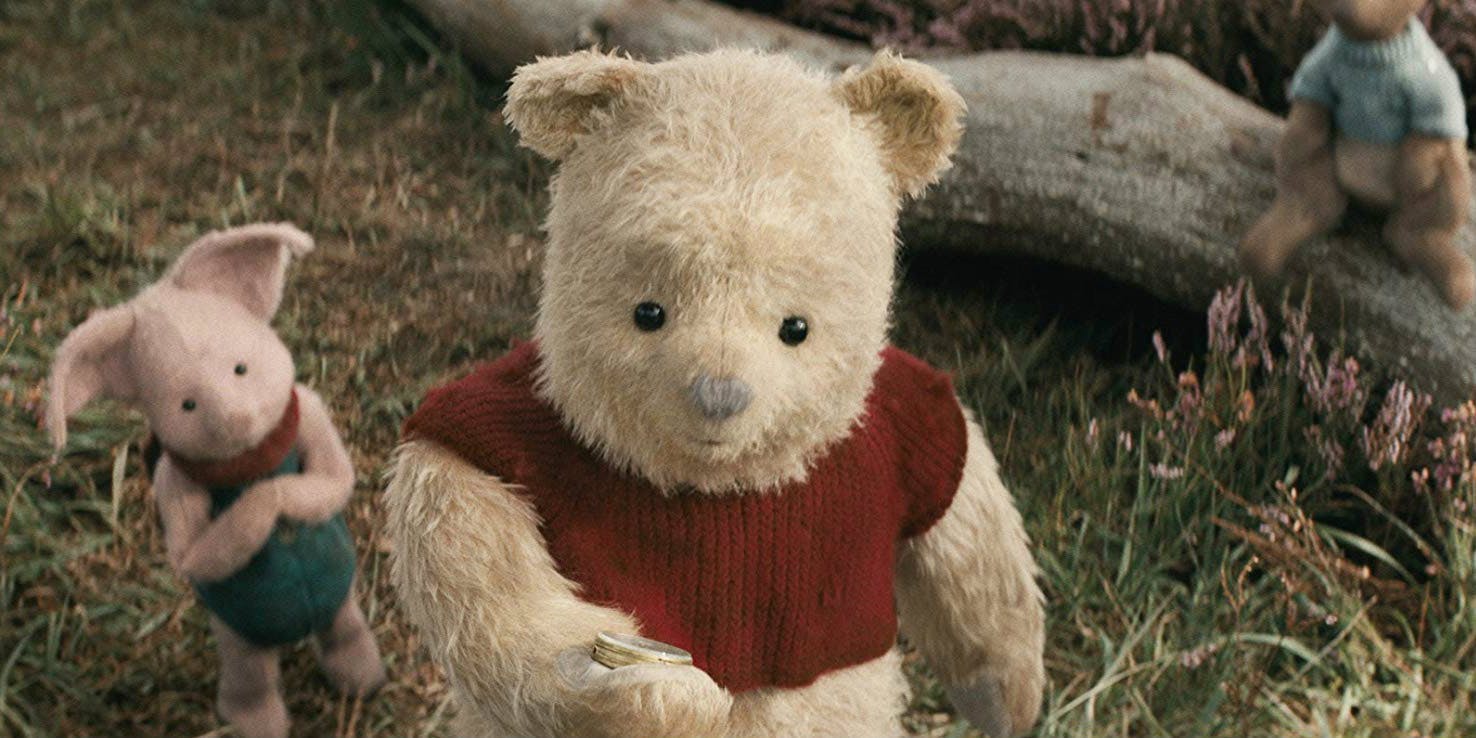 When I first saw the trailer for Christopher Robin, I got very excited to see the film because it felt like pure Disney magic.  Sadly, my excitement started to decrease as the release date came closer and closer. Disney, in a lot of ways, has spoiled us. As a critic and journalist, I get to see a lot of their films weeks, sometimes a month in advance which typically means that the movie is very good or excellent. Seeing how there were zero screenings for Christopher Robin until a week before the release isn’t usually the best sign especially for a powerhouse studio like Disney. They typically have an idea when they have something good and aren’t afraid to show a film early unless it is something like Avengers: Infinity War where they want to keep the spoilers to a minimum.

Directed by Marc Forster and written by Alex Ross Perry, Tom McCarthy, and Allison Schroeder, Christopher Robin is a slightly better than average Disney film that feels like two completely different movies. The first 15 minutes of the film is rather dull and boring. Right from the very beginning, I had a hard time connecting with the character of Christopher Robin and his family. I felt like the script and setup did very little to showcase their relationships. As a viewer, you get a general idea that Christopher Robin has forgotten what is important in life, but there isn’t any real heart to heart moments between him and his wife or his daughter. This is quite problematic since their storyline continues throughout the film and ends up playing a significant role in the film’s finale.

The lack of character backstory, as well as the lack of emotional connection to Christopher, Evelyn, and Madeline hurt the overall film. Whenever the human characters were on-screen without Pooh and the rest of the Hundred Acre Wood group, the film comes to a screeching halt. The human interaction just doesn’t work, and it’s not because of the actors but because of the writing.

Ewan McGregor is great, but the reason why you don’t connect with his character and the family is that the script just doesn’t give us enough reason to care about them. There isn’t any real struggle in the film. All we see is that Christopher is a workaholic who doesn’t make time for his family. I guess some can argue that is conflict but for me, it just wasn’t enough. I needed some backstory. I needed to see scenes of Christopher missing several major events that ended up hurting his wife and daughter, but there wasn’t much of that at all.

Luckily, whenever Pooh, Tigger, Owl, Rabbit, and the rest of the gang show up, the film gets a whole lot better. There is something so incredibly special about these characters and seeing them come to life on the big screen. I don’t have a sense of nostalgia when it comes to these characters, but I will say that there is something so damn irresistible about Winnie the Pooh as a character. Pooh possesses this childlike sense of wonder and innocence that seems to be missing from most family films and television shows. The character Winnie the Pooh is timeless because he has the ability to remind everyone of a happier time in their lives. He also reminds us that sometimes its best to just sit back and enjoy some honey. 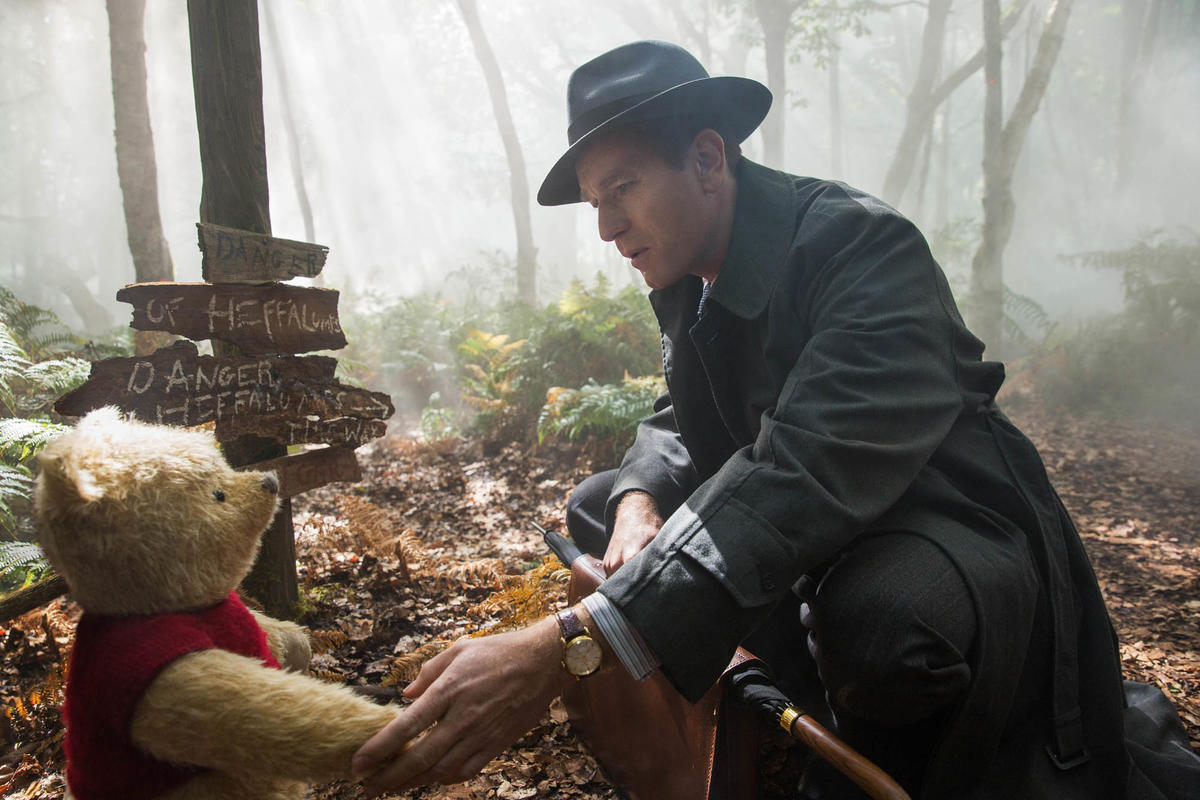 Marc Forster’s direction is perfectly adequate. The film looks good, is well shot, and CGI Pooh, Tigger, Eeyore, and the rest of the gang all looked terrific. I was, however, somewhat distracted by the gloomy look of the film. Isn’t Winnie the Pooh suppose to be bright and colorful? Why did this entire film look like it was shot as though it was a gothic fairytale? Sure, this isn’t a huge a complaint, but I would have loved some bright and vivid colors from time to time.  Also, the film is very poorly paced and tonally uneven. The first half of the film drags in several spots while the second half feels more lively but seems rushed. I can’t tell if there was an issue with budget or if there were just some strange cuts made in the editing room.

All in all, Christopher Robin is a strange mixture of pure joy and mediocrity. Pooh, Eeyore, Tigger, Owl, Roo, Rabbit, Piglet, and Kanga make this film worth seeing. These characters are sure to delight audiences of all ages and elevate the story. I don’t think Christopher Robin is a bad film per se but preferably one that doesn’t entirely live up to its potential. I still would recommend the movie especially because it does make you feel good and you can’t help but smile whenever Pooh is on the screen. I don’t think it is a must-see but one that would be worth a look at a bargain matinee or whenever it arrives on Blu-Ray or On-Demand.

Scott “Movie Man” Menzel’s rating for Christopher Robin is a 7 out of 10. 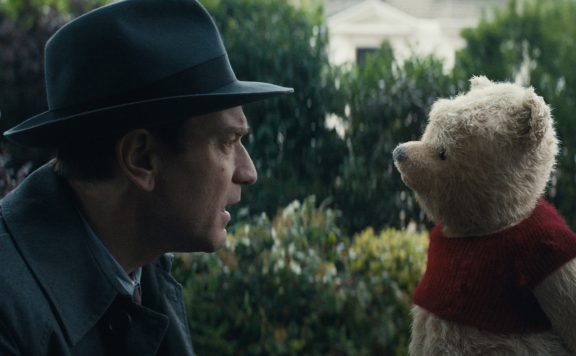