Lily James is an Instant Star with Cinderella

Disney’s live-action-remakes-of-animated-classics mission continues with Cinderella. I found Alice in Wonderland (2010) to be bloated visually and hollow on emotions. I haven’t seen Maleficent (2014) yet, so I can’t weigh in on that one. But I can say Cinderella is a step in the right direction, recapturing the old magic of the animated classic and Charles Perrault fairy tale it’s based on – which I think Wonderland was unable to do with its own source material.

Cinderella tells the story of the title character (played here by relative newcomer Lily James), a girl who tries to stay kind and courageous even after both of her parents pass away. She is left with her cruel stepmother, Lady Tremaine (Cate Blanchett), and Tremaine’s two unbearable daughters – Anastasia (Holliday Grainger) and Drizella (Sophie McShera). Ella is forced to do myriad chores and be lonely in her attic space, with only four cute mice as company.

After Ella has a chance meeting with Prince “Kit” Charming (Richard Madden), the two fall for each other. Charming then puts on a public ball in hopes of finding Ella again, while Charming’s dad (played by Derek Jacobi) wants him to find a princess with much to offer. Though Lady Tremaine doesn’t want Ella to attend the event, the young girl is given help by her Fairy Godmother (Helena Bonham Carter) – who knows how to work her magic with pumpkin carriages, glass slippers, etc.

Adapted by Chris Weitz and directed by Kenneth Branagh, Cinderella is a wonderful mix of classic storytelling, character charm, and beautiful imagery. Having made a number of films based on William Shakespeare’s work, Branagh seems to have a certain affection for bringing older, beloved material back in front of audiences. Weitz has changed a few things around in the story to get some new angles, but he and Branagh stay true to the essence of Cinderella while also managing to keep things feeling fresh. That’s quite an accomplishment when dealing with a narrative that many audience members already know.

Branagh’s visual approach to Cinderella is mostly splendid. The director doesn’t use as many distracting Dutch angles as he usually does, with he and cinematographer Haris Zambarloukos instead favoring a nice blend of sweeping wide shots and intimate close-ups. The costumes and production design are expectedly first-rate, with all of the lavish looks backed up by an epic music score by Patrick Doyle.

Director Branagh does let things get a bit too overblown at times. The opening scenes and the final scene felt too melodramatic for my tastes, but given the romantic quality of the source material such melodramatic approaches are to be expected. As for the film as a whole, my only real issue is that it is too loud on both visuals and noise sometimes.

Doyle’s music and Bonham Carter’s narration are laid on thick as syrup on occasion, drowning out some of the more simple elements. One CGI-heavy chase scene also feels like an assault on the senses rather than an exciting set piece. Finally, the Tremaine sisters are unbearably over-the-top in a few scenes; Grainger and McShera are fine in the roles, but Branagh could have had them tone down their performances. These few things mar the film somewhat, but Cinderella mostly rises above its issues.

The most standout element of Branagh’s film is James’ star-is-born performance. The actress honors the role while also making it her own, finding a fine blend of cuteness, strength, and pathos. Her scenes with Madden – who is also excellent — are deliciously romantic and have a feeling of Golden Era Hollywood loveliness. There isn’t any underlying modern sting to the romantic elements, but just good old-fashioned, sappy boy-meets-girl situations. Handled wrong, such scenes could be unbearable. But James and Madden make it all believable and passionate.

The supporting actors deliver as well. Blanchett does the most she can with the Tremaine part, turning in a terrific Queen B performance. Bonham Carter feels a bit out of place but is still fun as the Fairy Godmother. Jacobi (The King), Stellan Skarsgard (Grand Duke), Nonso Anozie (Captain), and Ben Chaplin (Ella’s father) are also welcome in their small but entertaining parts. When all is said and done, though, this is James’ show.

Cinderella has its minor flaws and is too big and loud for its own good at times. Some of the material may be too cloying for more cynical audience members as well. But Branagh has carefully handled the classic story and made it greatly appealing for modern family audiences, which was likely really tough to pull off. It’s not often a film keeps me smiling throughout most of its run-time. Cinderella did just that.

Viewing Recommendation: Skip It, Wait for Cable, Wait for Blu-ray Rental, See It at Matinee Price, Worth Full-Price Ticket 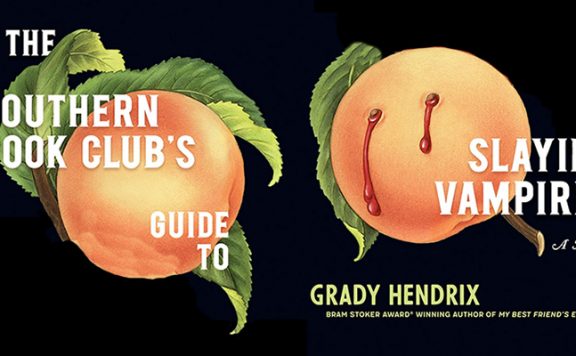 Lily James is an Instant Star with Cinderella   Cinderella Review by Daniel Rester Disney’s live-action-remakes-of-animated-classics mission continues with Cinderella. I found Alice in Wonderland (2010) to be bloated visually and h...
0
Average User Rating
0 votes
Please sign in to rate.