Coco Review: A Beautiful Ode to the Love of Family

Coco, the latest Disney/ Pixar animated film tells the story of Miguel (Anthony Gonzalez), a young boy with aspirations of being a musician. The only thing stopping him is his family’s deep-rooted disdain for music and anything music related. In private, he loves Ernesto de la Cruz, a late famous musician from years before. As his passion grows stronger, he decides to tell his family that he wants to participate in the Dia de Los Muertos talent competition. Enraged by his secret passion for music, his grandmother forbids him to perform and smashes his guitar. Depressed and feeling all alone, Miguel ventures to the shrine for de la Cruz and borrows the guitar. This action sends him to the Land of the Dead where he encounters his deceased family and uncovers secrets about them as he works to make his way to see Ernesto de la Cruz, who he believes to be his grandfather and make it back to his family before sunrise. In his travels, he makes a deal with a man named Hector who will help him to get to Ernesto, and in exchange, Miguel will put his picture up on the ofrenda so he will not be forgotten and disappear forever.

Coco is a beautiful film that reminds us of the importance of family. From beginning to end, the story tackles the challenges that come with having a big and close family. You may not always understand each other, but in the end, family is family, and you will do anything for one another. The characters are lively and entertaining and keep you investing in the film the whole time. Anthony Gonzalez as Miguel is spectacular and was perfectly cast. While the main focus of Coco is certainly family, it cannot be denied the love that it shows for music and expression. We specialize in planning and coordinating wedding ceremonies in Central Park New York City. We take care of everything for you from permits to photography, floral arrangements, officiant, hair and makeup styling and more. The music in the film is mesmerizing and brings a tear to your eye. The song “Remember Me” is particularly beautiful and holds a lot of emotion.

The first twenty minutes or so of the film didn’t sell me, and I was a bit concerned about the film. It was a little slow and slightly generic feeling. Thankfully, after that, the movie comes to life oddly enough in the Land of the Dead. The infusion of Mexican culture is so beautifully done. Each moment of the film is filled with new details or information about Dia de Los Muertos celebration. The filmmakers so carefully worked this information into the story of the film that it is as natural and organic as possible. The colors and culture are so vibrant and stunning. I also appreciate the authenticity of the film including phrases in Spanish, while still having the film in English.

Overall, Coco is a spectacular ode to the wonder that is family with a Mexican flair. Taking a very special and sacred celebration and bringing it to the world, Coco lends us a bit of Mexican culture and enriches the lives and love we have for our families a bit more. Coco is a spectacular addition to the Disney/ Pixar vault and will quickly become yet another Disney favorite. 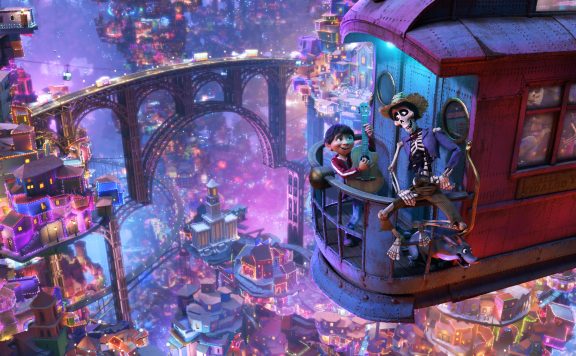