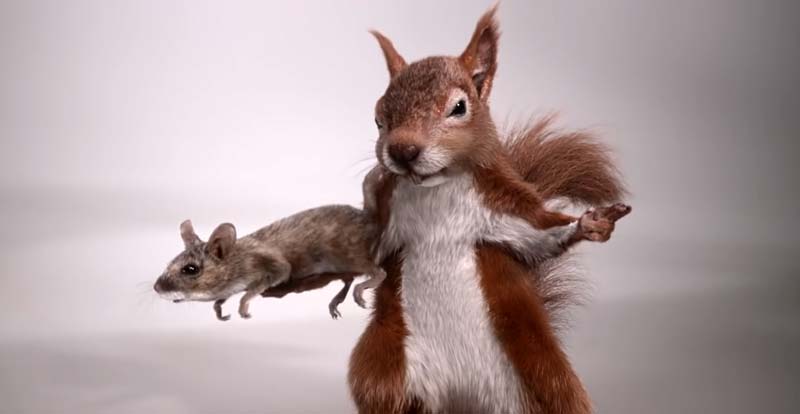 Craig Robinson on Dolittle  and how he made the transition from a teacher to an actor.

Earlier this month, I got an early sneak peek at Dolittle, a new live-action family adventure starring Robert Downey Jr as Dr. Dolittle.  This newest take on Dolittle featured a very diverse voice cast that included Rami Malek, Martin Sheen, Octavia Spencer, and Craig Robinson.  I recently got to speak with Craig Robinson about working on the film and what it was like to voice Kevin the squirrel.

Demetri: Hi, Craig, I’m Demetri Panos with We Live Entertainment. I appreciate your taking the time to talk today and if you don’t mind, I have a couple of questions. I recently saw Dolittle and thought it was fun.

Demetri: I thought the film was really cute, fun, family fare and hearing you as Kevin the squirrel was very funny. I thought you got most of the laughs out of all of the animals.

Demetri: The audience that I saw the film with seemed to really get into it. They recruited a lot of families. So, as I said, it was cute and fun family entertainment.  I think this kind of movie is needed right now. I was doing some research and I came across something that I found fascinating. I was reading that you started off as a music teacher in Chicago and then in Indiana. How did you make the trajectory from becoming a music teacher into a comedian, actor, voiceover artist?

Craig: Well, in college I got bit with the comedy bug. I’m studying music and then, overwhelmingly got this feeling that I need to be doing comedy. So in ’89, ’90, ’91,  I was in college and I can’t explain what happened. I felt like comedy chose me. So I knew I was going to go into teaching and get my degree in teaching so that I have something to fall back on. But while I was doing that, I was going to Second City and was taking acting classes. I was doing open mic nights and then I did a couple of contests. I got some recognition and won a contest. Then I got second place in another one and I think won one or two others.  I always used the piano in my act so it set me apart. And then I ended up with my manager, who is still my manager to this day. I met him in like 98 and here I am. I got with the right people and got into my career. And also I went for it. And while I was doing the other things. I was trying to satisfy what my parents wanted me to do and I had this new dream of going up on stage.

Demetri: That’s amazing. Did you like teaching, because you are in front of an audience?

Craig: I would use the students as my audience. Absolutely, I would practice on them. 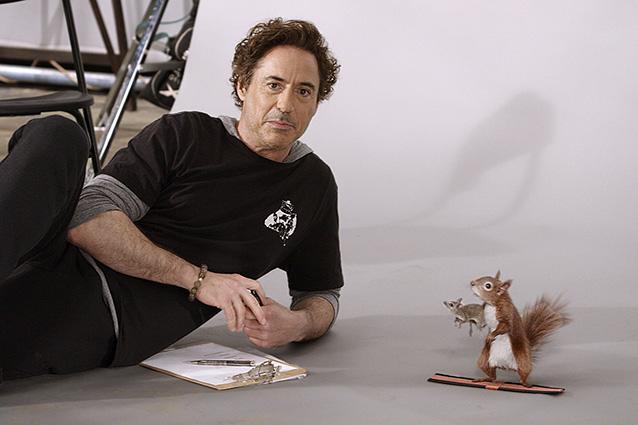 Demetri: That’s great. I want to talk about Dolittle with you. I’m always curious as a lover of the cinematic experience. I love the process of filming and collaborative efforts. So for you in this movie, which is a hybrid, it’s not a hundred percent animation. It’s an animated film with live-action. In today’s world, they can use motion capture and things like that. What was that process like for you? Were you in the studio at all or on the soundstage? Or were you simply in a recording booth doing your part?

Craig: It was all about going to the recording booth and meeting with the director and some producers and that was pretty much it. It was not about going to see how it was being made. It was just me coming in and doing four or five sessions.

Demetri: Four or five sessions?  Were you with any of the other actors or did the directors feed you the lines? Who did you bounce lines off of?

Craig: The director would feed us the lines and we would sometimes go scene by scene or what have you, but you’re getting each line and there was so much room for improv and collaboration and the director throwing out lines and producers. And then I’m throwing out stuff. So it was a highly collaborative effort.

Demetri: That’s fantastic. And actually kind of answered my next question, which was going to be regarding the lines. So you would have a line, and on average,  how many times would you say or do that line?

Demetri: You mentioned improv so they allowed you to go off script? So you were able to put your own spin onto the character?

Craig: Absolutely and it was highly encouraged, because the more you give of you, the more you’re given creating that character.

Demetri: Was there a particular line that you had done, not in the script that they didn’t end up using that you loved?

Craig: I don’t remember what came from certain lines because I saw it last night but there were so many people laughing and stuff. So it was hard to remember. I just remember me laughing, and this didn’t come from me, but my first line was like, “I’m too beautiful to die,” but that wasn’t from me I don’t think, I believe that was in the script.

Demetri: That was a great line and I liked the one about the logs, too.

Demetri: It’s very Star Trek. Yes. Those are fantastic. I had a great time hearing that being a Star Trek fan, so I always felt that you were saying, “captain’s log.” So that worked for me. My next question is, was it difficult? Did you find it a challenge to connect to your inner squirrel?

Craig:  You know what? I slept in the park for a few nights. Then I’ll come through improv and get in there messing around. I mean you got the script, but once you get into the feeling of it being a safe environment and everybody is having a fun time. And then I got to do little stuff like make little squirrel noises. That’s all I really got. It was like moving your teeth together. I mean you move your lips and teeth together pretty fast. 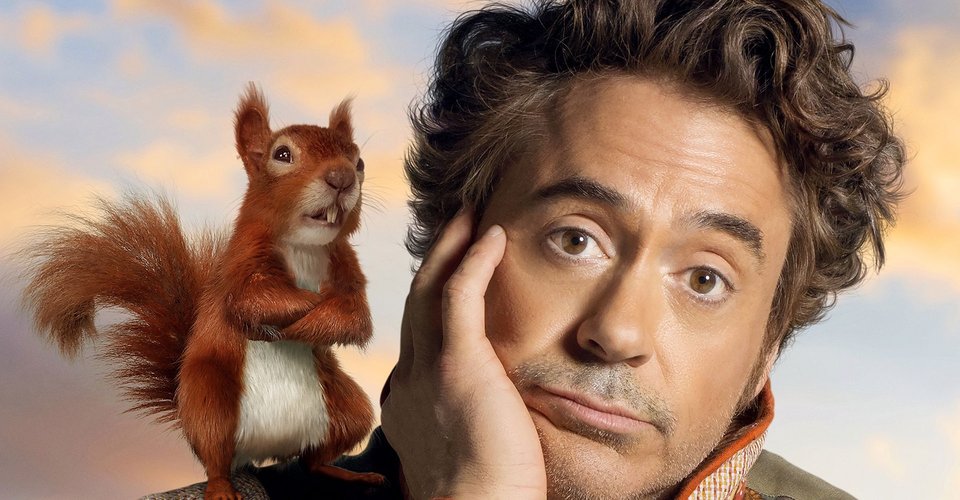 Demetri: Were they kind enough to show you the concept art for your character? Or was it literally like you showed up and were given the script?

Craig: In these situations, they want you to be as close to the material as possible. So they didn’t have finals on anything yet. So I felt like sketches of what the characters look like. But towards the end, like towards the fourth or fifth session, once they were getting closer, they would show a little scene from it, this and that. So yeah, I got to see more of it going on.

Demetri: What did you think of the film? You spend this time doing this and now you see everything come together with the visual effects.

Craig: It’s epic. I thought it was beautifully done. I laughed and I loved the story. I even teared up at the end a little bit. I was happy with it and was really digging what my character was doing.

Craig Robinson: Was it an accident though?

Demetri: It was an accident. You could tell that kid didn’t even want to kill a spider.

Craig: He pulled the trigger when he could have thrown the thing down.

Demetri: Yeah, he did pull the trigger. I was sitting next to a colleague of mine and she was just like, “Oh my God” because you actually felt something when that happened because it was unexpected. *END SPOILERS*

So kudos to you because it was you who breathed life into that character and you brought that character to life on the big screen. I think it’s a marvel to watch these movies on the big screen. So can I just say kudos to you? I think the movie will resonate with a lot of families because all I know is that the kids in the audience were loving it. They were laughing where they were supposed to and cheering where they were supposed to, and awing when they were supposed to. It was a good collaborative effort. When did you get to see everybody? Did you get to see Robert Downey, Jr., his wife, the producers? How did that all happen? Did they reach out to you? Did you audition? Did you see them at all during the process or not until it was all done?

Craig: I got an offer and I might have met Susan during the process. But, no, earlier today, we actually we’re off doing press at Warner Brothers. So I met Robert, John Cena, Michael Sheen, and the kids from the movie. I already knew Octavia, Kumail, and Emma. And then I may have known one or two others. Oh, yeah, Rami. I worked with him, too. So maybe a little over half the cast that I already knew.

Demetri: It’s fantastic, too. I love how the way that it’s edited. The chemistry amongst you and John Cena, as well as all the other animal characters, it looks as if you were just all together in the same room. So that’s fantastic. You all pulled that off very well.

Craig: Thank you very much.

Demetri: Well, I know you have a busy day so I wanted to thank you as it was a privilege to talk to you. I appreciate your time and I hope someday to get to meet you in person. Lots of continued success, sir.

Craig: Thank you very much. I appreciate you getting the word out.

Demetri: All right. Thank you very much. 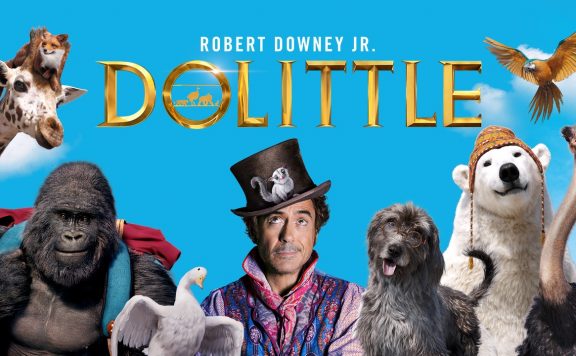 Review: The Voyage Of ‘Dolittle’ Is Spirited Fluff
January 15, 2020

Craig Robinson on “Dolittle” and how he made the transition from a teacher to an actor.

Craig Robinson on Dolittle  and how he made the transition from a teacher to an actor. Earlier this month, I got an early sneak peek at Dolittle, a new live-action family adventure starring Robert Downey Jr as Dr. Dolittle.  This newest ...
0
Average User Rating
0 votes
Please sign in to rate.