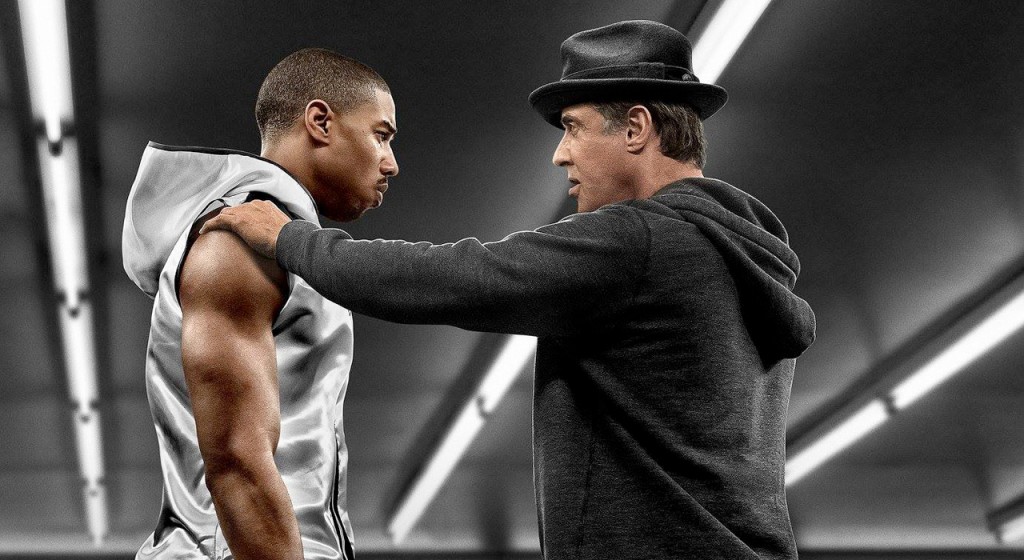 Creed Review: One for the record books

Like millions of others, I grew up with the Rocky franchise. The original Rocky was one of the first films that I remember sitting down and watching with my mom as a child. It is almost hard to believe that this franchise and the character Rocky Balboa have been around for 39 years at this point. When I first saw the teaser trailer for Creed, I was excited but nervous. I liked the idea of the story but was worried about it being a spinoff. Regardless of my fears, I anxiously awaited the release of Creed like most other fans of the series.

Creed tells the story of Adonis Johnson (Michael B. Jordan). Adonis was abandoned by his mother after his father Apollo Creed died before he was even born. As a result, Adonis spent several years of his life in and out of foster care homes and eventually ended up in a juvenile facility due to anger and behavioral issues. In 1998, Mary Anne Creed (Phylicia Rashad), one of Apollo Creed’s wives, decides to visit Adonis and take him in. Several years later, Adonis decides to leave his life in Los Angeles behind and move to Philadelphia where he begins to follow his dream of becoming a professional boxer.

Upon arriving in Philly, Adonis tracks down Rocky Balboa and asks him to be his trainer. Rocky initially refuses as he has retired from boxing and is currently running his own restaurant. After being rejected, Adonis begins to look for another trainer at Rocky’s old gym “Mighty Micks.” He talks to the new owner of the gym who refuses to give him the time of day. Adonis quickly realizes that he needs the help of Rocky in order to become a pro because no one wants to train an unknown. After a few convincing conversations between the two, Rocky caves in and begins to train Adonis. It doesn’t take long before Rocky begins to see the true potential that Adonis has and soon becomes determined to make him the next professional boxer. 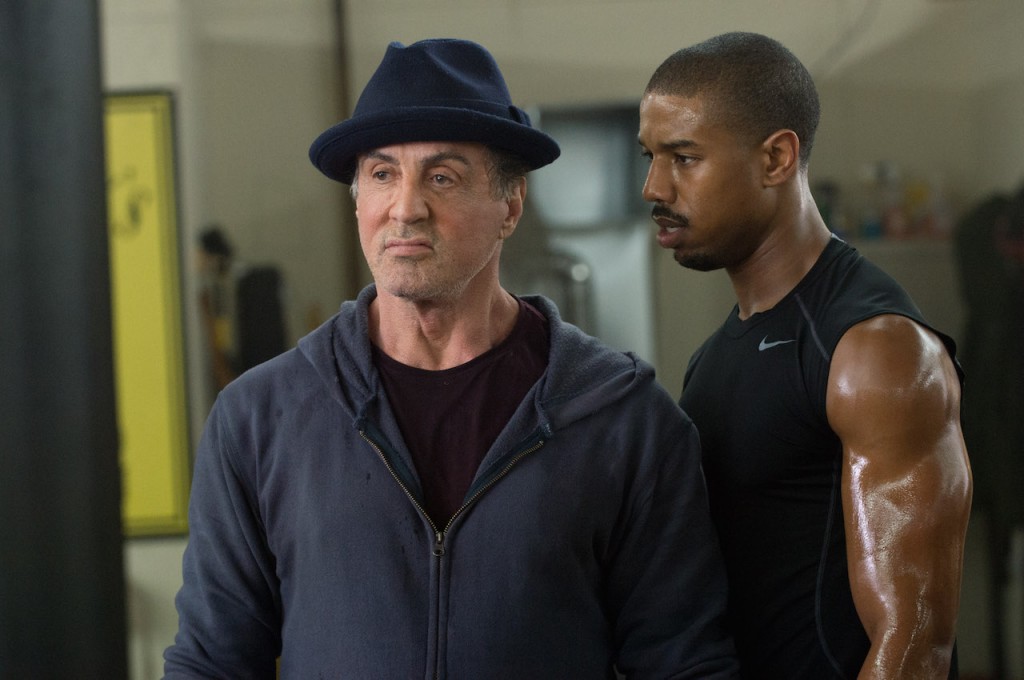 Sylvester Stallone and Michael B. Jordan are absolutely incredible in this film. I can’t deny that I was extremely nervous about how these two actors would interact with one another on-screen but after about 5 minutes of them together, it felt very much like a match made in heaven. Stallone and Jordan just have a natural chemistry as they bounce off one another so perfectly. In a lot of ways, Creed almost feels like a father/son story between two people who barely know one another.

What is so refreshing about Creed is that Ryan Coogler and Aaron Covington‘s have created a whole new story for the character Adonis. This isn’t the same Rocky Balboa story being retold through another character but rather a whole new story being told. With that being said, there are plenty of homages and throwbacks to the original films for the fans. These are all placed throughout the film in a rather subtle manner that will make those die-hard Rocky fans cheer out-loud as they occur.

Another positive thing to note about Coogler and Covington’s script, is that it isn’t afraid to have a mix of comedic moments as well as emotional ones. There are some really funny moments between Rocky and Adonis but when shit gets real, it really gets real. There is a terrific scene between Rocky and Adonis that will really pull of the heart strings and might even cause some to shed some tears. Stallone proves here that even with several misses under his belt, he still can churn out an oscar caliber performance. It seems like all that Stallone really needed was a story he cared about and a solid script to show us once again why he’s such a beloved actor. 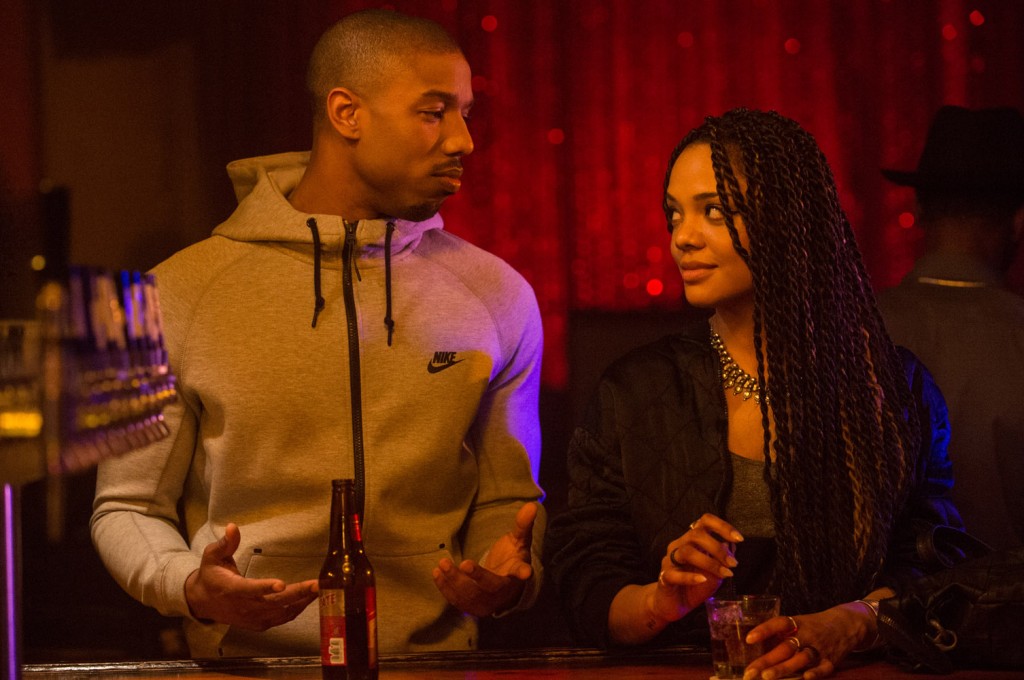 Besides the story between Rocky and Adonis, there is also a side story between Adonis and his neighbor Bianca (Tessa Thompson). These two have fantastic chemistry and its great to see that the story that develops between these two is more than just the cliched love story. Despite not liking the film Dear White People, I did enjoy Tessa’s performance and saw a lot of potential for her as an actress. Its nice knowing that Coogler saw that too as Tessa really gives it her all in this film. I absolutely loved how the character had a handicap but still wanted to pursue her dreams as a musician. She was a really well developed character with her own story instead of just a prop piece for Adonis.

It kind of goes without saying that Coogler has created a truly wonderful film with Creed. In addition to the strong the script and the performances that he manages to get out of these actors; his direction is also magnificent. I remember watching Fruitvale Station and thinking to myself that this director is going places. About two years later, Coogler takes a beloved franchise and gives it a breathe of fresh air that was obviously needed. While Coogler captures the comedy and drama like a pro, it is the in your face boxing matches that make his direction simply mind-blowing. These scenes rival the original Rocky and are just so well shot. You seriously feel as though you are part of the action.

All in all, Creed is a great beginning to what seems to be a whole new franchise. Michael B. Jordan makes us forget all about that Fantastic Four reboot and reminds us why we love him so much as an actor. Coogler proves that he can direct almost any genre and will be around for many years to come. While I wouldn’t quite say that I loved Creed as much as the first four films in the Rocky franchise, I will admit that I loved the feelings I felt when watching it and am so happy that this film was made. Creed is hands down the best sport drama to come out of hollywood in years and is one for the record books.

MovieManMenzel’s final rating for Creed is a 8 out of 10.

“Creed” Review: One for the record books

Creed Review: One for the record books Like millions of others, I grew up with the Rocky franchise. The original Rocky was one of the first films that I remember sitting down and watching with my mom as a child. It is almost hard to beli...
0
Average User Rating
0 votes
Please sign in to rate.