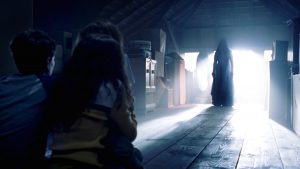 The Curse of La Llorona does the same sort of set pieces all the other Conjuringverse movies do, so fans of Annabelle and The Nun will probably enjoy this too. It’s better than the first Annabelle but there’s still a sense of rote to it, like if a scare delivery system is enough then fine, but if you want to really delve into a supernatural mythology, you’ll have to wait ‘til Conjuring 3. 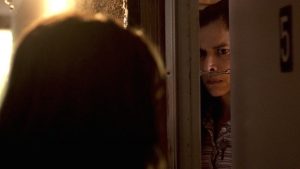 Anna (Linda Cardellini) is a Child Protective Services case worker. She rescues the children of Patricia Alvarez (Patricia Velazquez), who believes La Llorona (Marisol Ramirez) is coming after them. When the children turn up drowned, Anna and the department suspect Alvarez, but then La Llorona comes for Anna’s kids Chris (Roman Christou) and Sam (Jaynee-Lynne Kinchen). 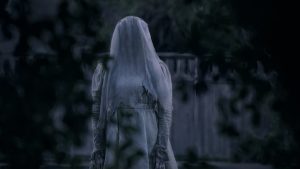 So it’s good that a Latin mythology gets a movie about their monster, but by this point all the monsters of these Conjuring movies seem interchangeable. It doesn’t matter if it’s Annabelle, The Nun or La Llorona. They all do the same things. They make loud noises. They move all of a sudden after being really still for a while. They have distorted faces. 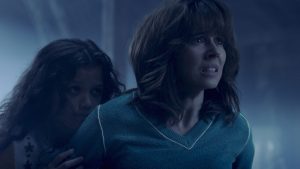 La Llorona’s tricks are more related to water, so there are some fun scenes involving a pool and a bathtub. Really, it’s all a series of set pieces to turn Anna’s mundane house into a carnival funhouse. The most effective scene actually happens in the car. Then they pull the Evil Dead shot from La Llorona’s point of view. 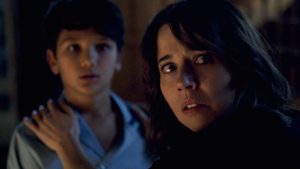 he Curse of La Llorona plays upon parents’ fear of losing their children. There are two other horror movies out right now that explore that fear in much more depth, the remake of Pet Sematary and the original Us in which both parents and tether parents protect their children. 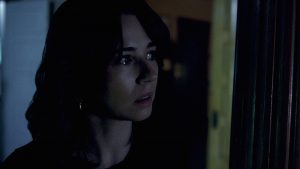 I think you can have a good time with The Curse of La Llorona. With a crowd, people learn the mythology quickly and then chastise the on screen characters. Unfortunately the family stories feel obligatory so except for the jumps and misdirects, there’s no lasting terror. 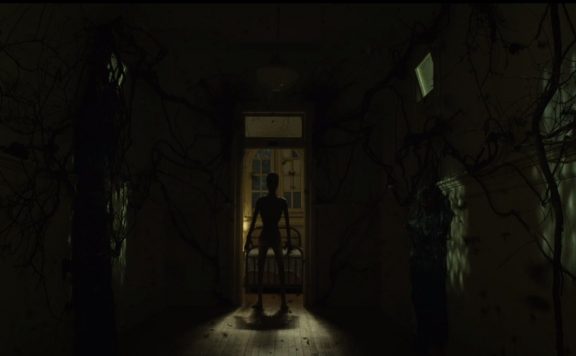