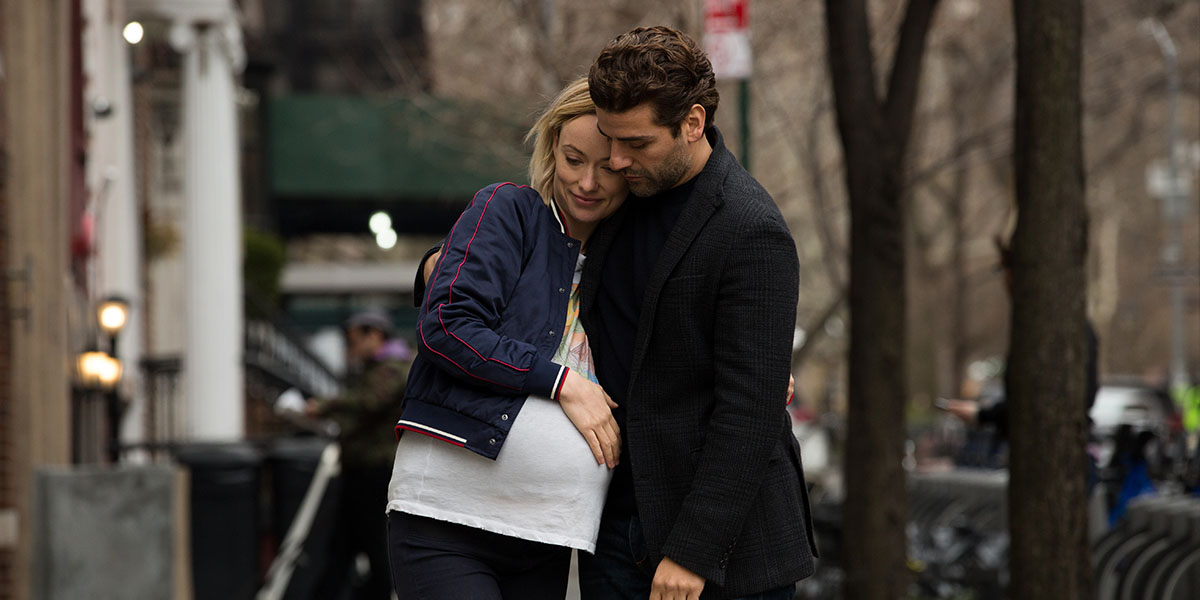 Dan Fogelman on “Life Itself” and “This Is Us”

I recently had the opportunity to sit down with Dan Fogelman, the writer, and director of Life Itself at the Toronto International Film Festival. Fogelman’s Life Itself stars Oscar Isaac, Olivia Wilde, Mandy Patinkin, Olivia Cook, Antonio Banderas, Annette Bening, Sergio Peris-Mencheta, and Laia Costa.

During the interview, Dan talked about the process of finding the right actors for the roles. He says, “you know, it’s funny, sometimes I write with an actor in mind. I wrote Crazy, Stupid, Love picturing Steve Carell. I wrote my first film (Danny Collins) which I also directed picturing Al Pacino. This one I didn’t really have an image of anybody. I was nebulous and vague. So, I didn’t have anybody in mind. I got all my first choices for every role, which was like, extraordinarily cool and lucky. The first person in the movie is Oscar’s character, Will. And so, I had sent him the script and he wanted to do it, so that was the first shoe to drop. And then I had a script that people seemed to be responding to, and I had Oscar Isaac, so it made it a lot easier to go get other people. And so then, I kind of started going after everybody else.”

Bob Dylan’s plays a huge role in the film, particularly the song “Make You Feel My Love.” When asked about the significance of that song and how it came to be, Dan reveals its origins. “It does not have personal significance, and it wasn’t always the song.”

“When I sat down to write, I didn’t know what I was gonna be writing a movie about, and I put on my iTunes in like, shuffle mode, and that album, that first song in that album came up. And as I kept going back and writing, I kept going back to the album. It felt to me like the film I was starting to write. And so, I started using more and more tracks, and “To Make You Feel My Love” starting becoming a popular recurrent theme in the movie. And then, ultimately, I finished it, and knew I was very attached to all the Bob Dylan music, and then I had to go get all the Bob Dylan songs, which is no easy task… It was difficult, but luckily, his camp really responded to the script, and then, really responded to the film when it was done, so we were able to get it done.”

Dan Fogelman is also the creator of the hit NBC show, This Is Us.  When asked about the process of his first time writing and directing to now, after This Is Us, he says, “You know what was different, and what was a result of This Is Us, ’cause I actually wound up writing this a little bit, I think before This Is Us, in some ways. But what’s been different is the success of the show, and the way it’s reached people, just this human family drama of things happening to people, I think it’s given confidence to kind of tread in those type of materials in tone, and release it out wide to a mass audience, and not just be like an indie film, like we made this film to play on two screens. And so, in some ways, I think it gave, not just me but a lot of people confidence that just kind of human, personal stories, even if they’re sad in places, and joyous, and filled with love and sentiment, can work for an audience, and the audience is craving that sometimes.”

The film tends to have some very dark moments that audiences may not expect. What inspired Dan to write something so much darker? “Well, the movie’s really about one big theme. It’s a lot of different stories of interconnected characters. But the movie’s really about this one big thing, which is you know, the characters in the story experience great hardships, but as a world, we’re in a really, kind of tough place. And as human beings, we’re experiencing a lot of darkness in our personal lives. Everybody experiences a lot of scary stuff and a lot of hardship. And the goal was to, with the dark stuff, was to not pull punches in showing how difficult, and tragic, and kind of overwhelming the human experience can be for some people. But that even if you’re telling that story of a group of characters who generationally have been formed by like, really devastating tragedy, there is a way at looking both forward at life, and backwards at life, and pulling out all the love and joy, and seeing how that frames everything and not just the darkness. And so, that was kind of the message of the movie, and so that’s what all the darkness is in service of.”

When it comes to the darker aspects of life, Dan has a great perspective. He tells us that he is “a big believer in looking at our lives, and not just linearly, but also before and what comes after us, you know? And there’s so much good stuff that we kind of forget because our lives are marked, and really fully formed by like, the 45238 really bad things that happened to us. But there are also these wonderful things that happened, even amidst the really sad stories. And I think that’s a really important part of our experience as human beings, remembering that.”

In switching tones to something lighter, we discussed his work with Galavant and the possibility of a musical in his future, to which Dan replied, “Hell yes! You know, I’d like to do a musical. People keep asking me how I feel about doing movies versus television, and I get bored easily, not by my show, which I’m never gonna leave, but I like to mix it up, and I have thought about doing a musical at some point because I had such a great experience with Alan Menken and Glenn Slater doing Galavant. And I’d like to write a book one day, maybe try my hand at a novel. So like, I think writers should write, and I don’t think that means they always have to write in one form.”

Part of the film shifts entirely to Spanish and Dan discusses the challenges that presented. “The entire Spanish section of the film was challenging logistically because it was in another language, and I shot with an entirely Spanish cast and crew, in Spanish. And so, for an American director, that’s challenging. You’re trying to make sure nothing gets lost in translation between countries, get lost in translation between language. So that was all challenging, that section of the film. Writing, this one really flowed out quite a bit. The ending with the actress that plays Isabel, Laia Costa was something that I wanted to, on a language level, get really precise, and really right. So I took quite a bit of time, kind of like, writing that language, and making sure it felt right to me. But no, this one really kind of came out.”

When people are going to see Life Itself and are fans of This Is Us, I asked Dan what he would say to fans of This Is Us before they see the movie, and after? “I think, certainly, we’ve been screening the film a lot, so my suspicion is that fans of the show are going to like the film. I think they’re also gonna be surprised by the film. The film goes to like, it carries a lot more darkness, and has like … the show has a very wide scope, but the plot of our film has like, an even bigger scope, you know? So I think it’s a challenging film in a slightly different way than the show is, but not in a bad or good way, but I would prepare them for that.”

He wouldn’t say that the film is like a movie version of the show.  He thinks “there are tonal similarities in spots, and I think clearly it’s interconnected characters that kind of effect each other through time. But I would say to everybody, you know, brace yourself, you’re about to go on a ride. It’s an emotional kind of journey in a movie theater that is … I’ve been screening quite a bit, and I’ve never quite experienced when you’re with a full theater, what kind of happens in a theater of going from laughter, to this weird silence, to this kind of thing, it’s an unusual ride. And like, to me that’s like, why else do you wanna go spend 12 dollars to go out to a movie theater, and leave your house, which is very comfortable? But I think the fans of the show are gonna dig it.”

It was a pleasure and a privilege to speak with Dan Fogelman about his new film, Life Itself which hits theaters on September 21st.