The long-awaited DCEU movie, The Flash, ran into fan’s homes on Saturday when director Andy Muschietti, producer Barbara Muschietti, screenwriter Christina Hodson, and actor Ezra Miller, presented the upcoming project at DC FanDome. After months of speculation on the return of Michael Keaton as Batman, and the recent announcement that Ben Affleck will reprise his role as the Dark Knight as well, there was little mention of their participation in the new film, but Andy Muschietti did bring concept art of the Flash’s new costume, and confirmed that it will be created by Bruce Wayne, however, he did not say which Bruce Wayne.

The filmmaker began the panel by explaining why Ezra Miller is the perfect actor to portray the Scarlet Speedster in his own movie. “Barry as a character, especially how Ezra plays him, he is a guy with so much heart and so much humor, so spending time with Ezra is like spending time with Barry Allen,” said Hodson. “We can feel his passion, his enthusiasm, and his creativity,” added Andy Muschietti. “He was born to play this role,” concluded Barbara Muschietti.

On the subject of the multiverse, Miller explained that the introduction to the multiverse in DC Comics began with The Flash #123, entitled ‘Flash of Two Worlds,’ where Barry Allen and Jay Garrick meet for the very first time. “This film is immensely important because when you look around at the DC universe, it has all of these characters that exist in their own bubbles,” said Miller. “We even have known multiple iterations of the same story (Batman). This movie, by opening up that door that Flashpoint did in the comics, all of these stories and characters can start to collide.”

While Miller was talking, footage of the recent DCEU movies, as well as footage from Tim Burton’s Batman, Christopher Nolan’s Dark Knight series, The Lego Batman Movie, the Wonder Woman TV series with Lynda Carter, the CW’s The Flash, and Constantine with Keanu Reeves, all played in the background, indicating just how large the scope of the DC Multiverse is. “The cinematic multiverse is going to be born out of this movie, and out of Barry’s story,” added Hodson. 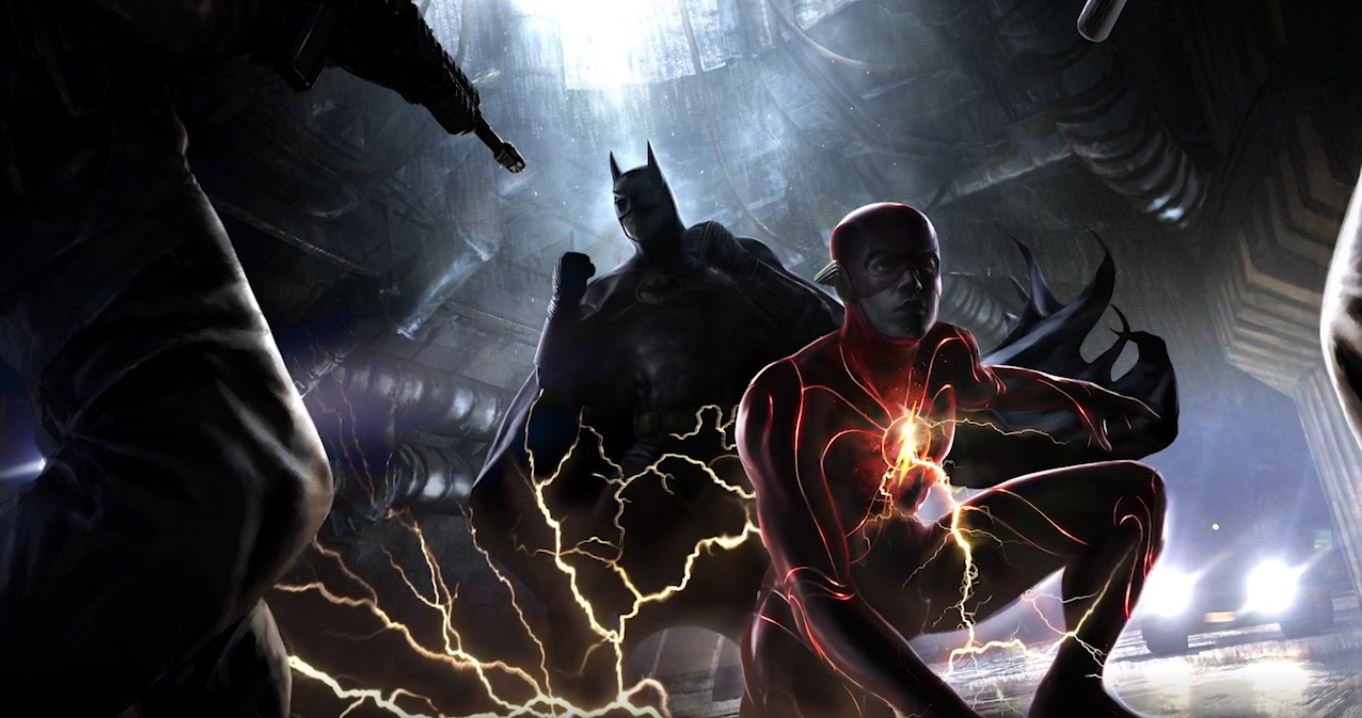 Then, the director revealed the concept art for the Flash’s new costume, which looks closer to the character’s costume in the comics, and on the CW’s The Flash, then what we saw in Justice League. “As you can see, it is more organic. You can see light embedded in it. And it was built by his friend Bruce Wayne this time,” teased Andy Muschietti.

As to what crossovers we can expect to see in The Flash or future DC films, the panel gave a few hints and suggestions. “I would love for them to do a two-hander with Wonder Woman. They would solve a lot of problems,” answered Barbara Muschietti. “I would like to see Game of Thrones crossover,” Andy Muschietti joked. “Instead of all the months that it takes to travel from Westeros to King’s Landing, it would happen in two seconds. Barry Allen would have the Iron Throne.”

Screenwriter Christina Hodson mentioned that she is already part of a unique DC crossover behind-the-scenes involving Matt Reeves’ The Batman, as she is best friends from childhood with actor Robert Pattinson’s older sister. “So, I have known the new Batman since he was two years old and in diapers,” she laughed.

Finally, Miller discussed his dream crossover for The Flash, and while it involves an actor with previous ties to the DC universe, his involvement would be different than you might expect. “I would like Barry Allen to meet in the Multiverse, Nicolas Cage. Not the Nicolas Cage Superman that never was, but I want the Flash to meet Nicolas Cage, the person, in this world,” Miller explained. “Who I believe probably does have the ability to transcend space and time. It’s a real proposition.” So, if Ezra Miller has anything to say about it, Nicolas Cage will end up being a part of the DC universe after all, and hey, maybe he can have a scene with Michael Keaton’s Batman!