Vacation videos are usually pretty dull. Watch us dine, watch us swim, watch us sunbathe, watch us commit murder. Wait a sec… murder? When a couple’s digital trip down memory lane turns into a snuff film of the strangest sort in Death of Me, they become helpless pawns in a plot much worse than they could ever have imagined. You see, it’s not them witnessing a killing or being party to an anonymous prank; it’s an uncut shot of the husband strangling the wife—who is very much alive as she watches the scary scenario play out. Or is she?

Vacationing on an island off the coast of Thailand, Neil (Luke Hemsworth) and Christine (Maggie Q) wake up hungover and with no memory of the previous night. Just another day in paradise, right? They decide to look at footage on their camera and watch with horror and disbelief as Neil appears to murder Christine, then bury her body. They write it off as a setup, but then Christine vomits up grave-dirt and sees handprint bruises on her neck. Scary!

However, there’s no time to stick around to think about all that—they’ve got a flight to catch, and needless to say, they can’t wait to get the hell of there. They dash off, but, of course, a series of strange events keep them stranded on the island. With 24 hours until the next ferry to the airport and a typhoon threatening the town, Christine and Neil have no choice but to stay. Suddenly without luggage, passports, or phone reception, they’re helplessly ensnared in wicked webs of a mystery involving black magic and bizarre blood sacrifices. (This was not in the brochure!) 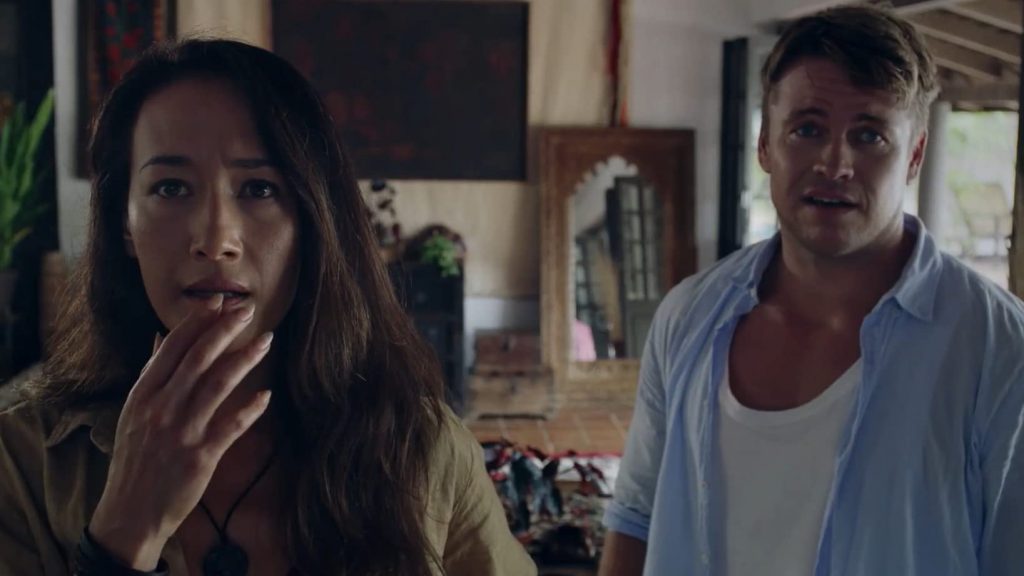 I have seen each of director Darren Lynn Bousman’s movies as a reviewer and as a fan (I chose to see Repo! The Genetic Opera several times because it’s a binge-worthy cult classic; think: Rocky Horror Picture Show but with blood and guts). Bousman has a signature style, which has become increasingly rare since the heyday of the auteur, so it’s a pleasure to see his stamp on things. Having said that, there have been hits and misses in my Bousman book. Death of Me is somewhere in the middle, but it is one of his most accessible, commercial films. It’s not overly stylized, nor is it too terribly gory, and it’s the kind of thriller that has broad appeal. It has definite Serpent and the Rainbow vibes, which is a good thing!

The story is strange and yet relatable—you can’t help but put yourself in the characters’ sandals, and the unfolding mystery keeps you guessing. I’m not saying it’s all that hard to figure out, but it’s fun to see where it goes. The fact that Maggie Q is such a likable protagonist certainly helps. Horror fans will also appreciate seeing Alex Essoe—known for Starry Eyes and Dr. Sleep—in a small but pivotal role.

The only complaint I personally have is about the music. There are a lot of jarring, nerve-twinging vocalizations that undercut the tension and sense of dread.

Death of Me offers occult-tinged suspense and thrills and is certainly worth watching on a dark night alone or with friends. 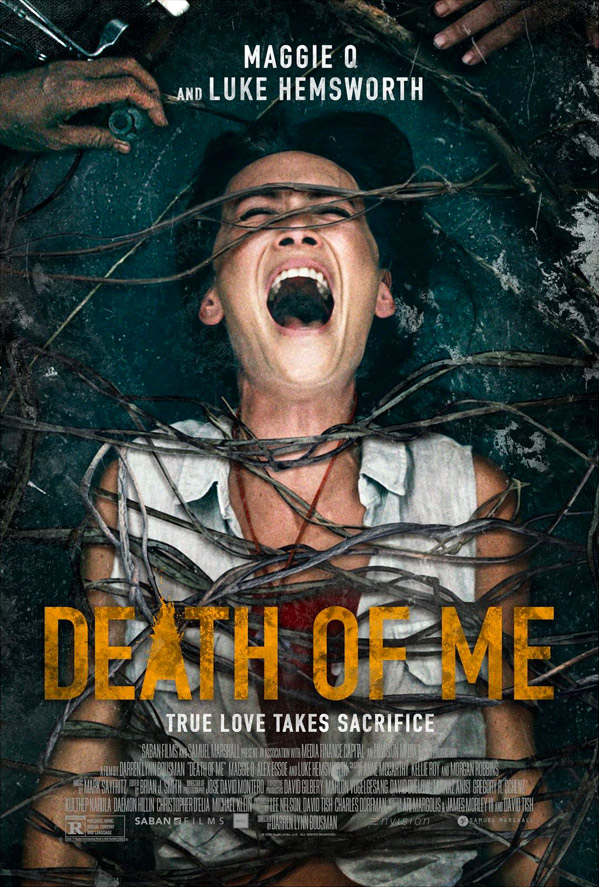