When James Wan was signed to direct Furious Seven, the horror community joked that he’d make a Vin Diesel horror movie. I already knew he could do action because he’d made the phenomenal but little seen action movie Death Sentence. I would have known anyway because I trust directors can do different things, and don’t we want to discourage the typecasting of our favorite filmmakers? 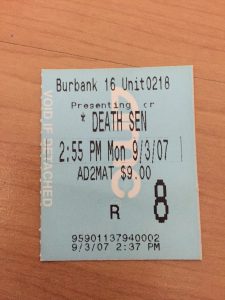 The lack of awareness for Death Sentence was due largely to an inexperienced distributor. Fox Atomic was a failed experiment by 20th to create a label for edgy youth skewing films. Death Sentence suffered as much for Atomic’s previous slate as it did the studio’s lack of faith. Fox Atomic were so worried about critics they didn’t screen Death Sentence until Thursday night, August 30. At the time that cost me the review so I couldn’t even support the film (see my ticket for a Labor Day afternoon show). Now that Wan has created three franchises (and with Aquaman, directing in his fifth), I think fans of his sophisticated approach to genre can really appreciate Death Sentence. It has a franchise connection too, based on author Brian Garfield’s sequel to Death Wish, though the film is an original story with new characters.

I’ve always felt conflicted about revenge movies. It’s fun to see a hero give the bad guys what they deserve, but it’s not lost on me that there’s no undoing the tragedy that warrants revenge. Steven Seagal never gets his wife back in Hard to Kill and Van Damme’s brother never walks again in Kickboxer. Usually, I just figure movies aren’t real and these aren’t real people so I don’t get too worked up over it, but Wan’s film really asks the tough questions. I can see how that is a challenge for a summer action movie, but it was exactly the action movie I was ready for. 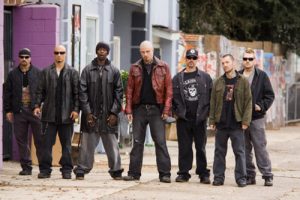 Nick Hume (Kevin Bacon) takes the law into his own hands after a gang member kills his son. In most movies, vigilante justice proves the system fails us. With his revenge, Nick has signed not only his own but his family’s death sentence because guess what? The gang member has a family too. Even though he started it, his brother Billy Darley (Garrett Hedlund) still wants revenge. There’s a famous expression, “when you seek revenge, dig two graves.” Death Sentence shows there’s even more to it than your own downfall. The cycle you get into spirals out of control. Perhaps it’s more emblematic of Gandhi’s statement “an eye for an eye only ends up making the whole world blind.” 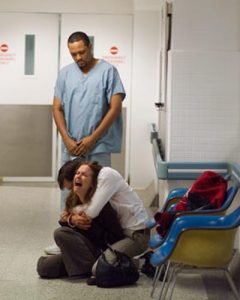 Look, there’s a place for simple black and white movies. I love ’em. In a way, portraying the truth about revenge is punishing the audience for indulging in this fantasy. For me, after 29 years of Hollywood formula, I welcomed a movie that could put me through the wringer.

I still think there’s no reason this movie couldn’t have opened strong. Once audiences found out it was challenging and provocative it might’ve dropped (or might’ve had legs!) but an experienced studio could get asses in seats for “Kevin Bacon kills bad guys.” I can see how embracing the tragedy of revenge makes Death Sentence a downer for many audiences but they don’t have to know that going in. That is however what I’m championing for discerning viewers to experience. 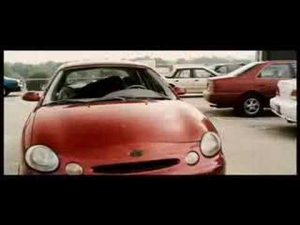 The action is still thrilling. Wan constructs exciting sequences out of real world environments. It’s still the everyman defending himself, but the film finds clever moments in familiar settings like a living room or parking garage. Nick uses the car alarms in a parking garage to create diversions and the camera follows him as elegantly as it followed The Rock fighting Jason Statham. You’re truly wondering how Nick will get away because the film told you all the parameters standing in his way. A car rolling in neutral sets a countdown for Nick to escape before it rolls over the edge. This is how Spielberg works too. You’re supposed to construct expectations for the audience and the fulfill or deny them. In a fight at the Hume home, Nick uses the entire upstairs/downstairs geography to defend himself against gang members.

This is my favorite Kevin Bacon performance, and when you look at the work he’s done that’s saying a lot. Bacon plays all the drama of a man thrust into an action plot, the sort of thing actors often talk about but never makes it to screen. Hume is trembling when he’s covering up his vigilante activities. His reactions to learning the realities of the legal system are heartbreak, not scenery chewing. He has genuine PTSD after violent confrontations, but it doesn’t make the confrontations any less awesome. It’s also that Wan left these moments in where other director might just humor their star but take it out in post.

Death Sentence may never be revered as I feel it deserves to be. I rag on Fox Atomic for mishandling it but at least they made the movie. Maybe it never exists at all if not for them. It’s a responsible movie, showing the cost of all this violence. It still allows you to enjoy the action but you can feel what Nick has sacrificed and maybe think twice before you lash out about some petty sleight in real life.