As school shootings become more and more common across the United States, it stands to reason that they would occupy a larger share of film narratives. Many are used to sending a message about the current gun crisis, but let’s not be naive: In the eyes of studios, they also operate as inherently compelling dramas, ripe for cinematic adaptation. But they are not, it would seem, a foolproof way to captivate audiences if The Desperate Hour is any indication. An absurd fantasy of the helpless parent who can rescue their child from the clutches of an evil gunman, The Desperate Hour is nonsensical at best and openly insulting to its viewers at worst.

Amy Carr (Naomi Watts) has been going through a tough time with the recent death of her husband. Her teenage son Noah (Colton Gobbo) has become increasingly depressed, and it’s more difficult for her to reach him each day that passes. She decides to play hooky from work and go for a long run through the woods, hoping to clear her head. It doesn’t go quite as planned – there are errands and last-minute work details that she can’t entirely escape from. But a larger, more terrifying disaster looms on the horizon as she receives word that the local high school has an active shooter situation, and she can’t get a hold of her son. Panicked, she begins sprinting through the forest, hoping against hope that she can get to the school in time and rescue Noah.

There’s something to be said for the idea at play here. In a way, it feels like the hero fantasies we see play out on screen reflect the real-world situations that leave audiences feeling most powerless. John McClane’s storming Nakatomi Tower in Die Hard gives viewers an outlet for their fears of not just terrorism but the breakdown of the family structure (remember, McClane rescues his estranged wife), showing how a traditional American man can overcome the things that made audiences at the time feel helpless. In 2022, many parents in the United States are terrified of sending their children to school only to have them killed in their own classrooms. So it makes sense that a film about a mother protecting her child in a school shooting would tap into that, creating some sense of catharsis.

The problem is that The Desperate Hour cannot find a way to make this hero fantasy all that exciting. Amy spends the majority of the film running through the woods, with various contrived barriers somehow getting in her way. She’s injured multiple times, first hurting her ankle, then falling down and smacking her head on a rock, knocking her out for a period of time. She loses reception at various intervals, and the Uber she tries to have meet her at the nearest street keeps getting lost or stuck in traffic.

It’s a mess, to be sure, but none of it is that interesting. There’s an attempt to build dramatic tension by having her stare frantically at Google Maps, trying to figure out the quickest way to the main road, but there’s only so much that a phone screen can do to get your blood pumping. They break up the monotony only briefly by adding a subplot where the police contact her, seemingly concerned that her son may be the shooter, given his recent instability. 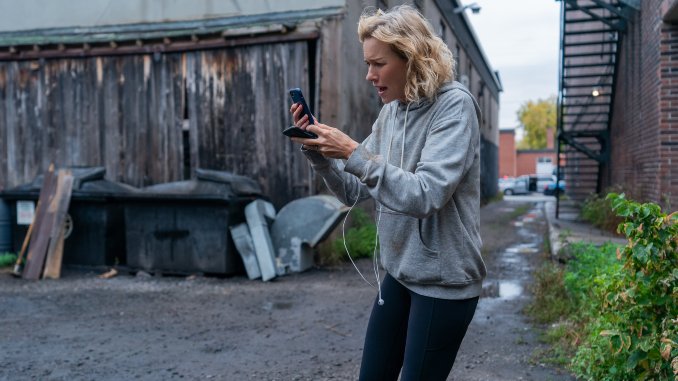 The narrative’s repetitiveness is frustrating, but it’s nothing compared to the maddening plot developments that occur when she’s in a position to actually do something. Frantic and half out of her mind, she is convinced that somehow, she will be able to rescue her son. And to that end, she somehow decides to interfere with the police negotiations as the shooter takes hostages, actively endangering not only her child but all the kids at the school.

She is fervent in her belief that her status as a mother makes her uniquely qualified to talk down an active shooter, and the film seems to back her up on that assertion. They don’t even bother to give her a job as a psychiatrist or something that might make this entire subplot make sense. It’s intensely frustrating, and it’s hard to avoid feeling like she should just cool her jets a little bit and wait outside the school like every other distraught parent.

The Desperate Hour tries to put an action-oriented, maternal hero fantasy spin on one of the most devastating violent, uniquely American trends. It doesn’t work. Despite the best efforts of Naomi Watts to bring energy to the production, she’s little match for the oppressively repetitive running sequences and the lack of inertia that defines The Desperate Hour. Furthermore, her efforts to save the day are utterly nonsensical, even with the suspension of disbelief that we would ordinarily offer a film like this. But while its narrative is objectively stupid, there’s something even more damning about The Desperate Hour: it’s downright boring.

The Desperate Hour is in theaters, digital, and VOD starting February 25. 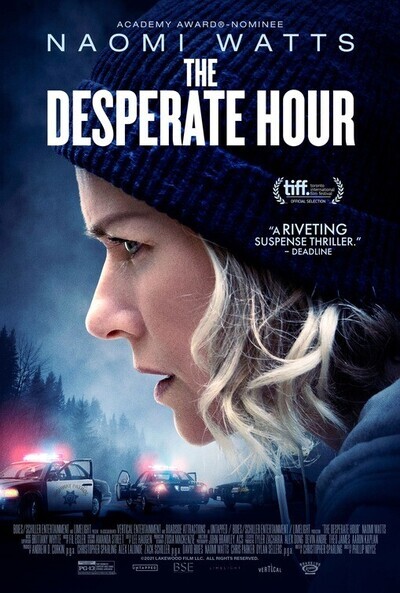 ‘The Desperate Hour’ Review: A Dull and Nonsensical Hero Fantasy 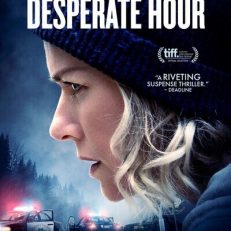 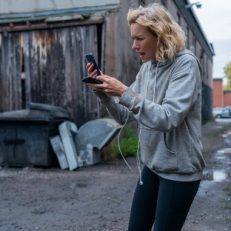 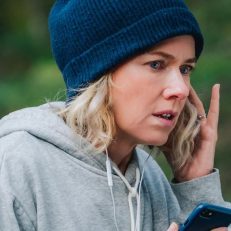