Diary of a Wimpy Kid: The Long Haul Movie Review

On social media earlier this year, people were using the hashtag #NotMyPresident, to show distastes and loathe for our 45th U.S. President Donald Trump. Now, there are new parody hashtags popping up all over the web on sites like Rotten Tomatoes, IMDB, and Twitter. The hashtags #NotMyRodrick and #NotMyHeffleys were created by fans of the previous three films who are upset about the casting choices of this fourth entry. The loyal fans took to social media, mainly because they do not like that fourth film in this franchise features an all-new cast. While the film may have an all-new cast, the story still touches upon very similar ground and a story we’ve seen so many times before.

Growing up, I did enjoy the book series the films are based on. I even enjoy the movies to some extent, mainly because it captures the tone, humor, and characters so well from the books. What many people, including myself, dig about the first flick is the cast. The original cast featured, Zachary Gordon (Four Christmases, The Incredible Burt Wonderstone) as Greg Heffley, Robert Capron Jr. as Rowley, Devon Bostick as Rodrick Heffley, Rachael Harris (The Hangover, Bad Words), and Steve Zahn (Saving Silverman, Daddy Day Care). They all starred in the first three films, and they honestly made the movies better than what many were expecting. Even though these movies are for kids, I always find something enjoyable in them. It is easy for an adult to completely clobber and bash a kid’s movie. Even with the new cast, I wanted to give this a chance, be fair, and put myself in the mindset of a kid watching this. Honestly, if you are a little kid watching this, I think you will be entertained. If you are a teenager or adult, you will feel like you’ve seen this film before.

Diary of a Wimpy Kid: The Long Haul is the fourth film in the franchise but it is the ninth book in the series (yeah, see I know my wimpy kid economics). The official synopsis from Twentieth Century Fox says, “A Heffley family road trip to attend Meemaw’s 90th birthday party goes hilariously off course thanks to Greg’s newest scheme to get to a video gaming convention. This family cross-country adventure turns into an experience the Heffleys will never forget.” What were the two words that you got out of that entire synopsis? Exactly, road trip, and from there a new cast does the old story of crazy sh*t happens on the road trip. But that’s something I want to mention next, the cast. 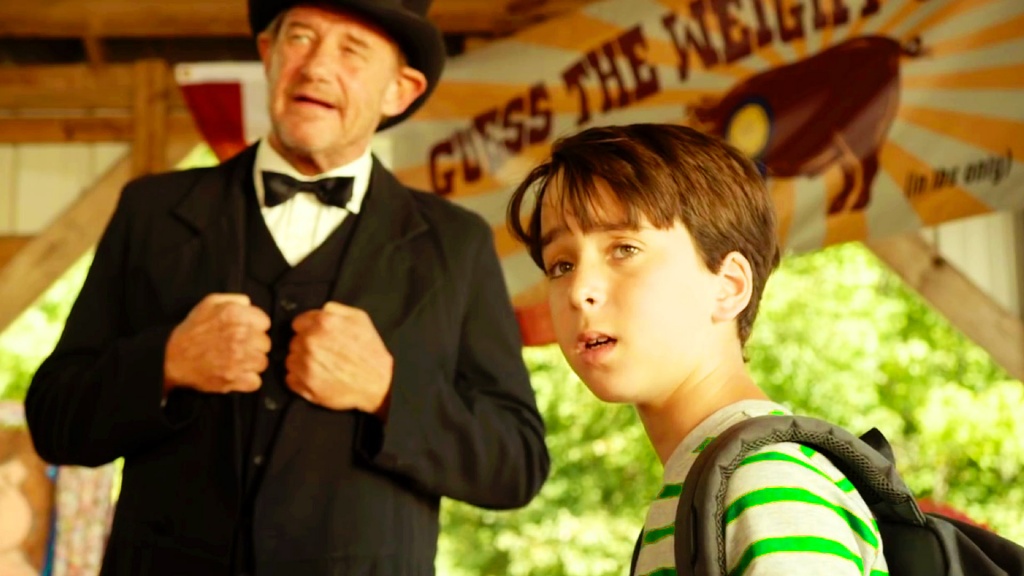 I don’t think the cast is as bad as some fans are making it out to be. Alicia Silverstone (Batman & Robin, Beauty Shop) may not be as funny as Susan Heffley (mother to Greg and Rodrick) when compared to Rachael Harris. However, Silverstone shows a new side of the character, a more dramatic, and stern character, wanting a tighter family bond. Newcomer, Charlie Wright as Rodrick, steals the show from most of the cast. I do like the previous actor as Rodrick, but Wright manages to keep that character feeling similar and is funnier than the previous actor. Devon Bostick is the better actor, but this story tried to get more laughs out from Rodrick, and it worked with Wright. For instance, Wright puts a frozen pizza into a safe because he thinks it is a microwave. Maybe it’s just me, but if you look at Wright and a young Keanu Reeves (The Matrix, John Wick), they look exactly alike. I’m not for a remake of Bill & Ted, but if that were to ever happen, just from looks alone you can’t help but to at least think about it.

Unfortunately, Jason Drucker as our main character Greg Heffley has a way to go before audiences and fans see him as good as our original Greg Heffley played by Zachary Gordon. That doesn’t mean Drucker is bad because he is not. It’s just that he doesn’t carry the same charisma and experience as Gordon yet. Overall, the cast at least tries to work with what they are given, and I respect them for that.

Now I think I said some positive things so far about this movie. Nevertheless, this is where I have to get a little sour. The plot is waaaay too similar to other road trip movies. Meaning, you get all the road trip movie clichés you’ve seen already. Such as the car breaks down, staying at a nasty motel, taking a wrong turn, losing luggage, the family sing along to an old school song, and a moment of reflection and realization before we reach our destination. 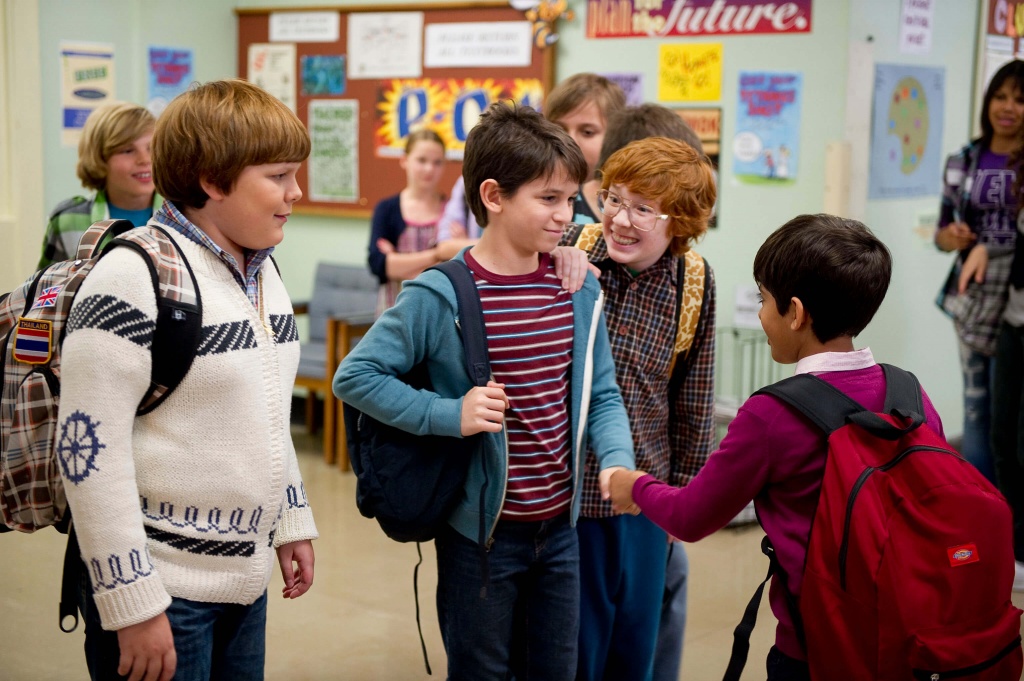 I feel like this story could have done some of this, but could have been a little more original. This isn’t a spoiler, but in the film, Greg gets ridiculed online and is labeled as the hand diaper. Greg thinks that by going to a gaming convention and meeting a famous gamer it will help people forget the whole diaper hand thing. Maybe the film could have done more story wise at the convention so that it’s not just another typical road trip comedy.

Also, at times this movie is cheesy, and I mean cheesy like a plate of three cheese nachos at the local restaurant Lime Fresh Mexican Grill up the block. Now I like cheese, but not all the time. Like running in slow motion to the one you love to get a huge hug.

Is this movie worth the long haul? In my opinion, not really, I wouldn’t pay full price to see this movie. I personally would wait for it on streaming services, and or renting it. If you have kids, I would encourage them to see something like Guardians of the Galaxy Volume 2, Beauty and the Beast, the new Pirates movie, or Alien: Covenant. What? I grew up watching movies like Aliens, Predator, The Terminator, and I ended up okay and mostly normal, I get by. But seriously, the story is a little weak compared to the first three, and a small part of me still wants to see where the Heffley family goes next. That is why I believe Diary of a Wimpy Kid: The Long Haul earns a… 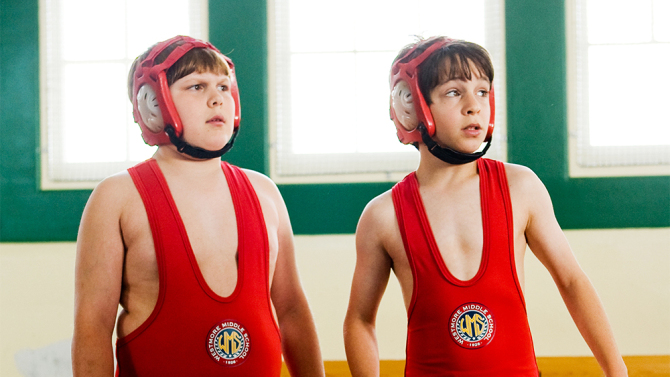 ‘Diary of a Wimpy Kid: The Long Haul’ Movie Review

Diary of a Wimpy Kid: The Long Haul Movie Review On social media earlier this year, people were using the hashtag #NotMyPresident, to show distastes and loathe for our 45th U.S. President Donald Trump. Now, there are new parody hashtags ...
0
Average User Rating
0 votes
Please sign in to rate.