Opening in theaters on November 5th is the twenty-sixth official film in the Marvel Cinematic Universe entitled Eternals, based on the classic Marvel characters created by the legendary Jack Kirby. Set after the events of Avengers: Endgame, the film centers on an immortal alien race that emerges from hiding after thousands of years to protect Earth from their evil counterparts, the Deviants.

We Live Entertainment recently had the pleasure of attending a virtual press conference for Eternals, along with several other press members. The President of Marvel Studios, Kevin Feige, director Chloe Zhao, and actors Angelina Jolie, Salma Hayek, Gemma Chan, Richard Madden, and Kit Harington were in attendance.

Eternals boasts a very diverse cast of actors and filmmakers, and Marvel President Kevin Feige began the press conference by talking about moving the MCU in that direction and bringing Oscar-winning director Chloe Zhao on to the project. “That was the whole idea,” Feige explained. “Nate Moore, our producer, really had that driving vision for what this could be. When Chloe came in and pitched it to us and took these very general ideas that we had and obviously the Jack Kirby spectacular source material, and it felt like a very new special step for us.”

Feige also discussed why he felt now was the right time to introduce the Eternals to the Marvel Cinematic Universe. “In a post-Infinity Saga world, we wanted to make a bold new step,” he explained. “We wanted to say, you don’t know everything about the universe yet and that there are these ten spectacular heroes who you haven’t met but who’ve been here the whole time.”

Next up, director Chloe Zhao talked about her first meeting with Feige and the pitch that got her the job. “Well, it started with me showing him a macro photo of sand,” she explained. “Then quoting a poem from William Blake. I still was allowed to stay in the room, so it was really nice. But in that poem, Blake was trying to convey that you can see the endless beauty and the meanings of the cosmos within the smallest things you can find on Earth. So, the vision of the film was to set up and to capture that scale. Something as large as the creation of the sun and as intimate as whispers of lovers. I think going on location and doing this kind of an immersive shoot and having the supportive understanding of this amazing cast was kind of how we got here today.”

Oscar-winning actress Angelina Jolie makes her MCU debut as Thena and talked about what attracted her to this film. “I was attracted to this project for many reasons,” Jolie explained. “I am a fan of MCU and was a big fan of Chloe’s. Then when they first talked to me about the story, and really it was the cast. It was the idea of what this family would be. I just wanted to be a part of this family before I even knew very much about who I was going to play. But as I learned about Thena, that’s one of the special things that Chloe brings to this is she’s known for bringing reality to a film. To somebody’s true self.  So, a lot of us were cast to bring out something from our own lives, something within ourselves that maybe we weren’t even aware of.  Then let it live and let it grow within the film. So, she is maybe the most fantastic character I’ve ever played, and she is a superhero. So, it’s hard to talk about her, but I love her vulnerability and what she’s trying to balance. I think we often have to present women to be fully together and to be strong. And yet, I think she holds both, which most people do, and it’s important to see it on screen.”

Oscar nominee Selma Hayek also makes her MCU debut in Eternals as Ajak, and the actress discussed finally fulfilling her dream of playing a superhero. “It’s a really humbling experience because I dream big,” she explained. “I dream big, and if I hadn’t, I wouldn’t have gotten here at all. But in my big dreams, I wanted to be a superhero. I wanted to work with the best directors in the world, and have big blockbuster movies, and also movies that are art, that are made from a very deep place with great directors. You cannot ask for more. But it didn’t happen that much for me. So, you fight for it. And it’s very humbling when a brilliant director gives you the opportunity to do both.  To do something that comes from a deep place and that it’s also a big blockbuster. Everything is possible. It’s such a humbling sensation.”

Gemma Chan is no stranger to the Marvel Universe after appearing in Captain Marvel as Minn-Erva, and the actress discussed her approach to playing Sersi in Eternals. “Sersi is a superhero, but her powers are not the most obvious or the flashiest,” she explained. “She’s not the best fighter, but what she does have is empathy and a real affinity for humankind and the Earth. She’s a free spirit. I loved that. That was one of the enjoyable things about the film, was going on that journey with that character from her coming-of-age, even though she’s probably thousands of years old. But she learns to trust herself and to grow into her own power. That was a really interesting thing to explore.”

Playing Ikaris is Richard Madden, best known for his roles in Bodyguard and Game of Thrones. The actor discussed his complex role and the internal conflict the character goes through during the film. “I’m kind of used to playing lovers often,” he explained. “And to play someone who’s such a soldier, but is completely driven by love, is great. “All his decisions are driven by love, and it’s actually him that’s wrestling with that. I’m used to characters who are very focused on their love, and that comes out.  With Ikaris, it’s the opposite of that. He’s kind of trying to bury that love because it gets in the way of his duty, and is constantly wrestling the two. That’s kind of what made it really interesting for me to pull out that relationship with all the characters from Sprite to Sersi, and kind of work out what this relationship is when you’re trying to stick to duty, but your feelings get in the way. It’s this kind of eternal soldier wrestling that.” 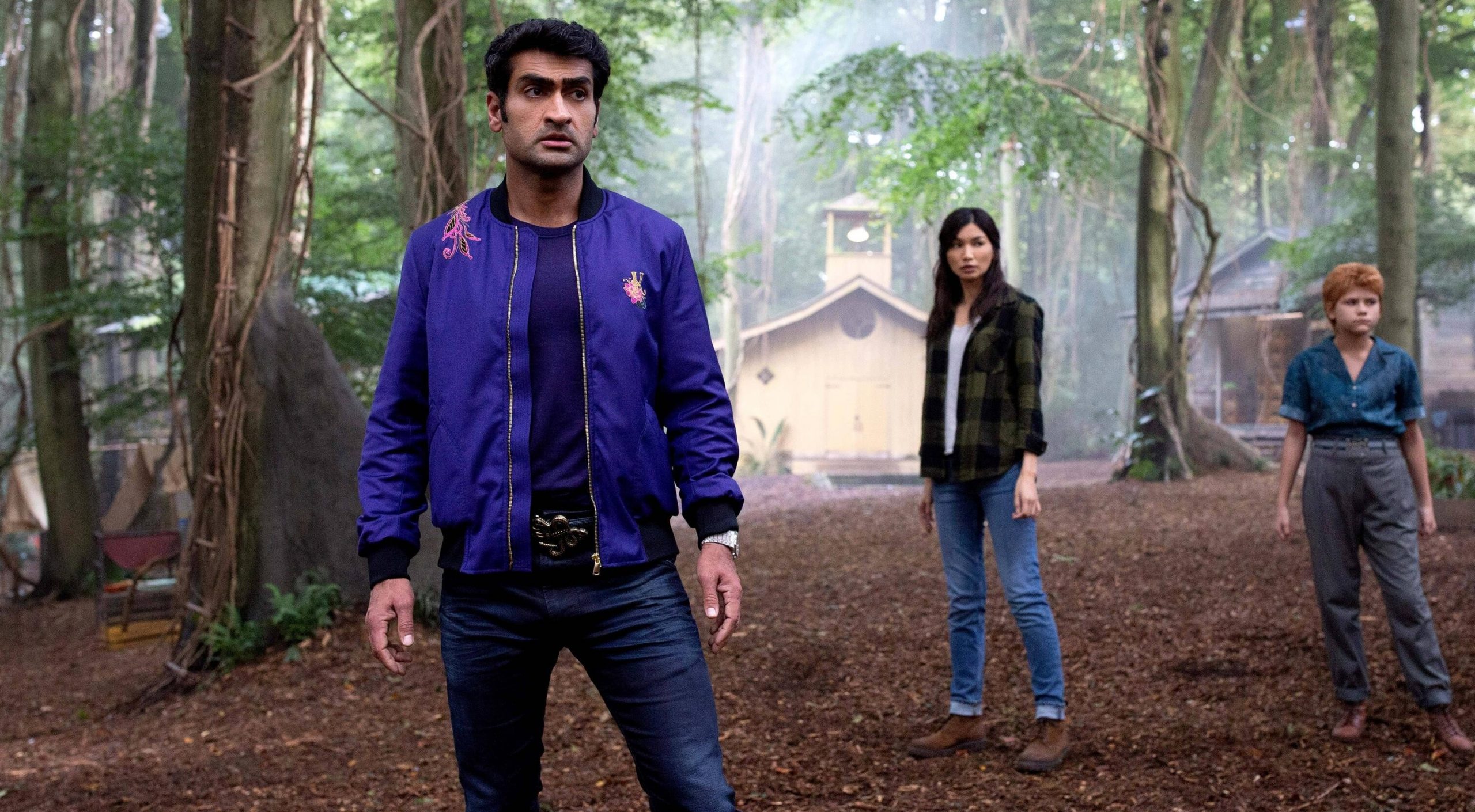 Madden’s Game of Thrones co-star, Kit Harrington, appears in Eternals as Dame Whitman, who becomes the hero Black Knight in the comics. Harington was asked how it feels to be “competing” with Madden once again, and he joked, “Did you finish watching Game of Thrones?  Richard Madden does not win.” Harington also discussed his role in the film as one of the only fully human characters. “I did feel that I’m representing humanity,” he explained. “I felt that from the beginning, I had to represent something worth saving, maybe. I think a hope that Dane comes across as a nice standup guy. One thing I really respect him for is that a man flies out of the sky and shoots lasers out of his eyes and steals his girlfriend, and he’s kind of cool with it. So, that’s Dane. It was an odd movie for me because I come in at the start and intro the movie, and then the movie goes in its own direction with these wonderful people and this wonderful cast. So, I felt separate from the Eternals, but I think that the advantage of that is that you do have a glimpse into the humans at the start. And you get a glimpse into who it is that these guys are really trying to save.”

Finally, the film makes a lot of changes from Kirby’s source material, and Zhao, who also co-wrote the screenplay, discussed those creative choices. “When I came to the process at the beginning, I read a treatment that I believe Kevin made and the team at Marvel Studios put together,” she explained. “So, those decisions were already made. It’s probably one of the reasons that really drew me to it. I thought it wasn’t just, let’s swap a bunch of characters. It was very specifically chosen. For example, the leader of the team is a mother figure. So, each of the decisions were made on purpose.” 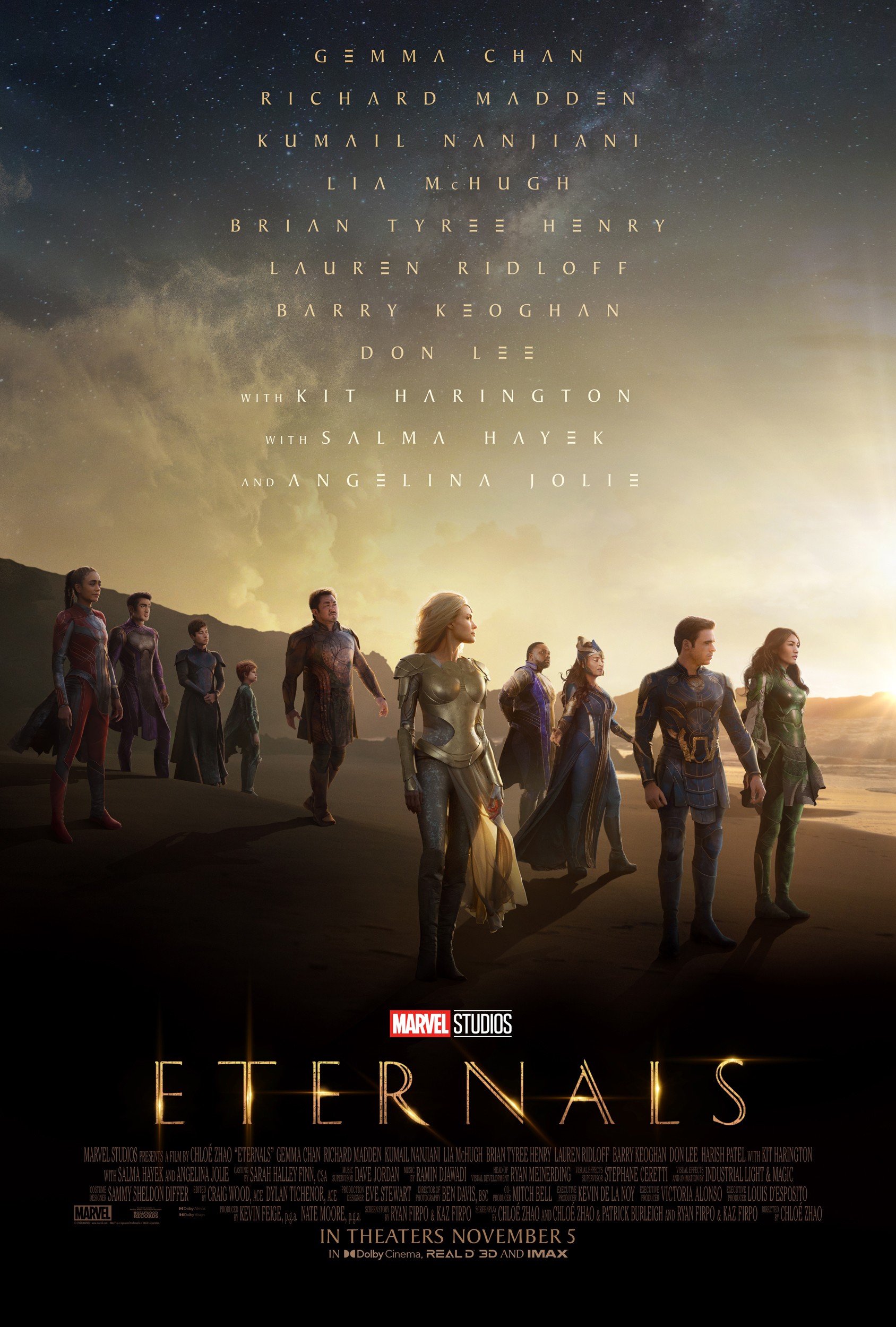 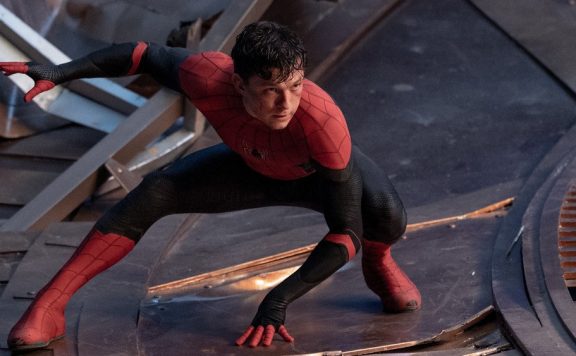