During the LUCA early press day, which took place virtually on March 30, 2021, I was invited to learn about making this Pixar film. I previously wrote an article covering some of the presentations during the event, which you can read here. Today, I will share some of the biggest takeaways from the Q&A with the director Enrico Casarosa and producer Andrea Warren.

When asked about the design of the sea monsters and why they aren’t scary looking:

Enrico: We started in a place where there was some cuteness. It just not my sensibility, to be honest, to go to something truly, truly scary. Or draw something slimy. I think it’s a bit of a preference, and I thought it could still be fantastic but appealing. And that’s a little bit how we came to this design. I was thinking a little more about their characteristics. I love the idea of that, for example, Luca’s all eyes because he’s curious. And that’s actually a little something that I did in the La Luna short, too, where there was another curious character looking at the world. And we are looking at the world through their eyes. So those were some of the factors that kind of brought that in. There’s definitely one scary sea monster, but that one, which you might’ve seen in the 30 minutes with the Uncle Ugo, the one that we wanted to make as scary as possible to make it as dreadful as possible for Luca to have to go with him.

When asked about whether LUCA was based on the myths of sea monsters:

Enrico: You know there wasn’t really too much of a specific one. There are a few different ones. For example, there is a wonderful town next to La Spezia, which is close to Cinque Terre that has, for example, a legend of a helpful octopus that rang the bell when the pirates were coming. I always found it fascinating, but you visit the place, and the bell and the church are right on the sea. So, you can see why people would think an octopus can definitely walk out and ring the bell. Other places had dragons, you know. There’s a long history of sea dragons. And, for example, one is San Fruttuoso, a famous abbey, a beautiful place that we definitely took a lot of reference from. And that one was known as, “Don’t go there. There’s a dragon that lives there.” And that is actually the one that we totally thought; they must’ve had great fishing here, which is a bit what we found. So, some of these different ideas brought the sense of it, you know. More visually, as well, because the maps and the wonderful krakens and leviathans, and the mystery of those things was always very fascinating to me. 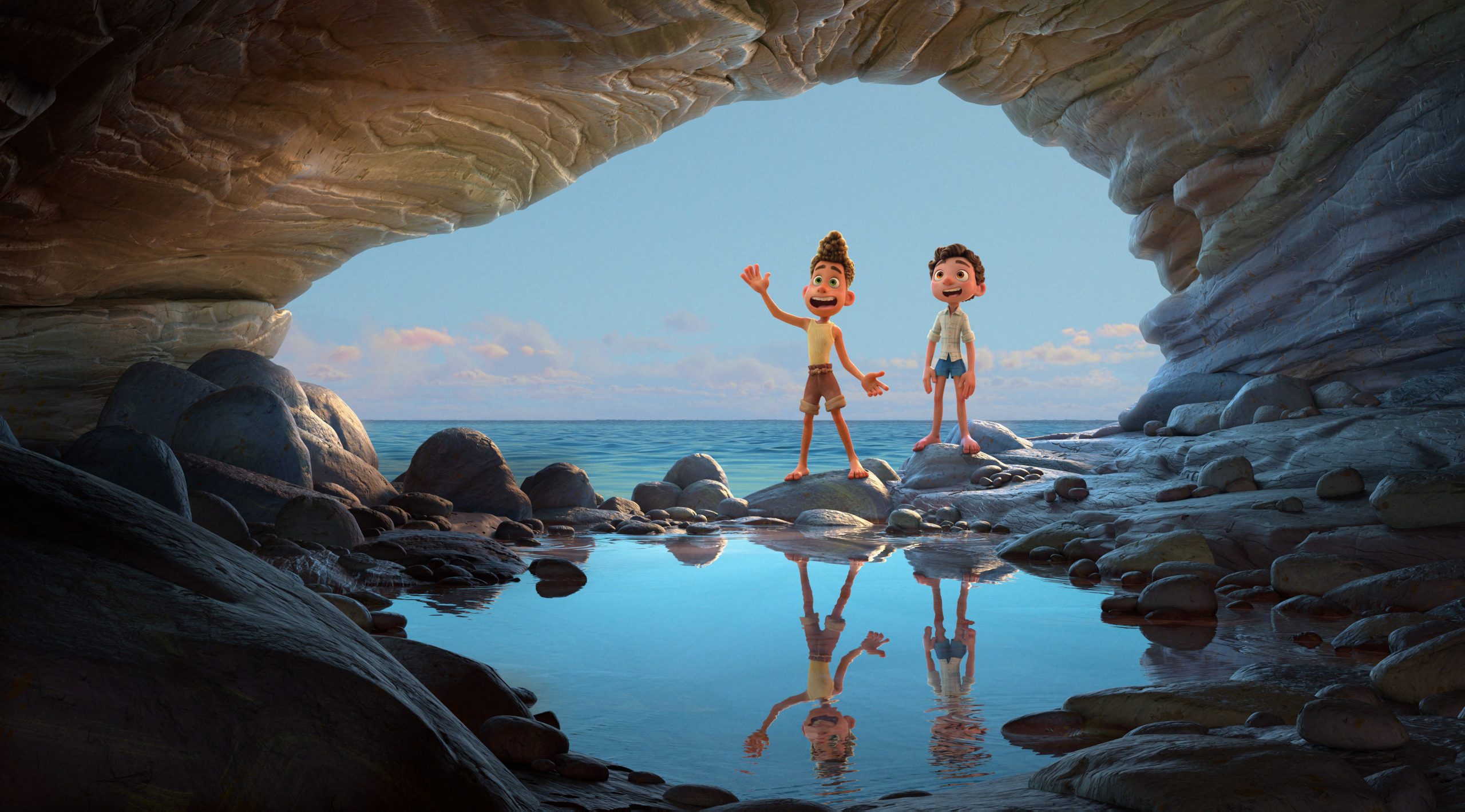 When asked about how people will feel about watching the film after the pandemic:

Andrea: We hope that it feels like being transported to this beautiful place that you would love to visit for real, but that you can visit through Luca. So, I think that’s one piece of it that we’re hoping to transport people out of our homes to feel like we went somewhere. I think an interesting aspect that will be for all of us as we come out of this pandemic has stripped away so much of our lives, you know. And I think that the question as we rebuild them when we can, is what do we want to keep and what do we want to leave behind?  And I feel like Luca, as a film, celebrates so many of those beautiful, meaningful things in our lives, that we all want back, which is connection, family, friends, eating together. I think those are the beautiful things that we miss, and that is really a part of what this film is about. So, I hope it will help us all as we decide what pieces we want and celebrates all of that.

Enrico: It’s an interesting challenge. They’re very different. La Luna was something that came together relatively easily. The production was rather without tribulations. [LAUGH] Making a movie like this is a bigger puzzle. So, it’s a journey. And that’s honestly been what’s wonderful and also what’s difficult about it. You have way more ups and downs. And the storytelling puzzle is much bigger. You have to work with a writer. We have a wonderful writer we work with, Jessie Andrews. With the short, it was just me. I boarded it, and there was no language; there was no dialogue, you know. So, they’re easier—like little jewels that don’t have to do everything. The movies need to do a lot. They need to do a lot more. They need to entertain. They need to be funny. They need to engage everybody. So, they’re the different puzzle. And as difficult as it is, it’s fulfilling because you have a bigger team, and you get to really work tightly with people. So, I really, really loved the experience of it. It’s made me grow so much—all through the thick and thin. And certainly, this year’s craziness has put it to a whole level. But, it’s been wonderful. It’s been something that has helped us come together and feel a community.

When asked how to make this film happen from a producer point of view:

Andrea: I definitely joined Enrico in that vision of wanting this film to almost feel like a storybook. I thought that was such a beautiful approach. And, as I mentioned, I love La Luna. So, I loved the idea of bringing that sensibility. But you’re right, as a producer, there is a question because, when you are fighting the tools and every department… I think we were looking for a look in this film that we didn’t really know what it was. So, it was sort of this elusive thing we had to trust we would find in the right timeline. And, of course, I’m the one who has to look out for the timeline. So I think it was always balancing the search with the limitations we had to deliver the film when we needed to.

LUCA will be available exclusively on Disney+ beginning June 18, 2021 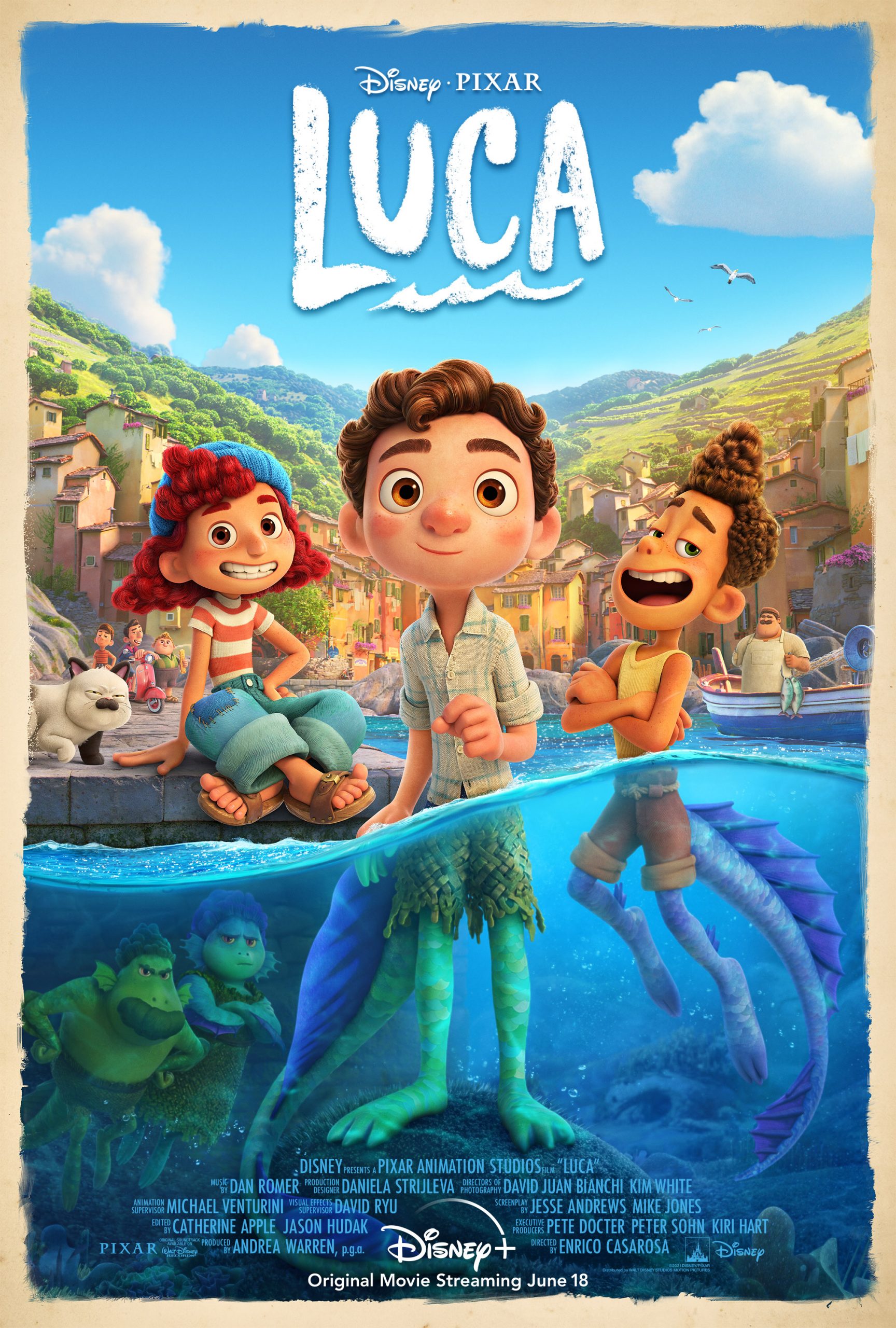 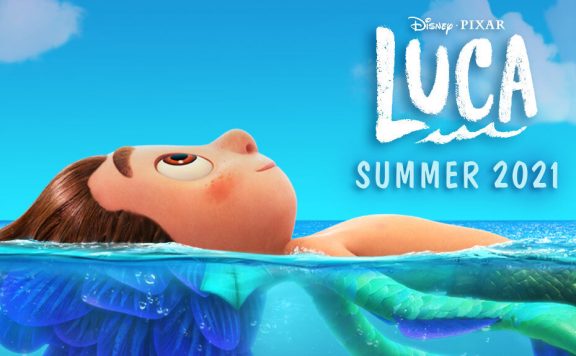 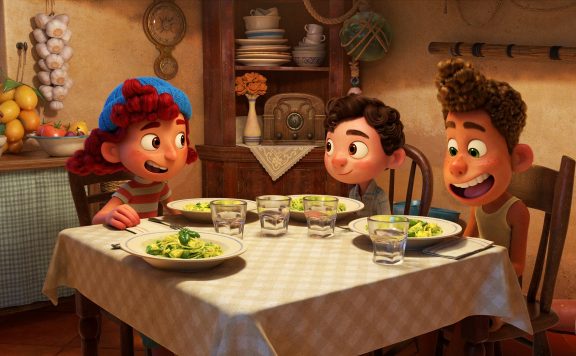 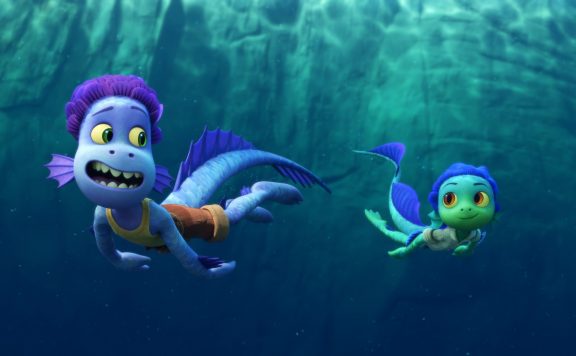 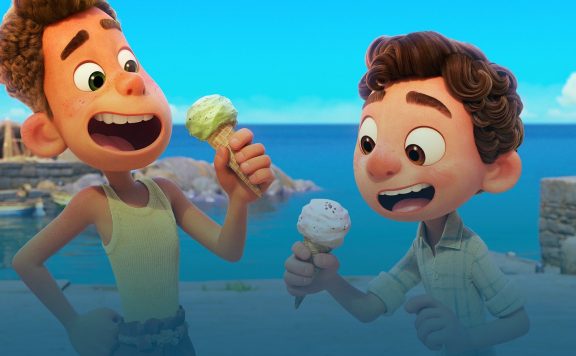 In Portorosso, a seaside town on the Italian Riviera, a young boy named Luca shares adventures with his new best friend, Alberto. But Luca and Alberto are hiding a secret: they are both sea monsters from a world below the water's surface.
0
Average User Rating
0 votes
Please sign in to rate.
Film:LUCA
Director(s):Enrico Casarosa
Writer(s):Jesse Andrews, Mike Jones
Genre:animation, Comedy, Coming of Age, Family
Studio(s):Disney+, Pixar
Network:Disney+
MPAA Rating:PG