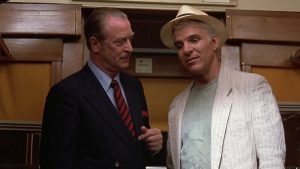 30 years ago I wanted to see the new Steve Martin movie, Dirty Rotten Scoundrels. I didn’t actually know it was about con artists. I just knew the guy from All of Me and Roxanne had a new movie about some funny bad guys who push old ladies into the water (in a scene shot exclusively for the trailer, not in the actual movie). 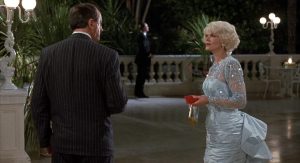 The setup may have been a lot for 10-year-old Fred to process but he did. Lawrence Jamieson (Michael Caine) had a scam going where he pretended to be royalty in need of funding for his revolution. Gullible rich ladies gave him their valuables to sell and were none the wiser. When Freddy Benson (Martin) comes to town, he threatens to blow Lawrence’s whole routine. 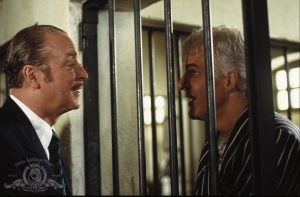 Freddy is a petty sleaze. He thinks small, scamming free dinners and 20 bucks at a time. His misogynistic resentment of women is even more fitting to the type today than it was in 1988. 11-year-old Fred only knew that stealing was wrong so Freddy certainly deserved any comeuppance he got. 41-year-old Fred knows that the motivation to do wrong is more complicated so I was glad to see Freddy express it as one part of what a sleaze he is. 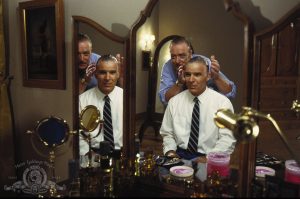 I think this also harkens back to a time when reprehensible people were considered funny. Eventually, big stars would be too concerned with being likable and they’d give the scoundrels some redeeming qualities, which would ruin the comedy. I suppose the Wedding Crashers were deceiving people and even the Bad Moms are supposed to be sympathetic rebels.

here are so many great Steve Martin moments in this movie: Sleazing it up on the beach in a speedo, trying to remember Laurence’s name in prison, the montage of Laurence trying to teach Freddy to be sophisticated, pretending to be a wheelchair bound Navy vet. 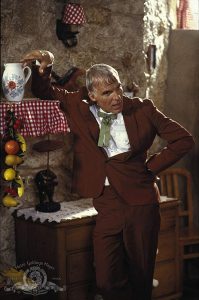 Though Freddy resents playing Ruprecht in Lawrence’s duo scam, it is a perfect vehicle for Martin’s physical comedy. I saw the Broadway musical of Dirty Rotten Scoundrels and they take out the funniest scene where Ruprecht pees at the dinner table. I don’t remember what song was in its place but I’ll always remember Martin saying, “May I go to the bathroom?… Thank you.”

Laurence is the classy straight man of this duo but don’t underestimate him, not that I think you’d underestimate Michael Caine. The glee and confidence with which he manipulates people is masterful. He’s provoking the comedy, and in the third act he becomes a comedic aggressor turning Freddy’s con back on himself. 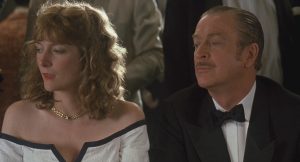 Glenne Headly was also priceless as their mark, Janet Colgate. Headly plays off of the two energies and her reactions are what makes them so funny. Headly is also having fun with the hapless innocent stereotype, in which case Dirty Rotten Scoundrels was ahead of its time in suggesting that maybe men shouldn’t view women as vehicles to further their own gains. 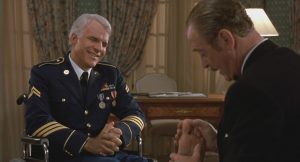 The premise of makes great comedy, but Dirty Rotten Scoundrels is also one of the great con movies, up there with The Sting. Laurence’s methods are ingenious, the way Freddy and Lawrence sabotage each others cons without giving either game away keeps escalating, and the Jackal reveal was a true surprise twist. 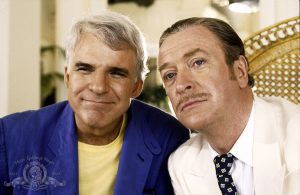 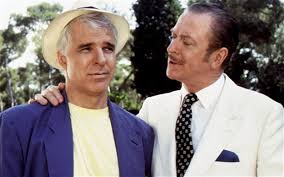 Dirty Rotten Scoundrels became a Broadway musical and performed as recently as 2015. We are getting a remake next year with Rebel Wilson and Anne Hathaway as the scoundrels. The original film will surely hold up another 30 years or more. Caine called it “The happiest film I ever made” on NPR (https://www.npr.org/templates/story/story.php?storyId=130935042) and it shows.