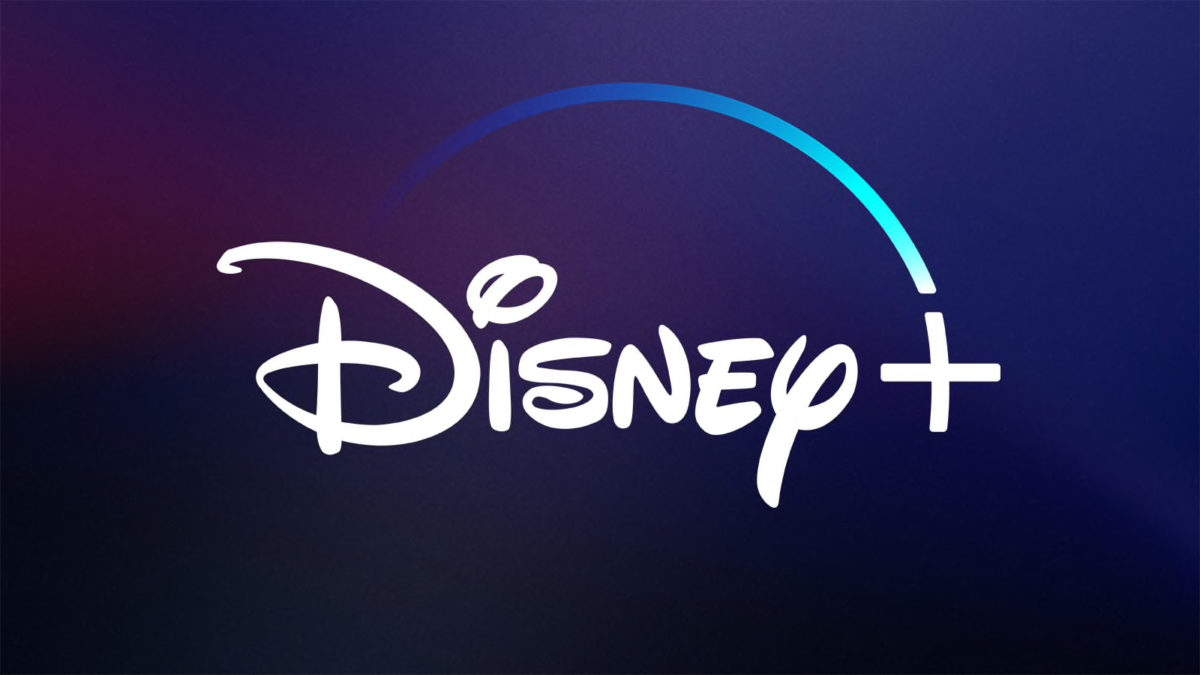 D23 is a must for anyone who considers themselves a fan of Disney, Marvel, Pixar, or Star Wars. With the debut of the Disney Plus, the studio has used D23 to showcase new content for the upcoming streaming service. For months, Disney has been teasing about projects being released to Disney Plus.

The panel opened up with a performance of “We’re All in This Together” from the High School Musical series that will be on the service. This new series is for a whole new generation of musical fans. This was a great way to kick off the panel as they had a whole band come out as well as plenty of cast members dancing and performing.

After a very Disney opening, Yvette Nicole Brown came out as the host of the panel and introduced chairman Kevin Mayer. Kevin quickly discussed what to expect on the initial launch. Expect classics from the Disney Vault, the entire Pixar library, Marvel movies and Disney Channel series and movies. There’s plenty of original content to go around too.

One of the first Disney Channel films will be an all new Phineas and Ferb movie called Candance Against the Universe. All episodes of the show will also be made available. Lizzie McGuire will also be back. The brand new series will star Hilary Duff, who is returning in the title role.

Forky from Toy Story 4 is getting his own short series called Forky Asks A Question. They showed us a short clip of what the short will be about which is basically Forky asking various characters from Toy Story questions about things. The clip shown was Forky interacting with Hamm and asking him, what is money and what it does.

Monsters, Inc. is getting a series called Monsters at Work. It is a workplace comedy with the voice talents of Ben Feldman and Aisha Tyler. The monsters change from using screams for power and replaces it with laughter. The series will focus on a new character voiced by Feldman who is trying to adjust to this change. 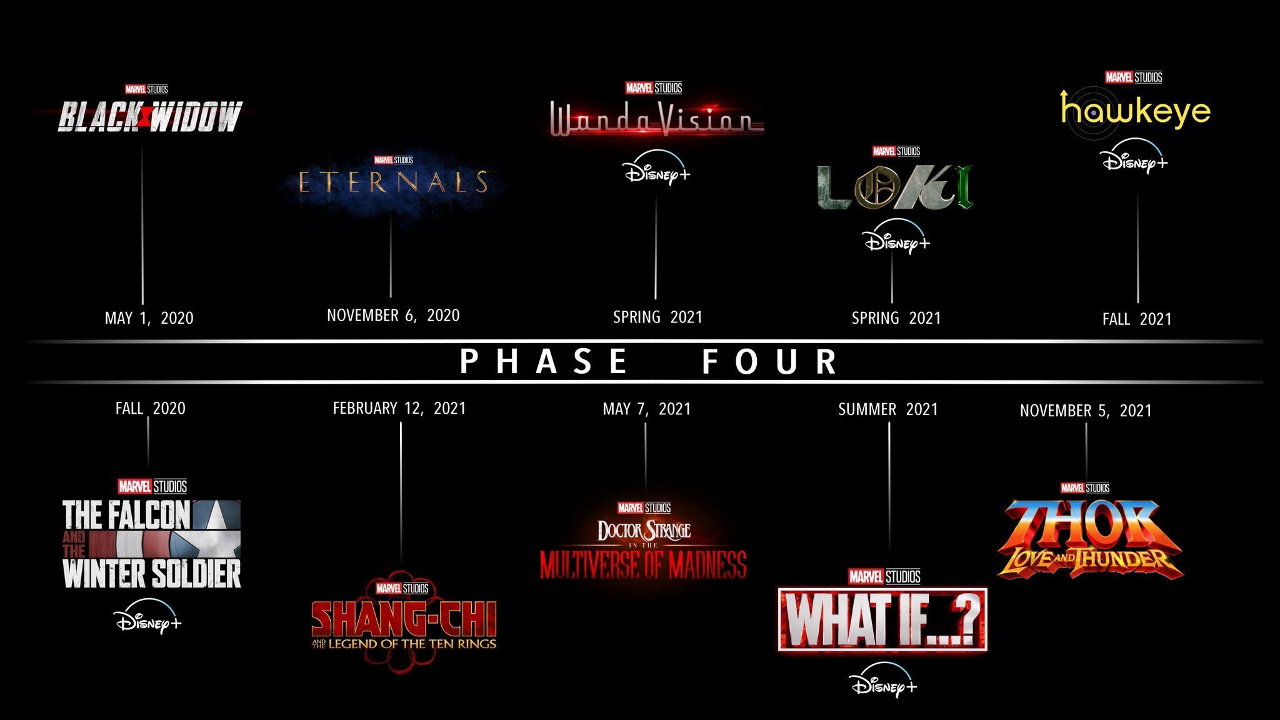 Kevin Feige took to the stage to talk about Marvel Studios’ first animated series, What If? which will feature the voice talent of every single cast member in the MCU to date. Feige showed a very excited D23 audience a short trailer for the show, which features Hayley Atwell as Agent Carter. Atwell made a brief appearance after the trailer to thank the fans for their support.

The Loki series was up next and will run a total of 6 hours over multiple episodes. It will explore Loki’s whereabouts after Avengers: Infinity War. Tom Hiddleston wasn’t available to come to D23. However, he made a video thanking the D23 audience for their support.

The Falcon and the Winter Solider will feature Sharon Carter and Emily Van Camp will be back to play her. A new character named John Walker will be on the show and will be played by Wyatt Russell. Sebastian Stan and Anthony Mackie also took to the stage to say hello to the fans.

WandaVision hasn’t started shooting yet. Though, they brought a clip to show the tone of the show. It’s part sitcom and part MCU action epic. After showing the clip which featured clips from the Dick Van Dyke show, Elizabeth Olsen and Paul Bettany. Darcy Lewis played by Kat Dennings will be returning. Randall Park will also be returning as Jimmy Woo in this show. Kathryn Hahn will also be on the show as the noisy neighbor. All four Marvel shows were announced prior at San Diego Comic-Con a few weeks ago.

Three new shows were announced for D23. The first is Ms. Marvel. The second is Moon Knight. The third is She-Hulk.

The World According to Jeff Goldblum will be on Disney Plus as well as a bunch of other new reality series including a new cooking series. Jeff Goldblum came out to talk about the things he learned while making the show. This will be a 12 episode show. Jeff showed the trailer which is a little random but is totally fitting for Jeff Goldblum. He explores things that interest him such as ice cream, tattoos, and other things.

Another show coming to Disney Plus as a reality show is Encore. Kristen Bell is the producer of the show.  It is about musical theater and Bell is a big fan and advocate for musical theater. Encore celebrates real people and reunites people who come together after a number of years. It is an exploration of how their lives have changed since high school and brings them together to put on a show.

Stargirl which be a Disney Plus original movie that will debut on the streaming service. It is based on Jerry Spinelli novel of the same name. It is not a be yourself movie with a strong message but one that does so effortlessly without having to do that. A short trailer was shown and it looks very much like a Disney Channel original movie.

Timmy Failure Mistakes Were Made is another original movie about a boy and his polar bear. Tom McCarthy will be directing and the cast looks pretty promising. They showed a clip from the film. It again looks like something that I think feels like something you would see on Disney Channel currently.

Lady and the Tramp is the live action remake of the animated classic. This was previously announced, but Disney showed the first trailer. It gets my approval probably because I love dogs and it looks absolutely adorable. Doesn’t really highlight the voice talents all that much but definitely hit the right emotions for me.

Togo: The Untold Story will star Willem Dafoe and is about sled dogs. They showed a clip which looks decent.

Noelle, which was announced earlier today, will premiere on the service on the same day that it launches. Anna Kendrick and Billy Eichner came on stage to introduce the film. Kendrick seemed super excited to be in a Christmas movie. It looks cute enough. Disney released an official trailer as well.

The Muppets are coming back to Disney Plus but only in short form. The clip showed Kermit trying to talk about the shorts, but the lawyer wouldn’t let Kermit say anything. It will be called Muppets Now and will be on the service sometime next year.

Diary of a Female President will be a very diverse show with mostly women. Gina Rodriguez will play the president hopeful on the show.

Kathleen Kennedy took to the stage to talk about the future of Star Wars on Disney Plus. The entire Star Wars collection will be made available to Disney Plus members within the first year. The platform allows Star Wars fans a new way to experience the universe. Star Wars: The Clone Wars will be coming back exclusively on Disney Plus in February 2020. Pedro Pascal and K-2SO are teaming up for a new show where they will explore their characters more on the service. As of now, there is no title. Shooting will begin next year in London.

And finally, the moment everyone was waiting for, The Mandalorian. Jon Favreau took to the stage with Dave Filoni to talk about how they met and what made them want to work together. This is Filoni’s first time working in live action. The show will feature a whole new set of characters. It has something for everyone. Some of the cast came out to support the show including Gina Carano, Pedro Pascal, Giancarlo Esposito, Taika Waititi, among others. The trailer below was shown for the upcoming series. The first season is done. The trailer was short and sweet but looks really good. You can tell Disney poured a ton of money in it.

As one final surprise, Ewan McGregor is back as Obi-Wan Kenobi. A live-action series starts filming next year. 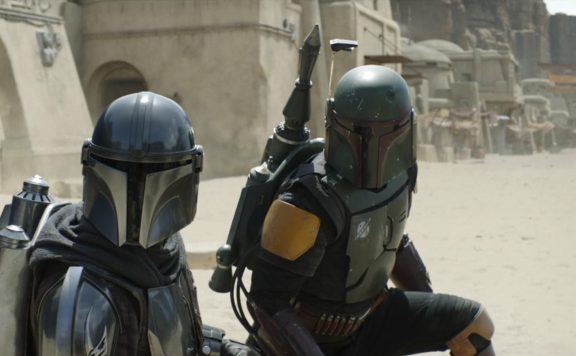 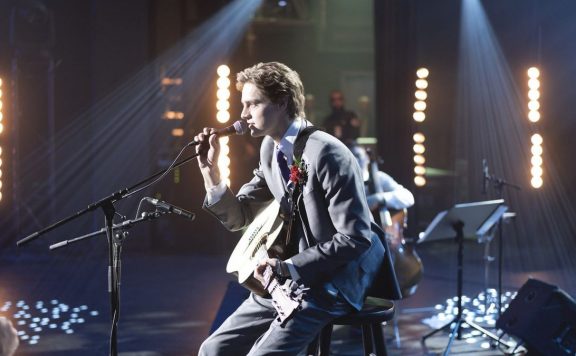