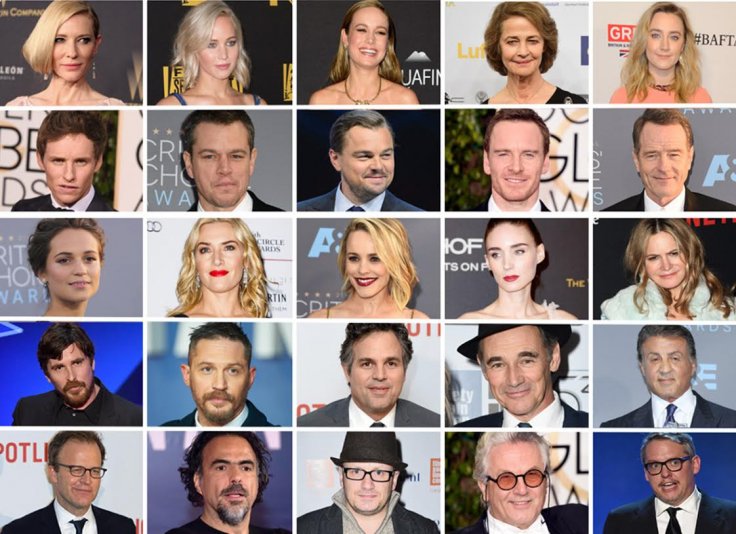 It’s 2016, and once again, there is an unsettling lack of diversity within the Academy Award nominees. With the exception of Mexican director Alejandro Gonzàlez Iñàrritu who is nominated for his work on The Revenant, all of the major nominees ranging from the actors to directors and writers are white. The news was heightened when actress Jada Pinkett-Smith made a video addressing the issue. Her message was mostly saying the Academy can do whatever they want, people of color can create their own award shows (which, ahem, they kinda already have), and that she will not be attending or watching the Oscars. That final part is what sparked the media to say she was boycotting the event, even though she never used the word “boycott”. Same with director Spike Lee. He simply said he was not going to the Oscars. Okay, fine. Now whether or not Spike, Jada, and Will Smith are indeed boycotting the event, the real issue is, yes, there are a bunch of white people nominated this year. Was it by accident or intentional? Where there deserving minority performances that should have been nominated?

By now, it seems like everybody has weighed in on this recurring controversy. It’s being talked about to the point where it’s getting exhausting to hear about it. However, I have some opinions on the matter and the whole concept in general. Recently, I typed my quick take on my personal Facebook page. Thankfully, it seemed to have received a good response from my friends, and they apparently agreed with me. I guess I did something right. Who knew? Anyway, I thought I’d share what I wrote in an effort to maybe start a dialogue here on We Live Entertainment. I sort of wrote this in a hurry, so it’s not as polished as I’d like it to be. It wasn’t something I planned on sharing with the world, but this is a worldly topic, sort of. There are lots of opinions on this matter, and I thought I’d start a platform for us who live entertainment to talk about this touchy issue, or at least say how full of shit this whole matter is.

There’s a lot to be said on this Oscar controversy with the lack of diversity of the nominees. While I agree the Academy missed the mark by not nominating Straight Outta Compton for more awards, and Will Smith being nominated for Concussion, who gave one hell of a performance, could’ve been a good way to showcase some diversity, there really wasn’t too many good enough films or roles that had ethic actors worth nominations. Did Spike Lee really think Chi-Raq was going to get nominated for anything? Pffft, thank gawd it didn’t, it sucked. Michael B Jordan in Creed was great but not really award worthy. Beasts of No Nation didn’t get enough traction to get nominations. Other than those films, I can’t think of too many other worthy projects with minorities that could have been in the Oscar race. Dope, maybe, but no one saw that great film. So right there, you should see the problem goes beyond the Academy. The people nominated for major awards, one being Mexican, by the way, people seem to forget the director of The Revenant is Hispanic, are people who slayed this past year. I don’t care what race they are, they were exceptional in the films they were in. So the problem is the lack of diversity in filmmaking, storytelling, casting. And not to be disrespectful to blacks, but I’m sorry, blacks get more opportunities than other minorities. How often do you see a Hispanic as a lead, a serious lead? Or an Asian? My goodness, Asians don’t star in shit unless they’re in martial arts films. Michael Pena, who’s so talented, always get’s cast as a sidekick or the comic relief. I wish he’d star in a film that didn’t focus on him being Hispanic or funny. My point is, don’t be all upset with the Oscars entirely. Be upset with Hollywood. Be upset all you want, but I bet you’ll still be going to the box office to buy tickets as long as a film interests you. You’ll still be watching the very films Hollywood puts out in some manner. I personally don’t care about color. I care about good filmmaking. I, being a Hispanic, can watch white people, black people, asians or hispanics in films all day, as long as those films are good. I don’t even care if those films get awards, I care about MY reward, and that’s watching a good movie.

So those were my two cents on the matter, which I will now elaborate on. If you look at the films of last year, not too many of good, award worthy films starred minorities. I’m talking blacks, asians, hispanics, middle eastern actors, whatever. Yes, minorities had plenty of work. Kevin Hart had at least three films under his belt. Michael Peña stole the show with Ant-Man and held his own on The Martian. As I mentioned in my post, the film Dope, an incredibly funny and smart, virtually unseen film, had a predominantly black cast, but featured plenty of multicultural characters. Furious 7 was praised for its multicultural cast as well. There were plenty of actors of color on film last year, but most of those films weren’t award worthy. Now, when it comes to the films of awards season, the films that pander to all the award givers, the Academy, the Hollywood Foreign Press, look closely. You’ll see most of the main actors of those films are white. In some cases, rightfully so. I don’t think you’d want of actor of color playing Steve Jobs. However, the white actors who received nominations are people we as film fans, critics and enthusiasts wanted to see nominated. We talked about these performers during the better part of last year. It didn’t matter that they were white. Brie Larson, Stallone, Fassbender, DiCaprio, Blancett, etc., these people deserve to be there. They acted their little hearts out.

But why not Will Smith for Concussion, why not Michael B. Jordan for Creed? My answer: As good as they were, the actors nominated were simply better, possibly more effective. Even though I love Creed, the other performers in the Best Actor category were stronger than Jordan’s character and performance. I don’t think it was about color. The one film that I think has the strongest case against the Academy is Straight Outta Compton. That film was undoubtedly snubbed, and critics and fans are wondering why. It was a critical hit, a box office hit, and a music biopic, that from a filmmaking standpoint, is in the same tradition as Oscar winning films such as Ray and Walk the Line. Hell, even the fictional (even though some have argued it’s about the Supremes) Dreamgirls was an Oscar winner. You mean to tell me, it’s because the film deals with Gangsta Rap and not traditional music Academy members might listen to? Is it too “urban”? You know what, that’s probably exactly why it didn’t get nominated for major awards, excluding its sole nomination for Original Screenplay, which just so happens to be written by white guys. Uh-oh! Maybe there is a problem with the Academy. Ya think?

Academy president, Cheryl Boone, who happens to be black, has noticed the Academy is out of touch. She realizes there needs to be a shake up. There’s too many old, mostly white dudes, casting their votes in a safe manner. Not enough members are taking any chances with their choices. So that is an issue. Straight Outta Compton could have been a good sign that the Oscars were willing to go against the grain. Alas, that ship has sailed. I for one knew it wouldn’t get a Best Picture nod, but I was hoping Jason Mitchell who played Eazy-E would have been recognized in the Supporting Actor category. Seriously, take Christian Bale, who was great in The Big Short, but has been to the Oscars (and won) before, and give Mitchell the nod. But nope. He’s too gangsta, I guess.

So yes, there are problems with the Academy. There’s no doubt about that. If you look up the amount of times blacks, hispanics or other ethnicities have been nominated in major categories in the past 40 years compared to whites, oh, you’ll see an issue. But again, the lack of diversity goes beyond the Oscars.

I’d also like to quickly point out that movies get nominated and win based on campaigning, how much ass you kiss, and how much cash you give out. Just sending DVD screeners isn’t enough. Actors and producers have to get out there, go to numerous functions associated with the Academy, just so they can even be looked at. It’s undoubtedly a corrupt system, where schmoozing and donations go a long way.

We obviously can’t and shouldn’t expect ethnic actors (or whites for that matter) to be nominated for mediocrity, even though, ahem, that’s obviously the case. So that’s why there needs to be bolder casting choices. Cast a black man or woman in a meaningful role, where they don’t have to be identified as black. Same as hispanics or asians. Allow an ethnic actor to blow our minds with a dynamite performance that without hesitation, deserves an Oscar nod. The fact that they’re not white should be an afterthought. Of course, that’s not up to me, I have no pull in Hollywood. I am not a casting director, nor do I work in the business. I’m just stating an option, one that seems to be shared by millions of other people. I mean, as I said in my Facebook post, I’m not necessarily concerned about color. I just want to see good films with good actors. That doesn’t mean minority actors don’t deserve better chances.

You know, the film world could learn a hell of a lot from the TV world. In TV, things are progressing at a rapid rate. Hispanics, blacks, gays, asians, all kinds of talented people from many different walks of life, all have a shot at being a major player in a television show. Many of which go on to win Emmy’s and Golden Globes. There’s bold storytelling being told on TV, whether it’s on Network or Cable. Normally, it doesn’t matter what the nationality of the actor is. What’s important is can that actor act? If TV Land can be more colorblind and bold, then what the hell is Film World’s problem?

Anyway, sound off, please. What are your thoughts? What would you like to add to this topic? Will you be watching the Oscars? Do you think the Academy got it right with the nominees? Come on, log in, and share what’s on your mind. Just please, be civil to each other.

Diversity Problem Goes Beyond the Oscars

It's 2016, and once again, there is an unsettling lack of diversity within the Academy Award nominees. With the exception of Mexican director Alejandro Gonzàlez Iñàrritu who is nominated for his work on The Revenant, all of th...
0
Average User Rating
0 votes
Please sign in to rate.