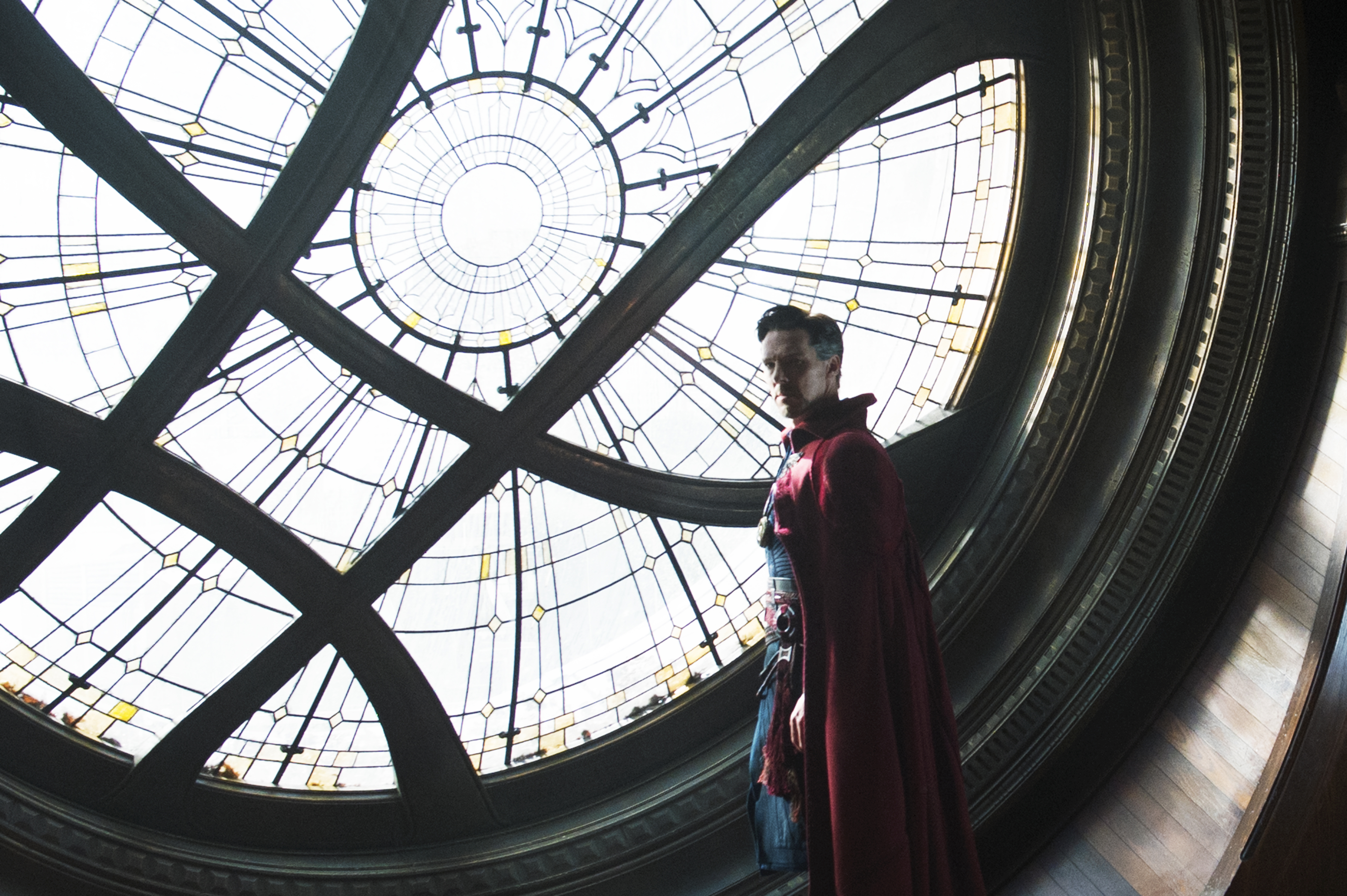 One of my most anticipated films of the year is here. Doctor Strange stars the always excellent Benedict Cumberbatch as Doctor Stephen Strange, a neurosurgeon who due to a car accident has nerve damage in his hands and can no longer work. Desperate and broken, he finds his way to a miracle patient and asks where he received his treatment. Dr. Strange is then pointed to a place called Kamar-Taj where he meets The Ancient One (Tilda Swinton). She is a sorcerer who uses her mystical powers to show Dr. Strange how much he doesn’t know about the world.

He then trains alongside Mordo (Chiwetel Ejiofor) and learns by reading books which he gets from the guardian of the library, Wong (Benedict Wong). It is in the library that he learns of an evil sorcerer named Kaecilius (Mads Mikkelsen) who stole the pages of a book which help him to summon Dormammu, the ruler of the Dark Dimension. It is at that same time in the library that Dr. Strange learns how to manipulate time using what he would later learn is called The Eye of Agamotto. Meanwhile, Kaecilius is working with an army to attack the various Sanctums around the world. The Sanctums are places where sorcerers have made to shield Earth from the Dark Dimension. Kaecilius begins attacking them and ends up in a battle with Dr. Strange, and the story gets interesting. 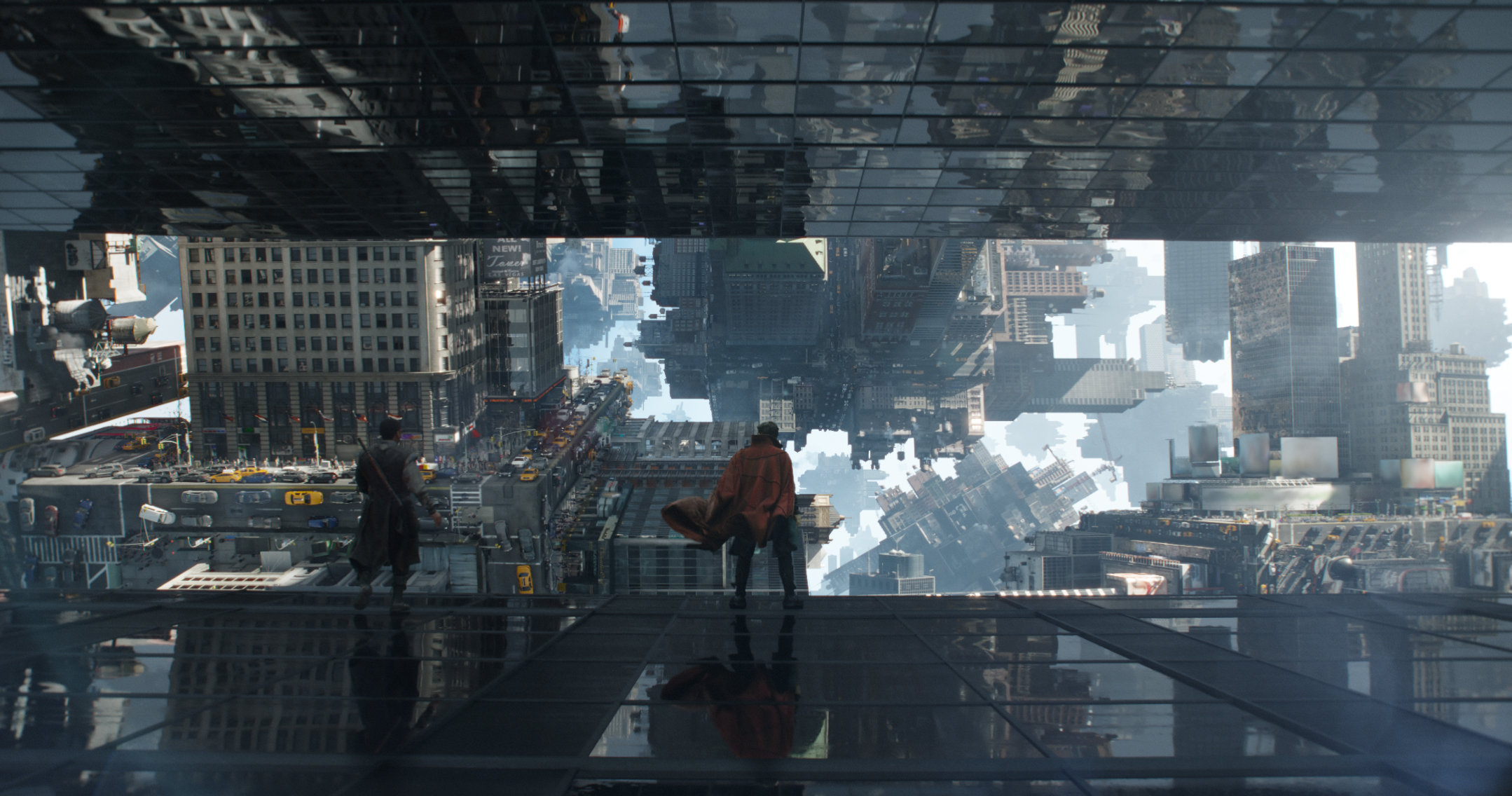 Doctor Strange is the most visually striking spectacle yet. The visuals in this film render you speechless. The colors, creativity, and design in this film are just incredible. The makeup for the characters was beautifully done, especially for Kaecilius and his group. The eye makeup, in particular, is so striking. The costume design is stunning with a lot of the costumes ranging from very plain, but still beautiful to very rich and vibrant. The action scenes in Doctor Strange are far superior to many of the other Marvel films. They are engaging and dazzling. Perhaps the most amazing thing about Doctor Strange is the visual effects. It is just mesmerizing to watch. You can’t possibly take it all in at once, and that is just a wonderful thing.

Benedict Cumberbatch was spectacular as always. His performance is spot on and full of a range of emotions, which he plays very well. I’d have to say that the performances in Doctor Strange are the highest caliber performances of any Marvel film. Benedict was great, and everyone was on par with him. Rachel McAdams, while not a huge role, was a very important emotional role that was done with perfection. Mads Mikkelsen is terrifying as Kaecilius, but also has the range of emotions and plays his character with such conviction. Tilda Swinton was wonderful as well as Chiwetel Ejiofor as Mordo. The film had a surprising amount of truly emotionally charged scenes which only worked as well as they did because of the high caliber actors that were involved. The film also sported a stronger villain than most Marvel films. The character had depth and was properly developed and topped off with a stellar performance by Mikkelsen. The only thing that didn’t work for me was the humor. So often it was hit or miss, but didn’t do enough to ruin the film all that much. 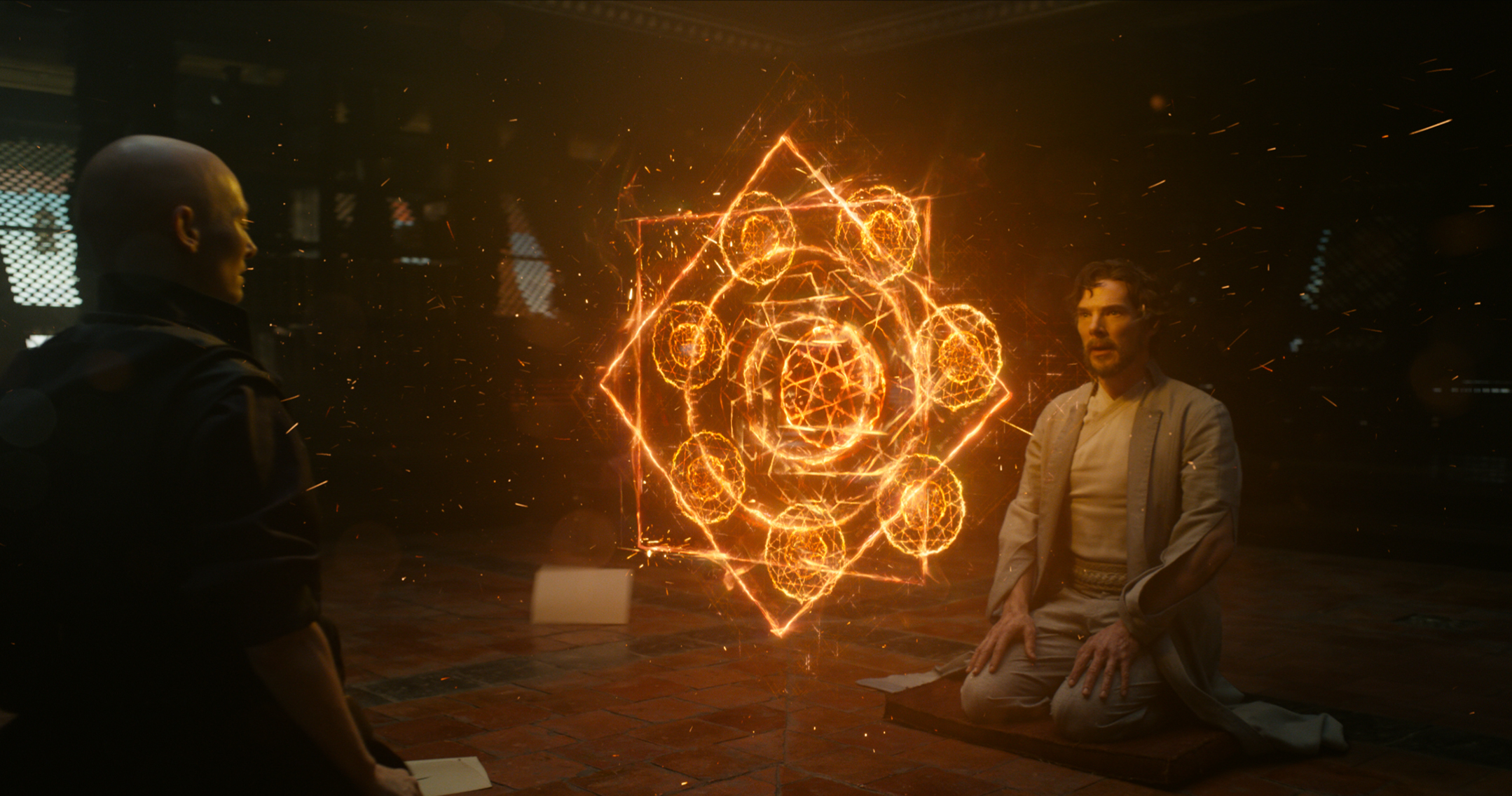 Overall, Doctor Strange is a mystical and magical visual treat. It is a joy to watch high-caliber performances with a great story to match. Don’t miss out on this because films like this only come around every so often. 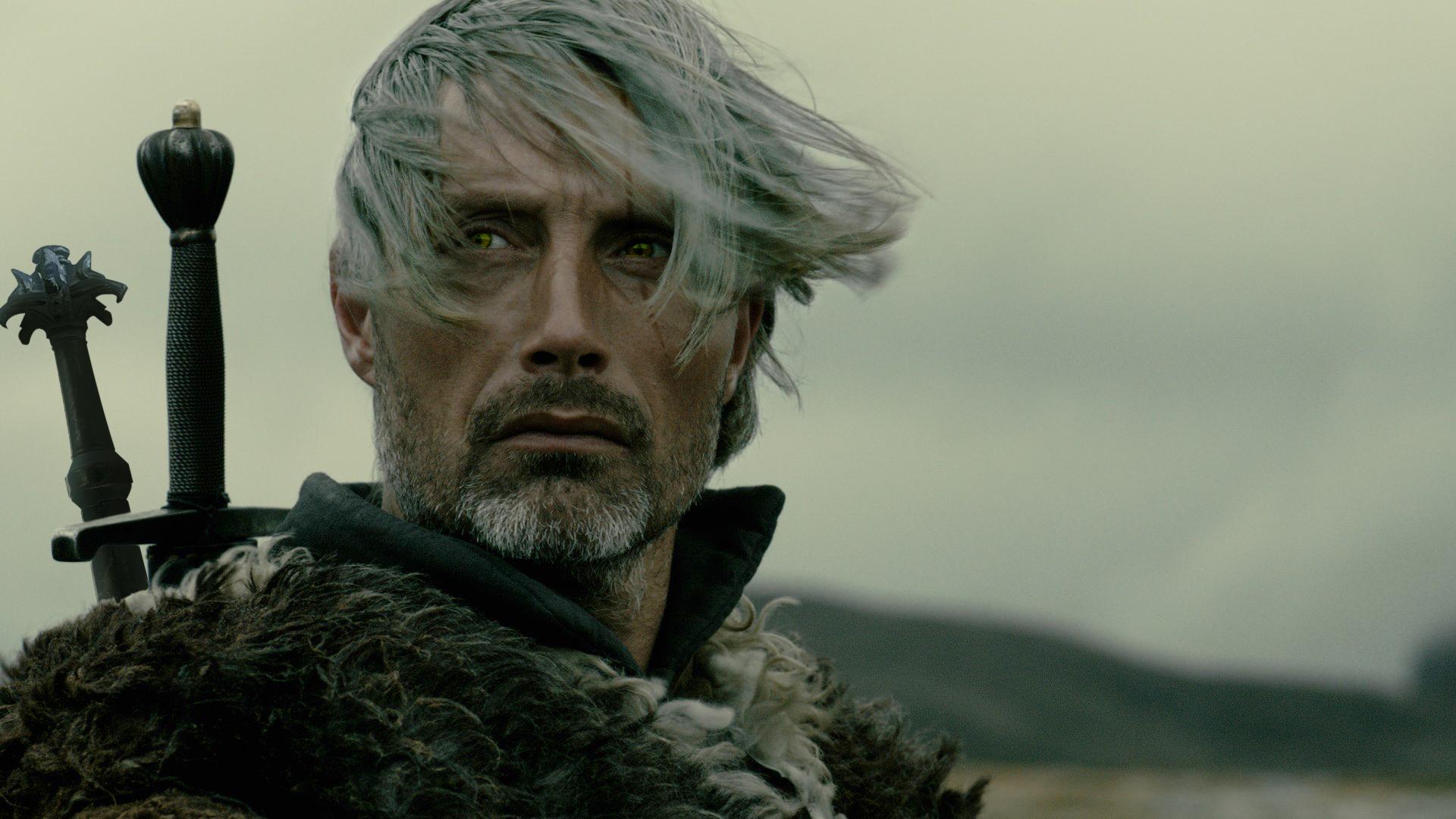 Doctor Strange Review: A Marvelous Visual Spectacle One of my most anticipated films of the year is here. Doctor Strange stars the always excellent Benedict Cumberbatch as Doctor Stephen Strange, a neurosurgeon who due to a car accident ...
0
Average User Rating
0 votes
Please sign in to rate.