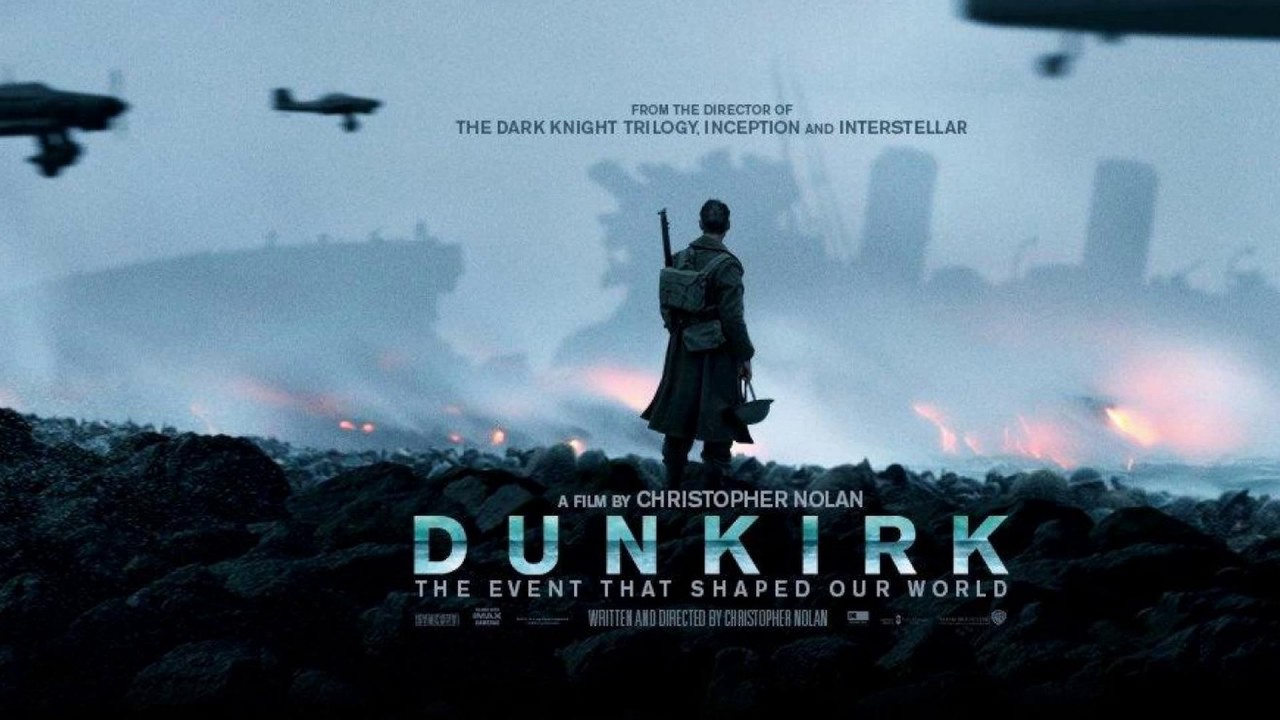 Dunkirk Review: The Most Stunning Nolan Film To Date

With much buzz surrounding the newest Christopher Nolan film, Dunkirk was a must see. Much to my excitement, they decided to have the screening on an IMAX screen, which is really where the film MUST be seen. Dunkirk tells the stories of a few different groups of men all fighting and trying to escape from Dunkirk. A little background on Dunkirk is during World War II; the Germans had the French and English soldiers cornered in Dunkirk, a small town in France. The Germans were attacking them by land, air, and sea. As these men struggle to escape, we find their stories of courage, bravery, and sacrifice.

The film is broken into different stories that are woven together to form a bigger picture showing how each part of the story, like the war, plays a part in one big picture. While this kept the audience engaged, I felt as though it also caused the film to lack one significant climax that gave a big payoff. The stories themselves were exciting, and the film kept you on the edge of your seat but didn’t have the big push to elevate it to what I felt Nolan was trying to create. The creativity behind weaving these stories together is astonishing. They all took place over different amounts of time from one week, to one day, to one hour. Nolan has woven these stories together to form a beautiful and stunning, yet not perfect film. 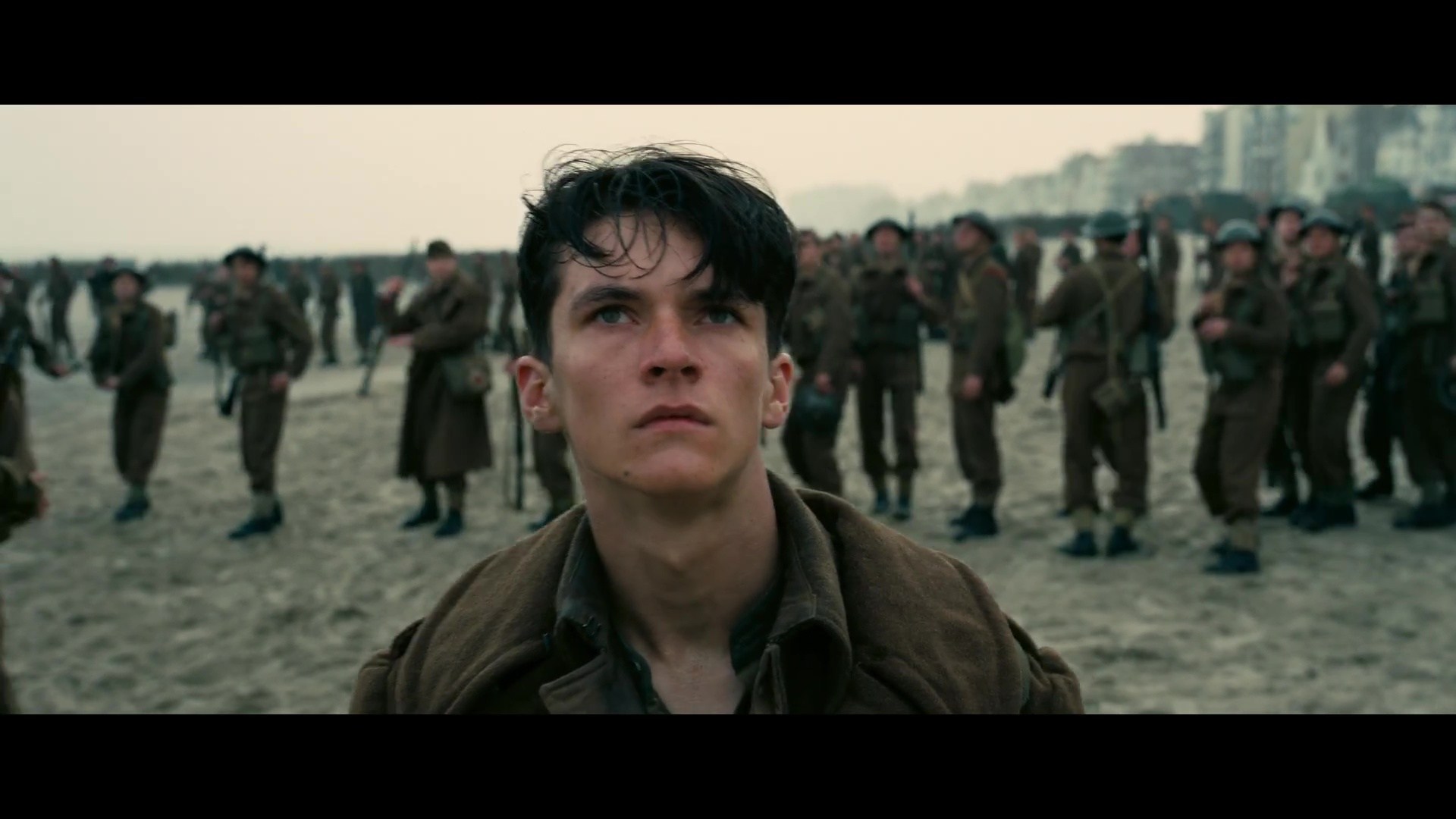 The campaign on land was referred to as The Mole: One Week. This involved the men desperately trying to make their way to the boats that would either lead them to safety or on which they would perish. The Mole focused on different characters, including Tommy (Fionn Whitehead), Alex (Harry Styles), Gibson (Aneurin Barnard) and a few other young soldiers looking to get out of Dunkirk. Their struggles are documented in the film as each attempt to leave fails, and they become more and more desperate. Among the soldiers are their superiors played by James D’Arcy and Kenneth Branagh, who give us, even more, background into what is going on at Dunkirk and why it is taking so long for these men to escape.

The second campaign was by water, referred to as “The Sea: One Day.” The Sea chronicles the tale of a father (Mark Rylance), son (Tom Glynn-Carey) and friend, George (Barry Keoghan) who use their boat to help and rescue the soldiers of Dunkirk. Along the way, they pick up stragglers who have become stranded in the water. One of the stragglers is played by Cillian Murphy, and other is a downed pilot of the third battle, The Air, named Collins (Jack Lowden ). Once the men were able to escape to the sea, they would face attack from the U-Boats and enemy planes, which is where the final portion came, “The Air: One Hour.” As the men tried to escape, an air battle was taking place overhead.  Collins and Farrier (Tom Hardy) are trying their best to keep the enemy planes from attacking the soldiers as they escape while managing a broken fuel gauge in one plane.

While the stories were woven together to create a beautiful film, they had less of an emotional pull than I would’ve expected. A war film that extracts little emotion from the audience doesn’t do a war story justice. I don’t know if it was the pacing or the storyline jumping that disconnected me from the characters, but I didn’t feel as emotional as I had anticipated. There were a few standout scenes that had me a bit teary-eyed but nothing too emotional. 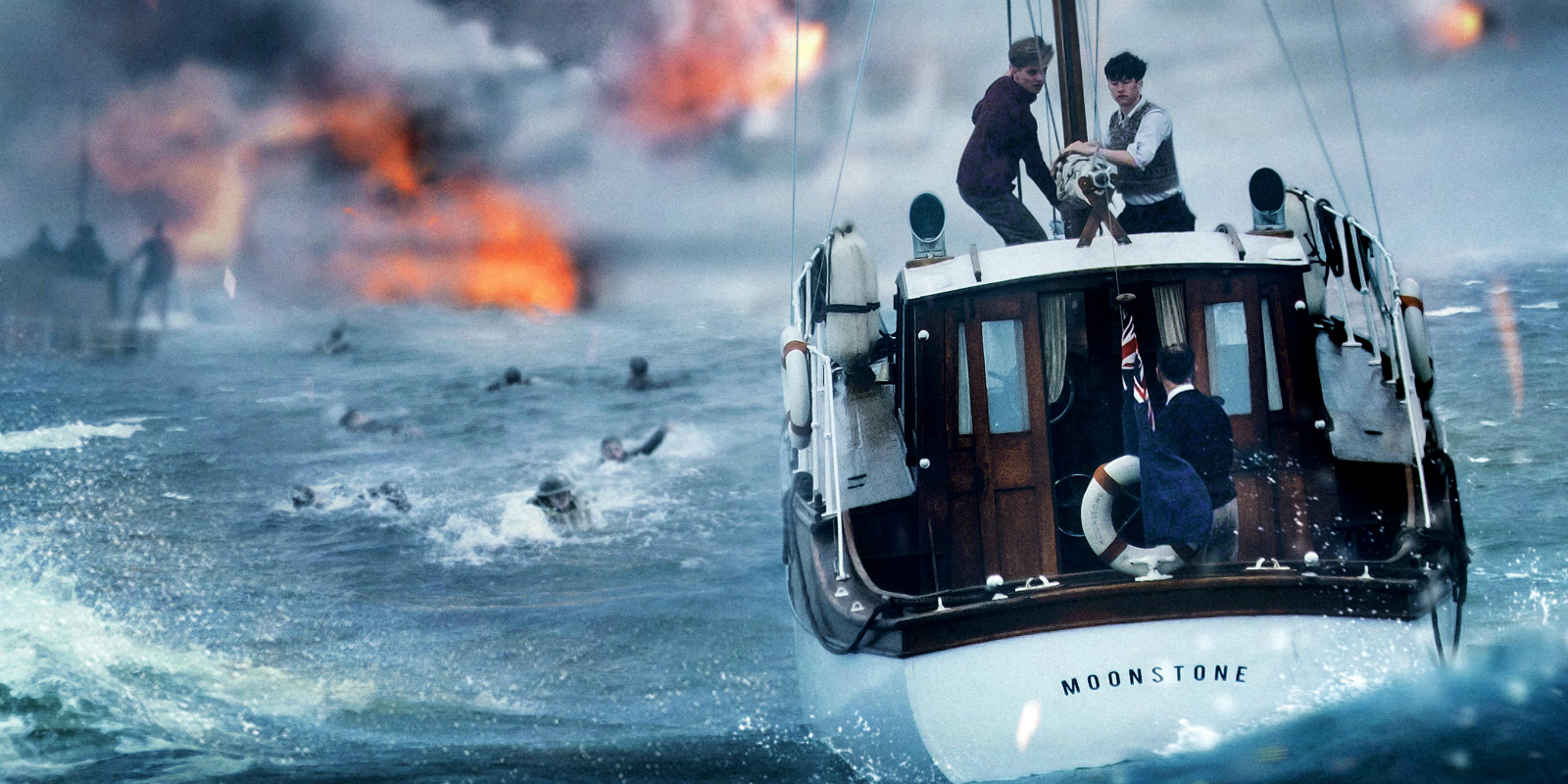 This is by far the most beautiful and epic film that Christopher Nolan has created. Every inch of the screen in each scene is meticulously executed, and the result is a masterpiece. It must be seen on the largest screen possible to be fully appreciated. Every shot was carefully created to maximize the visuals of that moment. From the way the light played off the water, to the sound editing of bullets and bombs hitting both water and metal at the same time, it’s pure magic. While the music is pertinent to any film, I felt at moments that the swelling and overly dramatic music was too much and took the place of some needed dialogue. The dialogue would’ve worked to establish the relationship between the characters more and perhaps made the emotional pull much stronger.

The performances in the film were spectacular. Everyone was on the same level and worked well together. While there were some moments for each of the main characters to stand out, there was no particular star of the film. This worked to the advantage of the film and made all of our characters into heroes, which they are. One could argue that Tom Hardy had the pivotal hero role as the sole airman trying to stop the enemy planes, but his time on screen was equal to those around him and didn’t seem to be pushed as a hero. While I’ve heard reports of those praising the performance of Harry Styles, of One Direction fame, his performance is decent, but nothing that I would say is overwhelmingly inspiring.

Dunkirk is without a doubt the most epic and spectacularly stunning film Christopher Nolan has made in years. It will go down as one of the greatest war films of this generation, despite its few flaws. Christopher Nolan succeeds in bringing a story to life that reminds us of the struggles of the previous generation, the horrors of war, and the resilience of the human spirit.
Follow @ashleygmenzel