Any holiday is a time for those to head back to their hometown to spend time with the family. So, of course, it’s also the classic setup for many comedy films we all know and sometimes loathe. But, if anything, the central idea proves that you can always go back home, even if the chaos of family drama is waiting for you. Such is the premise for the Jo Koy-starring vehicle, Easter Sunday, where the comedian takes his stand-up comedy act and adapts it into a feature-length film with lots of Filipino culturally-specific comedy, some odd stakes, and lots of delicious-looking food.

Easter Sunday follows Actor and comedian Joe Valencia (Koy) and his son Junior (Brandon Wardell) going on a road trip from Los Angeles to Daly City, CA, to attend a family Easter celebration. Both are unenthusiastic about the journey, considering what awaits them. For Joe, it means he serves as a mediator between his mom, Susan (Lydia Gaston), and his auntie, Tita Teresa (Tia Carrere). For Junior, it means he has to spend an entire weekend with his father, who isn’t there whenever he needs him.

If family drama wasn’t enough, Joe finds himself helping his cousin Eugene (Eugene Cordaro), whose bad business practice has gotten him $40,000 in debt, with a shady jewelry store owner known as Dev Deluxe (Asif Ali). And to make things even more complicated, Joe is trying to appear at an audition for a big network TV show during Easter Sunday. A role that requires him to use a stereotypical accent.

Returning home is the typical poignant journey that is generally full of nostalgia, reflection, and a realization that even though you left home, home never leaves you. As such, the usual tropes appear. The running into your old girlfriend (Tiffany Haddish) gag reminds him of how he left things and what he’s been missing out on. Then there’s Joe’s family misreading a riding bicycle trauma as the reason why he left home. And, of course, the family staying together as a unit is contingent on the prodigal son returning home.

While the family comedy about the prodigal son returning home story isn’t entirely original, it comes with a few twists. Easter Sunday presents that story as a love letter to his family and Filipino-American culture. And so, we see the life that Joe has created for himself by leaving his past in Daly City. For Joe, it’s an isolating feeling knowing that those who know him best live hundreds of miles away is suddenly right there in his face. Yet, at the same time, he is neck-deep in the life he thought he left behind. For most, it can shock the system as you realize that the person you are now has led you back to the starting point.

So while there is a formula to a family comedy, the idea that representation matters is prevalent because no one has told this kind of a story from this point of view. To be able to see and hear one’s self-reflected in pop culture in such an authentic way is especially important because it reveals the importance of being seen and having your stories heard. So while Susan may be an exaggerated version of Koy’s mother, there’s a splash of truth to it all, considering that’s how Lolas (a Filipino grandmother) and Titas (a Filipino auntie) speak. 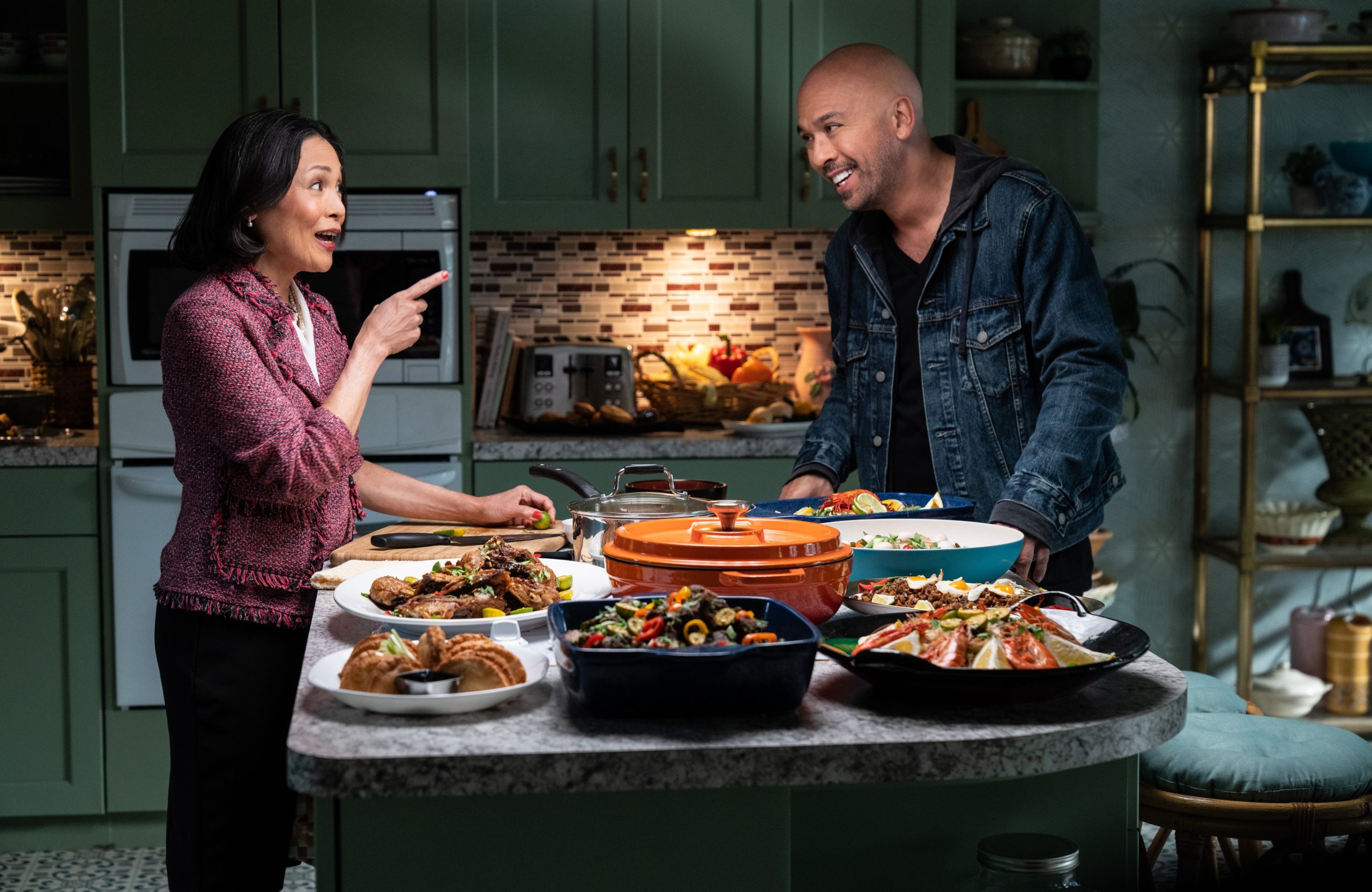 And Easter Sunday has plenty of fun zeroing in on the exaggerating Filipino stereotypes like the family tradition of becoming a nurse, overfeeding their children because they appear “malnourished,” hiding money everywhere, family infighting for reasons no one knows, etc. Watching how Joe’s family fill Balibakan boxes to be sent to the Philippines may be culturally specific to a certain extent, but it’s a means of bringing a piece of them home. And home is a significant theme in this film.

And as much as Easter Sunday pokes fun at itself, it’s also not afraid to tackle some cringeworthy moments stemming from ugly stereotypes. So, the film provides commentary on the broken entertainment system and casting process that often sees race above all else. For instance, Joe is asked to speak in a heavy Filipino accent during his audition, a request that he often objects to because it’s demeaning. It then brings Lou Diamond Phillips into the picture and points out how his ethnic ambiguity let him play Latino roles like Ritchie Valens in La Bamba.

Although Easter Sunday is a joyful comedy full of heart, laughs, and celebrates the struggles and triumphs of the Filipino-American culture on the big screen, it feels more like a feature adaptation of Koy’s stand-up comedy act than an actual film. The film opens with footage of Koy doing his stand-up act around various southern California comedy clubs. And if you know his brand, you know how he likes to impersonate his mom or bring his struggles as a Filipino American into the comedy. It’s not that it isn’t funny, because it is, but because everything is so exaggerated yet honest, it’s hard to tell whether or not the characters are a part of a story or if they are a manifestation of his stand-up characters delivering his punchlines. 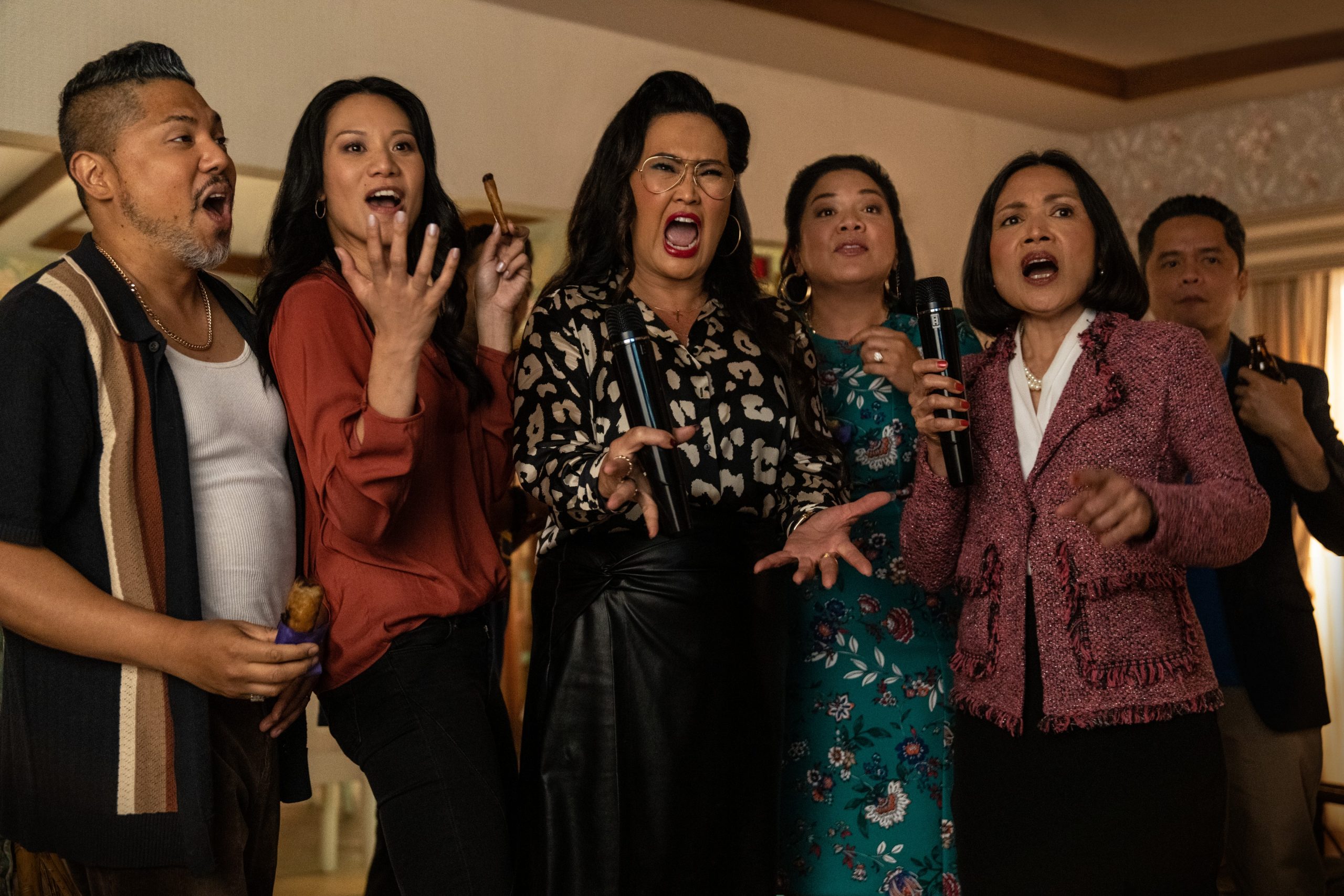 And Easter Sunday’s subplot where Eugene has to replay Dev Deluxe’s $40,000 in missing merchandise might take you out of the film. Though Ali plays Dev as a wildly exaggerated version of a local mob boss and part-time pimp who runs a jewelry store at a local mall, the character suffers from feeling a lot like one of Koy’s comic acts. And there’s no escaping him either, as Joe and Eugene run into Dev and his gang almost constantly. It’s like a sitcom gag that keeps running throughout a season. But then, it takes it a step further when Eugene steals a pair of Manny Pacquiao’s prize-winning boxing gloves used to beat Oscar De La Hoya, which Dev stole. Watching Eugene develop schemes to get the hot ticket off their hands is a comedic hustle in action that is evened out by the fact Eugene is very protective of his culture and wants to sell the gloves to a Filipino.

But Easter Sunday finds its center by focusing on what matters the most, telling stories about family and friends through the lens of a Filipino family. So every celebrated aspect of the Filipino culture in the film comes off authentically because it comes from an honest place and speaks to the heart of Koy’s experiences growing up as a Filipino-American. So it’s funny to watch Junior get a crash course in Filipino-American culture while using Taglish – a mix of Tagalog and English. And to watch him embrace his culture as he captures family moments through photography or sharing Halo-Halo with his new crush, Tala (Eva Noblezada).

Easter Sunday doesn’t shy away from the fact that it has to be extra to make the comedy work or move to story forward. And just like a serving of Halo-Halo, a mixed concoction of various layers of fruits, jellies, and condensed milk, all the different stories and characters that Koy plays on stage for his acts come together to create a delightfully sweet treat. Sure some aspects of it, like the out-of-place subplots or the fact that it sometimes feels like a stand-up comedy special, can sour it, but it finds its way back to being something deliciously fun when it focuses on its themes of family and celebrating everything that has to do with Filipino-American pride. 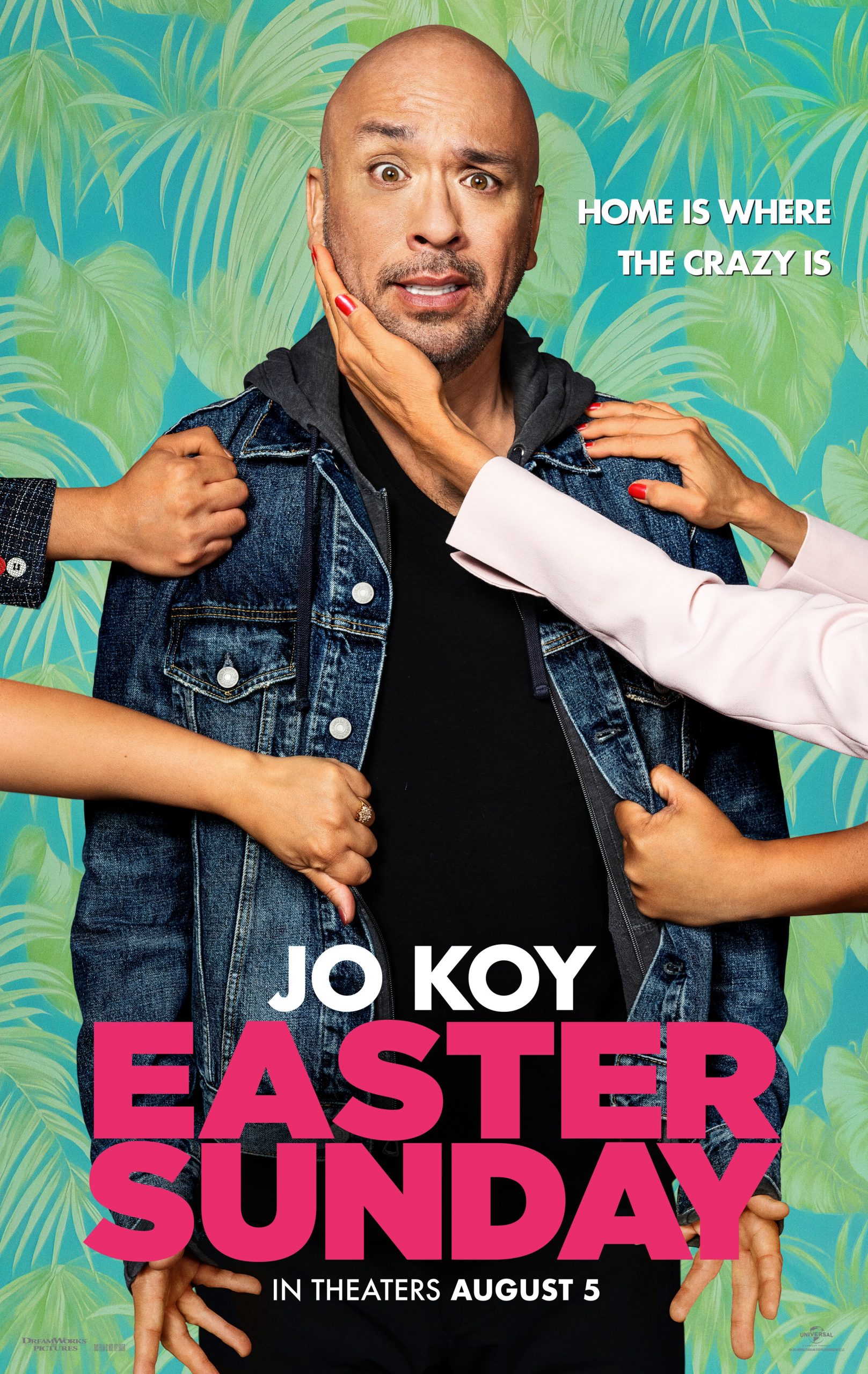 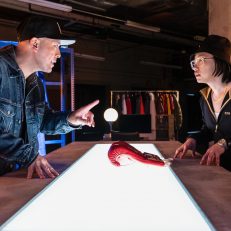 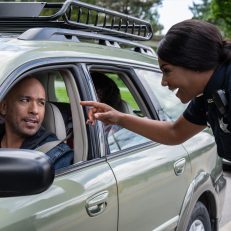 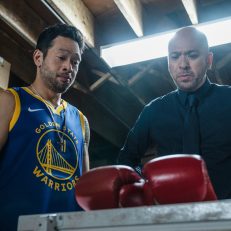 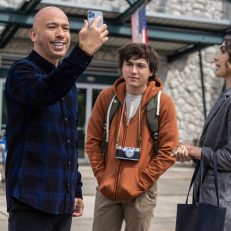 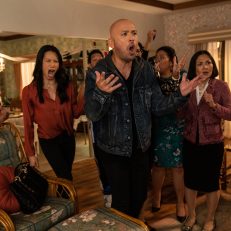 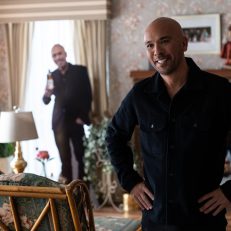 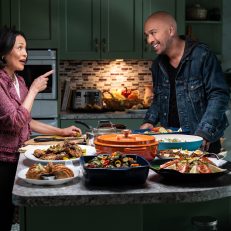 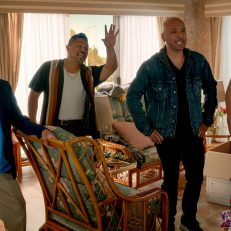