One of the most talked about films hot off its run at Sundance is Eddie the Eagle starring Hugh Jackman and Taron Egerton. The film, based on a true story, chronicles the unlikely rise of an underdog athlete and his dreams of participating in the 1988 Winter Olympics in the ski jump. Paramount to the storytelling of this underdog is the incredible genuineness exuding from Egerton’s performance. He elevates the audience in his performance to champion the most unlikely of champions, Eddie Edwards, an awkward 22 year old from England, pursuing his dream of competing in the Olympic games. Reluctantly by his side is Bronson Peary (Hugh Jackman), the washed up drunkard former Olympian. This performance by Jackman is a true return to form, leaving the terrible memories of Pan and Chappie in the dust.

The film does a wonderful job of setting the scene and taking us back to a time period. The entire film is set up to embody that time period, from the synthesized music to the clothing to the text’s font used in throughout the film. It is apparent that the filmmakers wanted to transport and bring the audience back to a time period and really let Eddie shine in his time.

Egerton is transformed in this role into the awkward and determined Eddie Edwards. He is almost unrecognizable and in stark contrast to the character he played in Kingsmen. I always commend actors for reaching out of their comfort zone and what they are expected to do and try something completely different. What makes Egerton’s performance so great is his genuineness and eagerness to achieve his goals. He no longer is Taron Egerton, but transforms into the underdog with whom the audience and the world falls in love. His mannerisms and facial expressions are completely transformed. His performance is engaging and wholehearted. He believed in Eddie as much as Eddie believed in himself.

Alongside Egerton, Hugh Jackman played a reluctant coach and motivating force for Eddie. He was blunt and to the point with his coaching and never sugar-coated anything. It often provided the drive that Eddie needed in moments where he doubted himself. Jackman’s performance was great, but was still outshined by Egerton, but I think that is how it was intended. Afterall, Eddie is the hero. The chemistry between Jackman and Egerton is great. You can tell that they really enjoyed working with each other. They bounce well off of each other and convey a true connection. There also is a surprise actor in the film that I think many people will appreciate. I don’t want to spoil it for you. 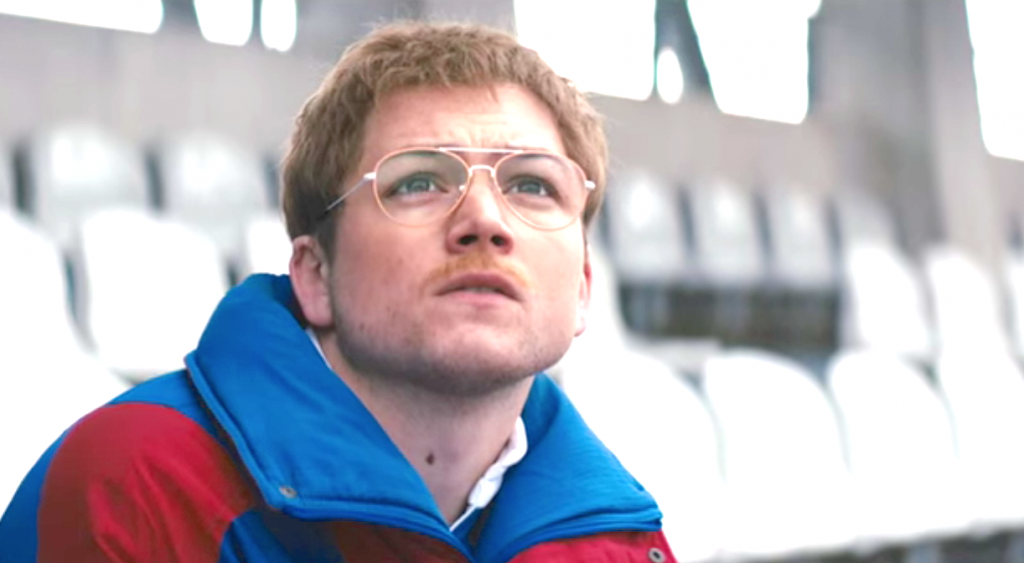 The story of Eddie is such an inspiration and a feel-good film. It gives the incredible feeling that only a great sports film can truly give. It gets your adrenaline pumping, heart racing, revved up by the swelling music and sudden silence and the feeling that with hard work and determination, you can accomplish anything you desire. Eddie is such an outcast and is continually told that he can’t do something or that he isn’t good enough, but he doesn’t let that deter him from achieving his goal. The story has heart and emotion and really shows Eddie in such an incredibly human and genuine light.

The cinematography of the film is really interesting. I can’t imagine how difficult it had to be to get the shots that they needed at all the different angles that they needed for the jump shots. The whole film was shot in 8 weeks in Germany and England, according to director Dexter Fletcher. Overall, the film was a memorable and human look at an unlikely Olympian, reminding the audience that nothing is impossible, so long as you are willing to work at it. 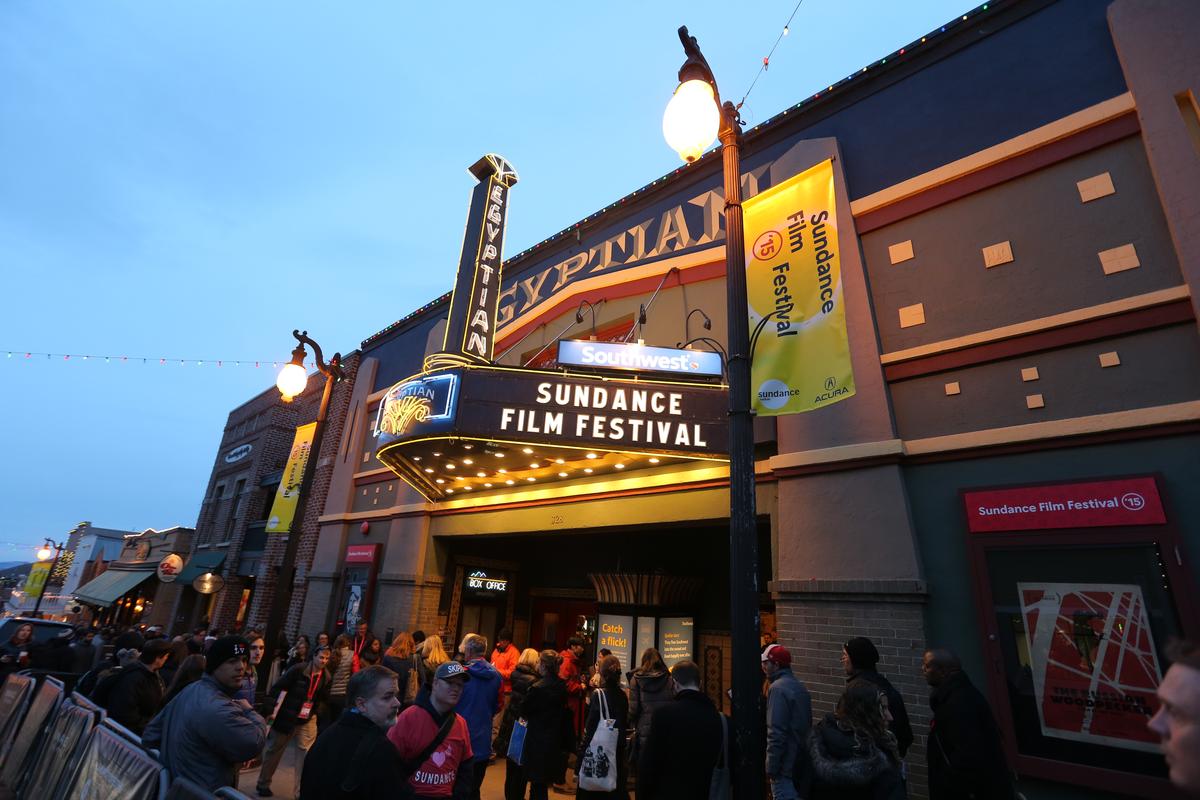 Eddie the Eagle Review by Ashley Menzel One of the most talked about films hot off its run at Sundance is Eddie the Eagle starring Hugh Jackman and Taron Egerton. The film, based on a true story, chronicles the unlikely rise of an unde...
0
Average User Rating
0 votes
Please sign in to rate.