When I heard about Elizabeth Blue, it gave me a Touched with Fire vibe. Mental health is so important to talk about and drama is a helpful way to show people they are not alone and help give their families a way to discuss it. It’s also just damn moving drama because it’s a conflict that can’t be defeated, only managed to degrees of varying success.

Elizabeth (Anna Schafer) is released from a mental hospital and begins planning her wedding with Grant (Ryan Vincent). She still has schizophrenic hallucinations and sees Dr. Bowman (Adewale Akinnuoye-Agbaje) for medication and outpatient treatment. The film by writer/director Vincent Sabella (and co-writer Alfred D. Huffington) captures Elizabeth’s schizophrenia in a way as unique as every patient’s own condition.

Sabella let’s scenes play long because that’s when you really experience it. Most people can get by in moments they’re forced to function socially, but not indefinitely. It’s when the defenses break down that we need loved ones to be understanding and supportive. Elizabeth Blue gets there.

She has long sessions with Dr. Bowman. Of course, it’s not a whole hour (that would be 2/3 of the movie!) but it shows how patient a doctor has to be. Side effects are serious and you can’t ask a patient to tough it out. You have to earn their trust and convince them you’re not forcing drastic lifestyle changes or discomfort on them. 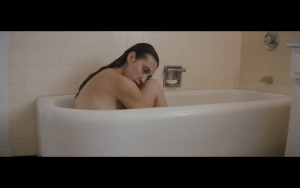 The moments of silence are most relatable to me. When Elizabeth is alone and her hallucinations give her a break, she lingers in the silence. Sabella uses the widescreen frame and empty space. The stillness is welcome when Elizabeth needs it. Not that it’s always pleasant. Depression can be silent and lonely too so it’s the balance everybody must find, let alone people whose bodies are literally conspiring to make them feel sad, anxious, suicidal or worse.

The cacophonous manifestations of Elizabeth’s hallucinations convey the hardship of living with her type of schizophrenia, and even the best theater surround system is probably only a fraction of what schizophrenics suffer. A hallucination named Tim goads her to suicide, yet when she says goodbye to the hallucination of a raccoon she pets, it’s heartbreaking.

With every potential progress comes more hurdles to overcome, including unsupportive family members who deny the diagnosis. The dialogue goes there and confronts these issues. It’s empowering when Elizabeth can be strong in the face of them and the film is sensitive to Grant’s desire to be there with her, even though there are times there’s nothing he can say or do, and he can’t entirely identify with her experience.

I don’t know where Anna Schafer came from. I’m going to seek out her past work even if it’s not as juicy as this leading role. It’s clear she did not only technical research but empathic research to really convey what living with this kind of schizophrenia can be like. And it’s different for everyone but you only have to be a human being to feel compassion for Elizabeth’s specific condition.

I hope people discover Elizabeth Blue for many reasons. Sabella is a storyteller to watch. Schafer is a breakthrough. If you have or know someone with mental illness, learn more about it and successful treatments. If you don’t, keep championing stories about mental illness because it will make the world more compassionate. Elizabeth Blue opens September 22. 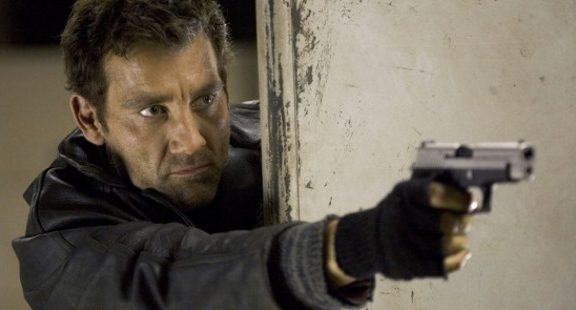