Enola Holmes starring Millie Bobby Brown as the titular character, follows the young sister of Sherlock and Mycroft Holmes as she works to unlock the mystery of her mother’s disappearance while helping a newfound friend along the way. She leaves her rural country life behind her in search of her mother in London. Despite her wishes, Mycroft wants to send her to a boarding school to learn how to be a proper lady. Enola must dodge those trying to capture her and harm her new friend, Lord Tewksbury (Louis Partridge). Set in the era of change in England, Enola Holmes addresses the need for societal change in a country that doesn’t allow women to vote. As she unravels the mysteries of her mother’s disappearance, she learns more about how radical her mother was and how her unconventional upbringing has given her the advantage to survive in a world that seeks to silence and tame her.

Millie Bobby Brown plays Enola with such a tenacity and vigor that brings the character to life. The constant breaking of the fourth wall pulls the audience into the film and therefore investing in the well-being of the characters. Her wit, charm, and resistance to conform to societal norms make her the daredevil character we want to see. As she discovers more about her mother, she begins to see her life in a different light. She can analyze distant memories of her mother and see how she had been preparing her for a fight her entire life. 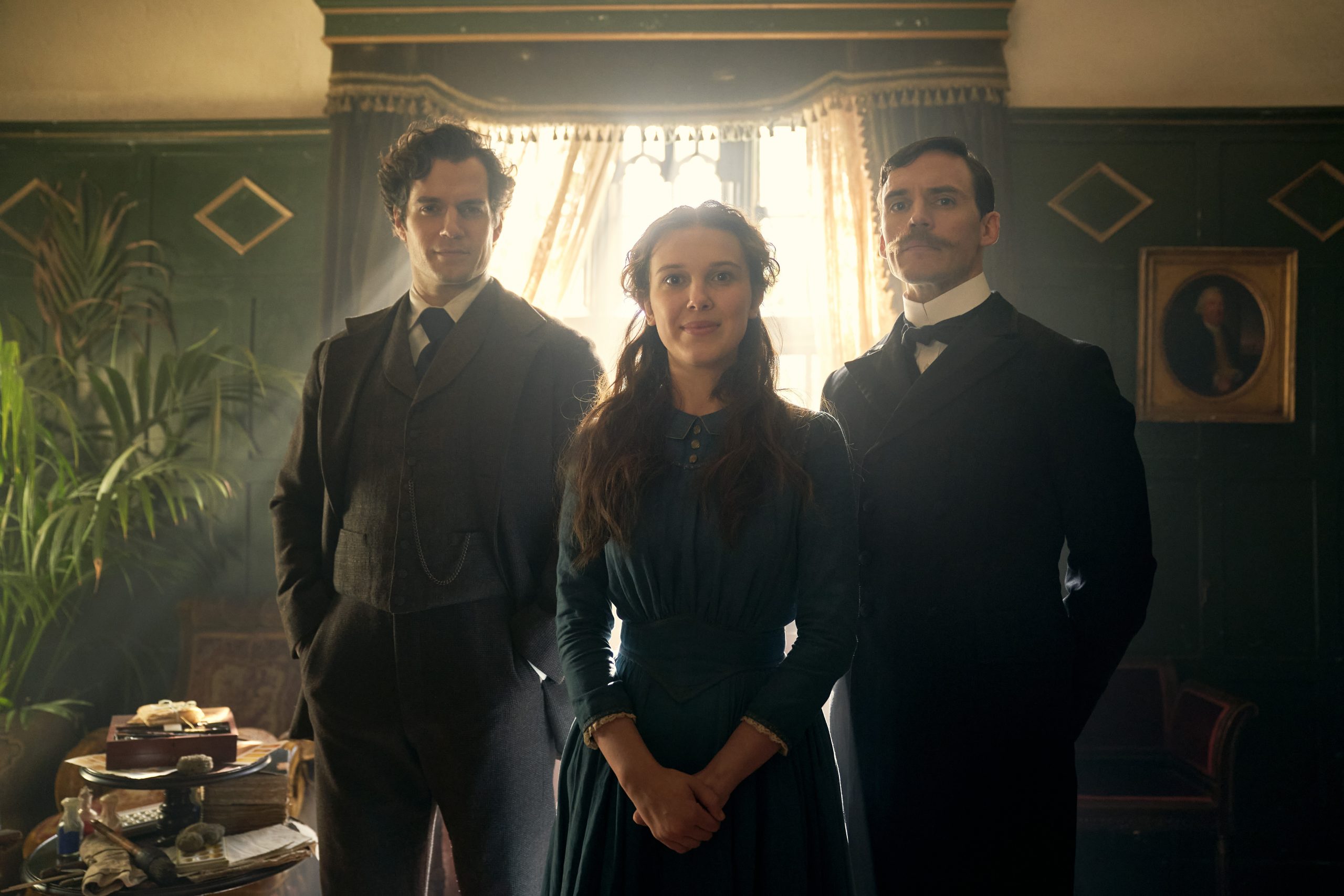 Henry Cavill and Sam Claflin as Sherlock and Mycroft are excellent balances of each other. Sherlock admires her intelligence and wit, and Mycroft seeks to tame her. It is interesting to see Sam Claflin play a role like this as he is so unlikeable. Louis Partridge, as Lord Tewksbury, is an interesting match for Enola. We get to see his character unfold into someone much more likable by the end of the film. What is done so well in Enola Holmes is that the focus remains on Enola for the duration of the film. She gets to guide the story and truly shines as the focus. While we don’t see her mother, Eudoria (Helena Bonham Carter), very much, her presence in shaping Enola to be an independent and resourceful woman is one that we can all admire.

The script by Jack Thorne is sharp, witty, and filled with fantastic dialogue for Enola. It holds back little in getting its clear message across. It creates a world in which Enola can blossom and become a fully realized version of herself. The costume design by Consolata Boyle is not to be overlooked. Her talent has graced other beautiful films such as Victoria and Abdul, Florence Foster Jenkins, and The Iron Lady. She continues to stun with beautiful designs that elevate the film. 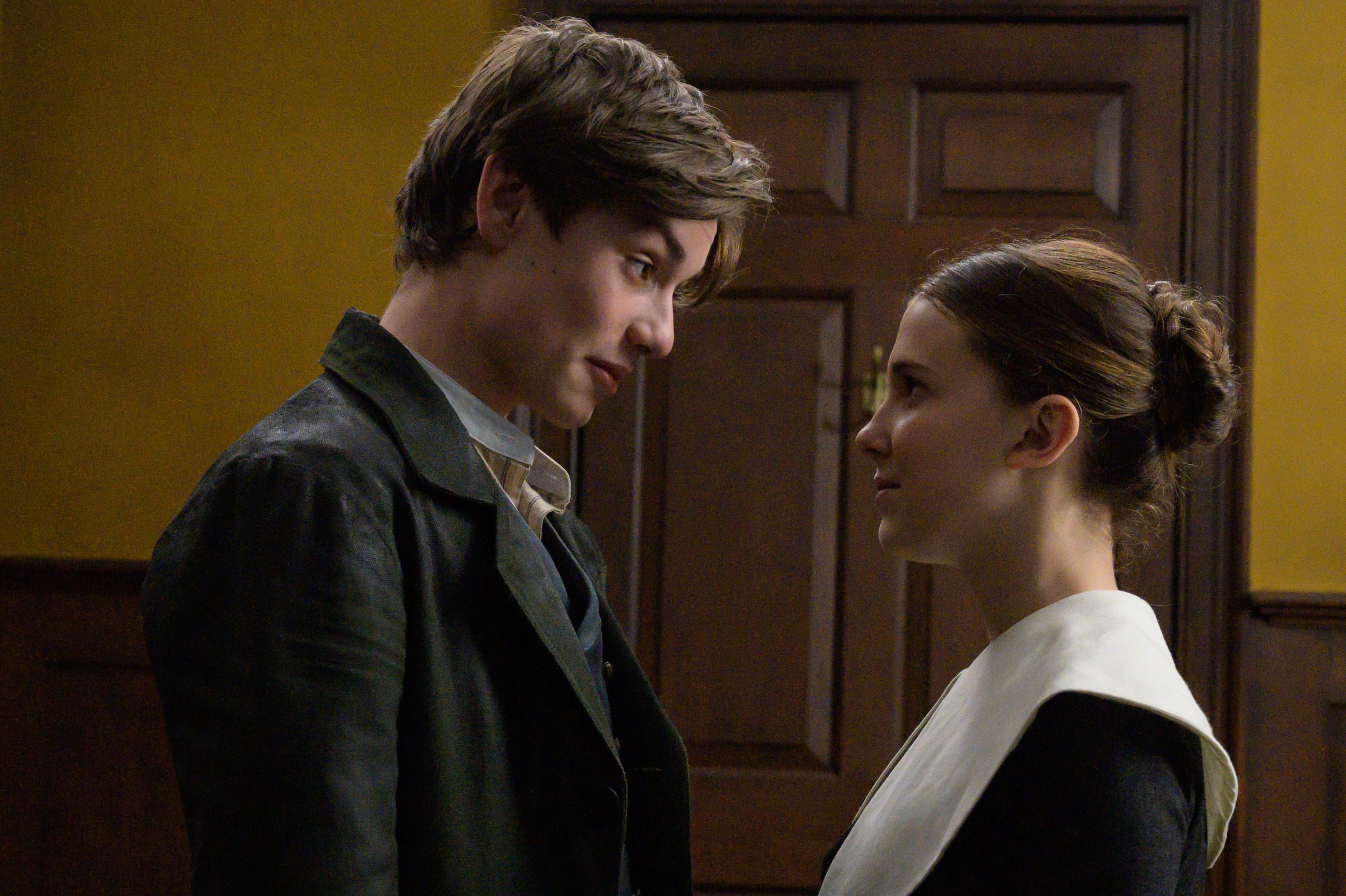 With the backdrop of the early moments of women’s suffrage in England, Enola Holmes speaks volumes on the need for equality, representation, and independence. A focus on the female titular character sheds light on the drastic difference between that and the status quo in England during that time. People of society, such as Miss Harrison, the headmistress of a boarding school, do little to hide their chagrin toward her martial arts and decoding training, which proves useful in forging a new world.

Director Harry Bradbeer has brought to life a fantastic character that, while inspired by her famous brother, in the end, surpasses him. Her honesty and passion for enacting change and becoming the creator of her future and destiny are what drives audiences to feel inspired and become enamored with her. Enola Holmes, although taking place in the past, is very much relevant today. Its resounding message of equality, being the masters of our future, and challenging the status quo are messages that still ring true in 2020. Enola serves as an inspiration to remind us that our voices matter, our future is ours and that the best you can do is believe in yourself. 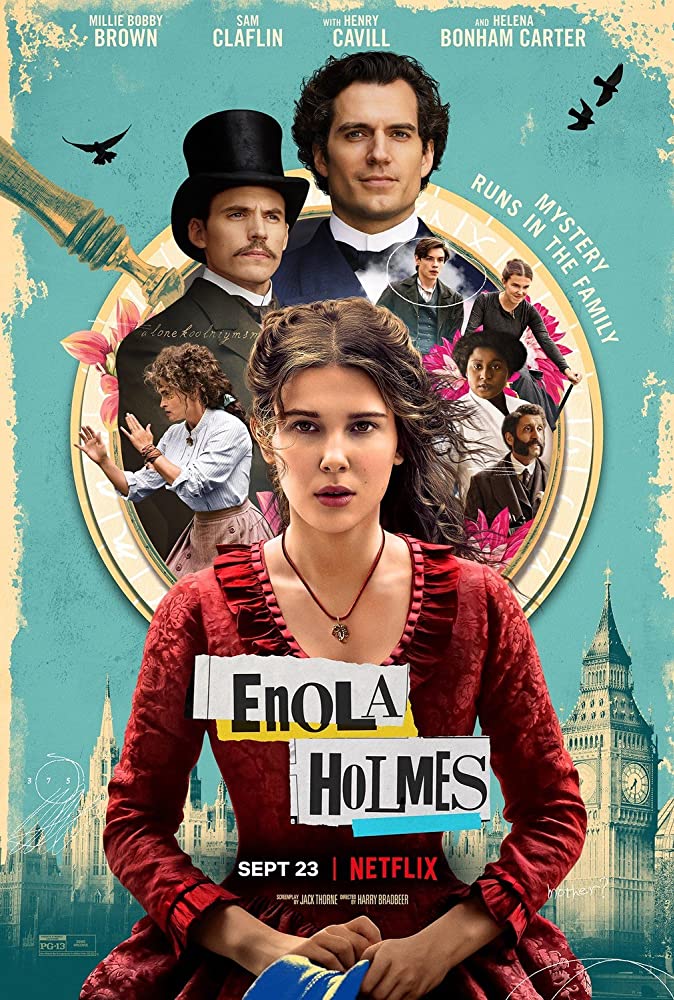 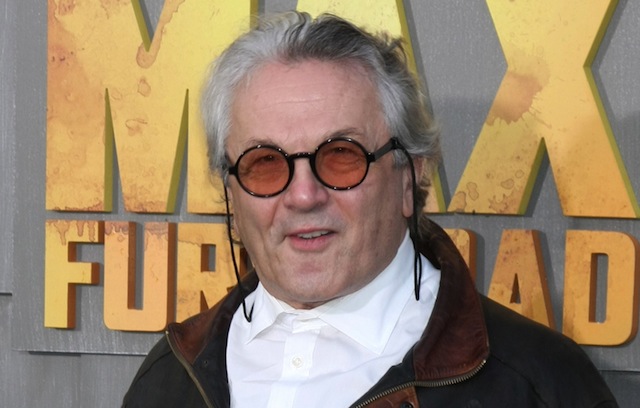 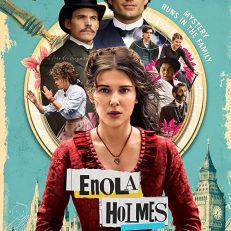 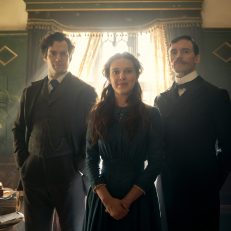 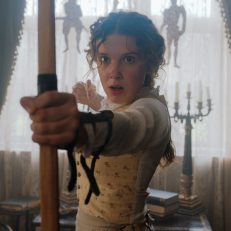 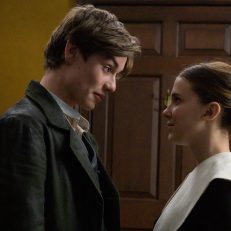