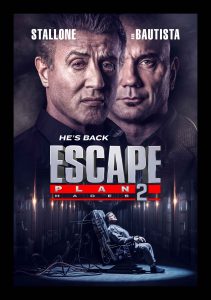 I called it when I saw Escape Plan. This would be Stallone’s next franchise. Ray Breslin (Stallone) could break out of a different prison each sequel. Well, the box office for Escape Plan was only enough to make it a viable title for home video but I’m still right. And it seems Escape Plan 2: Hades is about the new additions to Breslin Security breaking out but I still called it.

So it’s Shu (Huang Xioming) who wakes up in the new super prison Hades, but Ray still has a substantial role doing intel on the outside. He even gets into some fights and kills some henchmen. So the team on the outside has a large role so Stallone has enough to do. 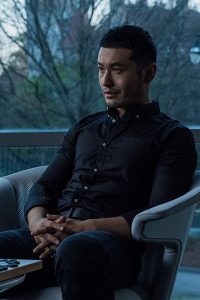 Huang is a good find. He’s quick and efficient. In Hades, the inmates battle in the Zoo. The reward is sanctuary time, a VR holodeck of peaceful settings. It seems improbably expensive to keep prisoners in a place this elaborate but Hades is from the makers of The Tomb so it’s connected.

The zookeeper wants Shu to convince his tech genius adoptive brother to give up a patent for satellite control. So maybe it is worth it for folks involved in corporate blackmail. One successful hostile takeover pays for all the other inmates.

The prison is so sectioned off it’s hard for Sho to figure out the layout. Force fields and automated guards complicate matters, so it’s believable that it’s a real space, but disorienting from the inside. 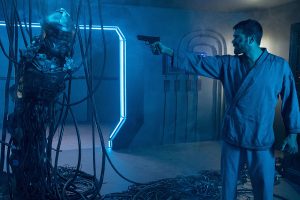 Escape Plan 2 looks like the first movie with its blue green tint. It’s international traveling between Shanghai, Atlanta and of course Eastern Europe where all DTV action is filmed. Fire is all CGI but I mean, we can’t get real fire in theatrical anymore.

Catching up with Team Breslin, the movie treats the characters like people the audience cares about. It’s not just an obligatory sequel. It’s about what these characters have done since The Tomb and deals with the problems of hiring new staff for security firm. 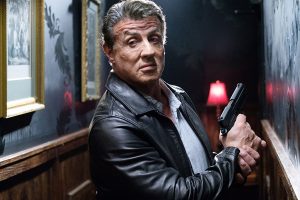 They really pack Escape Plan 2 with more action than they have to. There’s a car chase through an empty warehouse. It’s gratuitous but it’s real driving and we appreciate finding opportunities for action wherever possible. Plenty of zoo fights, Stallone and Dave Bautista teaming up and a big breakout at the end, Escape Plan 2 doesn’t phone in the action. Bring on Escape Plan 3, which they already filmed so it’s already a trilogy.