Now streaming exclusively on Disney+ is The Ice Age Adventures of Buck Wild. The film, which marks the sixth film in the franchise, continues the escapades of the possum brothers Crash and Eddie who set out to find a place of their own. Together with the one-eyed weasel, Buck Wild, they face the dinosaurs who inhabit the Lost World.

We Live Entertainment recently had a chance to sit in on the film’s global press conference where Simon Pegg (Buck Wild), Justina Machado (Zee), John C. Donkin (Director) and Lori Forte (Producer) answered questions from the press about the film. Because Simon Pegg in usual fashion stole the show, we thought it would be fun to highlight everything that he had to say during the conversation which took place on January, 13, 2022.

On the franchise and the new characters:

“I’ve been dropping hints about this for 12 years. Lori, you can attest to this, every time we do it, I’m like, “Probably this Buck should have his thing. Maybe…” The great thing about this is that the Ice Age story has so many fabulous characters in it, this is the era of the cinematic universe. I don’t think there is another animation, which is more suited to expansion like this. It’s great. There are so many wonderful characters and in a movie you can only spend so much time with each one. So this is a lovely way to give over some time to not only Buck and Crash and Eddie, but also Zee and these new characters, which are welcome additions to this fabulous group.”

On his character getting his own film:

“Well, Buck’s very much in my sort of muscle memory now, because I’ve played him a few times and I was very excited to hear that we’d be doing this. And I just have to get a lot of sleep before sessions because they’re always extremely energetic and Buck is just full on all the time. And it’s exhausting as Justina will attest. You do a voiceover session and at the end you are always exhausted because you put everything into your voice. Whereas if you are doing a live action performance, you have your gesticulations and your expressions to lean on. With this, it all goes through that one facet of your ability to perform and it’s incredibly fun. I do love Buck. I have a very strong affection for him, not least because he was born the same year my daughter was born. So the first time I played Buck was the year my kid was born and she’s grown up with those movies and with him. And weirdly as this new Ice Age installment comes out, my sister just gave birth this week. So there’s a new Ice Age baby to take the stories forward. So, it’s nothing but a joy to play Buck because it has all this kind of emotional resonance for me personally in my own family.”

On making the film during the pandemic:

“We’d just met over Zoom. This is one of the most incredible things about animation and a Testament to John and Laurie as well. Is that, it’s about assembling all the pieces and creating a chemistry, which you would hope felt present, which it does. It was amazing watching the film and seeing Buck and Zee having this relationship and having chemistry and simpatico and never having met. It’s a very odd thing. Also, I ended up doing a lot of my sessions at my house. That the engineers would come and they’d set up the studio in this room and I would shuffle in. I didn’t wear pants for some of the sessions. A lot of it, I was just wearing my slippers. I‘m not even going to verify that either way. Let’s just let your imaginations run wild. But honestly, it was one of my favorite jobs ever, because I didn’t have to leave the house. It was great.” 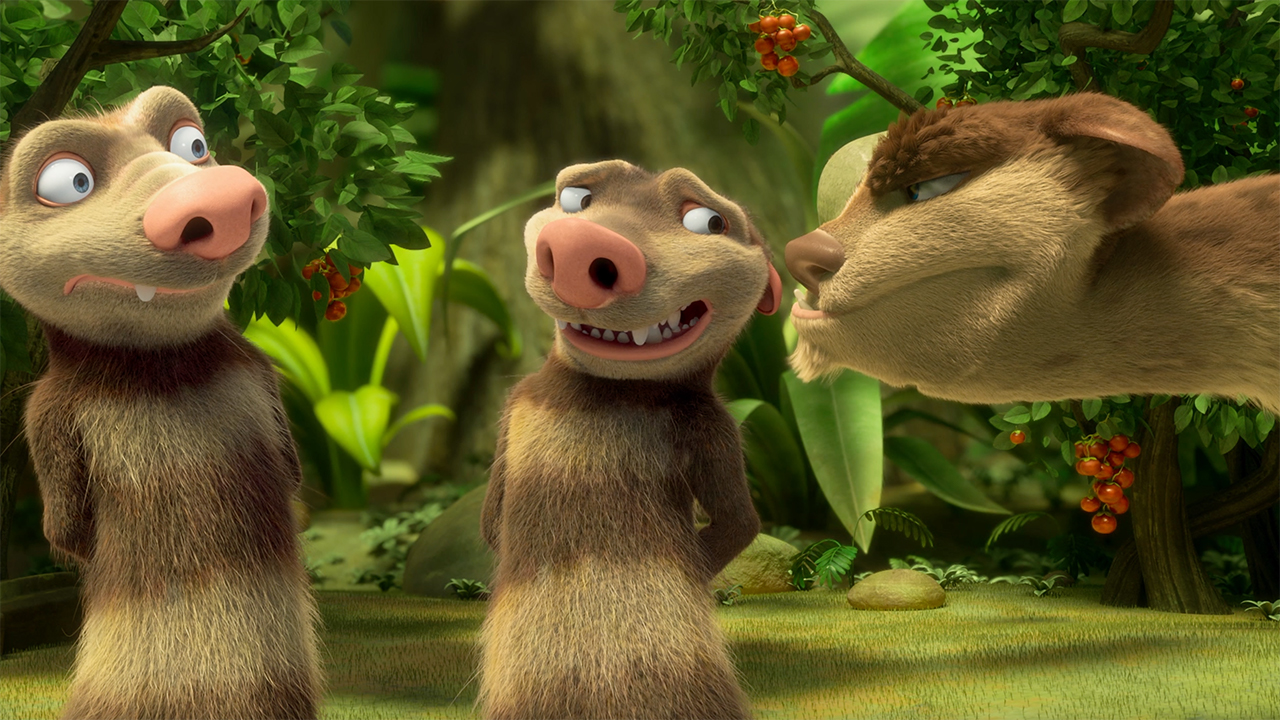 On the memorable moments:

“For me, any time playing Buck is memorable just because it’s always such a full on experience. But it was lovely to see a new story coming to life and see this character in new environments. I loved it. Actually, funny enough, I do remember when they first showed me the picture of Zee, because it was really exciting because it’s like another Buck. I know she’s a zorilla, but she’s totally his equal and a sort of counterpart to him in so many brilliant ways. And just getting excited about, oh, he’s got a partner and it just felt like all the possibilities that have eventually now come to fruition felt very possible.”

On his weirdest animal encounter in real life:

“I had Siamese cats growing up and I remember a pitch battle going on in my garden between one of my cats and a weasel, which was extraordinary, because the weasel was about a 10th the size of the cat. And it put up a good fight. It didn’t end well for the weasel, I’ll add that. It’s a sad story to tell in this joyous moment, but she wouldn’t let it go. After the battle finish, she would not let it go. She was proud of it. My own animal encounters? My goodness me. I have three dogs and they’re constantly a source of huge entertainment to me. They’re extremely fun to be around. I love that animals give you no BS. You utterly know where you stand with an animal. It’s unconditional love, with dogs particularly. If it’s a wild animal, it’ll just eat you, no problems. There’s no compassion. That’s fine. And you can’t blame it. You can’t blame a shark for doing what a shark does. But I did with the shark that bit me. So I hunted it down eventually and killed it on a boat. Oh, that’s a film. Sorry, I got confused.”

On what he hopes audiences will take away from this film:

“I think one of the things for me personally, in terms of Buck as a character, which is a really sweet sort of sub theme in the film, is about… And it’s quite a male issue is the capacity to be able to ask for help. And Buck is such a loner. He’s so used to doing everything by himself, that the idea of relying on his friends, or trusting someone to do something else, is a little bit uncomfortable for him. And in this movie, he learns that it’s not only okay to ask for help, it’s also okay to ask for help as a guy from your female friends, and to trust in them to take over. And Buck goes on a real journey for that. And I think a lot of guys growing up are taught not to ask for help because it seemed it’s unmanly, which is terribly damaging. And I think for the film to address that is important. Buck understood that it’s okay to lean on people, it’s okay to ask for help. And you trust the people around you, you’re herd. That got serious, didn’t it? But what’s beautiful about these films is that all that stuff is there, and it makes them feel very rich and very nuanced, but it is just enormous fun. It’s ridiculously silly. It’s relentlessly funny. It’s beautiful to look at. But all of that doesn’t mean anything unless it’s founded in something meaningful and real. And these films always have been that.” 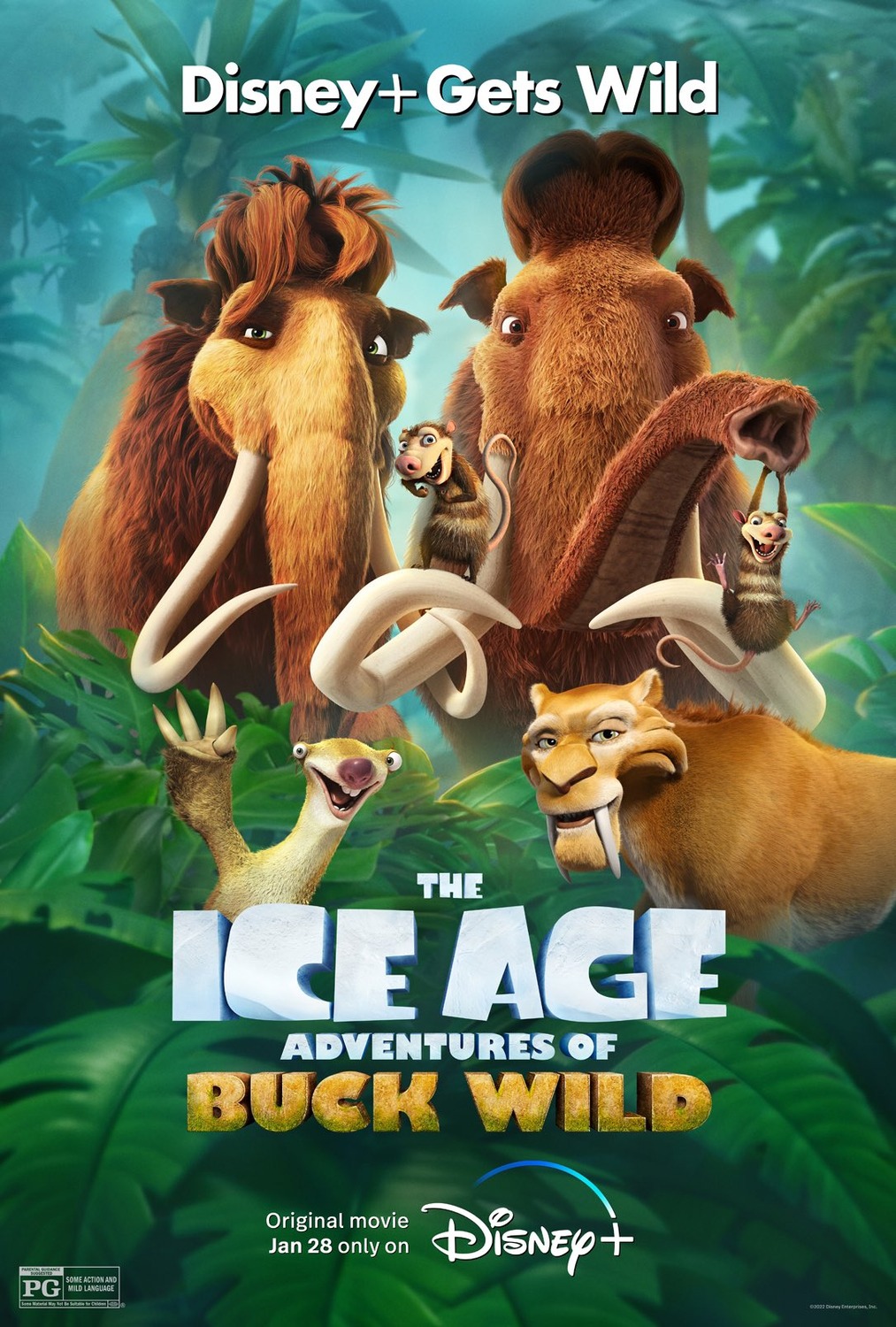